As if we didn’t love him already, Mayor Myrick is a strong LGBTQ+ ally

A new policy protecting transgender employees is in the works

On his October 10th presentation to the Ithaca College community, Mayor Svante Myrick spoke out about his work towards LGBTQ+ equality and the importance of acting as allies to those who part of the LGBTQ+ community, especially in this recent age of the Trump administration.

Myrick, a member of the National Mayor Against LGBT Discrimination Coalition, has sought to create, and continues to uphold, policies that advocate for dignity, respect, and equity for everyone.

He has issued mayoral proclamations observing National Coming Out Day and International Transgender Day of Visibility, flown the Pride flag atop City Hall. 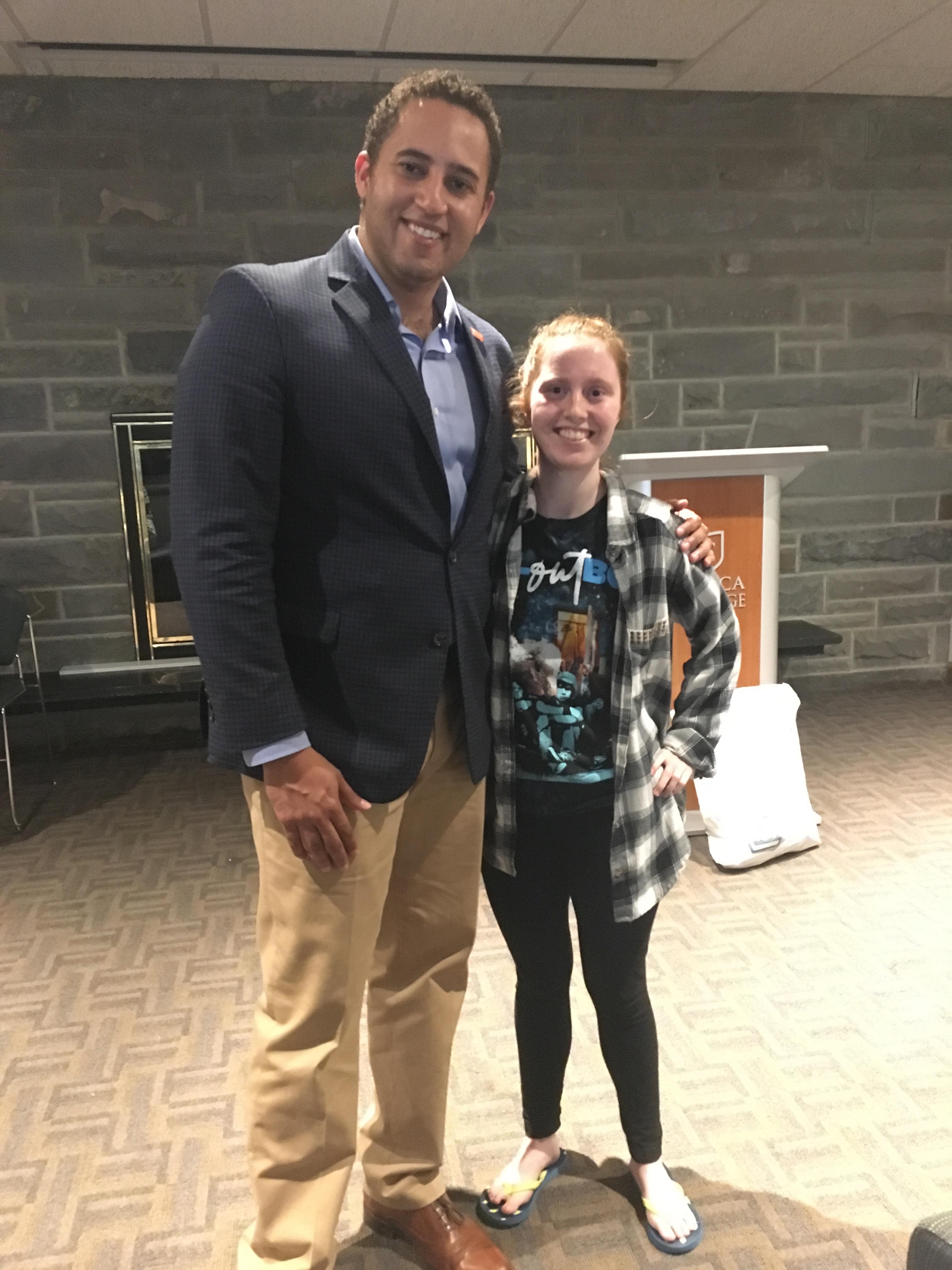 Myrick also announced to the IC community firsthand of his plans to issue a new policy for the transgender employees in the City of Ithaca. Although specific details about this policy were not explained, Myrick mentioned that it will guarantee health care and privacy rights for employees who identify as transgender.

"Elected officials have to take concrete steps to protect people, from suing this administration as we have been to just showing up," Myrick said.

Throughout his talk, Myrick emphasizes the importance of being a good ally to the LGBTQ+ community. In order to be a good ally, he states, you must be active and involved in the overall community. By doing so, it could allow those who are questioning their sexual identity to feel supported.

"Part of the work of getting us to to an America where somebody can just happen to be black, in the LGBT community, etc, means that all of us who identify in that community have an obligation to engage politically in a way that centers our identity," he said.

He also stressed the importance of college-age students being politically engaged and the use of social media by politicians, so that elected officials can focus on representing topics that the people deem important.

After his speech, Myrick opened the floor to answer any questions that the audience had for him; these questions ranged from general information about his life to how former president Barack Obama played a major role in how he views his mayorship and his overall life.