‘Fuck you’ written on the ceiling: Inside Ithaca’s abandoned house

There were red handprints on a window

Halloween is just around the corner and what better way to celebrate than by going to an abandoned home?

My best friend was working on a photo project and she was a just a bit scared to go alone. I decided to go to keep her some company. Besides I thought it would be cool to do something different for a change.

It was 5:30pm on a Tuesday and it was only a seven minute drive from our on-campus apartment.

We reached the house on Penn Street. Outside of the house was a couch, an empty pot and a few wooden drawers on the grassy area. Behind it all was the house that had no windows and looked pitch dark on the inside. 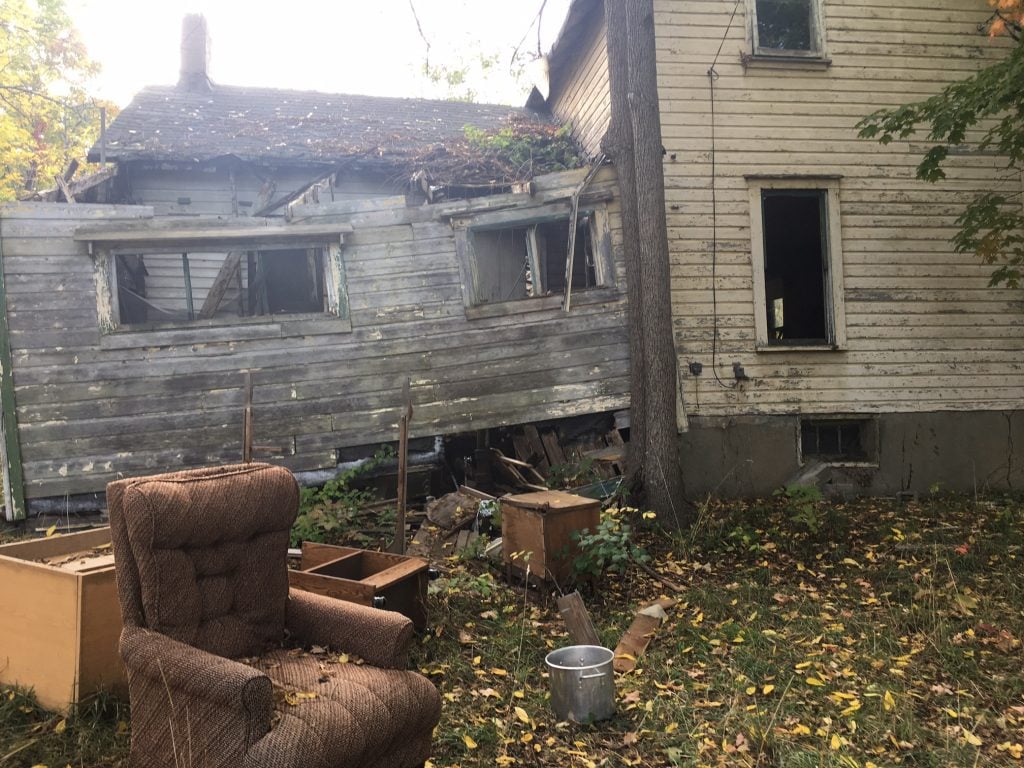 Before even entering the house, my friend and I thought we should create a “secret code” just in case we saw any clowns and needed to make a run for it.

We made one lap around the house and I was astonished. It looked as if someone hadn’t lived there in 30 years. 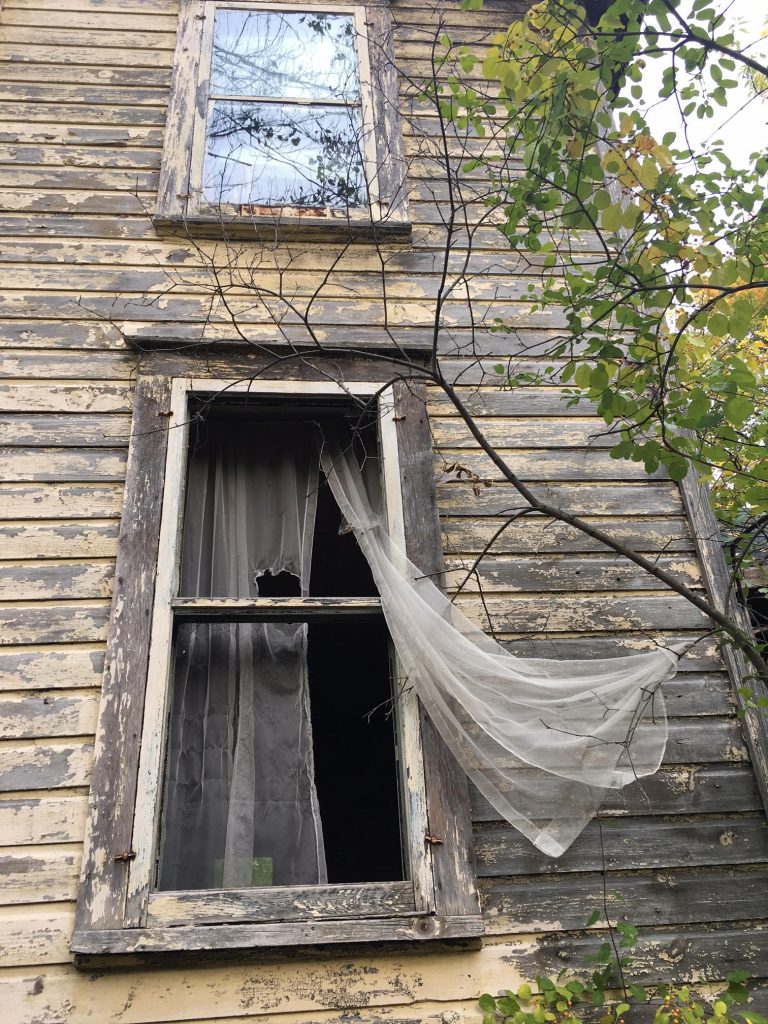 The back of the house.

We first went into the basement and the only light coming through was from the doorway and what we think could have been the bathroom (it was broken down). 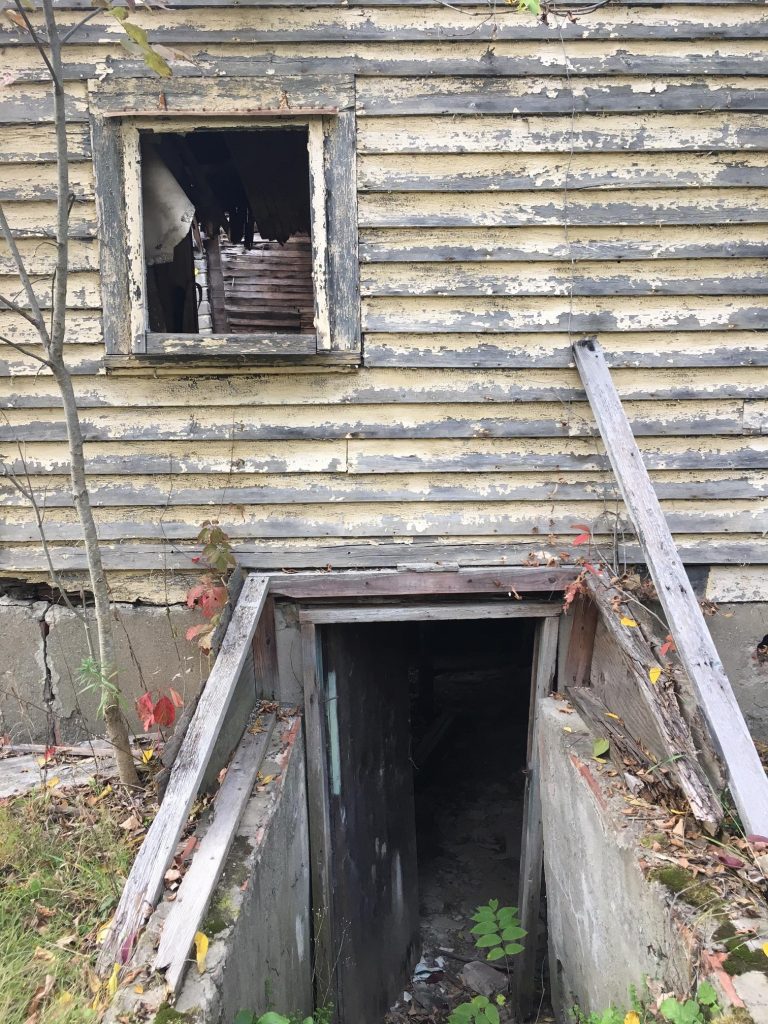 Entrance to the basement.

A door with red, painted hand prints. A 1990s desktop computer. Empty beer cans that I’ve never heard of before. A squeaky floor. Broken windows. A staircase to the second floor. 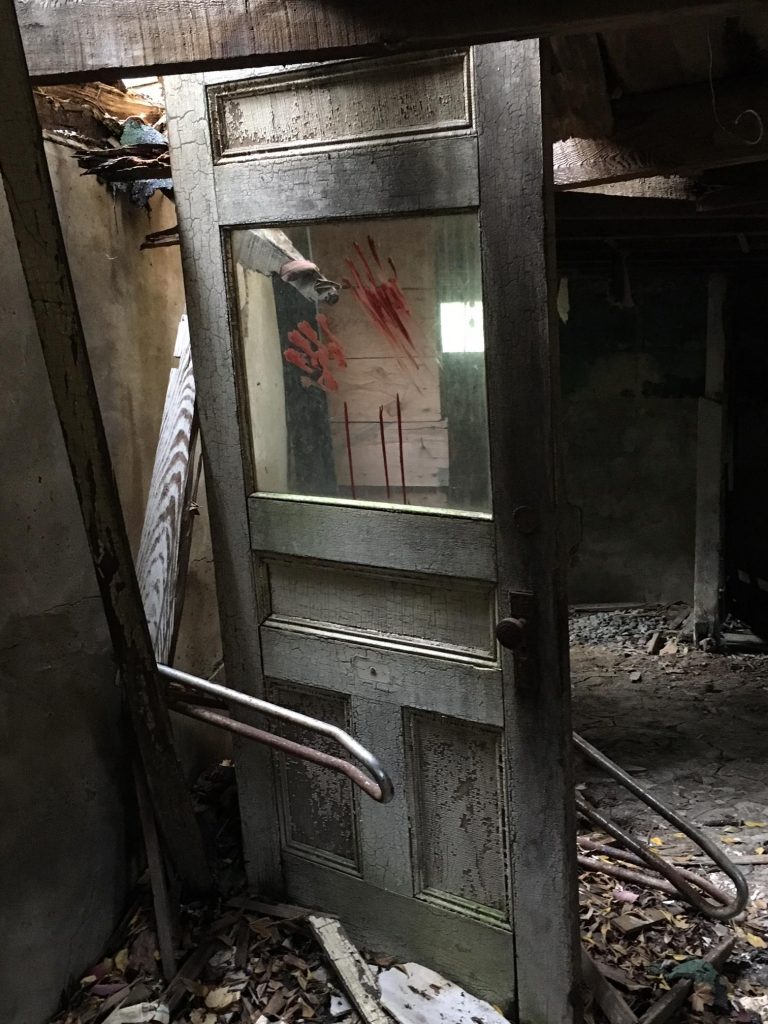 Are you scared, yet?

Being inside an abandoned home was creepy, yet exhilarating because it felt like we were in one of those houses from horror movies. Thankfully it was still daytime. 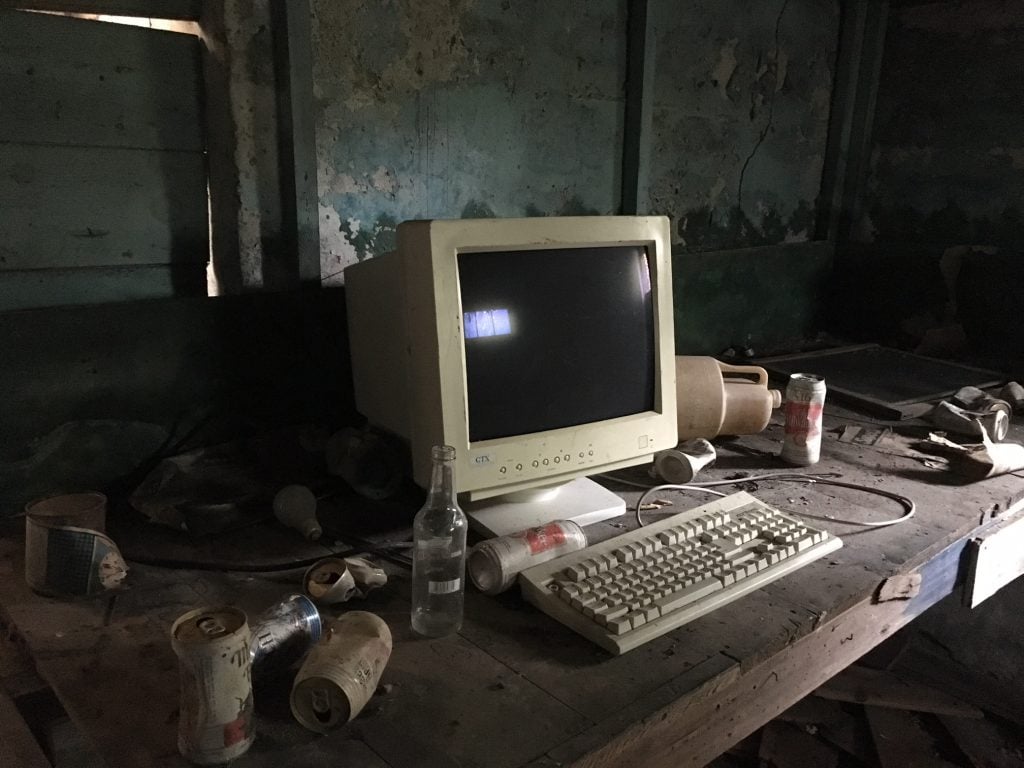 Computer from the 1990s and some trashy beer cans.

As we made our way up the stairs, we found the kitchen on our left and a piano room on our right. The piano was so antique – but some of the keys still worked. Broken wood and papers scattered around the floor – and then I found a small journal on the floor. 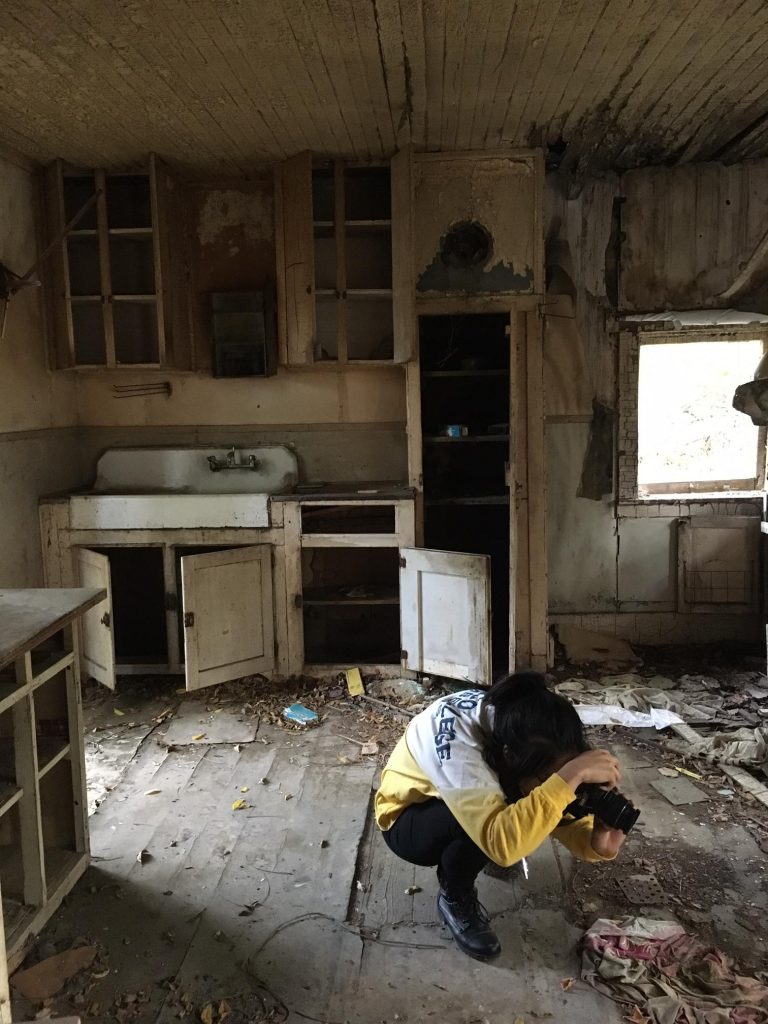 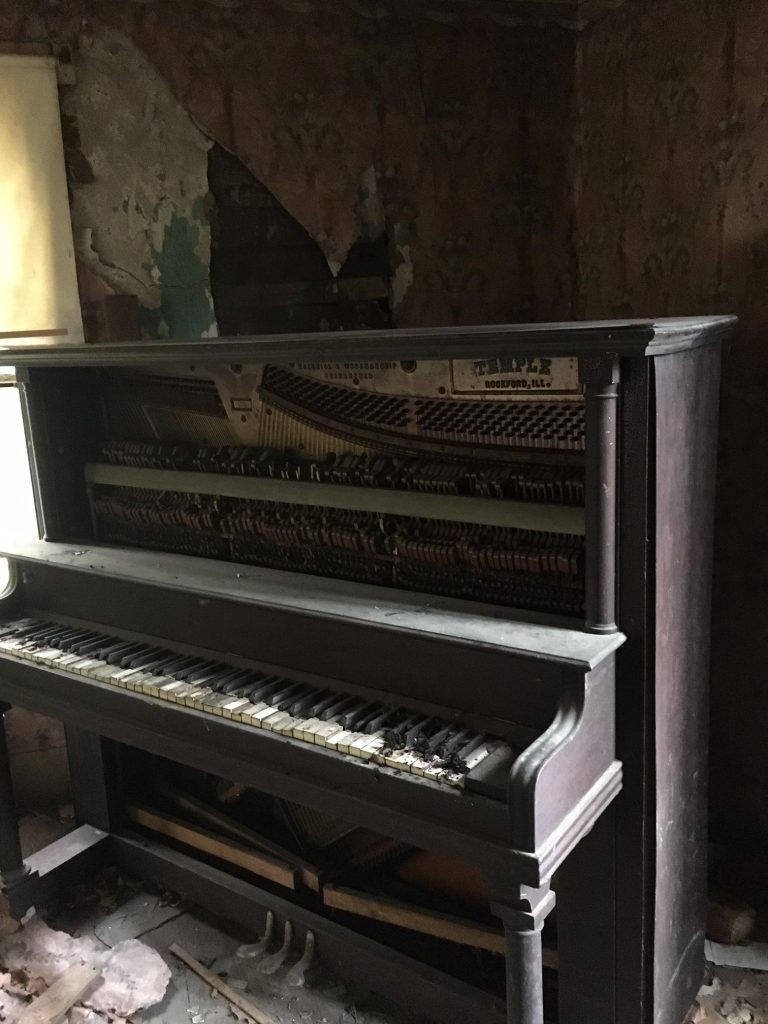 Play me a song.

I picked it up to see if I would find anything juicy or revealing about who used to live in this house. All I found was numerical entries. But maybe they were codes – who knows. It was creepy yet fascinating. 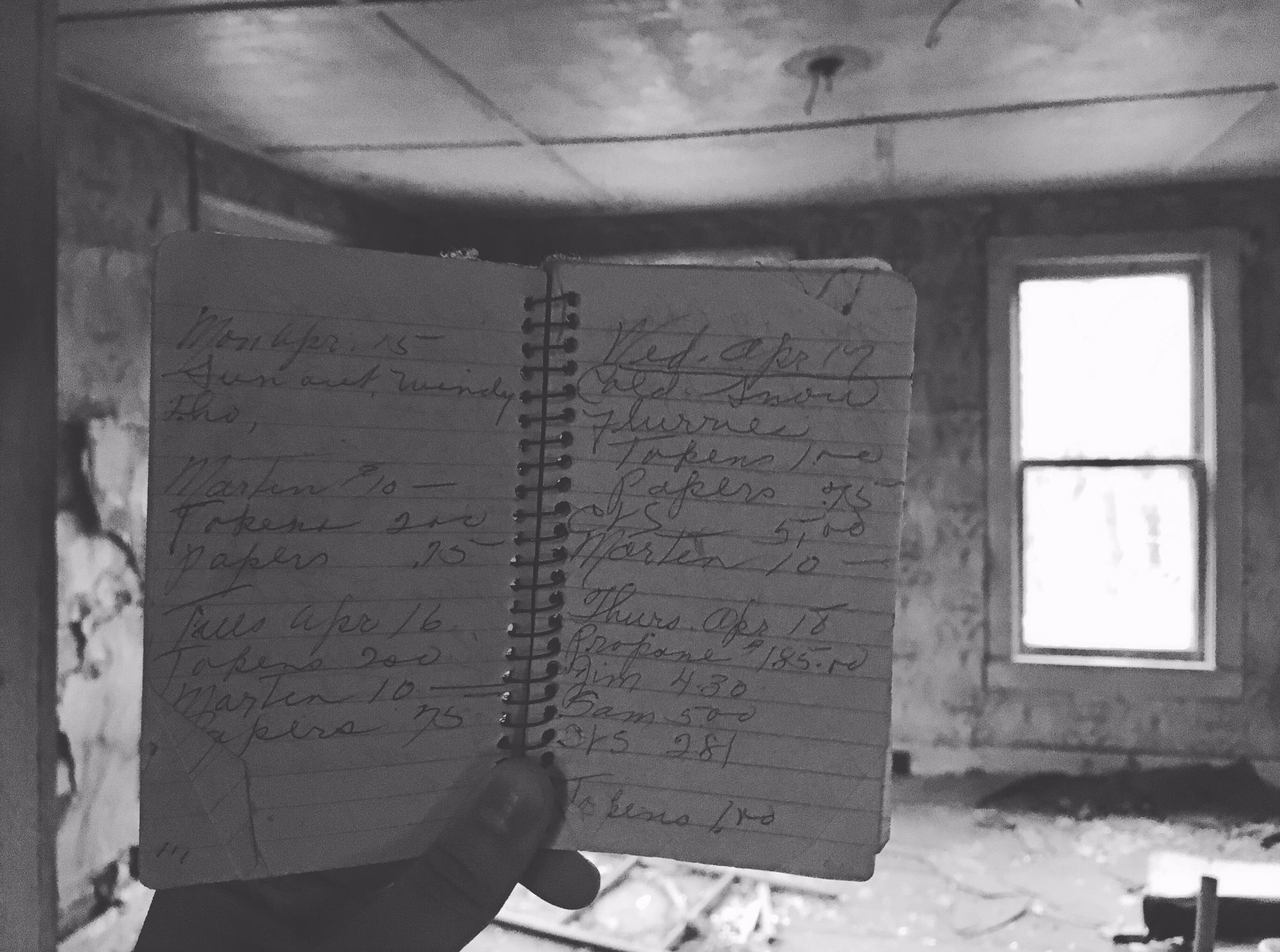 Hidden codes in journal left behind?

And let’s just talk about how cool the attic was (yeah, we went there). A small attic that was super creepy and had “Fuck you” written on the ceiling. I wasn’t intimidated.

There were two attic bedrooms that looked like someone had been there recently. Papers were thrown all over the floor and there was a pair of sandals by the closet. 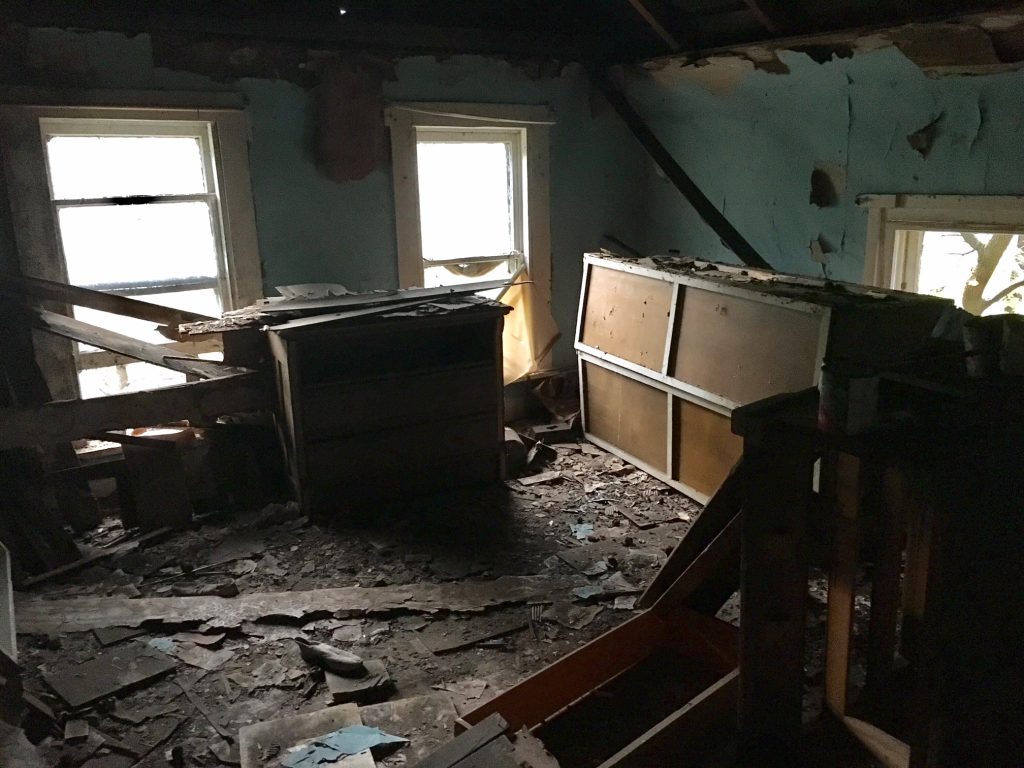 One of the attic bedrooms.

On the other side of the attic was a small passageway that screamed, “Don’t go inside!” We both thought we reached our limit of ‘trespassing’, but we still took pictures. 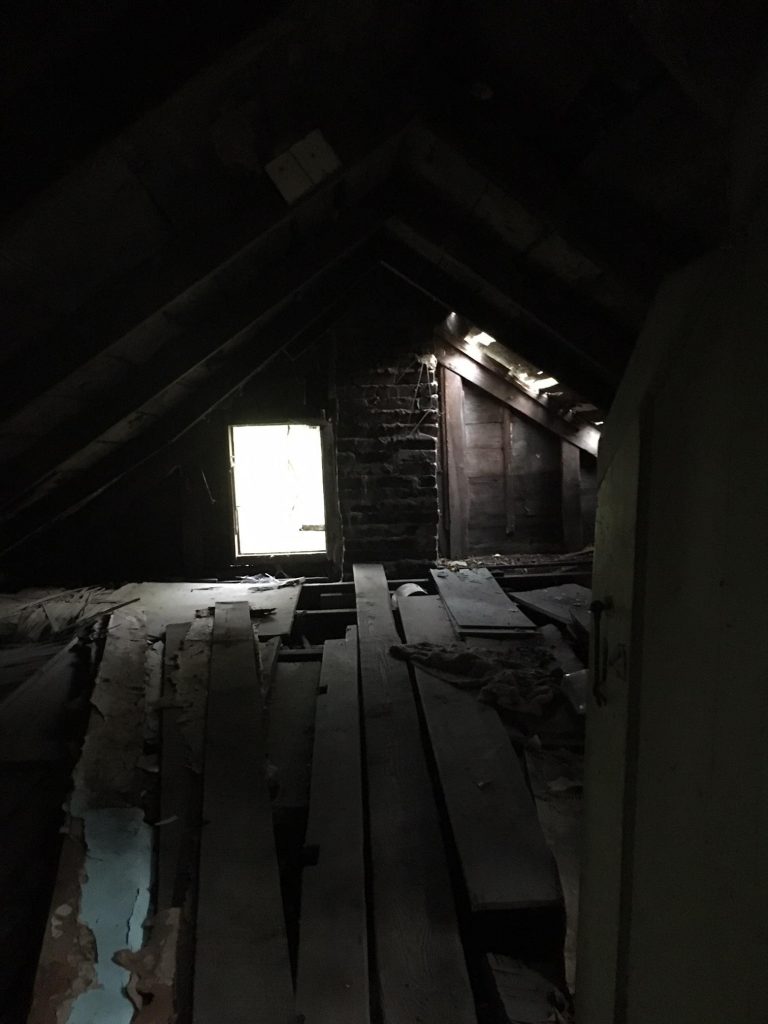 The house was much bigger than what I had thought it would be. It was quite an experience to be in abandoned home – a place where a family of five probably lived in years ago. I definitely wouldn’t go there alone, but if you’re daring enough, give it a shot.