Getting to know #84 Nick Easley

The Hawkeyes wide receiver opens up about his passion for football

We recently spoke with Nick Easley, better known as Hawkeyes football player #84, our very own wide receiver. The 20-year-old born and raised Iowan from Newton told everything about his time playing the game, from his struggles playing at community college to getting an offer to play for the Hawkeyes.

Playing football always ran in the family, Nick told us. His grandfather coached and his older brother played football at the University of Northern Iowa for four years. The game was never too far away from the Easley's.

Although at first Nick began playing the sport only because it was “kind of just what I was supposed to do,” he fell in love with the game and continued the tradition that his grandfather and brother had started. 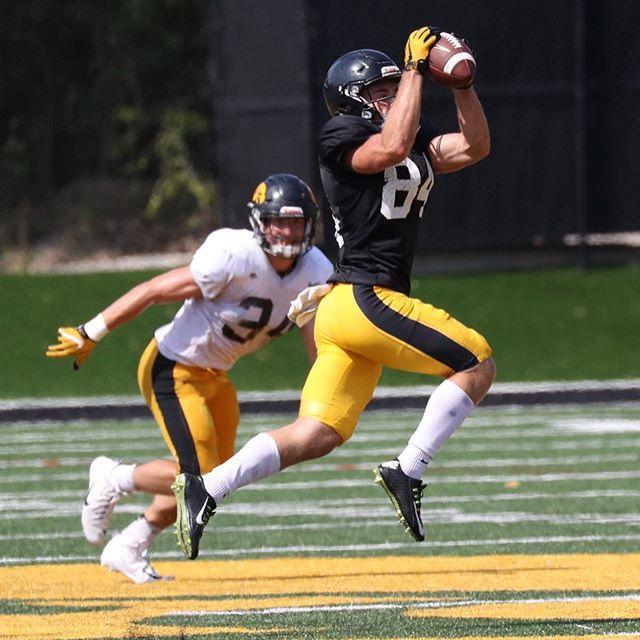 “What I love about football is the bond that you make with the people you play it with,” Nick said. “There is something about playing such a violent game alongside someone that makes you closer than just an ordinary friendship.”

Nick got real with us, explaining that something he genuinely didn’t like about football was that heavy toll it took on him physically.

“My body basically hurts all the time because of the physicality of the game, but that’s just something all football players live with.”

Obviously, Nick is spot on about how hard football is on the body. Just about every football player has experienced some kind of sport-related injury during their playing career.

“I’ve had a lot of minor injuries," Nick told us. "Turf toe, ankle sprains, a pulled hamstring, two concussions, the list goes on.”

During his junior year of high school, Nick had to miss the majority of the season due to a severe high ankle sprain. “It still gives me problems even now," he said. 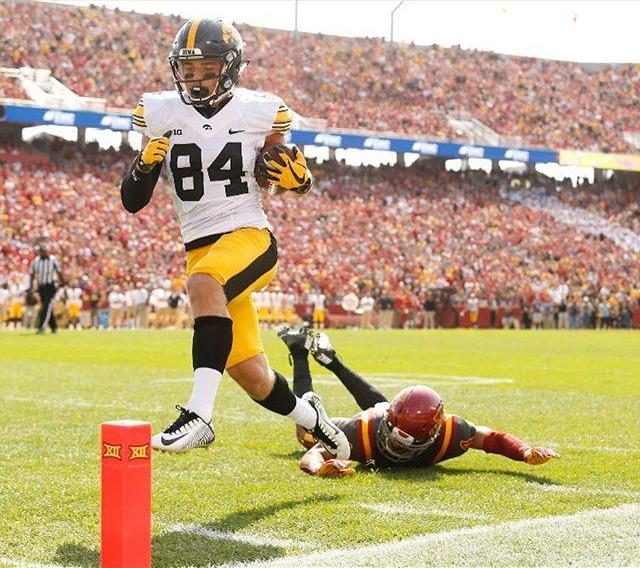 Easley even thought about quitting the sport his freshman year at Iowa Western Community College.

“I was a long ways away from home and not where I wanted to be, but my dad encouraged me to stick it out, and I am glad I did.”

One of the biggest conflicts Nick says he had to deal with was not receiving any division one football offers. Despite feeling discouraged about his future football career, Nick says he stayed optimistic throughout the rest of his time at community college. He knew he was meant for bigger things.

"Some of my friends and even one of my coaches tried to encourage me to go to a division 2 school, but I knew that wasn’t the right fit for me.” Nick said. “Pretty much every coach from a division one school who didn’t give me an offer me in high school was in a sense saying that I wasn’t good enough, and that definitely provided me with motivation to prove them wrong.”

After playing football for Iowa Western his freshman and sophomore year, Nick received the offer to walk-on for the Iowa Hawkeyes, his dream school.

“I grew up a huge Iowa Hawkeye fan and both of my parents graduated from Iowa, so Iowa was where I always wanted to play. It was pretty frustrating when they didn’t recruit me out of high school.”

Nick hopes to go pro after college, but for now he will stay at the University of Iowa, playing wide receiver for the Hawkeyes.

“I think we are off to a good start, but have a lot of improving to do.” Nick said with the rest of the season in mind. “I think we have the potential to have a really good season, but it’s up to us to make that happen.”