‘I searched the word ‘cunt’ and it was 62 results’

Seniors Sarah Portney and Vanessa Kleino published “College Men Speak Out Against Abuse” last Friday, a video in which their guy friends read and reacted to abusive text messages that were sent to them.

“Fuck you, stupid useless cunt,” is read by three different men at the start of the video, followed by a series of other obscene texts that Sarah and Vanessa received from their abusers.

Watch the video and hear the men's responses here

"Honestly I've just never seen anything like that. I don't even think that existed and I hope this video itself will help make that change because there's no place for that in the world. There's really not," one guy in the video said.

This is their story about their abusive relationships.

What inspired you to speak out and be the voice for those who have been in an abusive relationship?

Sarah: "I think what inspired this video was not necessarily giving a voice to those who don't have a voice in regards to abuse, I think it was inspired by giving a voice to our guy friends. It just gets assumed that they don’t understand because they're men. And for a lot of these boys that we're friends with, they do understand, maybe not totally but they have valid arguments and valid things and we consider them allies to the women's feminism movement. You cannot forget about the people who are trying to help."

Vanessa: "And right now it seems to be a gender against gender issue and we're trying to show that it doesn’t have to be, you just have to be a good person. There's bad people on both sides. I know men that have been victims of verbal abuse and sexual abuse."

Describe how you feel now that the video is published

Vanessa: "Kind of relieved, a little anxious. We're just kind of happy that more people are recognizing this is an issue because it's not easily seen. Going up to a person you don't know what they've been through or what they're currently going through."

Sarah: "I think it definitely feels good to put it out there but I have an ex-boyfriend on campus and it wasn't him. And I don’t want people to assume that it was him or associate it with him." 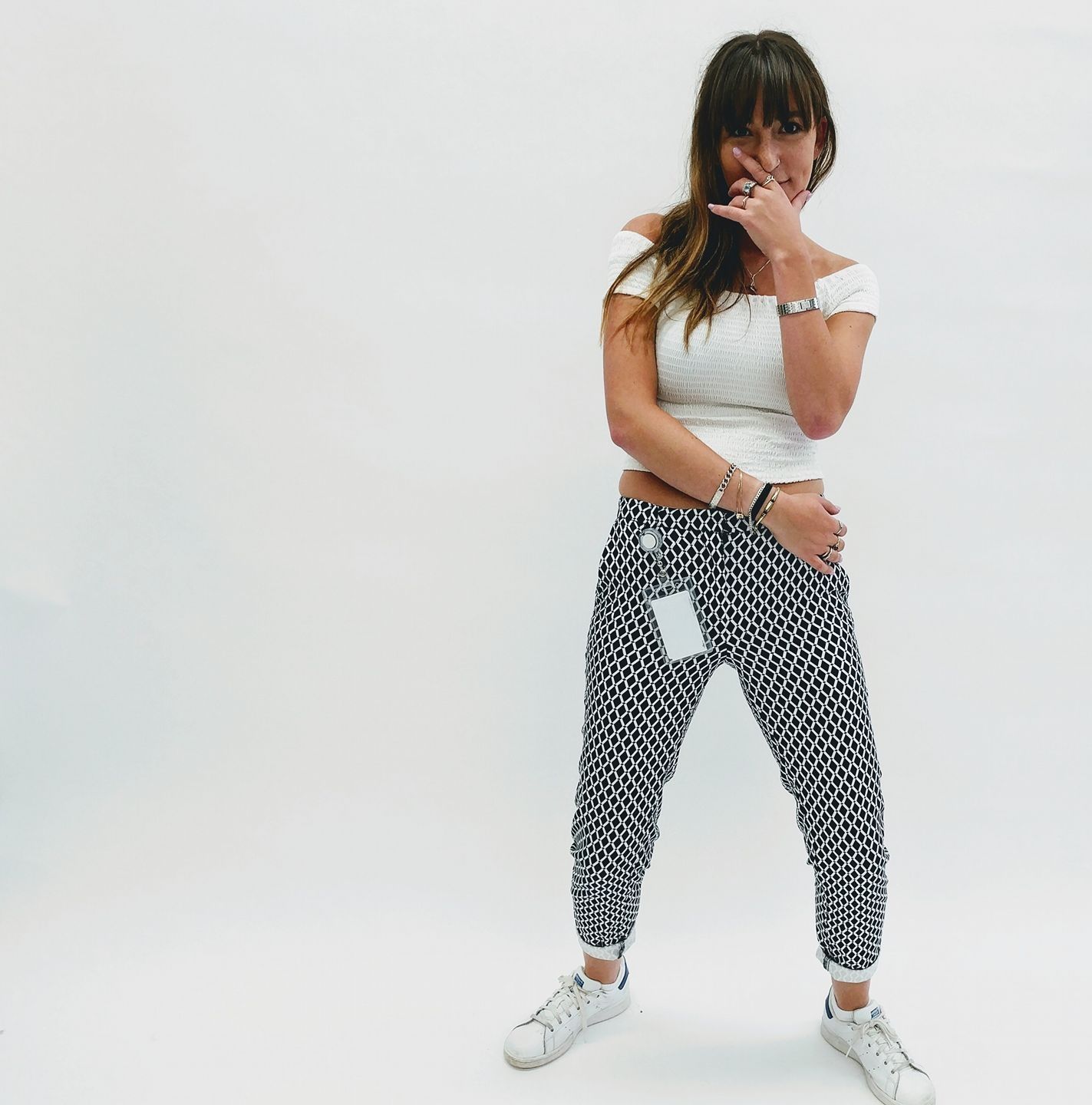 How do you feel about the chance that the perpetrators could see this video?

Vanessa: "I hope he watches it and he realizes that it's him. Because I don’t know, the whole time I was like, is he blacking out when he's typing this and sending me this? So maybe he doesn’t realize it's him. I don't know."

Sarah: "I'm scared. I’m scared of him honestly, so I don’t know. But it's not about that. Like if he wants to come after me, come on. That's on him. You can't live like that. You can't live in fear."

If they do see it, what do you hope they learn from it?

Vanessa: "Not to do it again. I remember that I left him with that because after our relationship had ended he was still attempting to contact me and I just kept saying the same thing, just copying and pasting the same message: please don't do it again. You've already taken up too much of my time, too much of my emotion, my mind. Do not do it again. So, I pray to God that nothing will happen again, but I don't know."

Sarah: "I don't even know how to answer this question, I hate him so much. And I don’t want to say that people can't change because that's not what I'm preaching at all, but I'm not ready to hear from him. If I heard from him I would probably freak the fuck out. I hope he sees it and I hope he feels bad. I hope. It's been two years now, I hope he's moved on from this mindset. He had a drug problem while all of this was happening so a lot of it was that. So, I hope he learned."

How do you hope this inspires people who are victims of domestic assault?

Vanessa: "A 68-year-old woman reached out to me and was like I've never heard of anyone speaking about this issue, thank you so much. I experienced this in my early twenties, and I've never been able to work through it."

Sarah: "We got a text from one of our friends that we didn’t even know had anything like this happen to her and she was like seriously thank you guys so much. It made a huge difference to hear somebody go through the same thing. Someone called her a cancer too, and she never heard of anyone else that that happened to. So, for her to text us that, like that was it. That's the reason we made the video. Both of us got texts from girls who were like seriously thank you. And guys too. It happens to guys too." 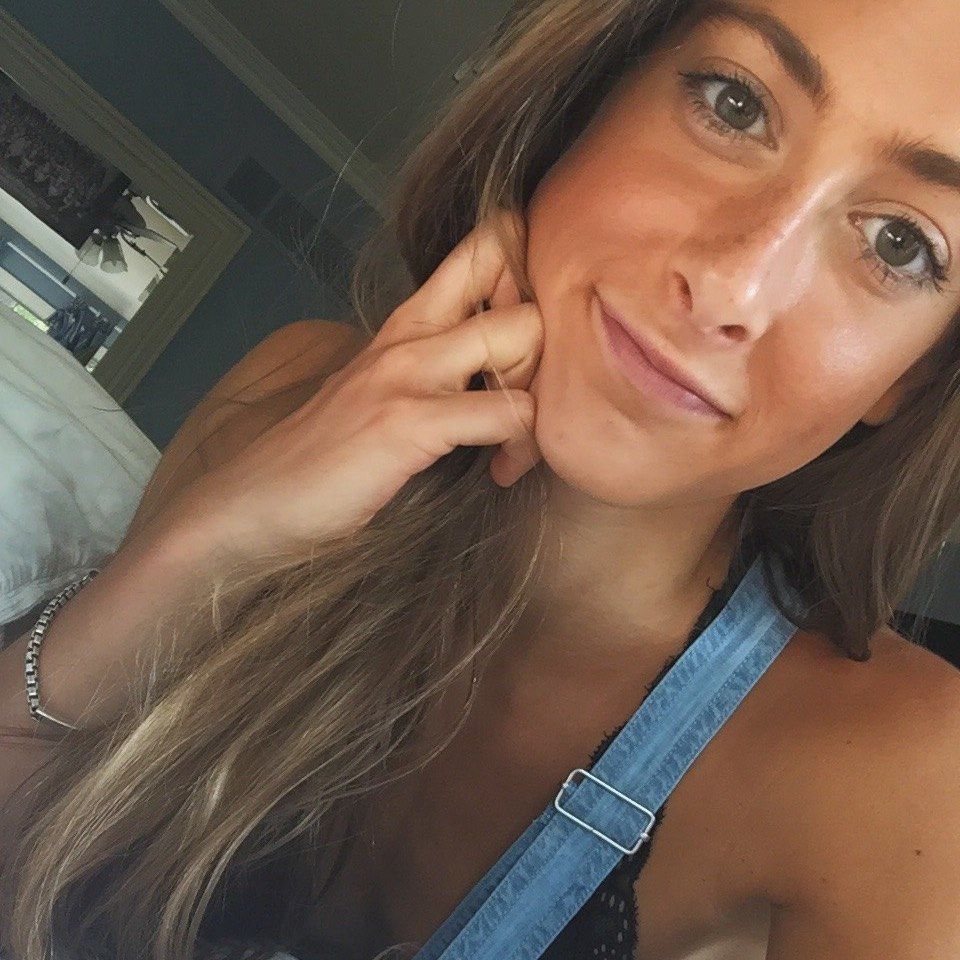 Sarah: "The thing that got me out of this was my mom texted me a picture of the cycle of abuse and I read it and was like oh my god. So that was what like totally flipped the switch for me and it was so simple, so small, so easy, like a tiny little infographic that my mom sent me and I was like wow, I need to stop this before I die. Like literally. So, I think if it could have that affect, that's what I need it to do. You get so sucked in to this little pigeon hole of 'this is your life and this is your world and it's never going to end' and you accept it as your life. And just to break that glass ceiling and be like 'no, it doesn't have to be like that' is exactly what I feel like we were going for."

Vanessa: “And we definitely agreed on that. Because if we had seen it we would have been like we're over reacting. Because it's so monotonous. It was every day, like mine was pulled from two weeks of Facebook messages when my phone died. And I searched the word 'cunt' and it was 62 results. So, it was like legit like multiple times a day."

Vanessa: "But I was like 'oh, we're long distance it's normal for me to not be allowed to drink at parties' or like for me to send pictures of my outfits before I leave the dorm for class. And it wasn't normal but I had no idea. So once people are like okay, this is fucked, that would have been it for me. I would have been like oh duh. Because no one's stupid, you just think it's a relationship and it's up and down. And it's not."

Were all the hateful messages sent to you?

Vanessa: "Just us two. We had some cold ones. But I mean it was such a sensitive new topic that we didn’t feel right about dragging anyone else into it."

If you or someone you know is suffering from abuse call the national domestic abuse hotline: 1-800-799-SAFE or seek out help from the IU counseling and psychological services: 812-855-5711. #metoo