Snapchat is getting stoned because of the Bob Marley filter

Ah, 4/20. A perfect day for you to kick back, relax, and enjoy the finer things in life like baking in the blazing sun, maybe sipping a Bud, chilling in the grass, and feeling like you’re flying high. I’m talking about National Weed Day.

This week there has had a fair few… subtle… 4/20 nods in Bloomington over the past couple days. Yesterday was free cookie day at Baked! And tomorrow is Customer Appreciation Day at Jimmy Johns where you can get subs #1 through #6 on the menu for a dollar. Snapchat’s celebration of 4/20 was blunt as they released their Bob Marley face filter today.

The filter itself is Bob Marley’s face with a red, yellow, and green beanie and dread locks. You can also jam out to some of his hits as you hash out your selfies and every time you raise your eyebrows, the song changes. Snapchat thinks the filter is dope as they say it was created in a joint effort with the Bob Marley Estate, but it’s got a lot of people upset comparing it to blackface.

When I heard of this release I was expecting the dread locks and beanie, but not so much Bob Marley’s actual face. I wanted to use it to turn myself into college-age Ted Mosby from How I Met Your Mother and take a bite of a fat sandwich. The result of my attempt was quite disappointing and very offensive to any normal person’s sensibilities. 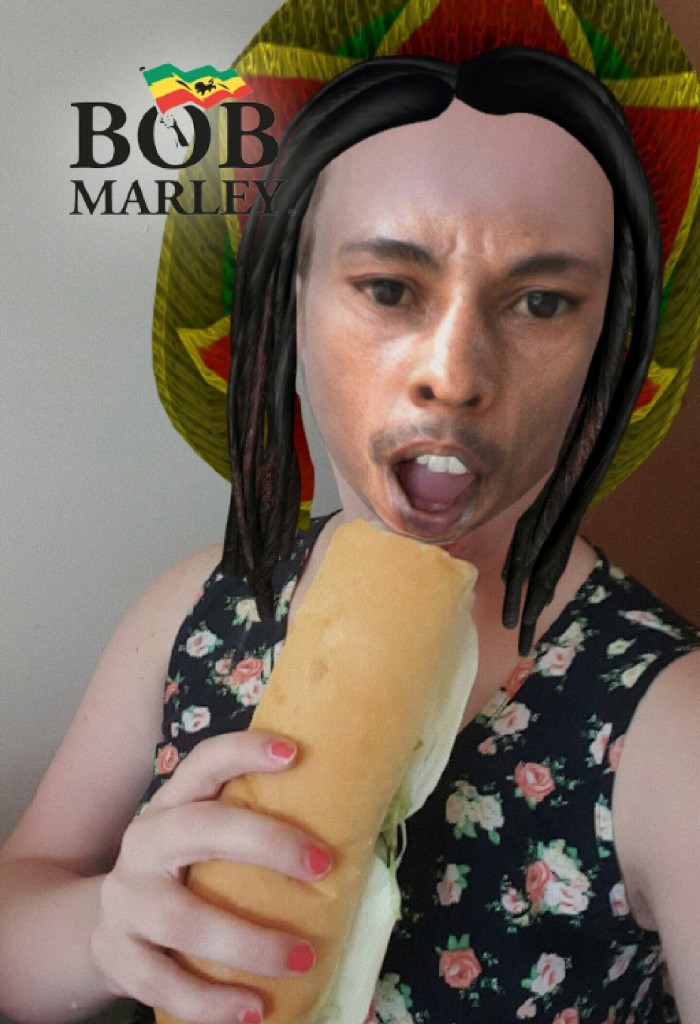 Snapchat could’ve done a better job making it less racially insensitive by not having the filter change the skin tone of the face. They could’ve also chosen the famous pot leaf to get their point across for to-daze activities.

On a campus as statistically white as IU’s, this isn’t really cool. While there are tons of people that love Bob Marley and are also herb friendly, it isn’t a good idea to give several thousand white people across our campus (let alone across the entire country) filters digitally emulating blackface. Blackface was a real and horrible thing our white culture used to portray African Americans, and I thought we had moved on from that.

I understand what Snapchat was trying to do, and at least it was one specific person’s face we’re trying to emulate, but they went a little too far by going with the skin tone. The rest of the media has primarily stoned Snapchat for this filter, but there is one thing I’m not sure everyone realizes.

Snapchat did decide to celebrate someone who is not white and whose music can be enjoyed by generations of people. However you celebrate the holi-daze, make sure you have a race-friendly 4/20.