IU is totally the inspiration for the American Hogwarts

If you disagree, you’re a dumb Muggle

New additions to magical academia include Castelobruxo in Brazil, Mahoutokoro in Japan and Uagadou in Africa, according to the article on pottermore.com.

Not much is known about the North American school of Ilvermorny. But as a Harry Potter fan and Hoosier, I wanted to throw my two cents in and say that IU could totally be the inspiration for it.

Let’s think on stereotypes for a minute: Northwest has a questionable reputation, and is right next to Memorial Stadium. Think parties, think outspoken: Gryffindor. Southeast is near Jacobs, and has lots of chill music kids: Hufflepuff. Central is near Wells, so think studious: Ravenclaw. Northeast has apartments, sort of on the outskirts of campus where they enjoy less supervision. Who else is on the outskirts of their campus? The dungeon common room of Slytherin.

We have a Harry Potter Society and a Quidditch Team

So obviously we want it pretty bad.

The HP Society meets weekly, and holds several discussions a semester on such themes as the ethics of J.K. Rowling and whether or not Snape was a saintly outcast or slimy traitor. These discussions get very heated, believe me, and they had to implement rules against throwing people and/or things across the room after previous incidents of that nature.

They also host an annual Yule Ball with the IU Quidditch Team in Alumni Hall, where young wizard-wannabes dress up in their best robes and eat their weight in magic-themed snacks. 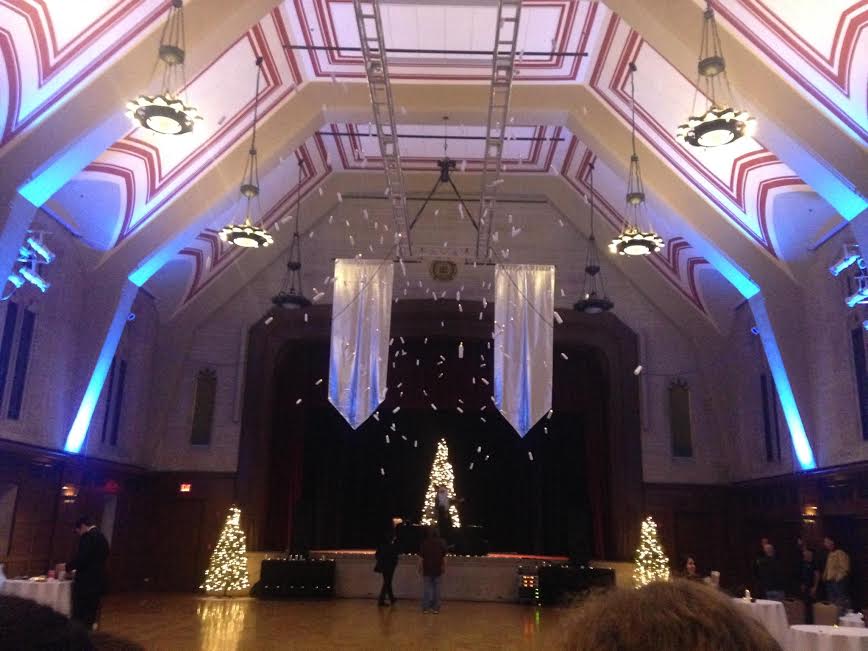 IU’s Quidditch Club, the Midnight Snipes, travels across the region to play games against other university quidditch teams. Recently, they traveled to BSU for the Super Ball Brothers Brawl, a 16-team tournament. And last spring they competed in the Quidditch World Cup hosted in South Carolina by the International Quidditch Association. 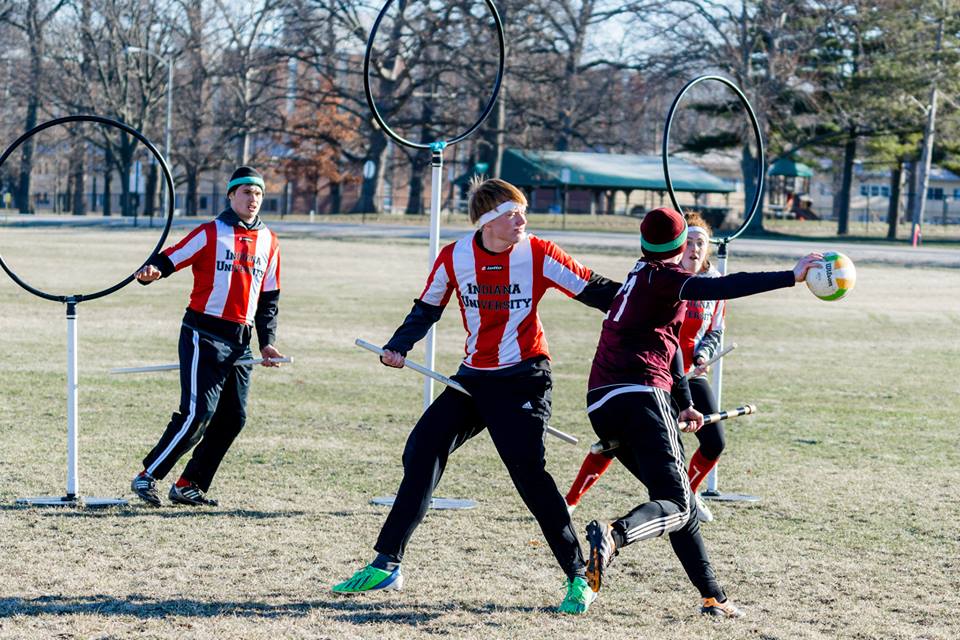 Look around, lots of these buildings already look like Hogwarts-style castles. 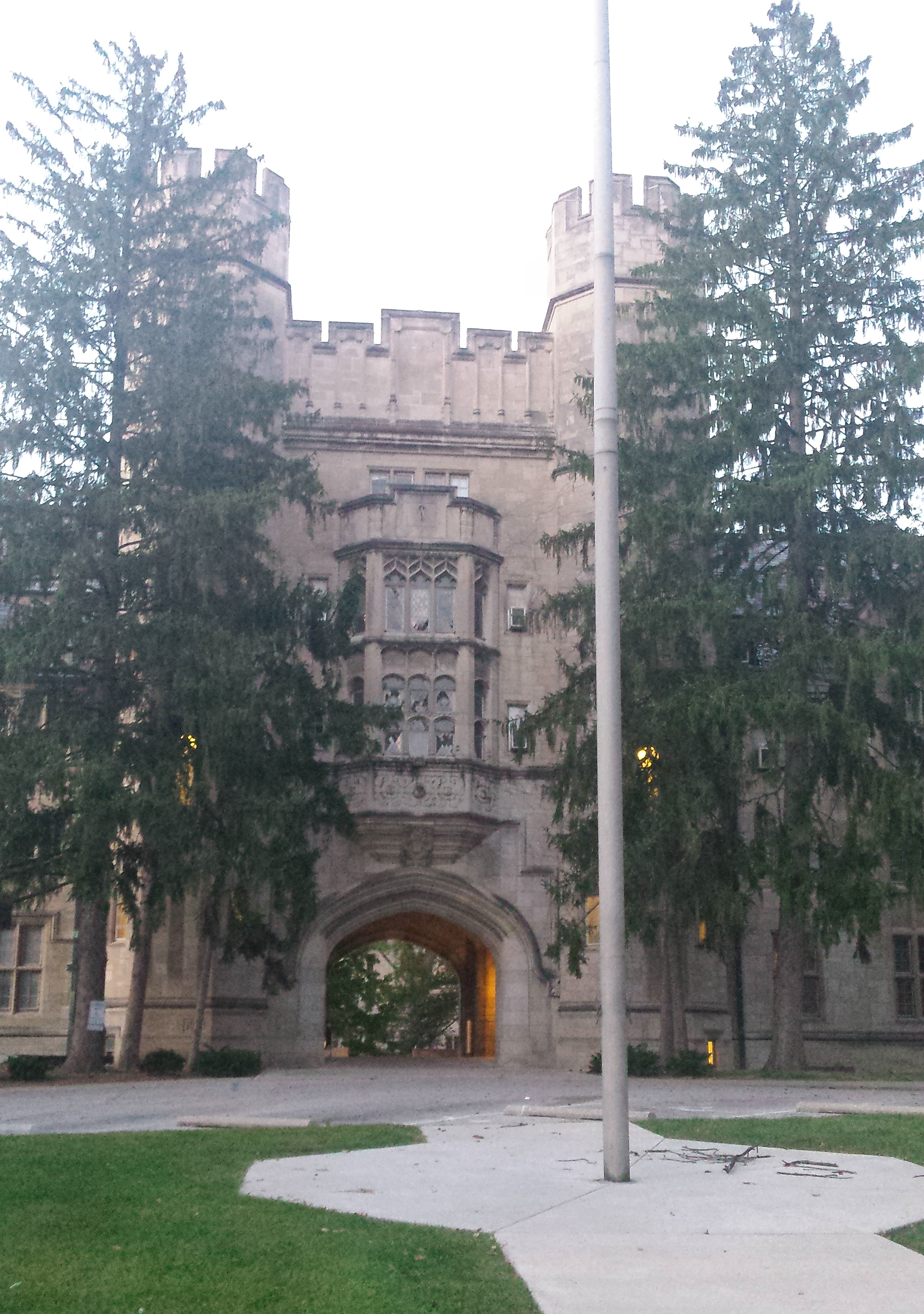 There’s the gargoyle on Maxwell Hall: 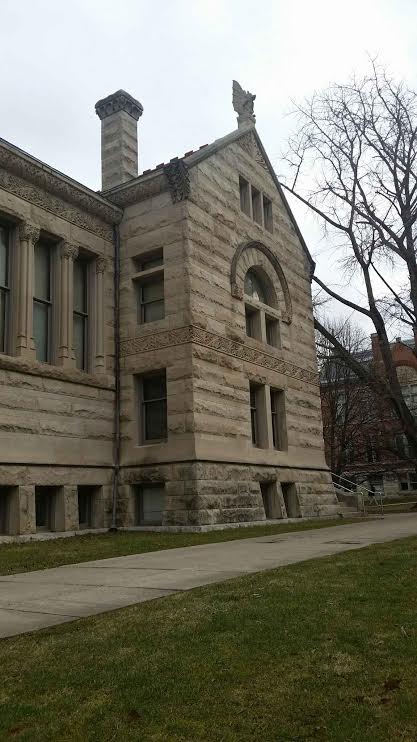 It’s got a freaking gargoyle

There’s even a dining room in Collins nicknamed the “Great Hall” because — well — I mean, just look at it. 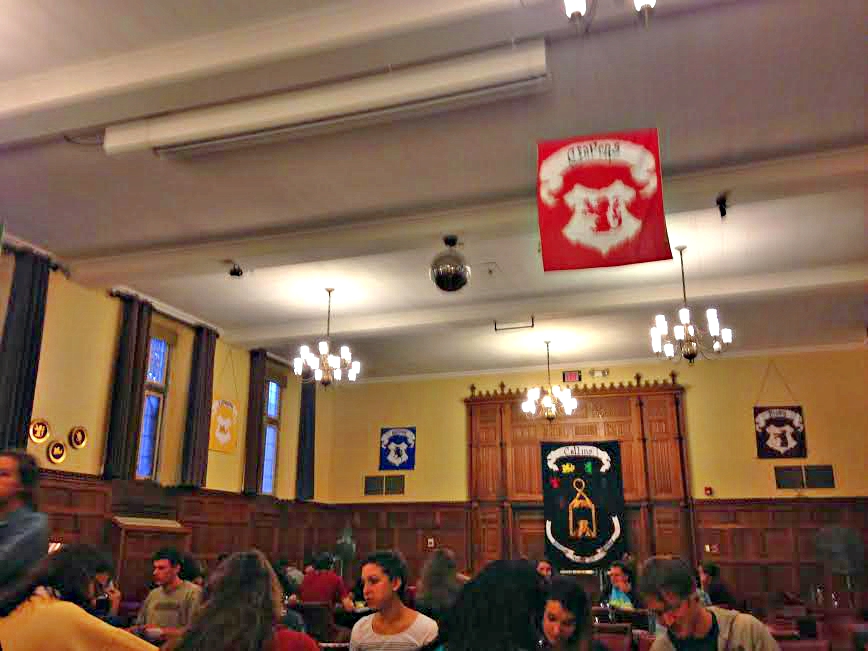 The ‘Great Hall’ of Collins, decorated in a Hogwarts theme, courtesy of Daniel Aufmann.

There’s the freaking IMU. I wouldn’t be stupefied if a giant squid lived in the Jordan River. 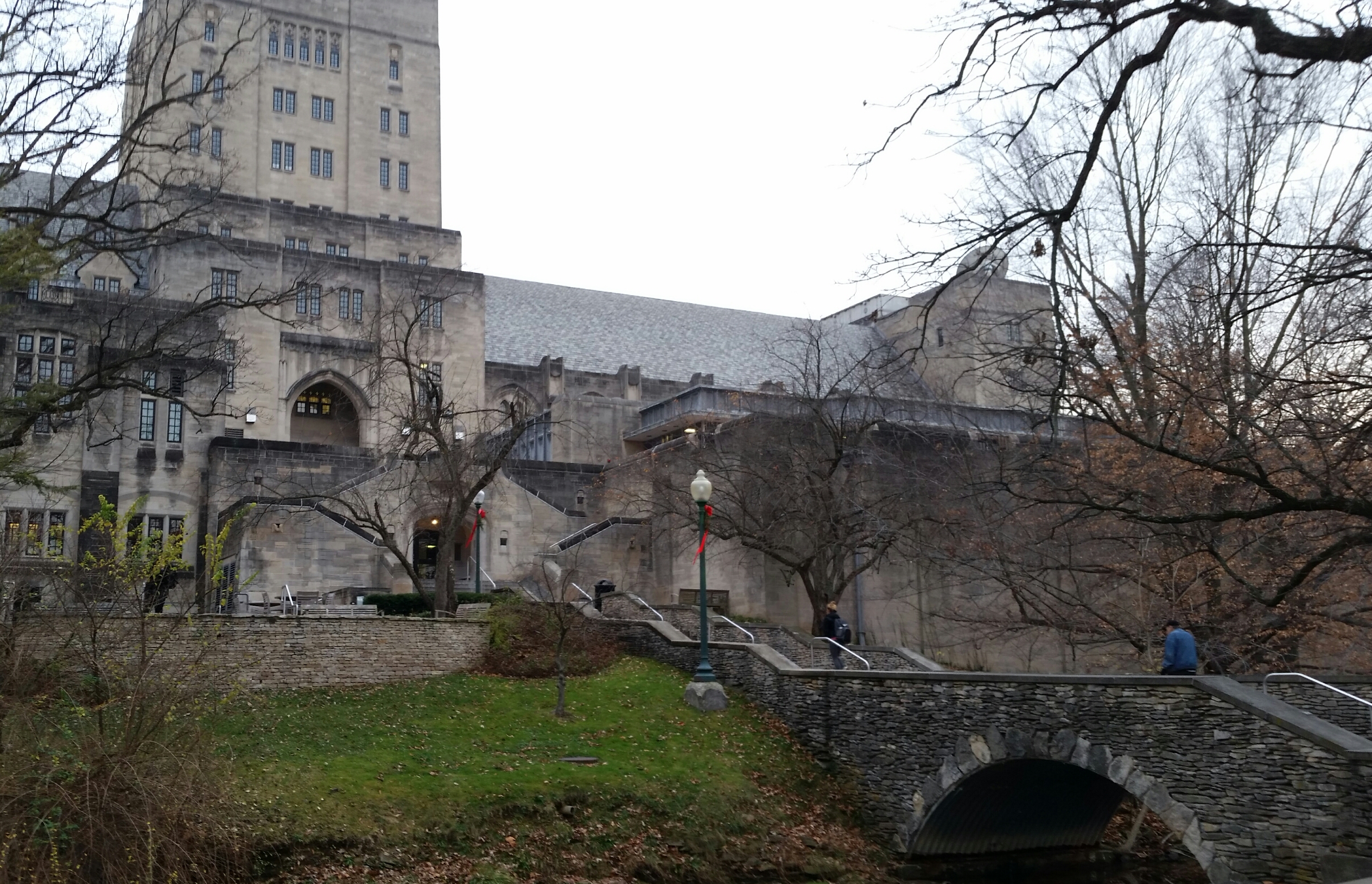 Kirkwood is Hogsmeade: think about it

There’s places to get great international food, and cute little boutiques to splurge on things you don’t need. There are enough bars that you’re sure to find one to be your own Three Broomsticks or Hogs Head. And regular beer can make you just as warm and fuzzy as butterbeer, just use your imagination.

Not to mention, it looks gorgeous in the snow.

Our professors are equally crazy

Okay, maybe not life-endangerment-crazy, but we’ve all seen our profs do some pretty strange things.

Like one of my professors, who without fail tells us to make sure we don’t get arrested before our next class. Or another, who talked nonstop for 30 minutes straight, paused mid-sentence to look down at her watch and then said, “Alright, I’m done talking for today. Goodbye.”

But all of them are here to teach us, if we let them. It’s just like Harry’s professors, except for the fraction of his faculty that had literally tried to kill him.

Hopefully none of them are possessed by a dark lord, or determined to employ the most painful and cruel punishment techniques they can think of, like not canceling classes when the temperatures are life-threateningly frigid.

Looking at you, Provost “Umbridge” Robel.