Undocumented Illinis come out of the shadows to support ACCESS Bill

The proposed bill would provide undocumented students with financial aid

This past Monday was the Coming out of the Shadows event at the University of Illinois Urbana Champaign as students and supporters took the stage on the quad to speak about the ACCESS Bill. The Student Access to College and Career- Education for Statewide Success Bill (ACCESS) if passed would provide financial aid to undocumented students enrolled in a four year public university in Illinois.

There were couple of key speakers at the event including U of Illinois Pres. Timothy Killeen and State Representative Carol Ammons who spoke about their support for the SB2196, Student Access legislation. If passed Illinois would join fellow states California, Minnesota, New Mexico, Texas and Washington who have enacted similar pieces of legislation. 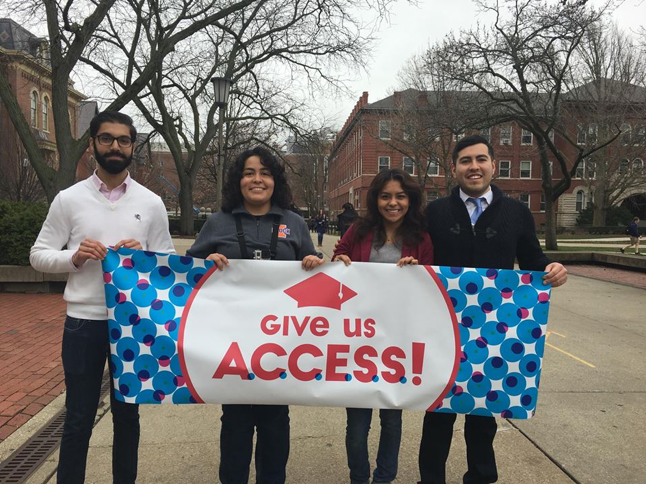 As the crowds gathered in front of the union, students were encouraged to send a postcard  to their district representatives in support of the bill. The president of all three of the University of Illinois Universities, Timothy Killeen spoke briefly about the formulation of the bill years ago as well as how crucial this bill could be for the 1,500 undocumented students attending public universities in Illinois. He said: “Our undocumented students are huge assets to our state.” 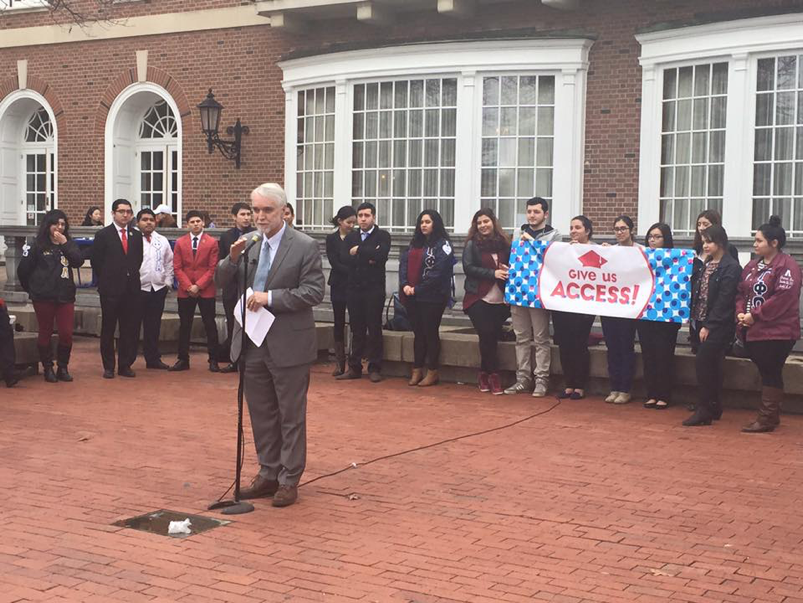 There were five undocumented students who shared their stories. As they spoke, there were clear common themes of heartbreak and sense of urgency in their stories. Jaime Nolasco, spoke about how his mother’s sacrifice in putting his future over hers, which cost her health even though he was always a bright kid and was not able to obtain enough support to pay for school. Ana Rodas highlighted the negative stereotypes about undocumented immigrants and urged us to be open minded to other peoples stories. Vishal Disawar’s speech addresses the student opposition and trying to unite the different education struggles (MAP grant, ACCESS and Budget) together.

Lastly, I spoke about my story of being undocumented after coming from Mongolia when I was 8 years old. Mine was a story of how I felt ashamed and embarrassed of my status for many years. But I decided to come out because I want to empower other to come out so that we can all work together to pass a comprehensive immigration law in the united states. 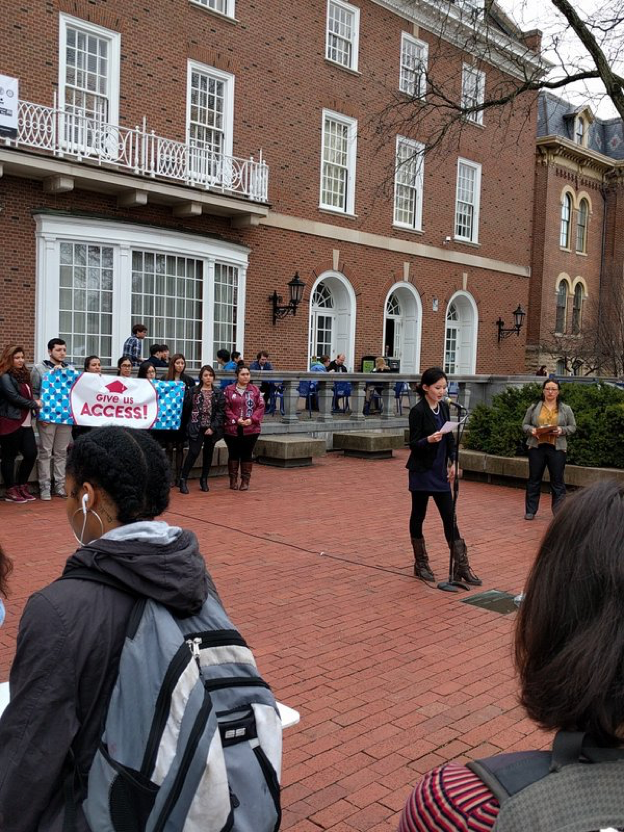 Some powerful words from the students at the event:

“We come out of the shadows and share our stories in order to put faces to a crucial issue and to lift our voices. But we can’t be successful alone.”

“We are students who want to get an education to improve our lives.”

“So today we ask all of you to join us in this fight and advocate with us. It takes a community to unite and take a stand to make change”

You can support the bill here.