A little adventure never hurt anyone

There are many places on campus junior Firehaus (not his real name) has never seen. A student fascinated by adventure, Firehaus is interested in the hidden parts of UIUC, the places which are only rumored to be accessible.

Last December, Firehaus checked one of these locations off his UIUC bucket list: the coveted steam tunnels.

“It just seems like the spirit of adventure, the feeling this is some place not many people have gone, and it’s a place I can explore that’s more untouched than the rest of campus,” he said. 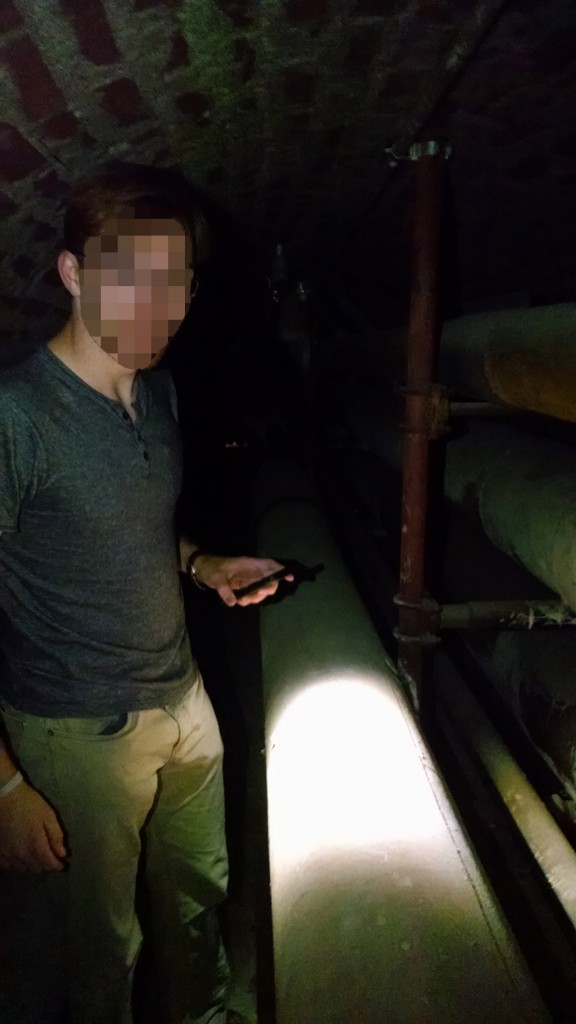 Firehaus, along with three of his friends, spent a December night adventuring around campus. The team explored various buildings before they eventually entered the Noyce Lab through the north end. They journeyed into the basement and found a gated area. Within the gates, surrounded by janitor equipment, laid a two foot in diameter manhole.

“We weren’t necessarily looking for steam tunnels, but we came across them,” Firehaus said.

One of Firehaus’s accompanying friends, freshman Red Lion (not his real name), understands the full scope of the steam tunnels throughout campus.

“There’s a massive system of tunnels underneath campus to carry hot steam from a centralized heating system, so they have pipes going through carrying steam they use to heat the campus like through radiators,” Red Lion said. “The tunnels, if you get into them, allow you to go between all the buildings on the Main Quad, South Quad, most of campus and underneath Green Street too.”

By Firehaus’s estimate, approximately half the campus is aware of the tunnel’s existence but only a quarter have taken the journey into them. That evening, Firehaus and another friend climbed down the manhole while Red Lion and the remaining member of the group stood watch. Each of them were aware this adventure broke university rules. According the student handbook, Enabling unauthorized access to campus facilities may result in suspension or dismissal from the University. 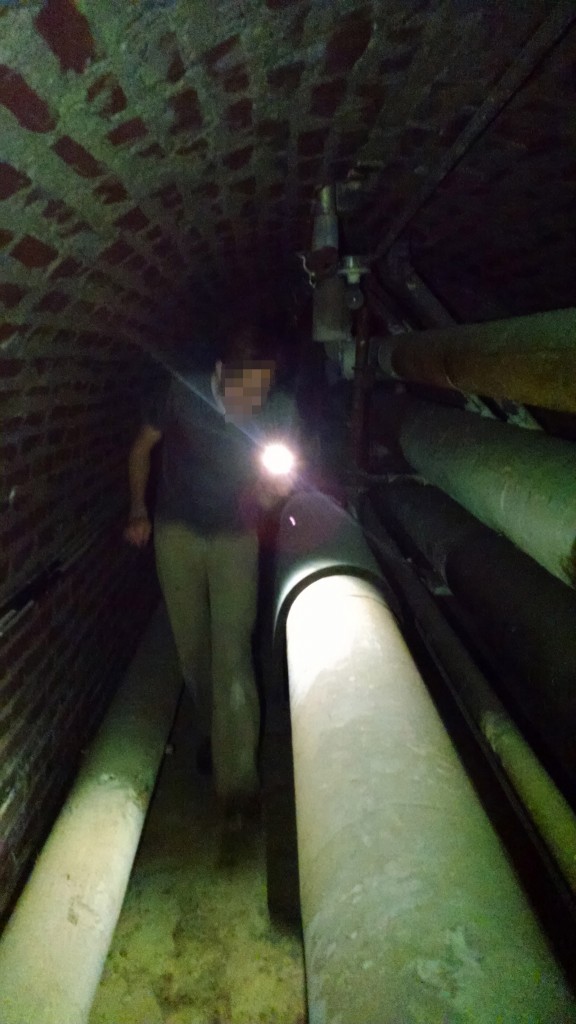 Firehaus said the steam tunnels were just large enough for him and his friend to crouch their way through. Over 100 degrees Fahrenheit, the pair had to remove their jackets upon entry but were still uncomfortably hot.

“It was a lot of industrial pipes, then we got to this door, which is like a four foot tall door you could open and close,” Firehaus said. “I’m not sure what the purpose was, but then on the other side there was this wall which a lot of people had signed with chalk, I guess just to claim they were there.” 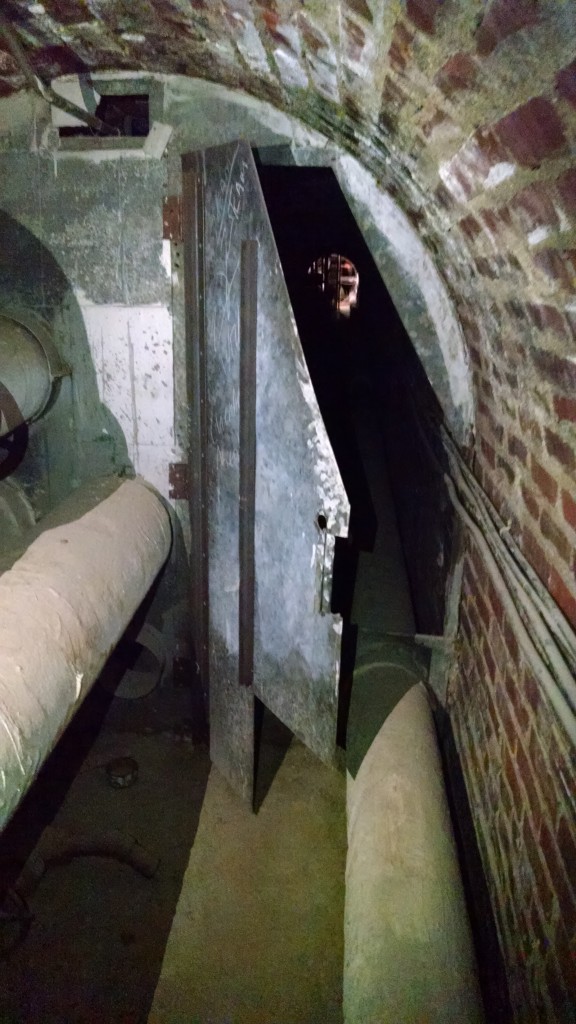 Firehaus said there was a small cradle of chalk near the graffitied wall. After adding his name to the wall, he and his friend continued on into the tunnel for half a mile. They eventually reached an opening to another building which they recognized as the Chem Annex.

“When we went into the big open area in the Chem Annex we heard something jostling around and noises,” Firehaus said. “We weren’t sure if there were people there or if those were just the normal sounds of the heating system. We thought we could just come back later and it was not worth the risk of getting caught.” 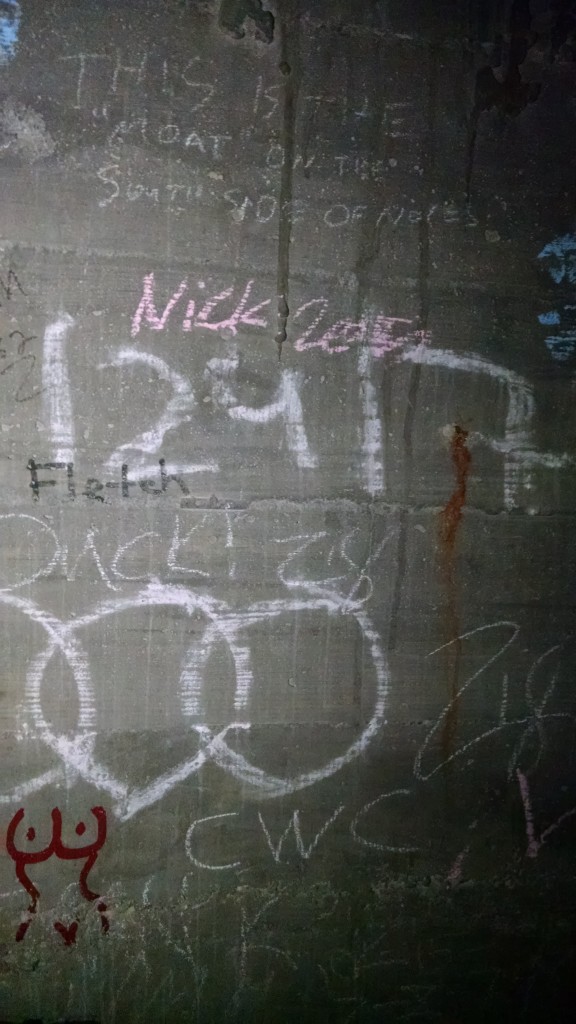 The graffitied wall within the steam tunnels

The pair quietly left the Chem Annex and followed the tunnels back to Noyce. Firehaus believes he traveled half a mile into the steam tunnels before turning back. The journey was only 20 minutes long, but it left a profound effect on Firehaus and his friend.

“I guess the reason why I go in the steam tunnels is the feeling you have, kind of like an adrenaline rush, like being very on your toes, being like, ‘Oh, there’s a chance I could get caught,’ it seems not necessarily immature but youthful,” Firehaus said.

“I think there is a sense of excitement affiliated with being in the steam tunnels.” 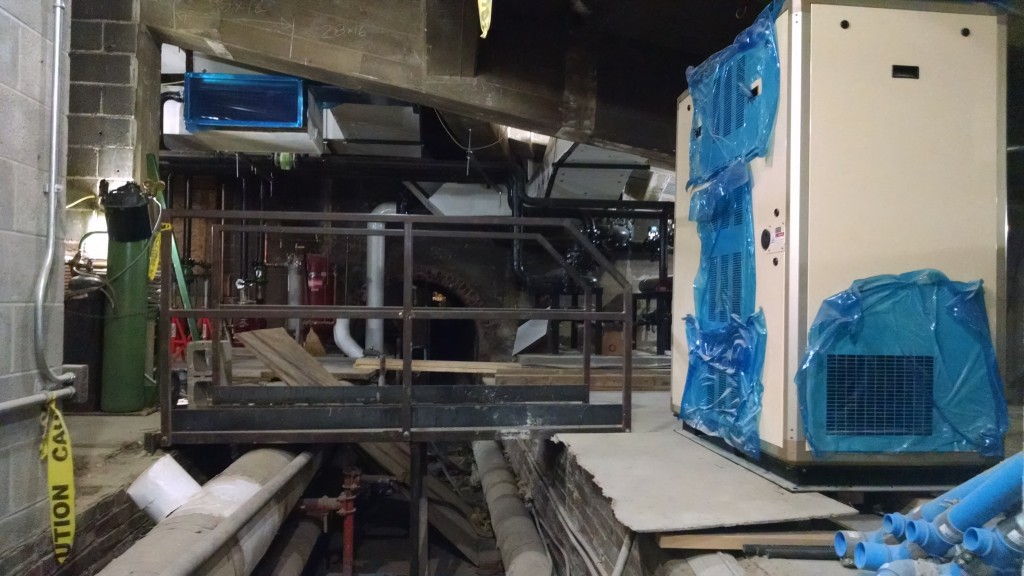 Firehaus plans to return to the steam tunnels some day and explore more of its hidden passageways. In the meantime, he, and all students, can study study up on the tunnels through its popular Reddit page.