We followed up with the former president, as well as the FFCR member who sent his impeachment notice

We recently spoke to James Fletcher Dilmore, who was removed as president of Florida State College Republicans in January of 2017. He was accused of sexual misconduct, solicitation of sexual favors for board positions, and embezzlement of $16,000 along with former treasurer, Ben Hoades.

The story garnered some national media attention, with the Daily Beast citing Hoades as saying “we don’t keep most of our money in the bank, I tend to hold onto most of in cash and spend it when we need to.”

The Tab FSU first reported on the Dilmore investigation in January.

Dilmore has since been cleared of wrongdoing through a trial presided over by FSU faculty, and has reached out for the first time to speak on how the situation affected his last few months at Florida State after the notice sent to him by former chairman Cade Marsh.

When the story broke

The initial shock quickly turned into anger for the former College Republican, who says there was no questioning or lines of communication between him and the Florida Federation of College Republicans (FFCR) before the impeachment decision. When asked about his initial reaction he said:

“I was in shock and disgusted by the sleazy political play. Such grossly unfounded allegations were clearly an attempt to defame me.”

But what Dilmore considered a political ploy was defended in January by former FFCR chair Cade Marsh, who at the time described the situation as requiring immediate suspension because of the severity of the charges brought forward.

When asked if he thought the FFCR were appropriate in their handling of this situation, Dilmore insisted they voided their obligation for due diligence, and had they fulfilled that obligation he never would have been placed in this situation.

James Dilmore had no shortage of words when describing how this misguided investigation impacted peoples perception of him – both on and off campus.

“I believe the allegations were purposefully made public (thanks to FFCR) to properly smear my good name in politics and to the general public. Many publications happily picked up the story, though the claims continued to have no substance or basis.

“I began to receive calls, text, emails and messages from people I’ve never known nor had contact with, yet they eagerly hurled insults and made threatening statements towards me. Many people I had known my entire life soon severed all ties, believing I was guilty as charged. As I walked around FSU’s campus I received the most disgusted of looks and the occasional insult. Clearly my headshot on the cover of the school paper served its purpose.

“I was the talk of the town back home, and coming from a small town like Chipley, FL, there is nothing more pervasive and damning than being the center of town gossip.”

Dilmore has recently graduated from FSU, but this came before the investigation cleared his name in the matter.

“If being the outcast of my small community wasn’t enough, I soon found out just out hard it is to land job interviews and get past the ‘name googling’ stage of the employment process. Since I am a graduating senior, securing employment is vital. I had gone to college to increase my job prospects, not to become un-hireable.”

I specifically asked Dilmore why the FFCR would target him in a way that he believes deliberately tarnished his reputation, when he was only a few months shy of graduating and leaving the chapter.

“Politics is all about power, I am a outsider, I am not of the political establishment. I was a Trump supporter from the time he announced, unlike everyone else in FFCR. I come from a completely different cultural background than them. I am very southern and represent a completely different part of the Republican party, this only makes me more of an outsider.

“I was also a rising star and had built the largest and most prominent club in the state, with no help or contact from FFCR.”

This lack of contact with the FFCR was obviously a focal point in the allegations previously lodged at Dilmore, and one of the many issues the FFCR had with the FSU chapter. 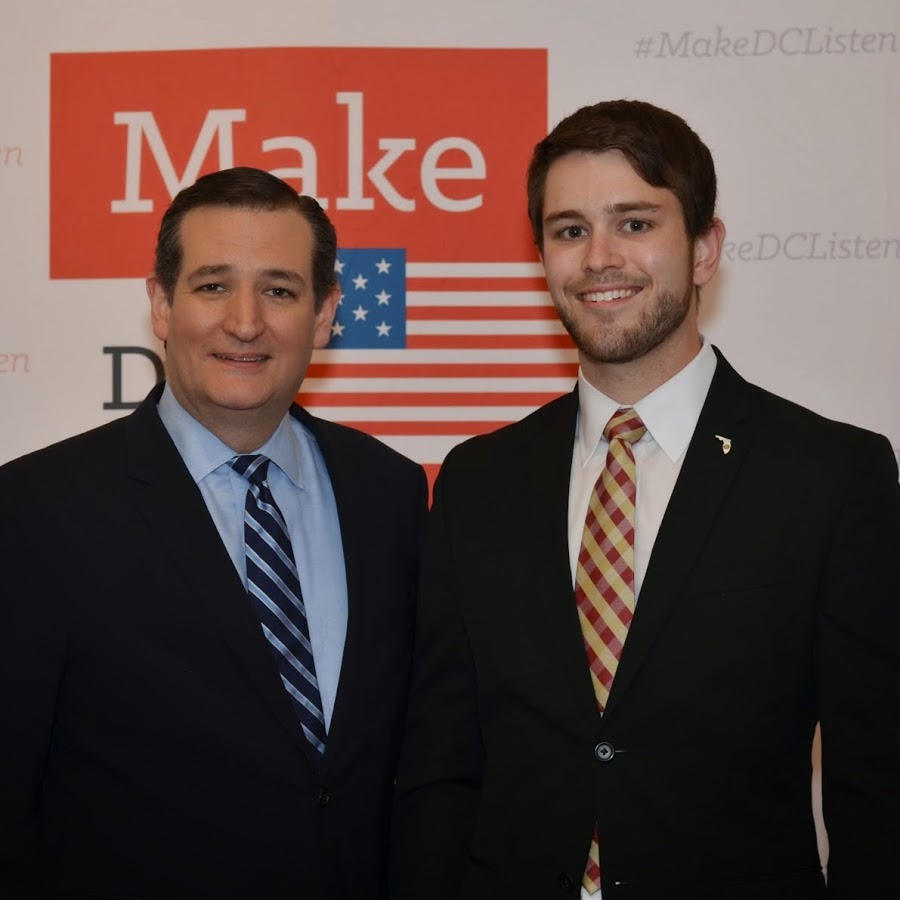 When asked about how the $16,000 that was allegedly missing (which cost Ben Hoades his position as treasurer) was finally accounted for:

“I cannot speak to that, and am rather baffled myself. We never had a budget of much more than $1,000. More interestingly, we were never questioned about finances by FFCR. I can say, FSUPD told Ben it seemed as though someone had it out for him with such a malicious and false allegation.”

The embezzlement claims mostly stemmed from the dues collected from the members of CR, which according to the FFCR were unaccounted for when they looked into how the dues were used for club purposes.

In an effort to rebuild his name following the investigation, Dilmore has set up a Facebook page in which people can follow and interact with him on. It’s purpose is to “end the online smear”, as dictated in the pages description.

Following up with FFCR

I also reached out to former chairman Cade Marsh, who has since been elected to Chair Emeritus, to talk about the events as they previously unfolded as well as James Dilmore’s take on everything.

On the issue of there being a lack of an accuser:

“Fletcher was removed as chairman of FSU CR’s by a near-unanimous vote of the FFCR state board for multiple, pre-meditated breaches of his chapter’s constitution. When the school reached out to us asking for more information on the allegations, we agreed to co-operate fully with the relevant authorities.

“I’m not sure he can say ‘there were no accusers’ when it was his own chapter’s leadership that drafted and signed a formal petition to the state board requesting a hearing. Whatever may have happened in the course of the school’s investigations is neither my business nor was it in my purview.”

Marsh also reiterated the issues with missing funds stemmed from the dues that were being collected, and less about the budget itself:

“Florida State University College Republicans had 300 dues paying members at $20 per person. These fees were all collected in cash and there is still no record of their use for club activities recorded (that we’ve found).

“Under the FSU College Republicans’ constitution, the treasurer and chair must produce a full, itemized budget of all funds within 48 hours of a request made by any dues paying member. Neither Fletcher nor Hoades acceded to these requests.” 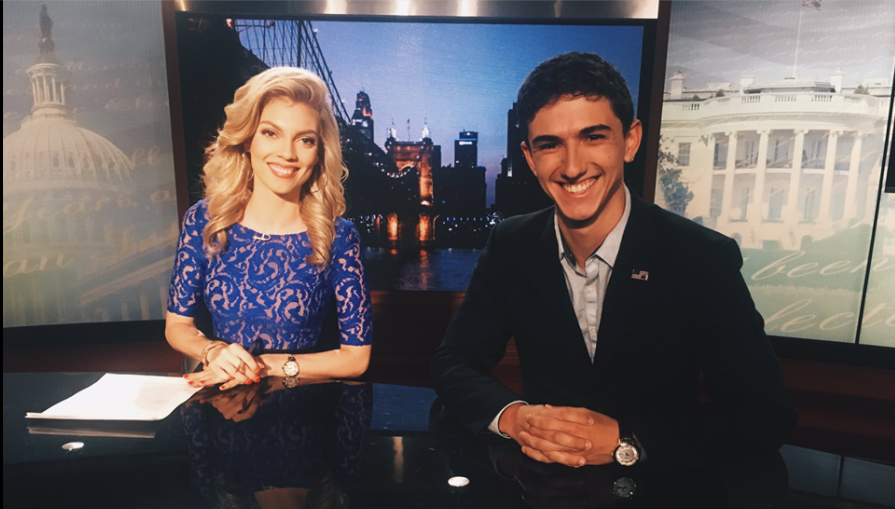 I also chose to discuss the communication issue with Dilmore further, asking him if his desire for lack of communication was ultimately the reason the FFCR did not reach out before voting on an impeachment, to which he told me the FFCR never attempted involvement with the FSU College Republicans. I asked Cade Marsh about this, and if there had been multiple overt attempts at both communication and involvement.

“Of course we did. FSU College Republicans were invited to each of our quarterly meetings, one of which we held in Jacksonville to try and entice them to come. We held state board training, half a dozen conference calls, a dozen plus attempts to communicate through the regional director and another half dozen phone calls direct from me to Fletcher. At one point, I drove over eight hours to personally attend their annual gala.”

Marsh rejected the idea that the former president was treated poorly for his vocal support of Trump. He said the support for candidates was diverse from all of the members, and that once Trump won the primary the College Republicans chapters across the state exceeded expectations through their campus activism. He called the idea that Fletcher was an outside because of his political views “a ridiculous statement.” He also pointed out that

It seems neither side is willing to concede to the other in terms of agreeing on the details pre-impeachment. The handling of this case leaves much to be desired, and has left a campus organization to be in a precarious regard. At the very least, we know this sets a precedent for the future of the College Republicans. Whether or not that precedent is positive or negative remains to be seen.