Earlier this week, FSU sophomore Austin Harrouff was charged with the murder of two South Floridians and the wounding of another. Police say he was eating the face of one of the victims when he arrived and authorities believe the violent outburst was the result of drugs.

In response to this, Palm Beach Post reporter Christine Stapleton used Facebook to reach out to students she believed to be Harrouff’s fraternity brothers in Alpha Delta Phi and asked them to comment on the situation.

The brothers instead responded with a barrage of tweets, texts, phone calls, and Facebook comments filled with Harambe memes, some of which were personalized.

In a Facebook post that has since been deleted, Stapleton called out the students for bullying and insensitivity to the situation, only making the bullying worse.

The students attacked her for being an alcoholic and mocked her mental illness. In her most recent Facebook post, Stapleton responded to the bullying and defended her actions. 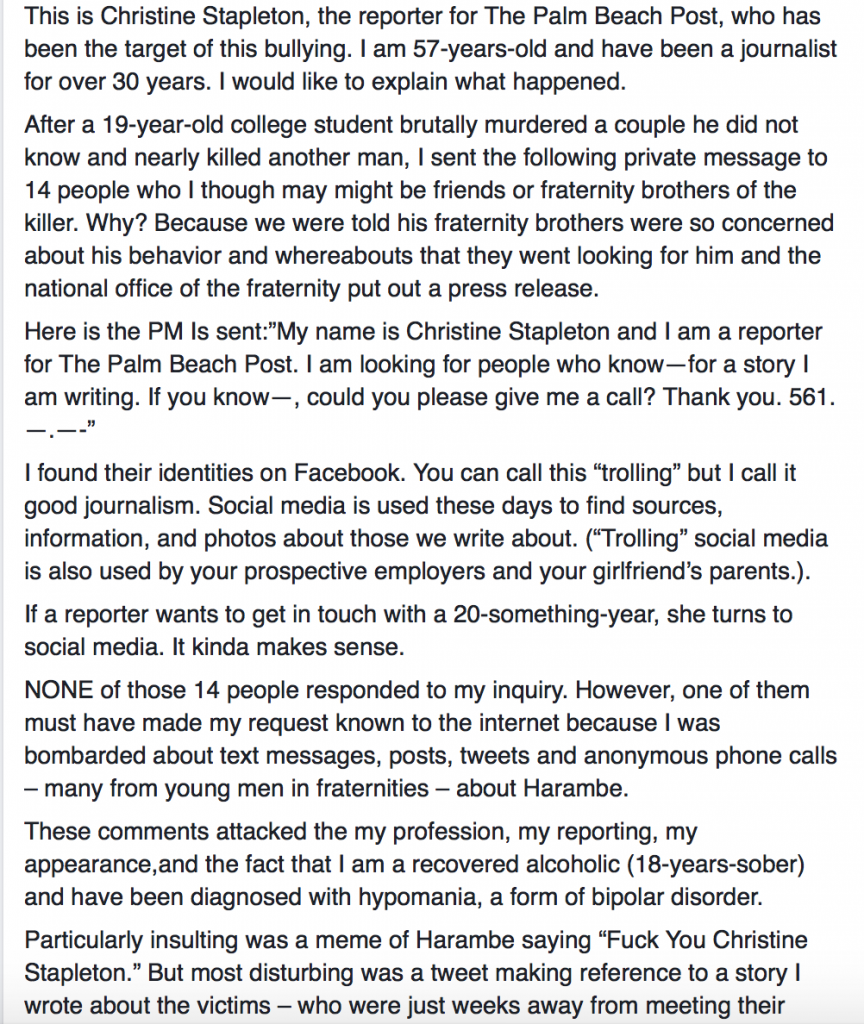 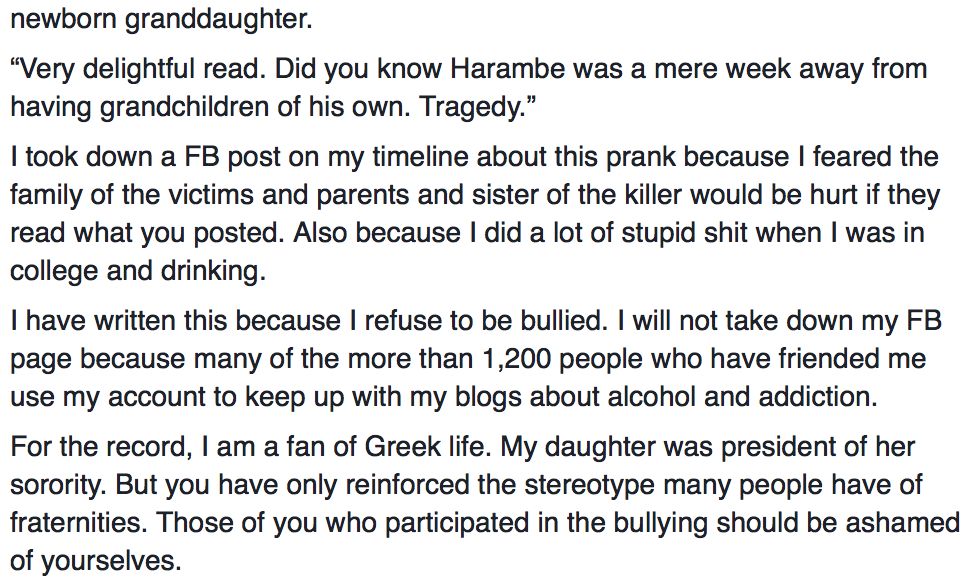 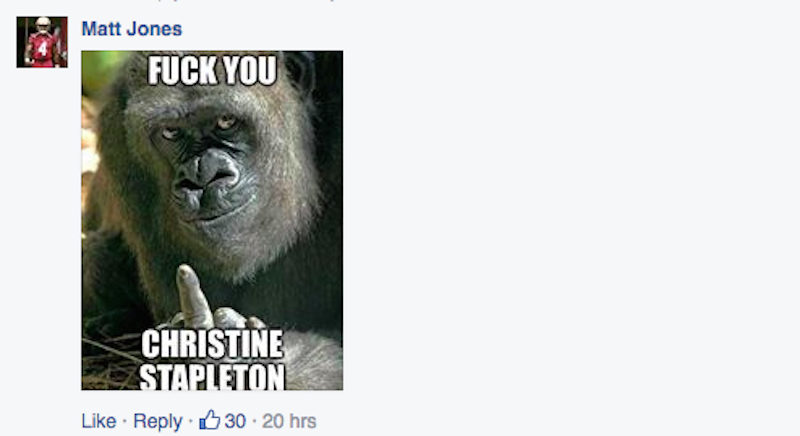 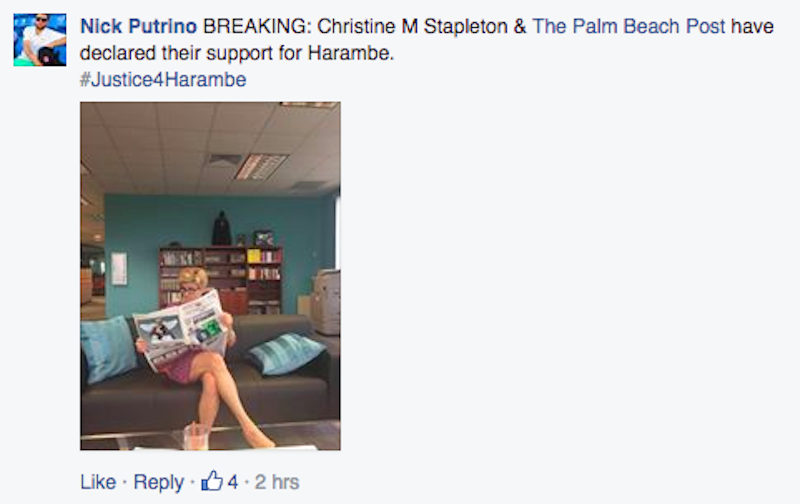 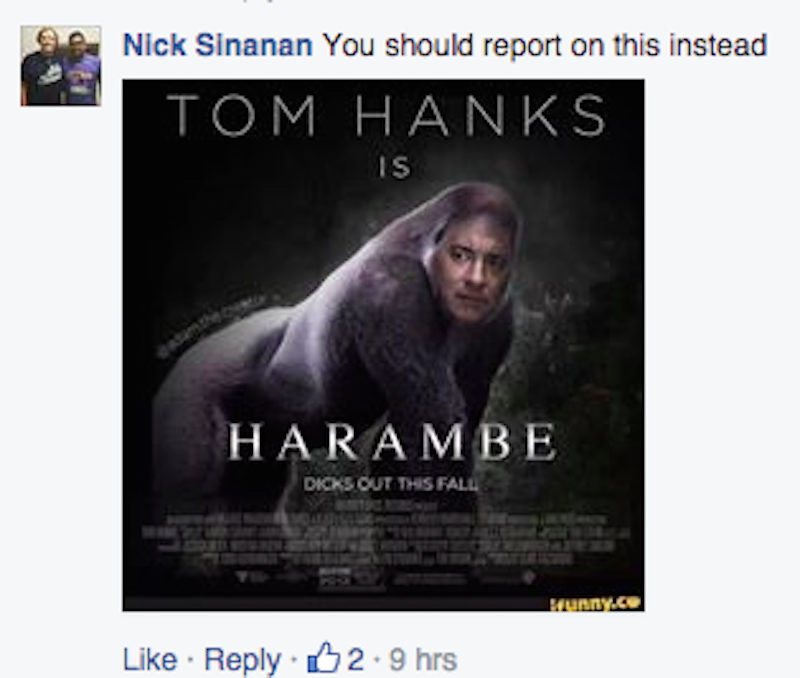 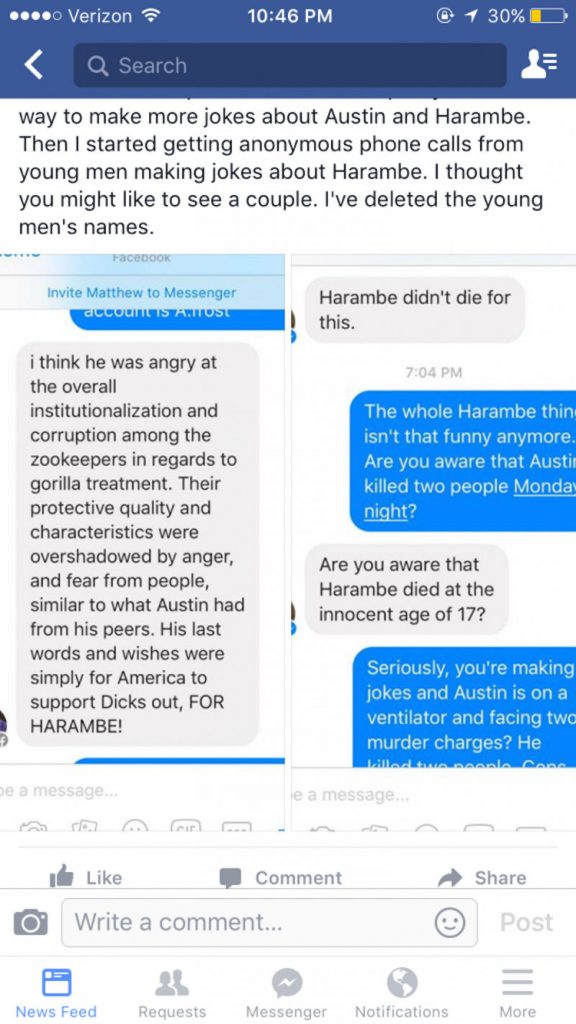 An article published in TIME magazine this month reported that “70 percent of 18-to-24-year-olds who use the Internet had experienced harassment” and that internet trolls are “turning the web into a cesspool of aggression and violence.”