“No one has begun healing”

Among the mess of tablers in Turlington Plaza, one stands out from the rest. With her hand-drawn sign and homemade baked goods, Samantha Shafran holds a poster that says, "UF STANDS WITH DOUGLAS #PARKLANDSTRONG." In exchange for cupcakes or cookies, Shafran asks students for donations to help her and other Douglas alumni rally at the March for Life in Washington D.C.

On February 14, Nikolas Cruz entered Marjory Stoneman Douglas High School and changed the lives of many forever. Shafran graduated from Douglas in 2015 and had a younger sibling at the school during the shooting. 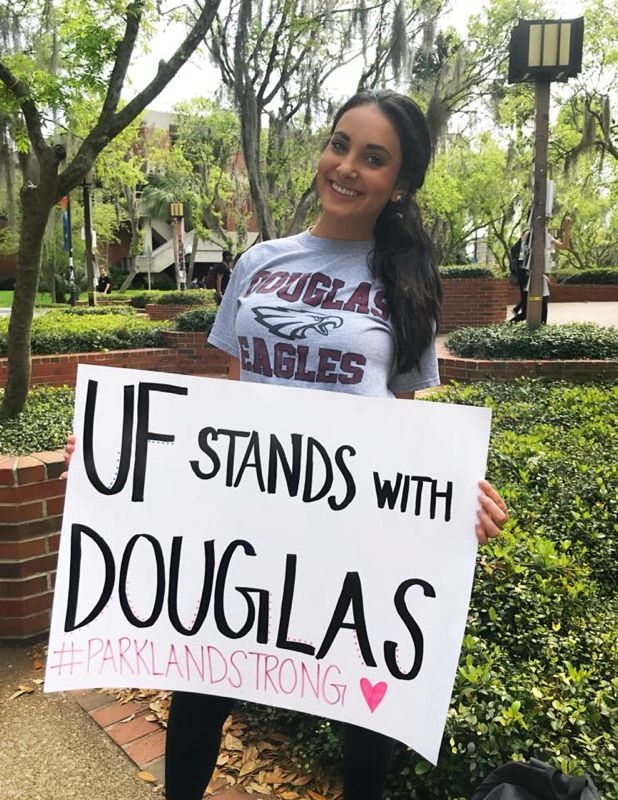 Shafran, a junior studying sociology, said when she first heard the news she didn't think much of it: "I know it sounds weird, but to take place such an affluent, tight-knit neighborhood like Parkland, I didn't think it could possibly be that bad."

Once she went on Facebook and saw the CNN live stream, she realized the severity of it all and immediately thought of her sister. Though her sister was physically unharmed, Shafran said no one has mentally recovered: "I went back home to do a walk with my family; no one has begun healing."

She immediately knew she needed to do something to help, and she began the bake sale with the help of some friends the week after the shooting. 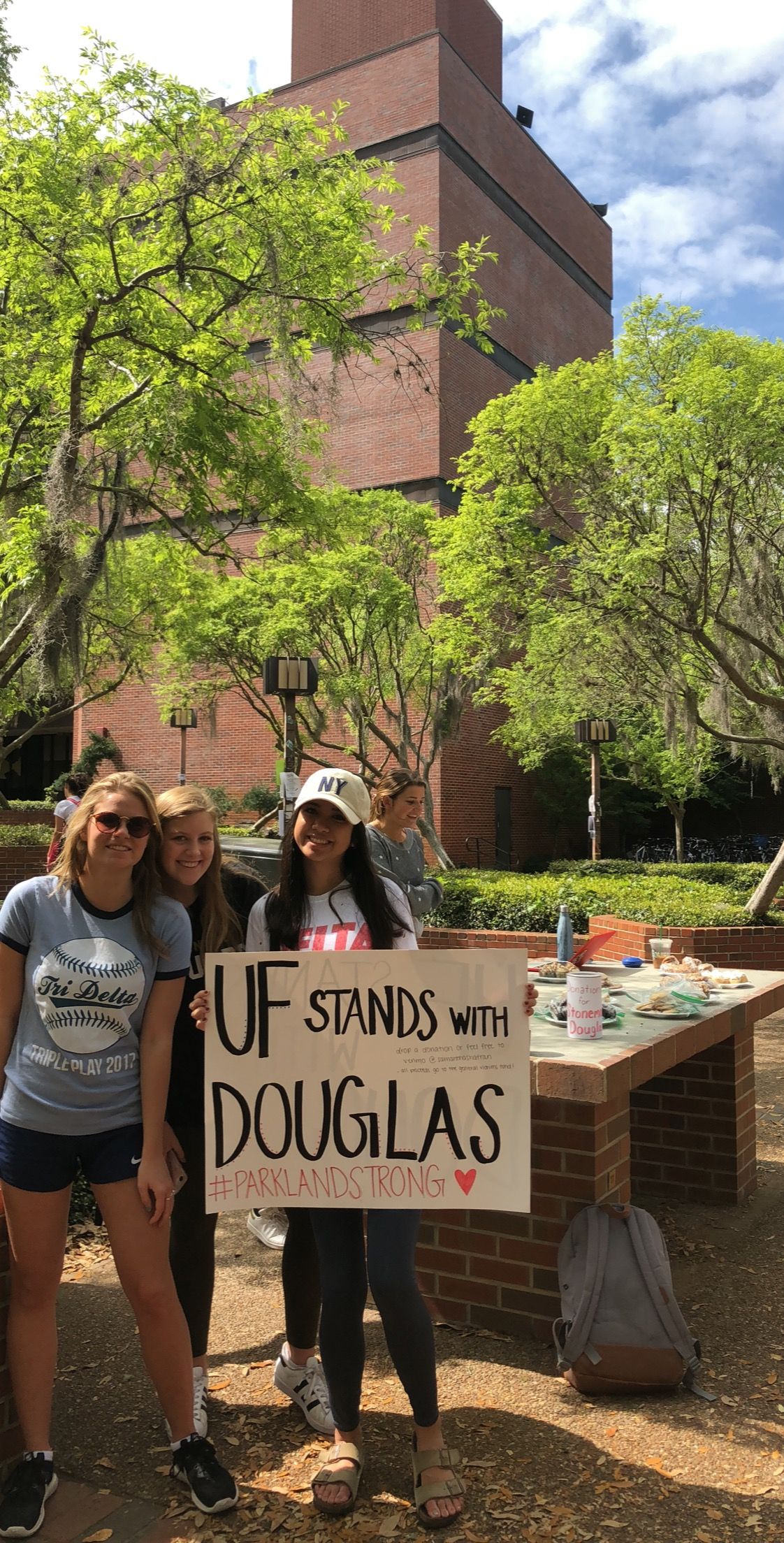 "I'm participating with my fellow alumni in reaching our financial goal to take a trip to D.C. People know it's a great cause and are eager to contribute," Shafran said. She said the bake sale has received a few negative reactions, and adults have been doubting the teens' motivation to push for gun regulation. However, this only fuels her more to prove them wrong.

Shafran isn't sure that anyone hurt by the shooting will fully recover. However, she and other alumni are determined to help make a change to aid the healing process.