Epic fall by Emory gymnast makes everyone laugh during finals

Meet Natalie, the gorgeous gymnast who face planted off the uneven bars and lived to tell the tale

Natalie Eldred, a junior at Emory majoring in psychology and minoring in Jewish Studies has everyone laughing at her Nationals competition near-miss.

During her gymnastics competition this month, she made her teammates have a heart attack for a second… but on realizing she was okay, neither she or they could help but appreciate it as pure entertainment.

Want a 20 seconds break from studying? Watch away:

A teammate shared the video on Facebook after having laughed for 10 minutes, and another turned it into a GIF.

The video itself has only been seen 21 times, but Natalie is on a mission to make herself YouTube famous with the almost-stunt.

Here’s what our very own star has to say:

When did you start doing gymnastics?

It was then that I fell back in love with the sport and joined the team when I got to college when I saw that the team here was open to all levels.

Where and when was this video taken?

This video was taken on April 14 in Sacramento, CA at NAIGC nationals (our largest and last meet of the year) when I competed on the uneven bars. 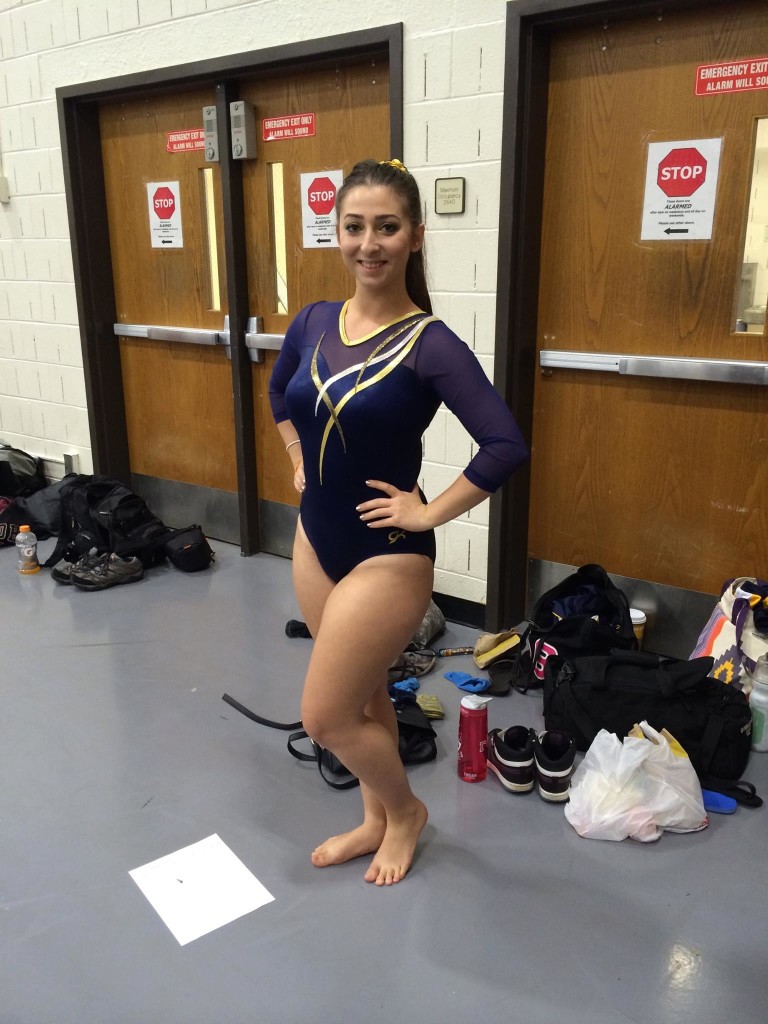 I am perfectly fine! I was down for a few seconds and then I realized that I should probably tell people that I am alive so I stuck my thumbs up in the air, which you can’t see on the GIF but is on the full YouTube video.

Unfortunately the judges wouldn’t let me finish my routine even though I told everyone that I was ok and they made my friend Elaine, who is one of the presidents of the team, walk me over to the medic.

I answered all of their questions correctly so they gave me the all clear.

Did you find the video funny when you saw it?

I have never done that before so I have no idea how it happened. When I got back to my team after seeing the medic I looked at the video and the girl who recorded it edited it so there was only the fall part and then she sent it to me. I then proceeded to watch the video about 100+ times and laughed every single time I fell.

It was especially great if you have the sound on, you can hear my feet slap the mat.

How did the others react?

At first everyone thought I had broken my neck and my friend Maddie, who you can see in the full video started to rush towards me until I threw up my thumbs up and then she backed off. Everyone was really scared until I stood up and said I was ok.

I sent the video to my sister and a few friends and my sister freaked out until I told her that I was ok and found it funny and almost everyone else I sent it to said that they laughed, but felt bad for laughing breaches it looked like it hurt, which it didn’t by the way. 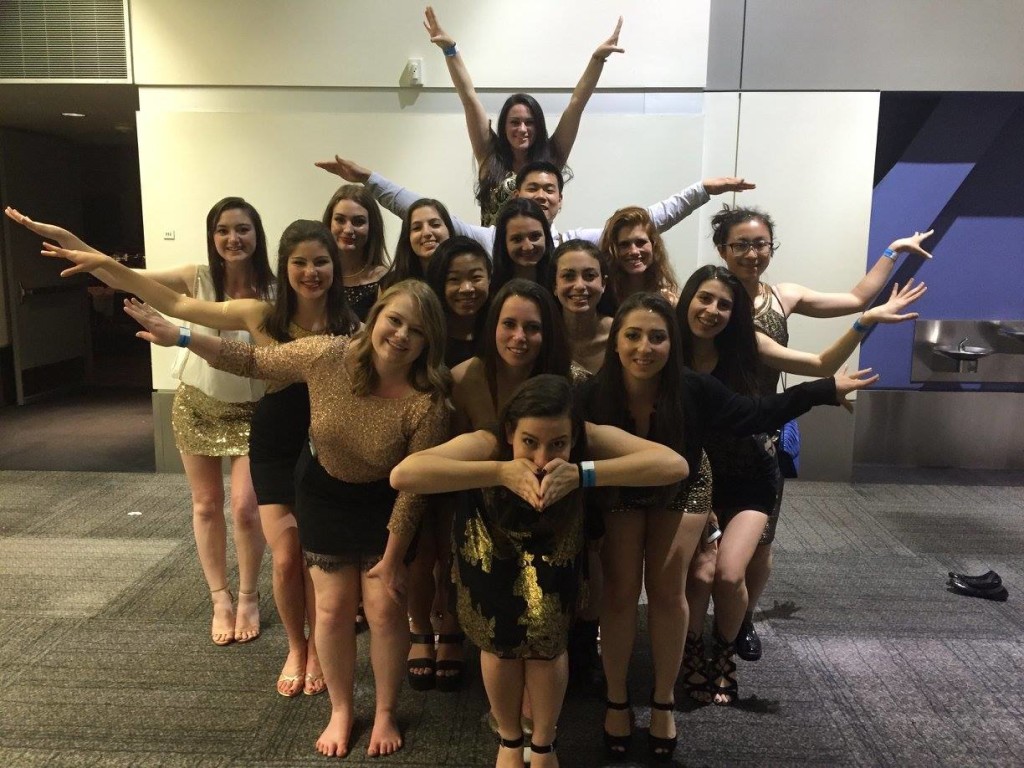 Her entire team who were there through it all

Would you actually want this video to go viral?

I think it would be very funny if this video went viral.

The only thing left to say here is that we should thank her teammates for filming this unforgettable fall. As students all over campus have found this video in a time where they really needed it, they now use it to show how are exams going. They even made a hashtag that says: #makenatalieyoutubefamous!

So if you see one or more of these on your newsfeed: take a study break, watch it until you can’t stop laughing and share to make your friends’ reading days better: 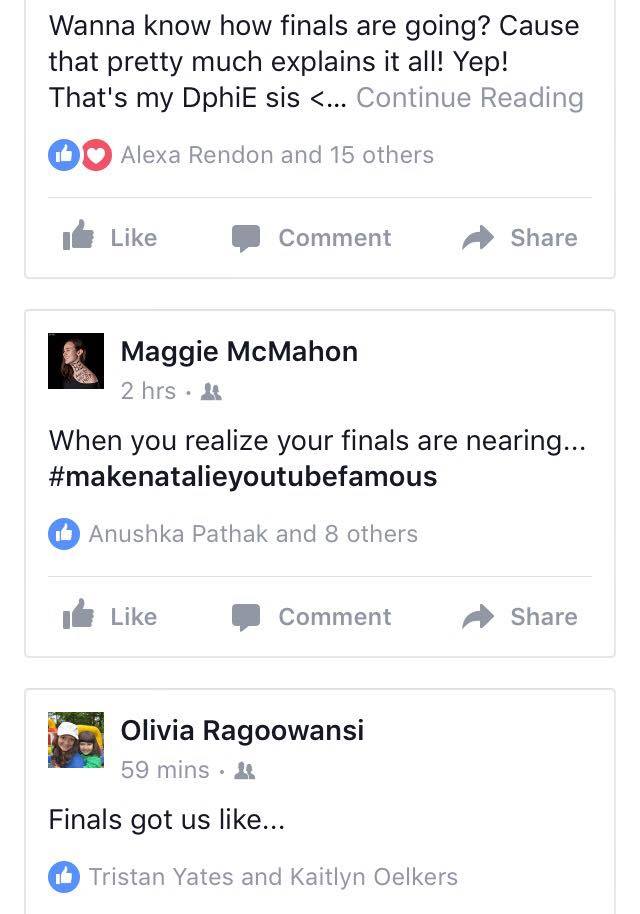 When gymnastics fails describe your mood during finals