Disaster hit on Saturday with more than 500 casualties already reported

As a result of the earthquake that hit Ecuador on Saturday, April 16th, 2016 around 8PM (ET), one of the most powerful earthquakes ever to hit South America, Emory students have started a campaign to raise funds for those in need.

The 7.8-magnitude earthquake has already caused more than 500 casualties, there are more than 2,500 injured, and hundreds are missing. Many have lost their loved ones, their friends or neighbors, and all of their belongings. With towns being fully destroyed, the earthquake has been pronounced the worst disaster Ecuador has faced in decades.

Just like other Ecuadorian students, I have been following the news as much as possible, and the devastation is imaginable. As someone born and raised in Ecuador, it is still hard to believe that such familiar places and close to my hometown, Guayaquil, are suffering so much and their infrastructure is completely destroyed.

Students at Emory University were shocked by the news on Saturday. 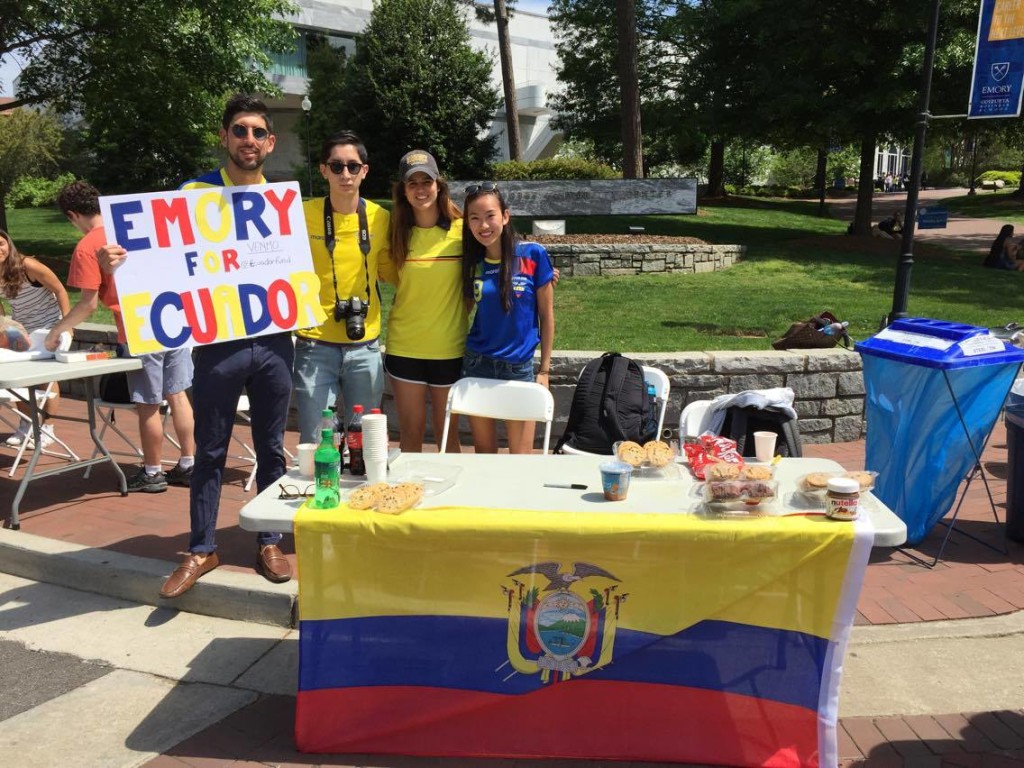 Simon Crespo, sophomore at Emory University from Guayaquil, Ecuador stated that “Sadly, the situation in my home country is simply terrible. I could not believe what Ecuador was going through when I first read it on Twitter. Thousands of thousands of underprivileged people have been forced to move into the streets.”

The earthquake have impacted the lives of Ecuadorian students at Emory to the point where our own friends from the US are helping us raise funds as well.

He said: “As an Ecuadorian I feel the immense responsibility to help my people in any way possible.” The events have deeply touched those in the country, but specially those abroad because they feel powerless.

Jose also said: “Sending money to rescuing groups is the best alternative. I believe we could rise more than $5,000 easily with the collaboration of the Emory community and network of Ecuadorian students in the United States”.

Civil societies, in the less-affected areas like Guayaquil and Quito, have joined forces as early as Saturday night to gather donations and volunteers to go assist those in need.  Through the power of social media, those gathering donations and also other governmental entities have publicized lists of people missing, but more importantly of what is needed in each affected location.

Thousands of donations have been received and hundreds of volunteers are in different points of the country to send the much needed help. Ecuadorians are gathering and sending food, supplies, medicine, and volunteers to affected areas. 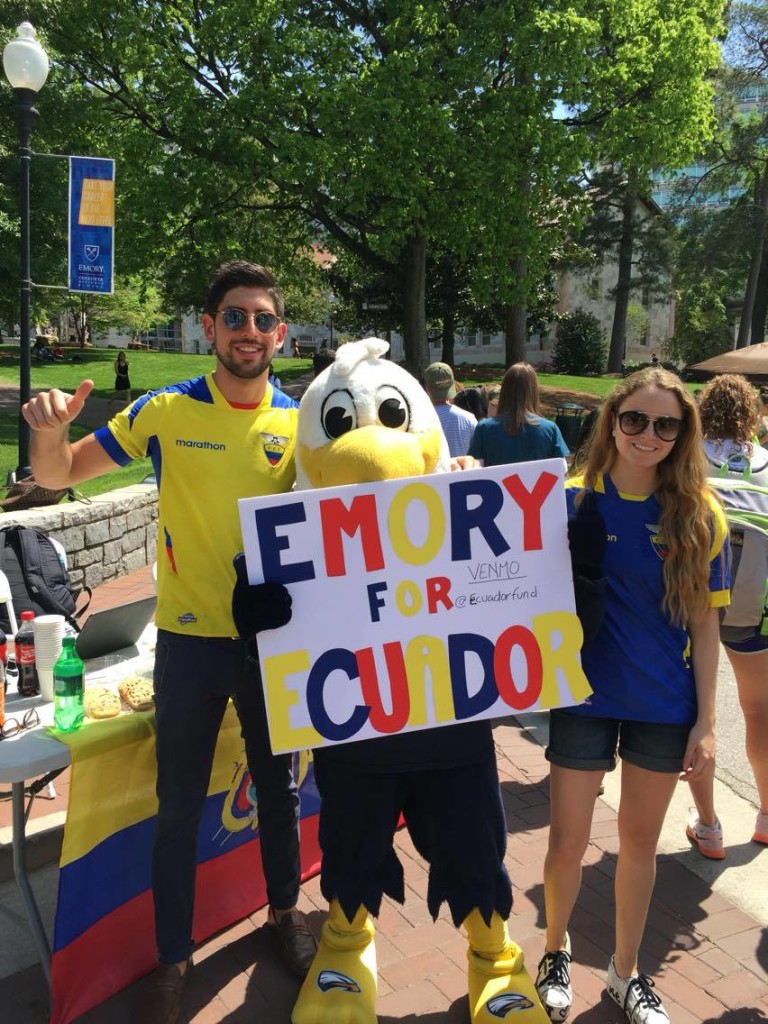 Bridget Harding from the Emory Tennis Team said: “Paula [a Junior at Emory University from Guayaquil, Ecuador] is a close friend of mine, and it hurts me to see the devastation that her family and friends are dealing with back home. She is really working to get the word out about the severity of the situation and get people to help out in any way they can, so I was more than happy to do my small part and make a donation.”

Seeing the country come together with an incredible response from the civil society is truly moving and it has inspired us, those far away, to do everything within our possibilities to help. We are certain that every donation, as little as it is, will give a kid or a family a reason to smile regardless of the disaster among them.

Following the initiative of those at Georgetown, Purdue, PennState, SCAD, Loyola Chicago, and many others, Emory students look to raise funds to aid those in need in their home country. The money raised will be for the Ecuadorian Red Cross who are working tirelessly and for the food banks that are supplying food for those in the affected areas. We urge students, alumni, faculty, staff, and everyone that is wiling to donate to do so, even the smallest amount will make a change.

The help is very much needed, and besides creating a GoFundMe site, Ecuadorian students will be at Wonderful Wednesday raising funds.