‘What that dumb fuck from High School turned into’

With the 2016 presidential election quickly approaching, many students and candidates alike are trying to get younger people to come out and vote.

In the last election the voting rate was 38.0 percent for 18 – 24 year olds. Now we all know college students have opinions and I’m sure the voting rate would be nearly 100% if all we had to do was like our favorite candidates Instagram picture, but alas the U.S. voting system is stuck in the 20th century.

To get a better feel for what my fellow students thought about some of the most controversial candidates, with the help of some libations, I simply asked students to describe the infamous Donald Trump with the first words that came to their mind.

At around 1am, this is what I got: 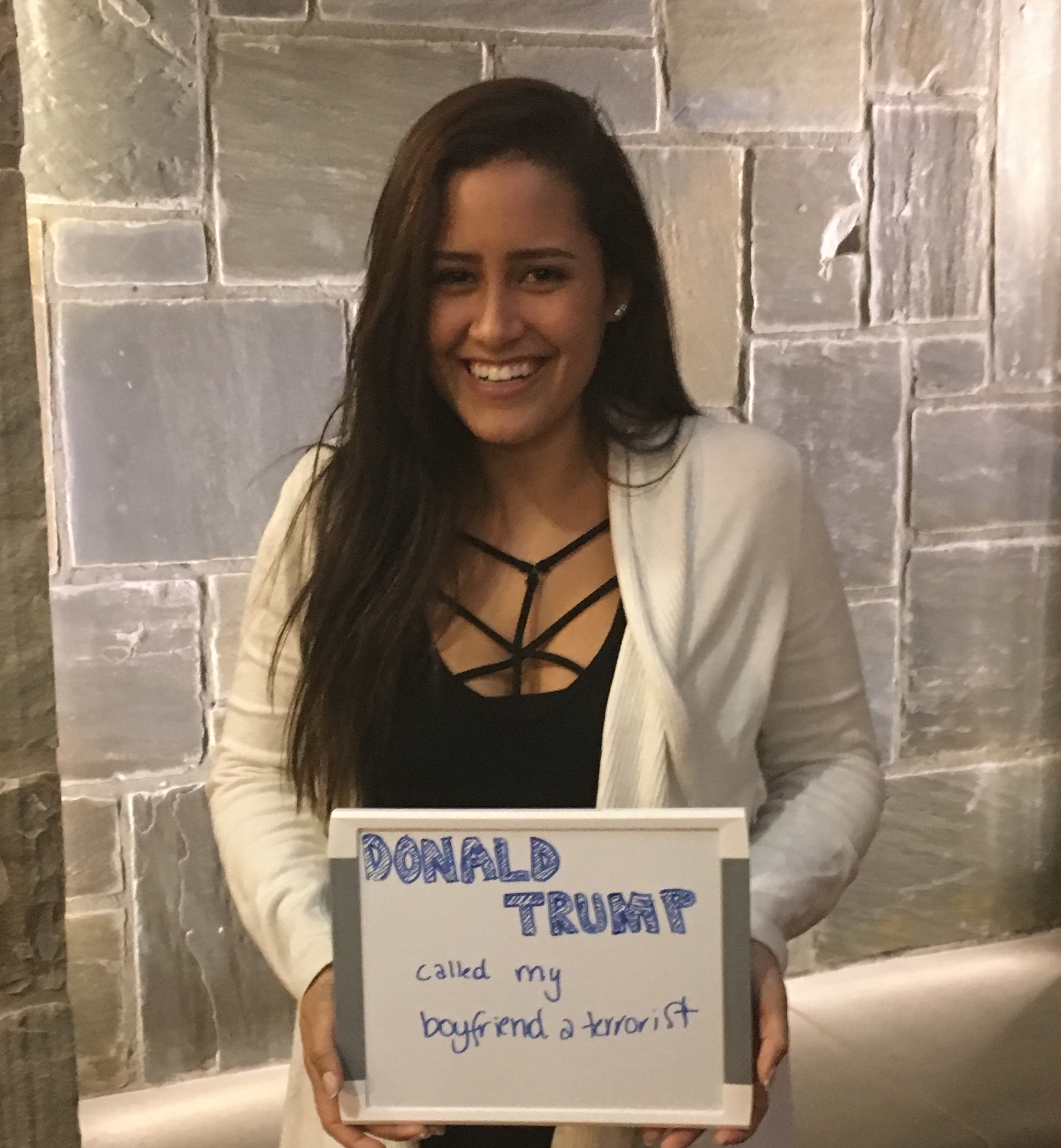 “The scariest thing isn’t that someone with his views is running for president and is getting media attention. The scary thing is that he is getting support….so there is more than one Trump among us.” 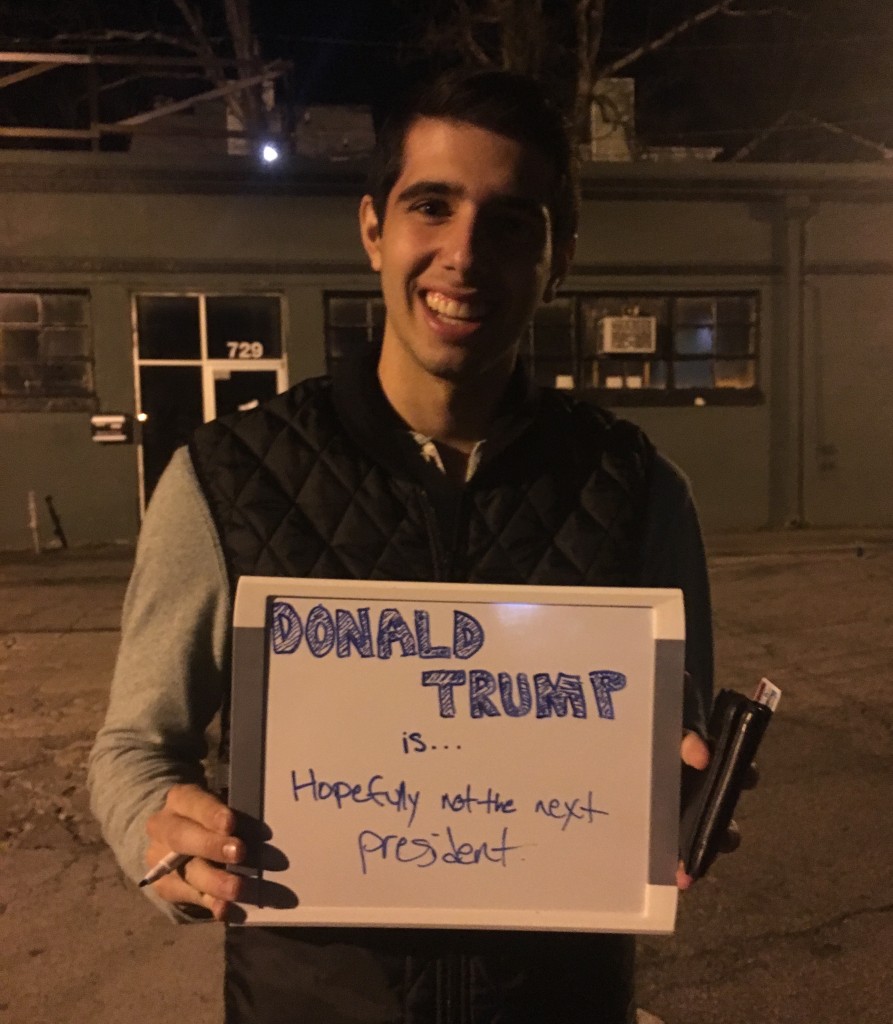 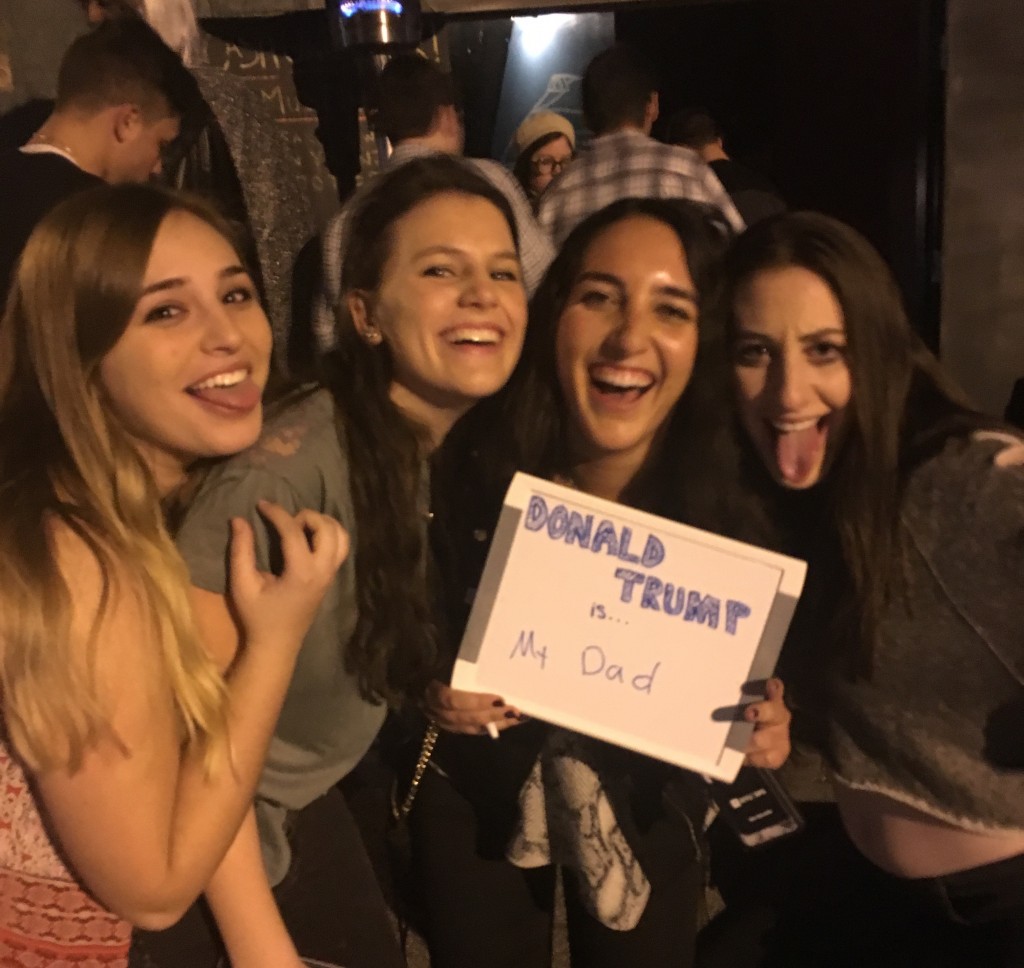 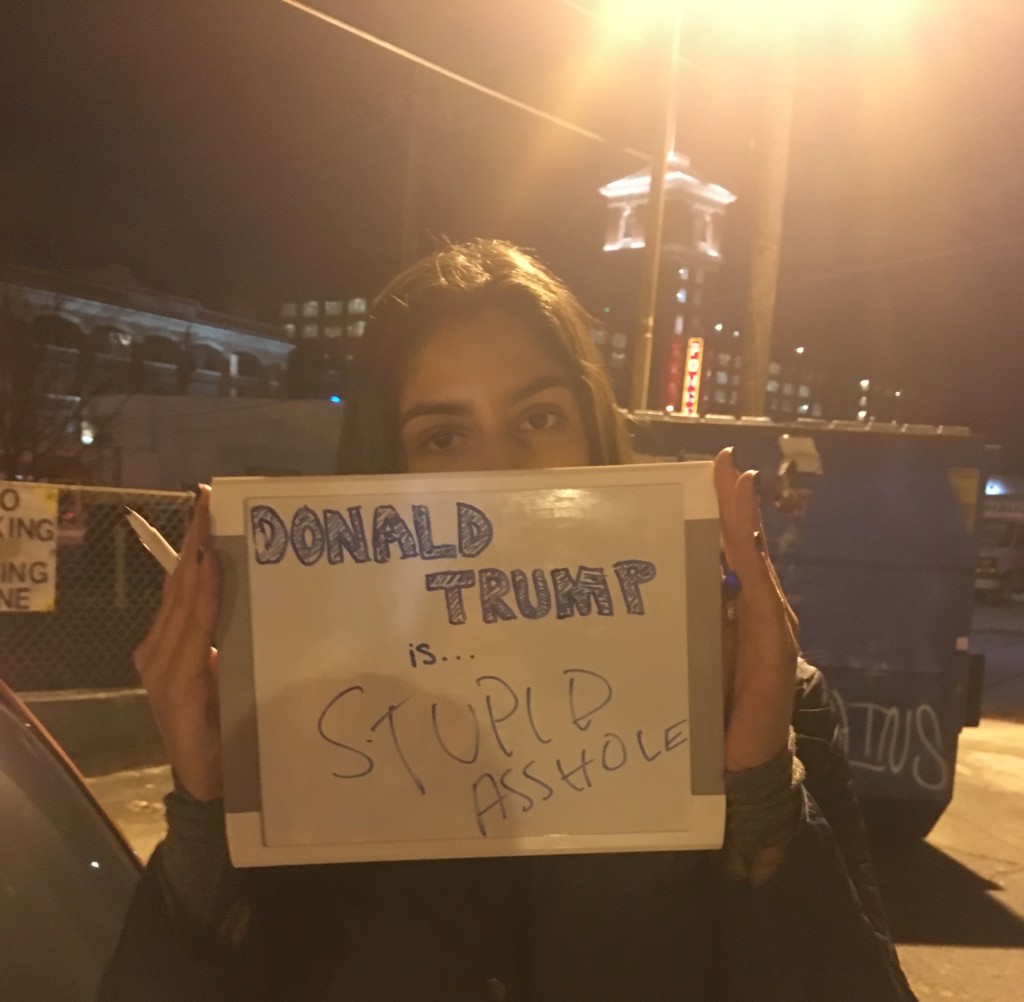 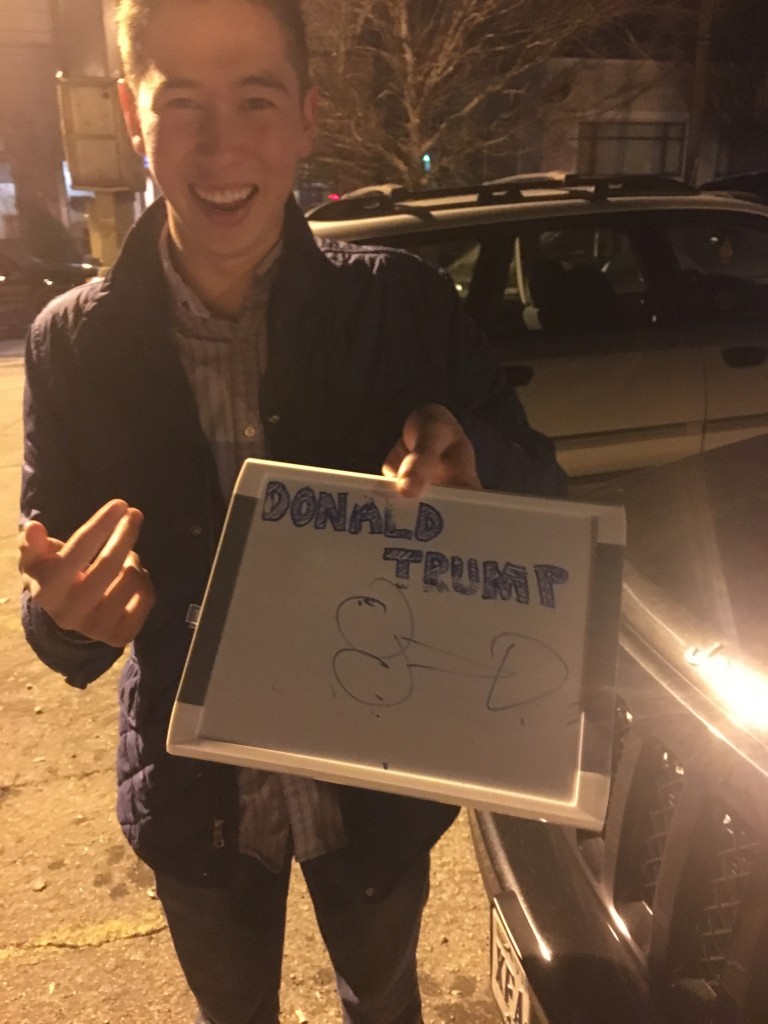 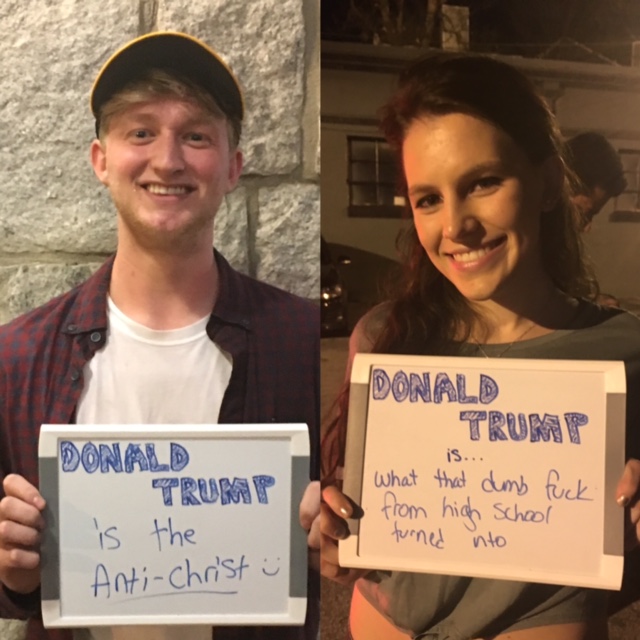 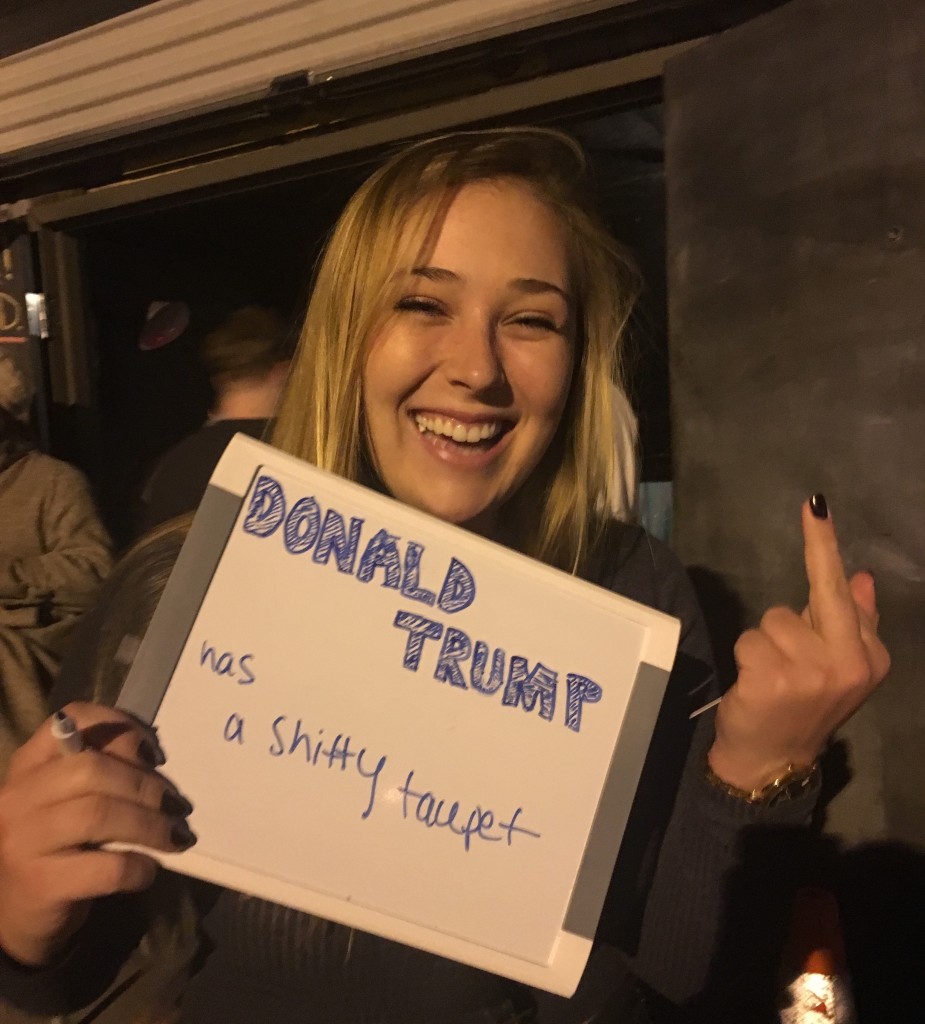 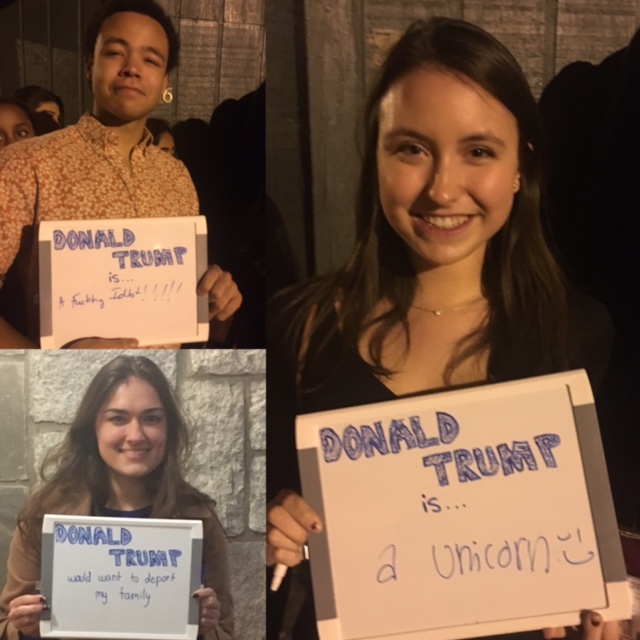 While most responses were negative but comical, there were a few more lighthearted ones.

To put it simply, I think it’s safe to say that this generation does not take Donald Trump seriously.