We still don’t know what a Bearcat is 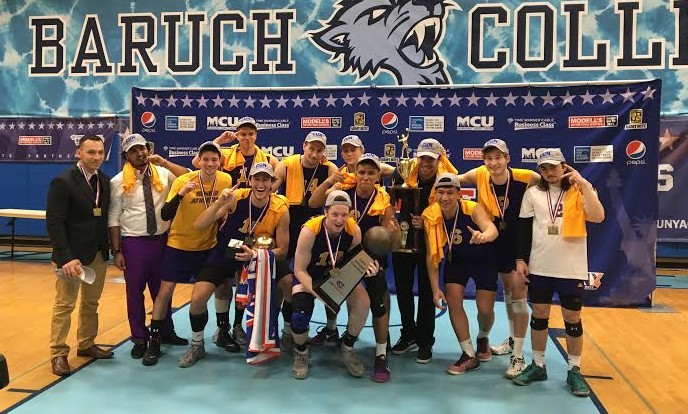 And of course, the championship game was a thriller in every sense of the word. 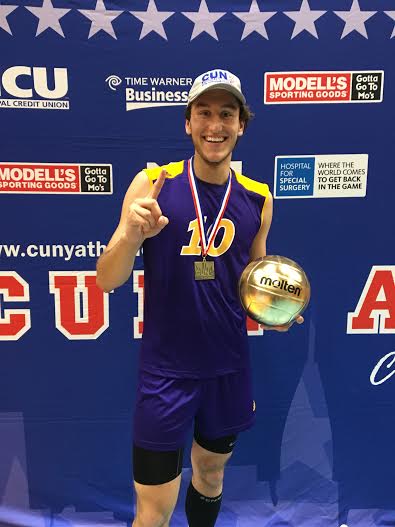 “This win isn’t what made us champions, it’s the entire season,” said Steven Tarquinio, team captain and MVP of the tournament. “We fought every point, every set this season and you’re just seeing it all pay off. It’s an amazing feeling.”

Tarquinio had 12 kills against Baruch in this matchup. But he was not the only player who had a spectacular game. Each starting member of the team hustled each set, and these combined efforts lead to the title. Joe Muir lead the team on defense with 15 digs. Blake Hogan, Ben Crusinberry, and Ben Cassidy combined for 34 kills. Nicholas Sanchez, the setter, logged 47 assists.

“It’s great to see hard work pay off, but I couldn’t have done it without my teammates, they are the reason I play my best,” Tarquinio said. “The bond we have is unbreakable and our desire to win is unstoppable.” 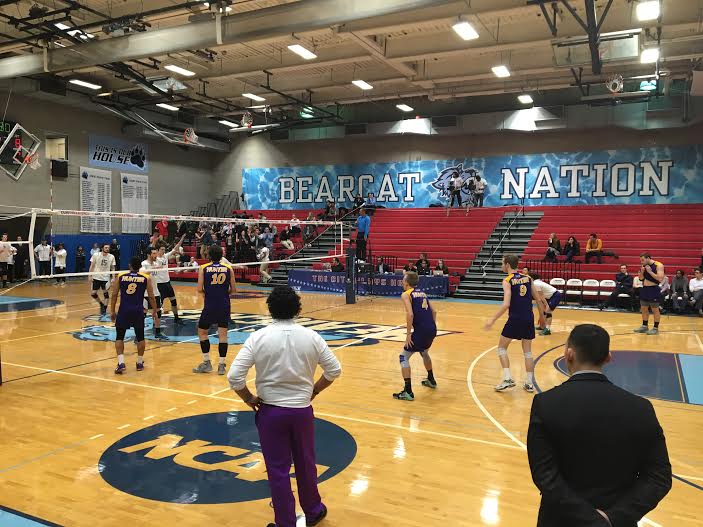 In addition to winning the CUNYAC championship, the Hawks also won a play-in game to the NCAA Tournament. Details about the opponent and location will be revealed later this week. Rookie coach James Pompeo, this year’s winner of CUNY Coach of the Year, hopes to lead his team to further victories.

But for now, team will revel in the moment they’ve been waiting for for the last seven years.

“There is nothing better than beating Baruch” Tarquinio said.