He was charged with robbery and trespassing

Julmisse was charged with assault, domestic violence, and harassment. At the time, the CU football player was suspended indefinitely and the public did not see any way for the 19 year old to find a way back onto the Buffs team. Now, his chances are looking even more slim. 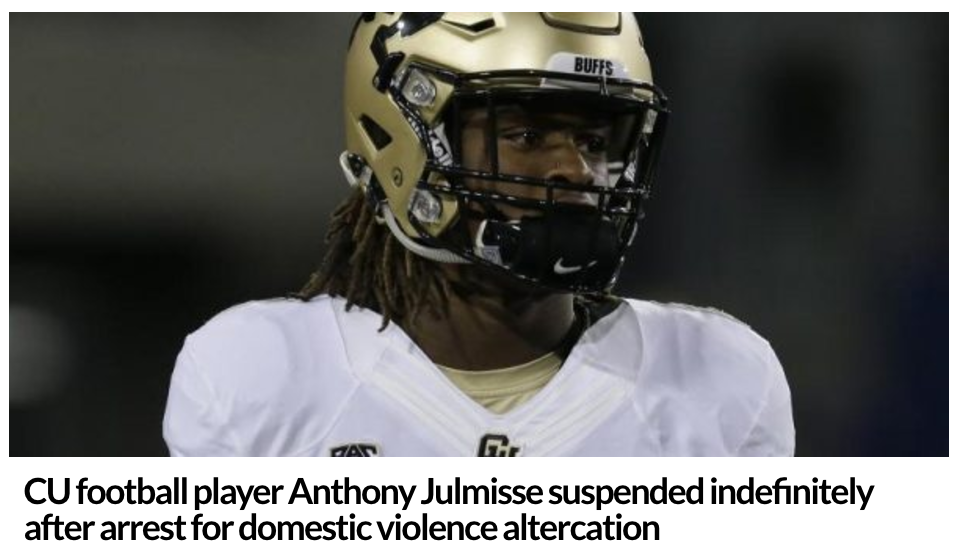 The Boulder County Police Department's website appears to show that Julmisse was charged with robbery, first-degree trespassing, criminal mischief, and careless driving over this past weekend.

Allegedly, the charges all came about after Julmisse was involved in a car accident.

Ryan Huff, CU's spokesperson, commented on Julmisse's incidents and his status on the team.

“Anthony Julmisse remains on indefinite team suspension from his previous arrest in July. While we’re still gathering information about this latest case, we are concerned to hear of these allegations. It’s important to note that in any criminal case involving a student-athlete, there are three separate processes that can result in discipline – a determination by the coach, court sentencing and sanctions from the Office of Student Conduct and Conflict Resolution,” Huff said in a statement.

It's not looking good for the former star cornerback, and some reports say that other defensive backs are now working hard to grab onto the role that Julmisse has left open.