Don’t know what frats to consider rushing this fall? We’ve got you. The Tab interviewed six of the biggest frats on campus who explained what they're about. 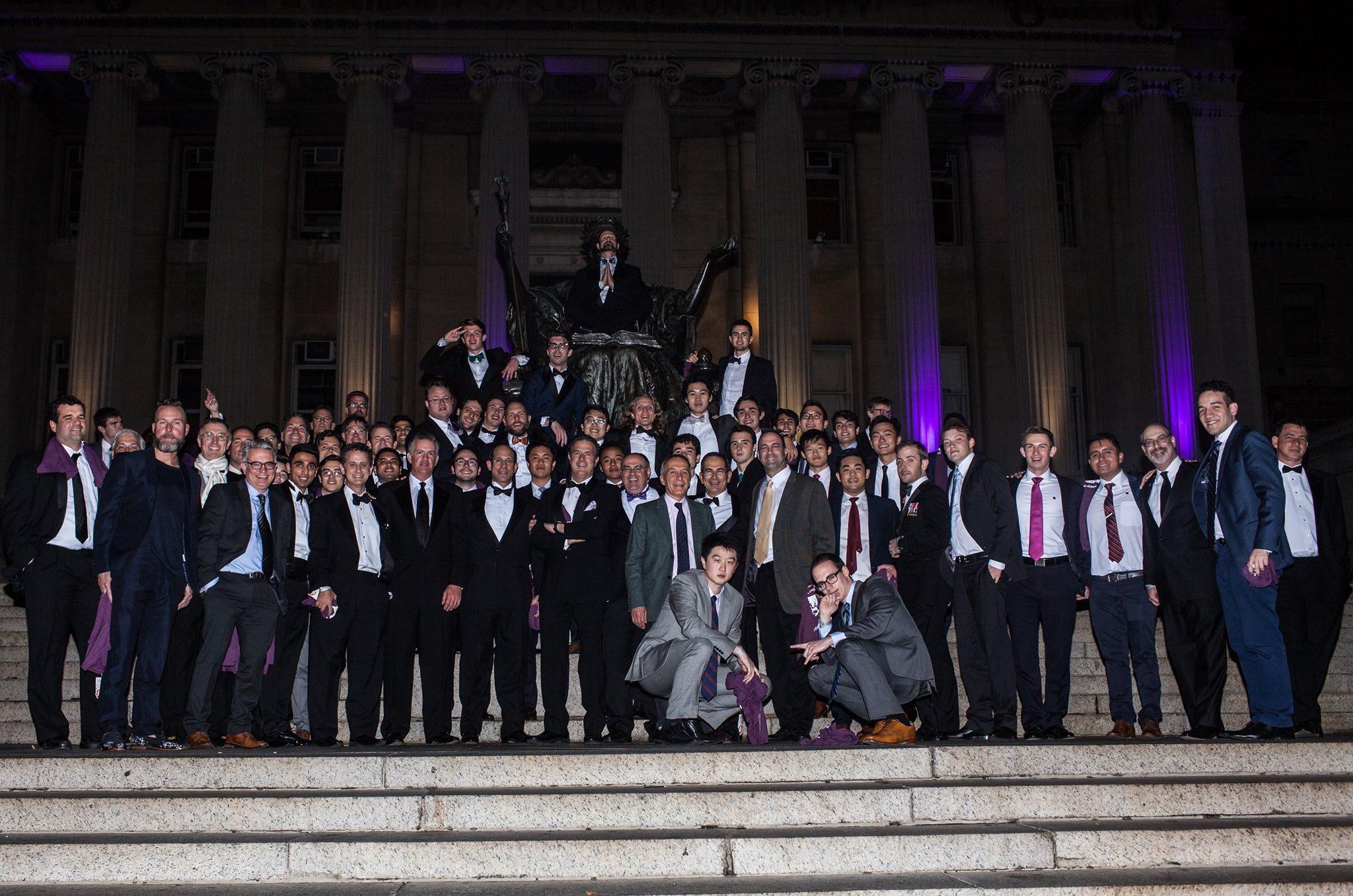 Tell us about FIJI's history.

We were founded in 1866 on Columbia’s campus, we were kicked out in the 90s but came back in 2007. We celebrated our 150th year last year. We’ve had brothers who served in the First and Second World War.

How did you know that FIJI was for you?

I joined my freshman fall almost by accident. I’ve been a member for three years. I hadn’t planned to rush for a fraternity at all. My orientation leader would later become my big once I joined. Basically I was chilling with him when he proposed I go hang out with his friends and it turned out they were from FIJI. I thought they were a fun group of people, down-to-earth and not trying to impress anyone.

Every fraternity is going to tell you about how they have the strongest brotherhood but I think that FIJI is a fraternity that respects individuality, they are not going to try to mold you into a particular person or group, they’re not going to take you only because you’re what’s generally considered as “cool”. That for me made FIJI stand out.

I know it sounds very kitsch but honestly be yourself. You shouldn’t betray yourself to be a certain way. You shouldn’t hide who you really are as a person. Go to events, meet the brothers and see if you like them, that’s the main thing. Get a sense of where you want to belong.

The main association we collaborate with is USO, a US Armed Forces support group. These guys help servicemen in and out of service. We have two brothers right now who saw active combat, we had a brother who was in the Marine Corps, etc. Since we are so enriched by these guys’ presence, the least we can do is try to give back to them and all the men and women who have served in the Armed Forces. We do a 5K for them every year and also do fundraising outside of that.

The reason you never see our Greek letters anywhere apart from our old brownstone on 114th is that our letters are sacred and you cannot just write them down on any old impermanent piece. You only see them on cornerstones, brothers’ gravestones, etc. 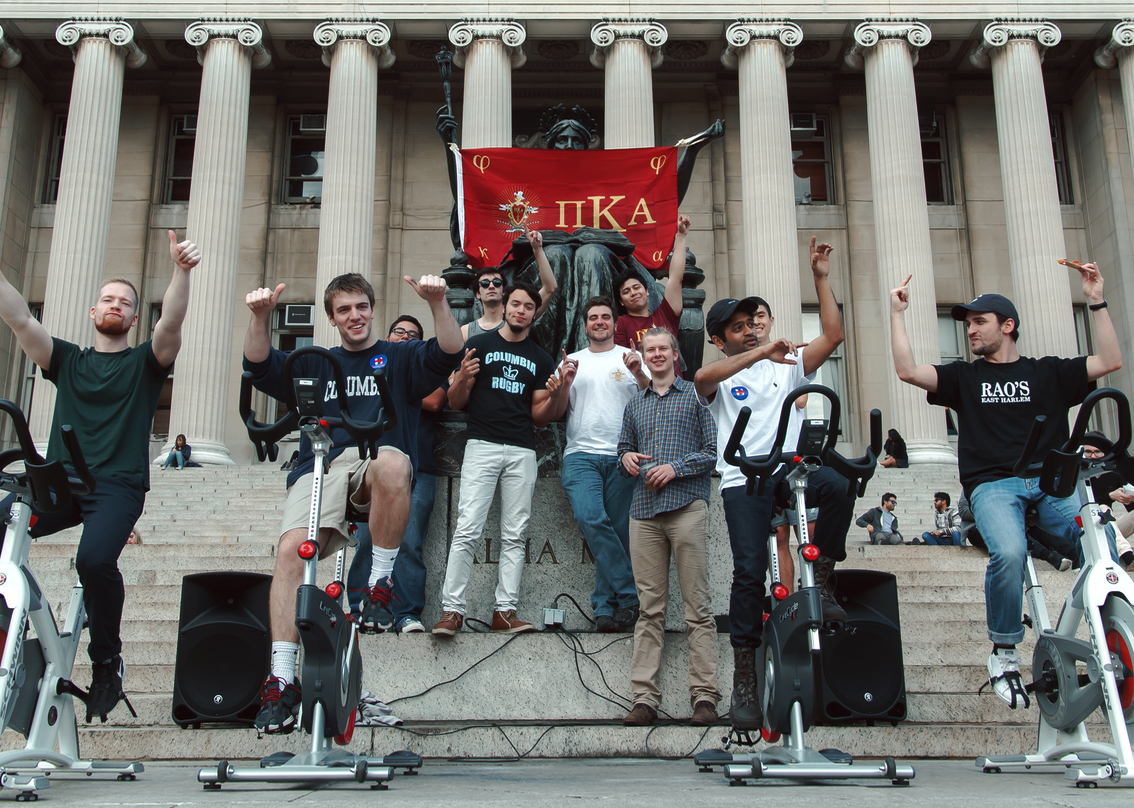 Tell us about your fraternity.

PIKE was founded in 1868 at the University of Virginia around the notions of building strong-lasting friendships and benefitting the community at large. In 1990 our Columbia chapter was created. For the past few years, our fraternity has been located in an EC townhouse.

Why did you choose PIKE?

I chose friends I knew were going to help me get the most I could out of my Columbia experience. These were the guys I knew I could count on. I don't regret it for a second.

It's as simple as seeking out the fraternity where you are surrounded by the most people you enjoy being around. It comes down to making great friends. Meet as many brothers as possible and seek a place that is exciting every step of the way.

Every year we host a Taylor Trudeau Cycle for Life event on Low Steps in which we raise funds for cancer research. 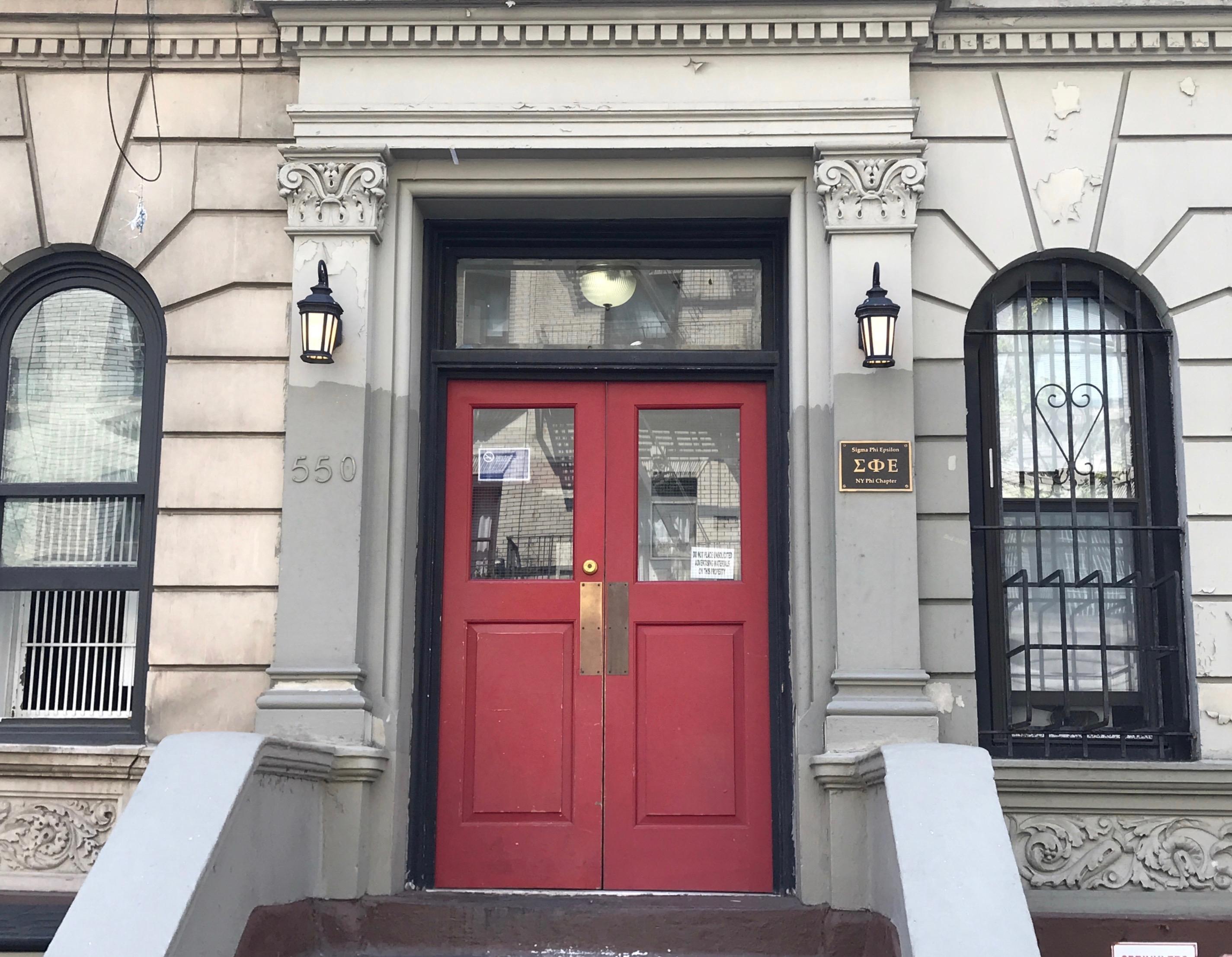 Tell us about Sig Ep.

Our chapter is about 20 years old. Our house is located on 113th Street. We have members who are members of varsity teams, club teams and student government; Sig Ep doesn't qualify towards a specific type of member.

What made you chose Sig Ep?

I rushed a couple of different chapters but the thing I thought resounded the most for me at Sig Ep is not only the community of guys but the outreach in size because it is the largest fraternity chapter on campus. One of the biggest things that turned me onto Sig Ep is that we are a non-pledging chapter which I think is relatively unique to Columbia.

I would recommend going to as many rush events as possible and speaking to as many brothers as you can. Ultimately, I think that a lot of people try to put on some kind of act or persona of what fraternities consider cool. You don't have to try hard, just come out as yourself.

We have something called the Balanced Man Fellowship for which we give out several thousand dollars a year to community service projects. In addition to that we have several partnerships including our national Big Brothers Big Sisters alliance.

Every chapter in the country has a red door. It's the “red door policy" that gives us access to every other chapter's fraternity house when visiting. 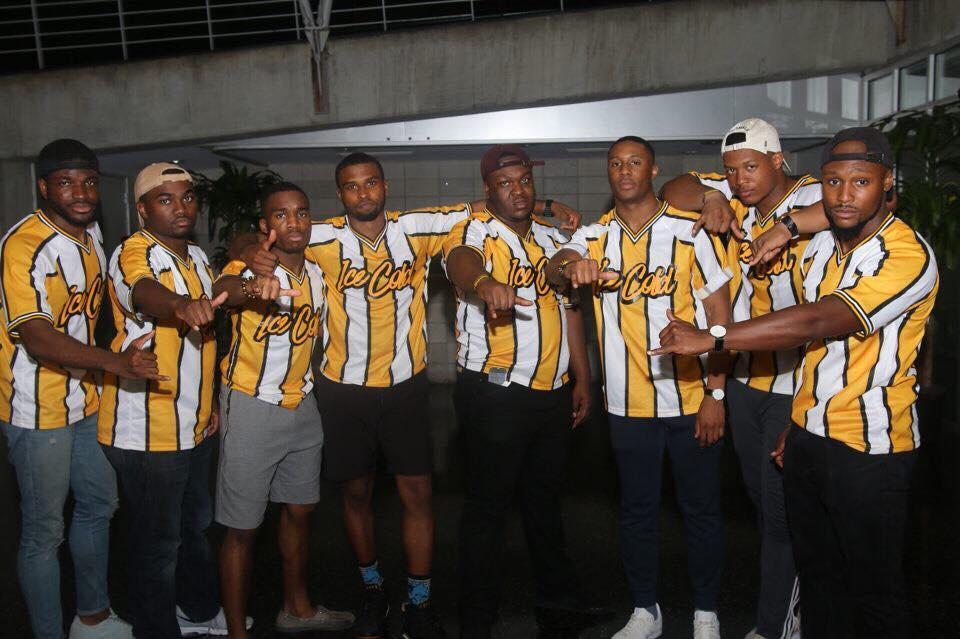 Tell us about your fraternity.

Alpha Phi Alpha was founded 1906 at Cornell by a group of seven black men. They wanted to come together as a group to help better themselves in the community. Martin Luther King Jr. and Thurgood Marshall were Alphas. Our chapter at Columbia was founded in 1909.

How did you know that The Alphas was for you?

It's in my family. My grandfather is an Alpha as are my father, my brother and my cousins. I've been surrounded by Alphas my entire life and was brought up with those values. Coming into college I immediately wanted to be a part of it.

Definitely do your research. There are a lot of great options out there. You want to find the fraternity that appeals most to you and to your values. Go to the events, meet the brothers and get to see what they're about. You want to make sure that you like the people in the fraternity.

We do a lot of work with March of Dimes and also the AIDS Walk in New York City. In addition, we work in local food banks in the community for Thanksgiving and Christmas.

People can join the fraternity even if they are not undergraduates. You could be 50 years old and not have gone to Columbia, but you can still be a part of The Alphas. 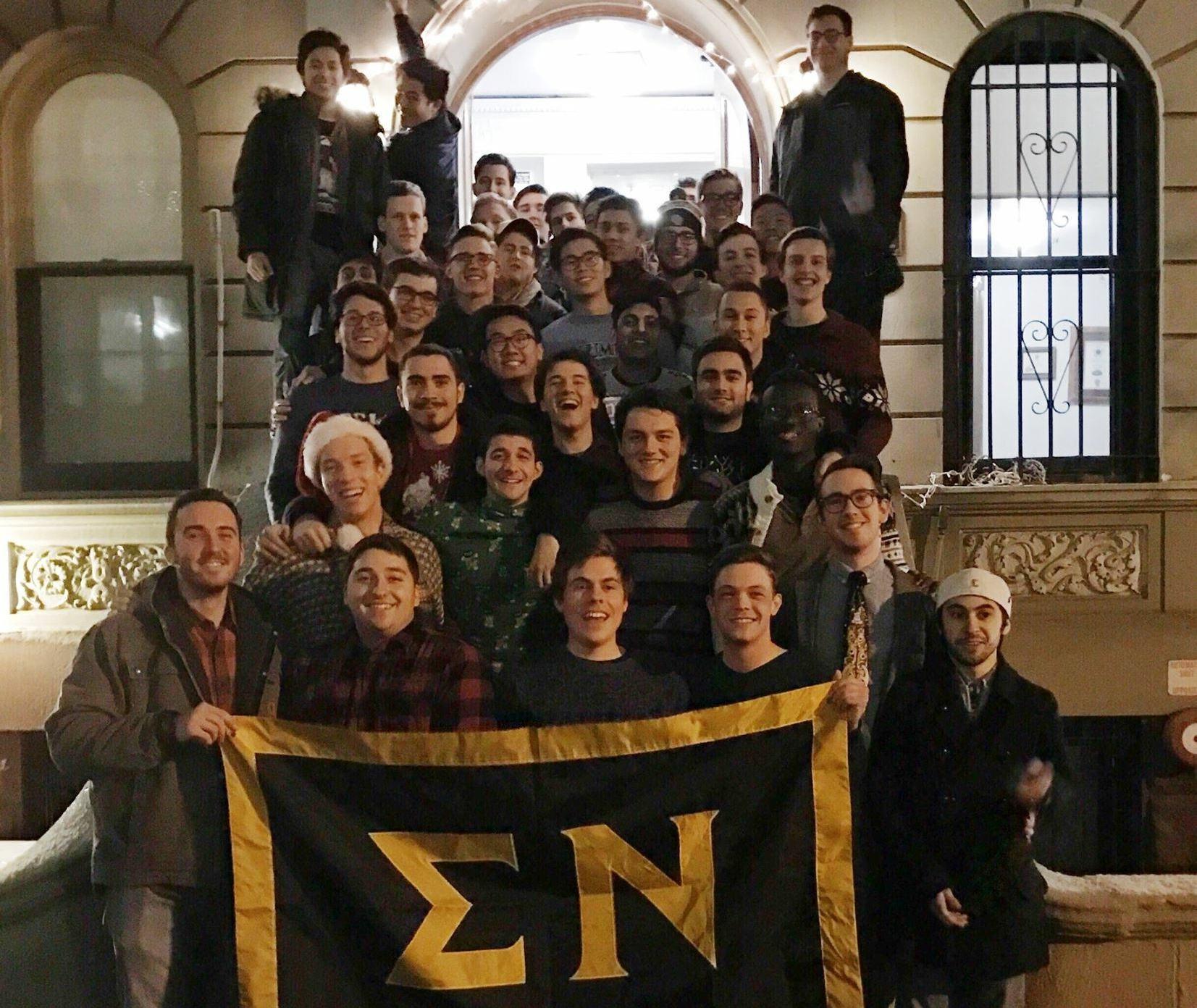 Tell us about Sig Nu.

Our chapter was founded in 1908 at Columbia. Our original location was in what is today a Barnard dorm, but our current house is located on 113th Street.

Why did you chose Sig Nu?

Columbia is a place where everybody is going in their own direction and it's extremely competitive. You need a team of people to support you, to back you up and take care of you. I joined Sig Nu with the thought that it would anchor me in my Columbia experience. We have one of the highest brother participation rates, everybody is very close to each other.

When we have rush and kids walk up to our door, we are not looking for which kid is going to bring in a lot of girls or things like that. We care about if this person is going to be a good brother, someone that we'll care about. We are not as focused on aesthetics and constant networking. We are looking for people to be completely themselves.

We do a lot of work with Camp Kesem as well as partner up with different sororities in their work.

We have a goal post in our backyard from a football game from 1988 when Columbia beat Princeton, ending our five-year losing streak. 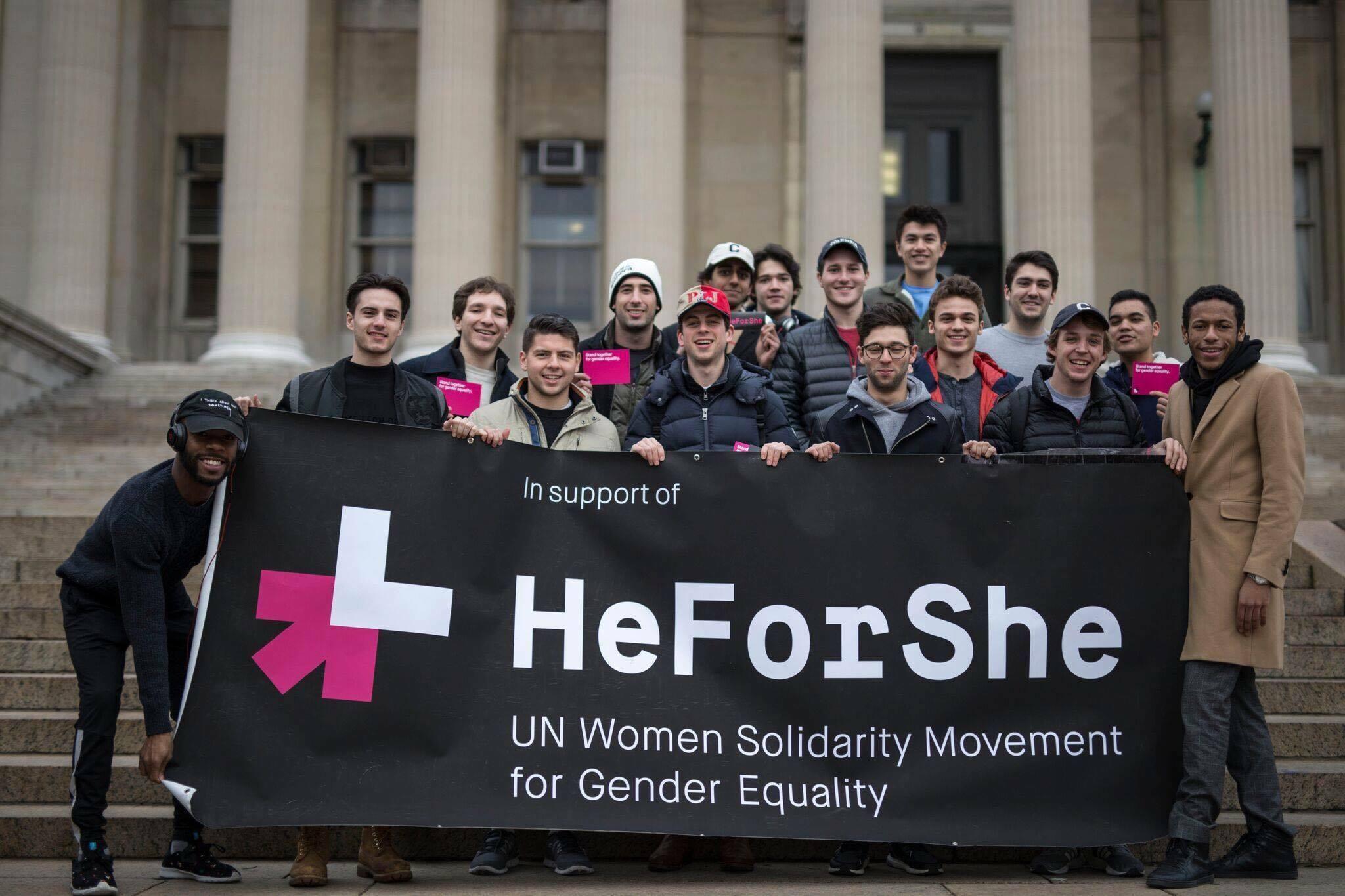 Tell us about Delta Sig.

Our chapter was initially founded in 1901, it later lost its charter and wasn’t on campus until 2001. Today we have around 60 brothers. Our recruiting classes are usually in the 10 to 15 range. We attract brothers from every walk of life, we have kids from very wealthy international families as well as people who are first generation college students.

How did you know that Delta Sig was for you?

I joined the fall of my freshman year, I’ve been at Delta Sig for two full years now. I was first introduced to Delta Sig by my RA, who was a brother at the time. I went to a couple of recruitment events for my frat but also other ones and I decided that I clicked with more brothers here than at any other frat.

I would tell you to go to as many recruitment events as you can and talk to as many people as you can just so that you can understand what each house is about. You have to see what group of people will make you the happiest. In my opinion, I don’t think any of the houses are really that different; it really comes down to who you want to spend time with.

Nationally, our charity organization is the Red Cross. We haven’t done a whole lot with them because some of the brothers have problems with some of the ways in which they allocate the funds. We have done some work with Service for Sight as well as Youth for Debate.

We have brothers from 15 different countries.