Nights out at Columbia can start a lot of ways, but they always end in Koronet Pizza.

It’s one of the best pizza joints in New York (come at me) and not just because the slices are the size of manhole covers. It is a Columbia institution, and the mere words “shall we go to Koronet?” at the end of a night are music to anyone’s ears.

Three years into my time at Columbia, and Koronet has become a regular night out feature. I’ve always wondered if in the sober light of day, it tastes as good. How would it feel to eat Koronet every day for a week? Would it still be as delicious eaten cold for breakfast as after an evening in 1020? And is there such a thing as too much pizza?

There was only one way to find out. Here’s what it’s like eating Koronet Pizza for a whole week. 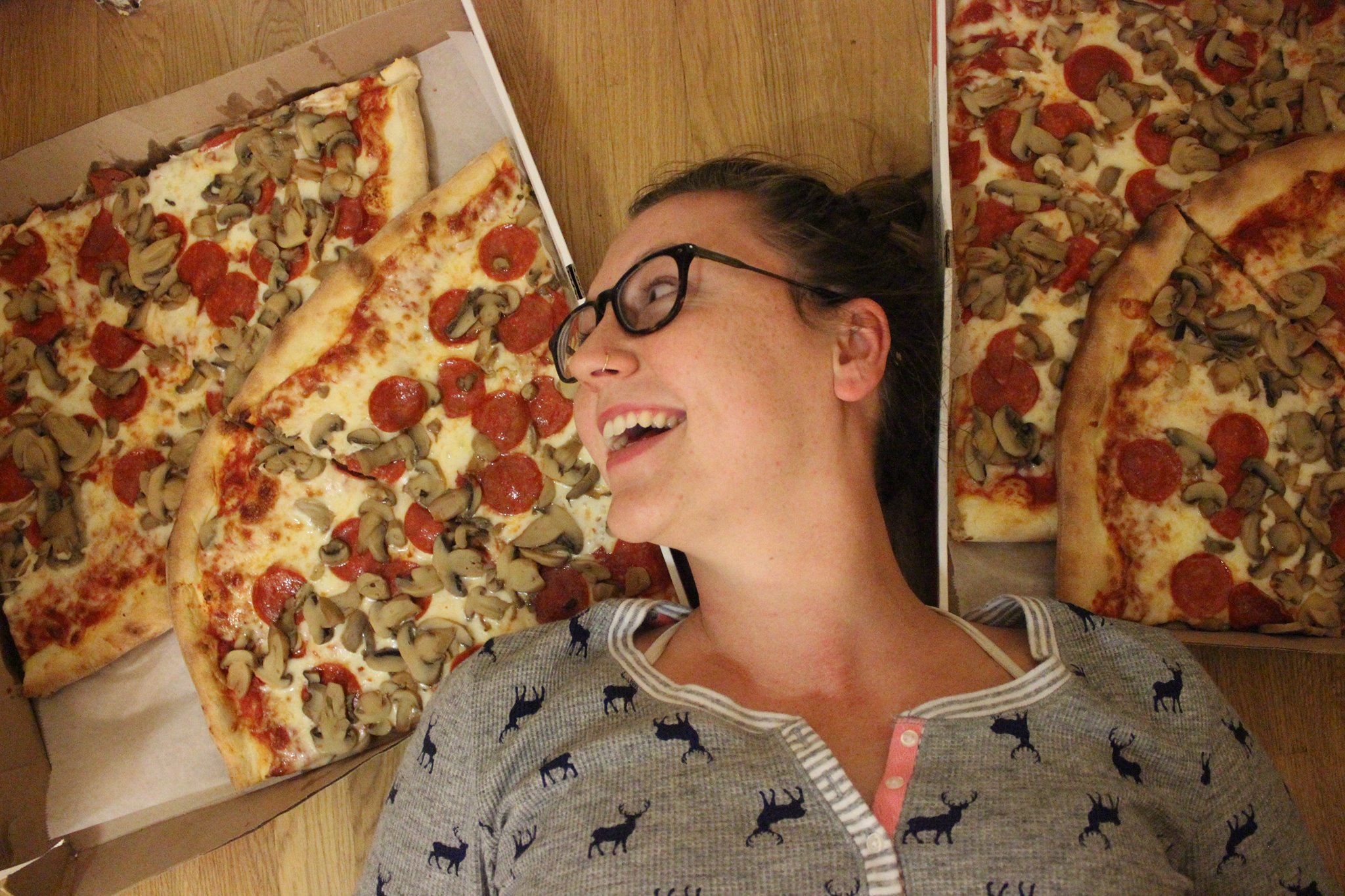 I ordered a jumbo pepperoni and mushroom and honestly I was pretty stoked about it. I figure if I have some at home, I can pack a slice to bring with me for meals on the go so that there’s no excuse for not eating Koronet.

I was really hoping they’d bring a gigantic, 30-inch box but to my dismay, they brought the pizza in two separate boxes. It does make more sense though.

Everything is good so far. I fell asleep full, happy, and cuddling with my pizza pillow. (Yes, I have a pizza pillow that my dad bought me for Valentines Day after I told him my ideal Valentine last year was a gigantic pizza.) 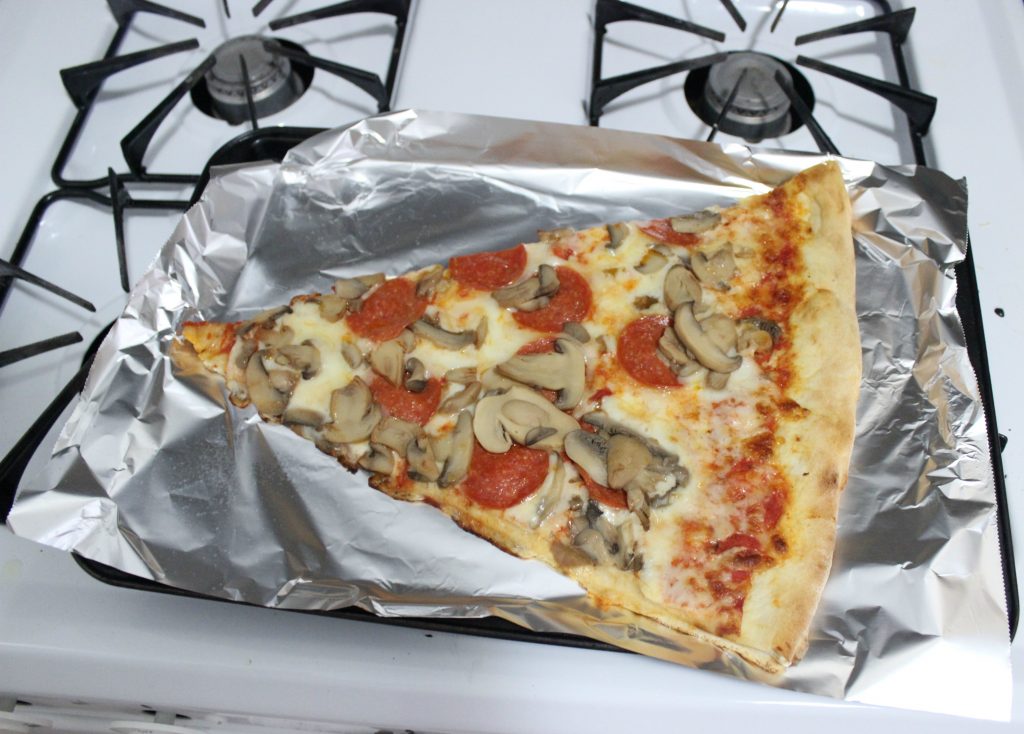 Today at lunch, I learned that a slice of Koronet pizza requires an entire cookie sheet to reheat it.

By now, I’ve told a few of my friends what I’m doing. Everyone has had the same reaction: face contortion into a shape resembling both disgust and surprise followed by: “Why?”

Since I went into work in the afternoon and figured I’d be hungry by the time I was ready to leave, I packed a slice. It was the first slice I couldn’t finish.

Right before bed I ran into an article about how to make vegan sushi with tomatoes that replace raw tuna. I began fantasizing about becoming vegan. 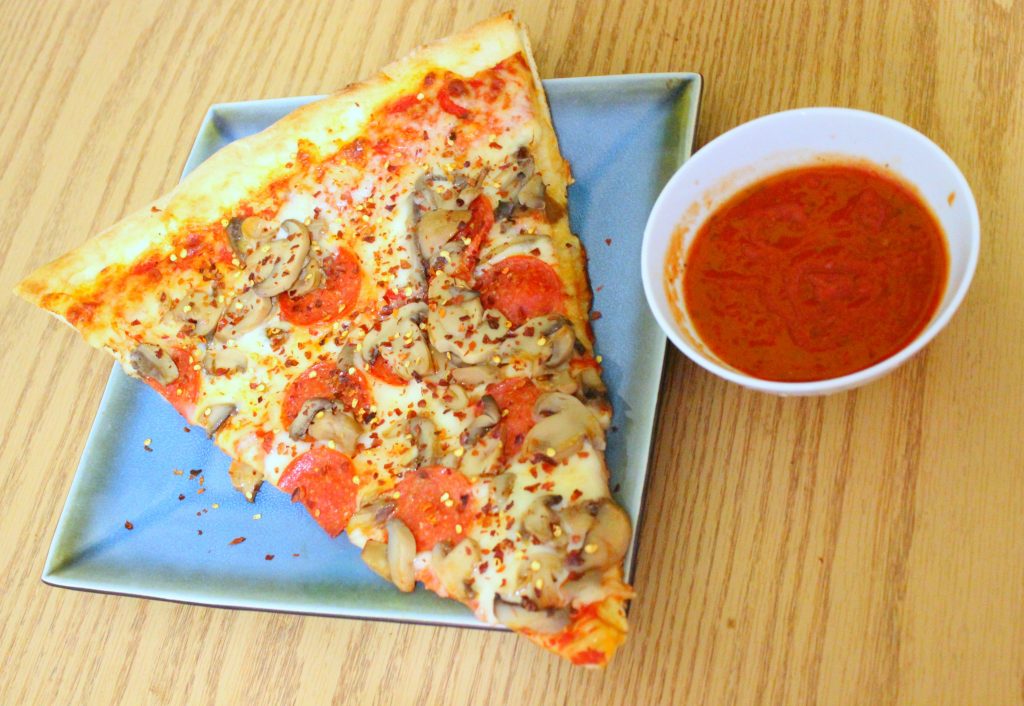 I woke up ready to not be vegan. I had a protein drink for breakfast since I decided I can have whatever liquids I want. I didn’t have lunch until 2pm though because I had to be hungrier before I was in the mood for pizza again.

This blue plate is actually the largest plate I own and usually use it as a serving/display plate and not to eat off of.

I managed to eat another slice accompanied with ranch and marinara dipping sauces. I felt way too full though and lazy after. I laid in bed and began craving papaya and kiwi.

After about an hour I began wondering if this diet choice is going to affect my ability to do well on my midterm Monday since I still haven’t managed to get out of bed.

Scrolling through Facebook has become painful because every other post is a disgustingly greasy DIY recipe video. 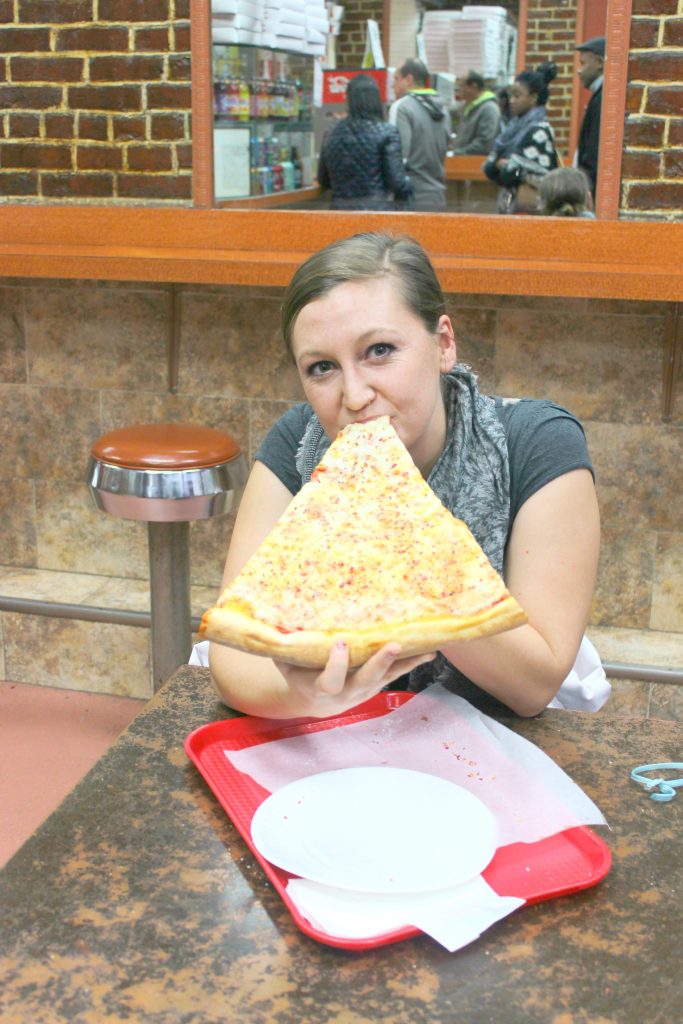 I’m happy to finally be half way through this. I dragged my roommates with me to Koronet for lunch and somehow regained momentum.

No really, this is the face of someone really enjoying eating pizza for the fourth day in a row. 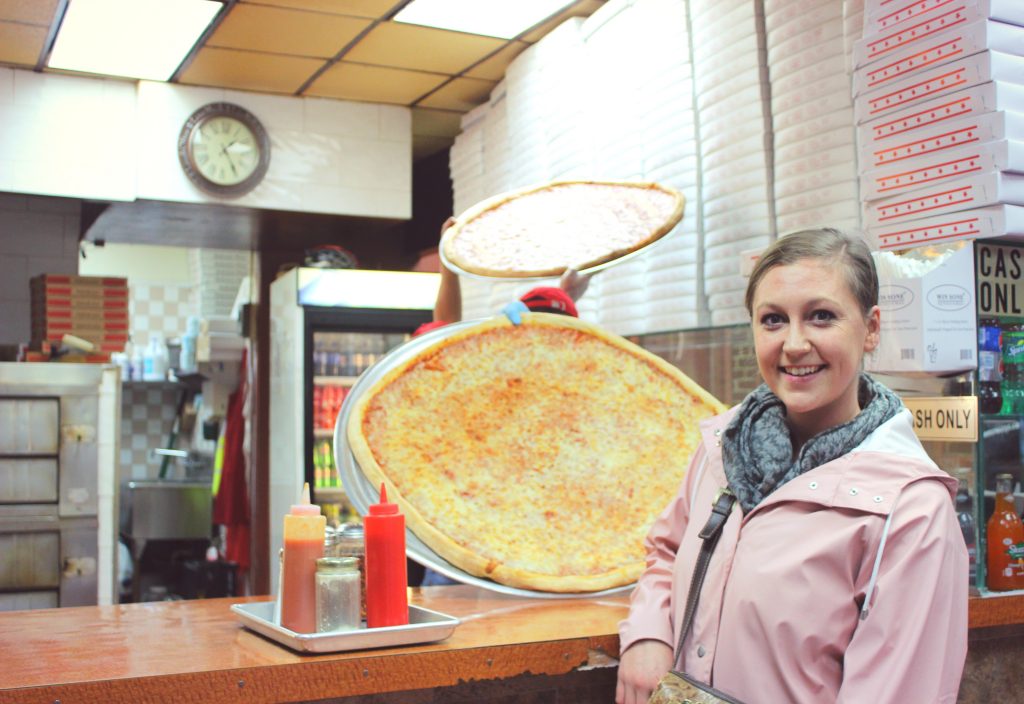 This is how much pizza I have eaten so far. Let that sink in.

My body has given up hope that it will receive anything healthy and I began craving junk food today. Just another sign that my body is sick of pizza while also showing that it’s given up hope of receiving any fruit or fresh veggies. I’m so relieved that this is almost over. My body has given up on me and has accepted its pizza-devouring fate. All it took was reminding myself that a pizza slice nearly the size of your torso is what makes America great.

I have officially made it through the last day of this challenge. I couldn’t be more ready for a raw food vegan diet than I am now.

The total pizza slice count has come to 12 jumbo slices of Koronet Pizza in seven days and I made it out alive.

Honestly, I thought this would be much harder than it was. I do still think I’ll eat pizza again some day but it’s likely not on the menu in the near future. 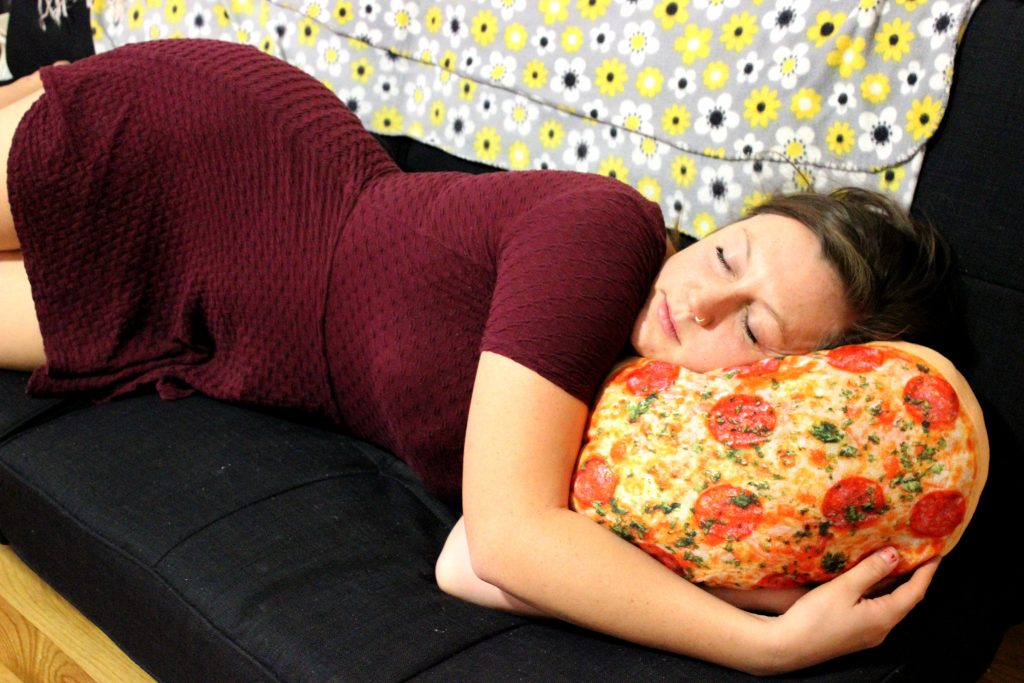