Tell me about your band name. (A little Googling tells me it might be a reference to an island off the coast of Madagascar, but I have a hunch there might be a little more at play here.)

Ramos: We originally wanted the name of a place, in the style of Chicago or Boston, but, firstly, all of the good locations had been taken (and some of the bad ones, Kansas comes to mind), and, more importantly, we wanted a place that couldn’t litigate. Thus, Nosy Mangabe, a small afterthought of an island populated exclusively by lemurs (an afterthought of a primate) seemed like a reasonable choice in both of those respects. 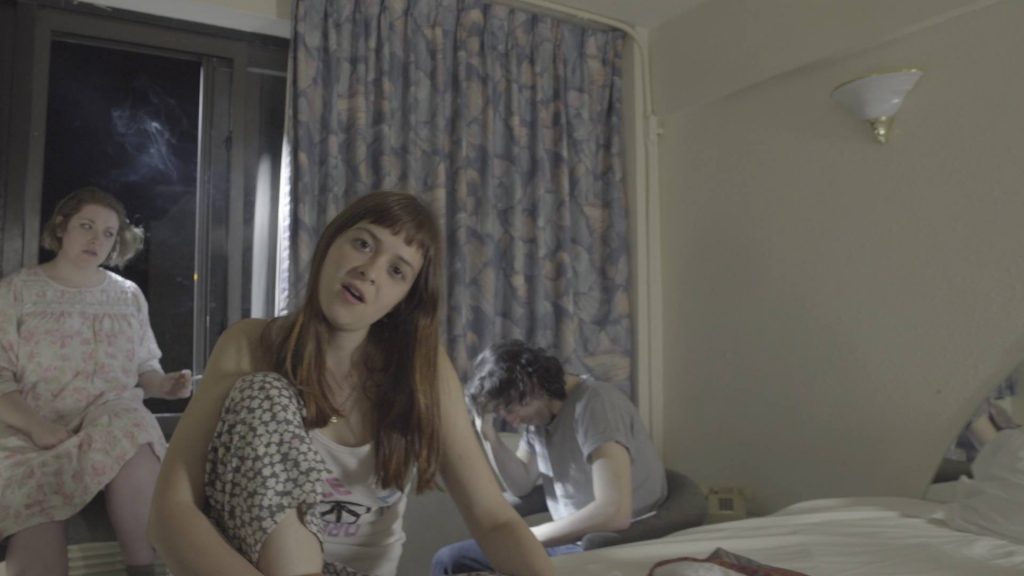 The genre in which you work, whimsy-pop, is on its face sweet and dainty; however, the themes you explore are pitch black, even quite painful. Speak to this musical Trojan Horsing, so to speak.

RAMOS: No one wants to be a tourist to someone else’s pain. It’s already bad enough feeling one’s own, so taking vacations in the suffering of another seems gratuitously masochistic. Thus, one of the ways one can rationally expect others to behold and endure one’s misfortunes is to anesthetize them with the siren’s call of flowery, upbeat melodies.

Sadness is a tough pill to swallow, and, if feeding my dog her meds has taught me anything, it’s that if the pill is wrapped up in something tasty, it’s more prone to get swallowed. To sum up my perspective on my songs with a song that is not mine: “Just a spoonful of sugar makes the medicine go down.”

Congratulations on premiering your new music video for Life’s Unfairy! It’s delirious, poppy and takes some delightfully jarring, Four Loko fueled left turns. That being said – what is going on here?

PELKEY: It’s definitely mystifying!… I called my mom when she watched it for the first time, and she didn’t really have anything positive to say, she was just like “oh, is this a personal reflection? What’s going on here? Your friends are really adventurous…you’re standing in a garbage can.” She was just really concerned about my well-being the whole time!

I’m pretty lucky. I went to high school in Miami to this school called New World School of the Arts, and my friends are incredibly talented. I went there for musical theatre – you can probably hear glimmers of that in our music – but most of my close close friends have become actors and filmmakers.

And so the director, Jean-Louis Droulers, puts out these incredible music videos, and we were just like buddies who got into mischief together. He said – hey, Pelkey, I love your music, let’s make a music video together! He has this very experimental, grimy style – very Miami-infused, fucked-up view he’s trying to provide his audience.

And so – Life’s Unfairy, when I brought it up to him, we had this recording we had been holding onto for forever, and it’s really wonky. It’s about divorce, actually. I had the idea of this girl trying to imagine herself in a more beautiful world that wasn’t the terrible world that was her parents’ relationship.

He came up this vision of the sex motel – oh my gosh, I went in with like four huge dudes with like cameras and [the sex motel employees] were like…girl, we don’t even wanna know! Little did they know it was the most vanilla thing happening in the sex motel. 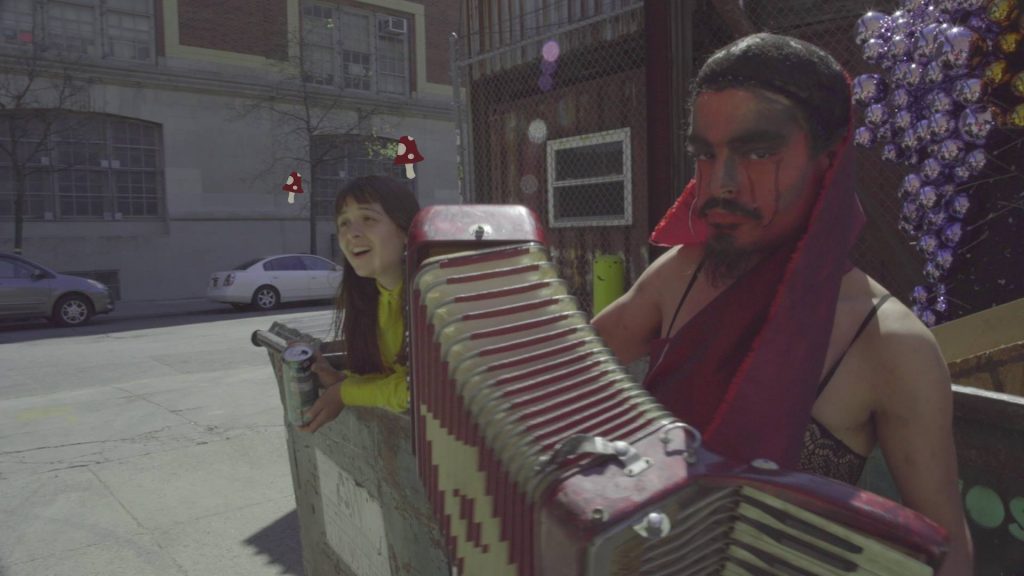 He came up with this image of the sex motel and it being a metaphor for this relationship, and from there – it was like an equation: how do we get this girl out of this room, through her imagination and then back into the room, and where’s the catharsis with the parents. Almost like a psychoanalysis of a music video.

She’s trying to imagine herself in a more beautiful place, and you see that when she wakes up in this beautiful apartment in posh Chelsea, and she has this beautiful Fairy Godmother being – and that’s her fantasy. Really, she’s just crawling out of a dumpster, and there’s this succubus creature that’s just pulling a trick on her. She thinks she finds this suitor, but really he’s just a homeless guy with a cup shaking change at her, and they’re walking through this incredible trash world in Bushwick that these people amazingly let us film in for free. She thinks she sees a nice-looking stranger with a dog, but it’s this weird dominatrix-puppy relationship. 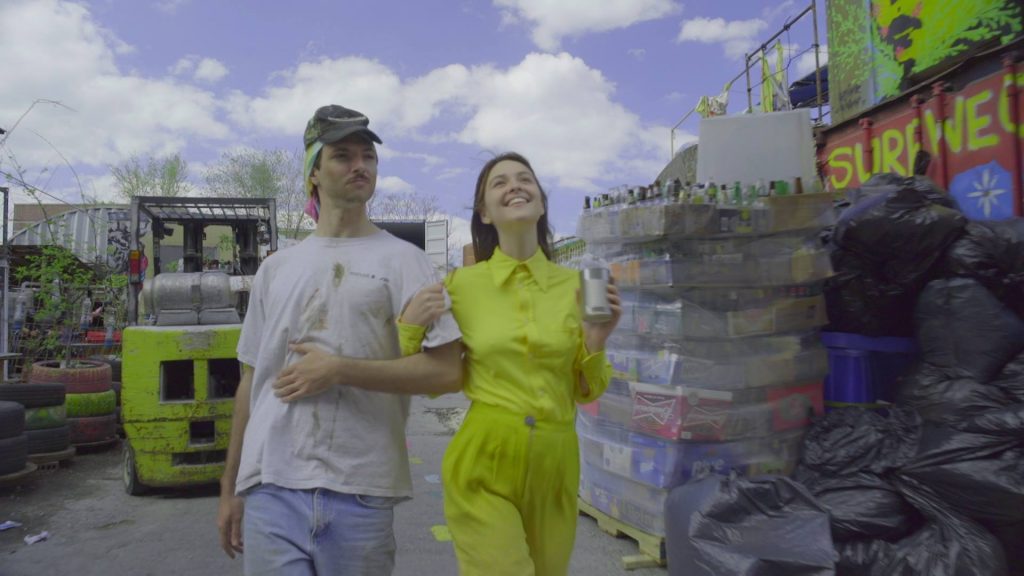 In the end, she’s broken out of her fantasy by the triggering event: the Four Loko fight, which is probably the most ridiculous thing I’ll ever film. We had to refilm it so many times because I just kept cracking up. She’s broken out of her fantasy, she finally realizes what’s going on, she’s running away, but she also gets an idea that she needs to fight her parents. It sort of begs the question – how do you make a monster?

Kaitlin, your vocal style blends the delicate and quavery with real strength and emotive power.  What are some vocalists you admire?

PELKEY: I don’t think my musical tastes are explicitly reflected in the music I make. By that I mean – I don’t really listen to vocalists, you know?   The closest thing to that is that I grew up on jazz, my dad’s a jazz pianist, so the greats are infused in my musical understanding. Ella Fitzgerald, who makes me like drool in public – a little bit of Billie Holliday…I don’t even listen to Regina Spektor that much anymore but she was so formative for me when I started writing music, so it’s impossible for me to not borrow some of her inflections. The confessional female singer-songwriter – and especially the baroque pop thing – is really hard to escape not being equated to Regina Spektor. 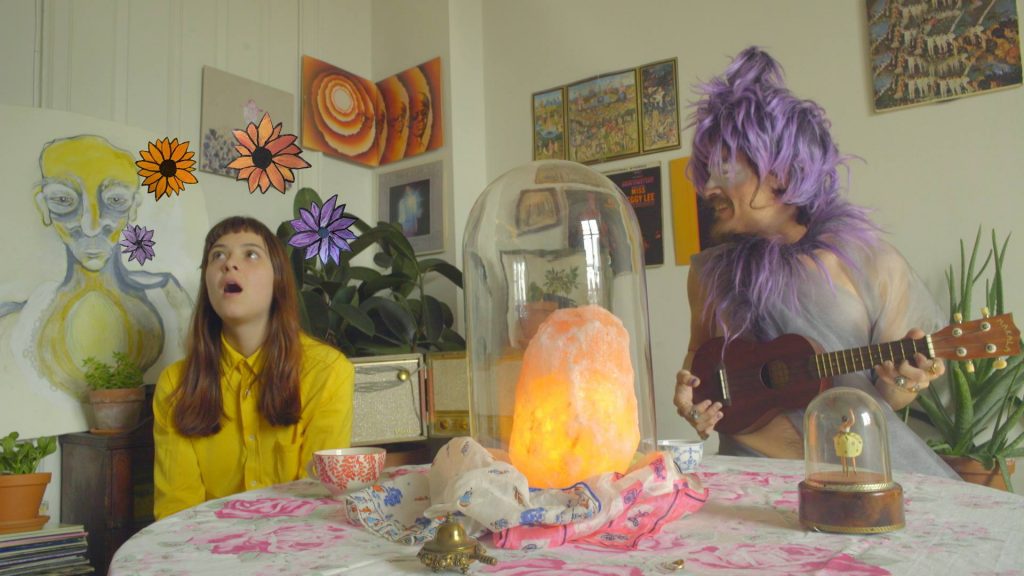 Your tracks are very emotionally affecting; Defying Darwin, specifically made me kind of giggly and kind of weepy at the same time. What songs make you get embarrassingly emotional?

RAMOS: I’m never embarrassed at my emotions, but songs from Spain that my mother would sing to me as a child have a way to tug at the heart strings (they were, in all fairness, culling songs, and though, they never worked, the intention wasn’t appreciated.)

If you could explore an entirely different genre with your band, what would it be?

RAMOS: Is mayonnaise a genre?

Your lyrics are studded with some really delicious words – “efeblume”, “scopolamine”, “ferrous” and “je ne sais quoi” (or “genesis quoi”), to toss in a few. What are some of your all-time favorite vocabulary words?

RAMOS: I’d hesitate to call “ferrous” delicious, though it is rich in iron. That stated, I’ve been learning French recently, so my latest and greatest vocabulary words are not overgrown, orgish sesquipedalians, but rather, the budding monosyllables of a French infant. There’s something magical about being able to use something as simple a bank of new words to make people in other countries and continents think I’m one of them. I’ve become a lexicon artist, if you will.

On a more serious note, as I’ve grown older, I’ve developed less of an urge to acquire words to express myself with, and more of a desire to discover new ways to understand others.  Perhaps I’ve been a victim of a sudden ambush by maturity.