All Aboard the Wayne Train: Talking football, life, and politics with Wayne Gallman

Wayne Gallman, known as the ‘Wayne Train,’ is a star running back on Clemson’s football team and a communications major.

People see college football players every week in the stadium or on TV, but we don’t often see much about their lives or aspirations.

Sitting outside Cooper library, we spoke to Wayne about football, life, and being a student:

What’s your favorite part of a home football game besides running down the hill?

My favorite part I guess is just when the bus pulls around seeing all the fans in the stadium and realizing the fact that we’re at a place where the fans came. 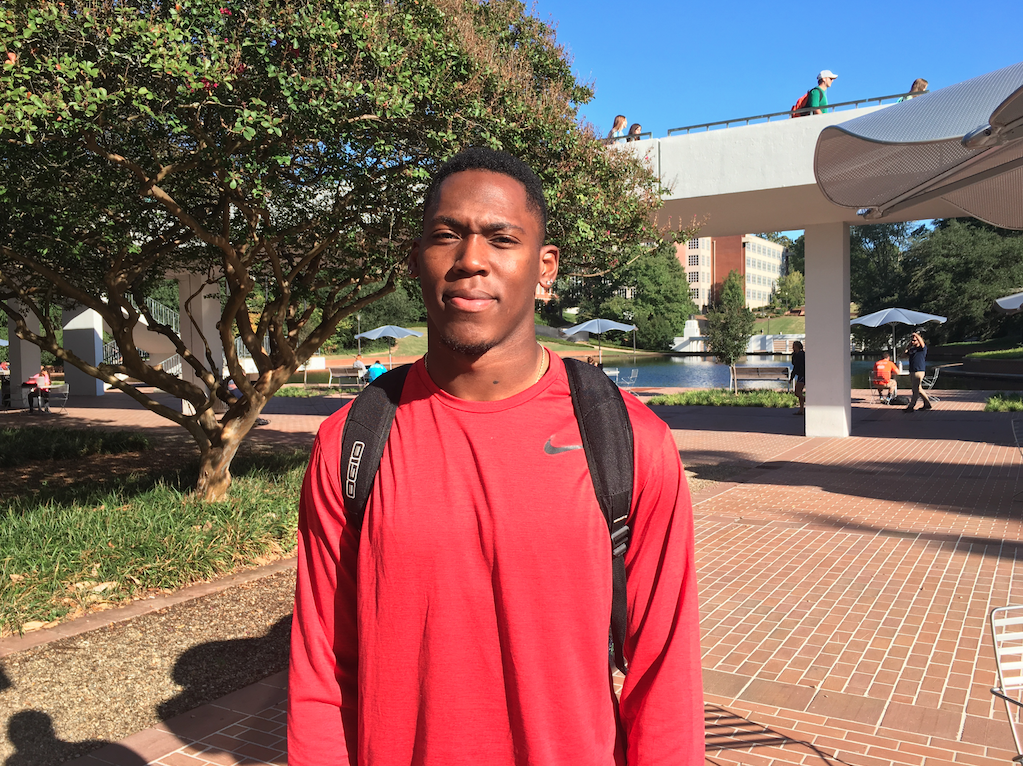 Is it fun to do away games?

Oh yeah, it’s always fun for me because I like seeing different stadiums and it’s different everywhere you go. Fans are always still there.

Do you have any pregame rituals? Are you superstitious?

Not really. I usually just listen to my music, go out and stretch, and just kind of relax my mind and calm down.

What’s it like being in class with people who are also fans? Have you had any funny experiences that you can think of?

Yeah, I had one class where people saw me when I came into class and they were staring. Then there was one point where one of the girls in class just couldn’t stop asking me about football and what we do in practice, but it’s alright, it comes with the territory.

What’s the pressure like? Has it been hard to be in the spotlight at such a young age?

Um, no. It’s kind of easy to block those things out because you realize as a person you still have a long way to go, so the pressure doesn’t really get to me.

During the season do you have a curfew?

Do you feel like you’ve missed out at all on the college experience?

Not really. It’s kind of came and went, you know, the times that we do have football off. Those times are kind of good to really get to experience the college life and go out and do those types of things, but during the season it’s just time to be locked in.

Where do you see football taking you?

Well, I leave for the NFL next year, the NFL draft. I just see it as a great opportunity to take me places that I wouldn’t experience. I’m in communications, so I obviously want to do something in broadcasting and stuff of that nature. Hopefully, I do well enough that I’m able to do those things.

Do you have any worries about life after football?

No, because I think Clemson does a great job of giving us those resources and really just letting us know that we have to have a plan for after.

As we saw with the Sikes sit-in last year, there are feelings of discontent in the black community stemming from a lack of diversity and displays of racism at Clemson. How do you feel about race relations here?

I haven’t experienced anything, but I have to say maybe I experienced one thing my freshman year. Me and my teammates were just driving, we were taking a right next to that Starbucks to go into downtown and this car just sped past us. It was a big red truck and they just yelled out the “N” word and we were like “what?” That’s the only experience and that’s the first time I’ve ever experienced racism.

God works in so many ways… #blessed #unconditionally @espn

Do you think there’s ever been a feeling of this kind of discontent on the football team here?

How do you think that the football team facilitates better race relations than Clemson in general?

It’s pretty easy because we’re all family and that’s how it should be. You should never look at anyone else and think any different about them then you do about your own family or just a friend. So that’s it. 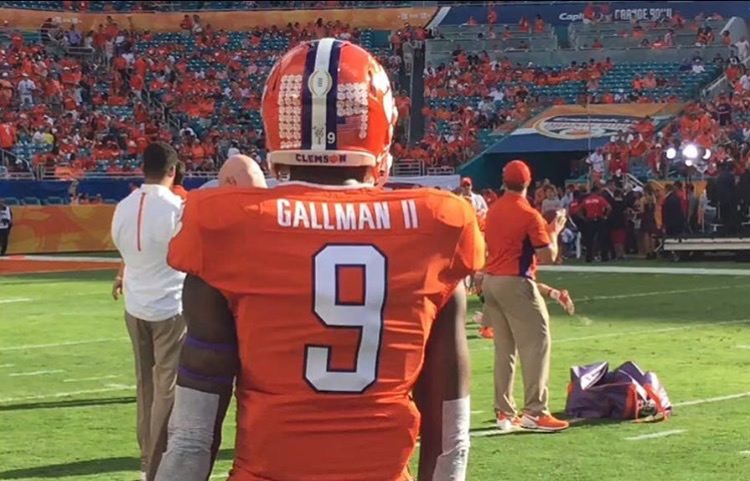 Who on the team is the funniest or the prankster?

Hm, prankster on the team, now that’s hard. I don’t even know right now. Our pranksters already left. The past few people who were on the team last year and the year before were the funny ones, like Shaq Lawson and Germone Hopper.

Who on the team is the most sensitive?

Most sensitive? Uh, shoot, that’s a hard one cause there are a couple people. Right now, I’d say Kelly Bryant.

Philippians 4:13- I can do all things through Christ who strengthens me.. All I gotta say is get ready! See y'all in January! #smileathate #savagemode

How do you feel about the 2016 election?

Thoughts that I have about it are that no one wants Trump for president. You know, everyone seems like they want Hillary to be president. But, it’s all going to come down to votes. I don’t really like Trump.

Who do you think you’re going to vote for?

I don’t know. I’m going to have to really take some time and look into it because I haven’t really been able to, I’m just going off what I see right now.