Watch this BU sophomore go skydiving in a mankini

This was Eddie Price’s ballsiest jump ever

Eddie Price is an enthusiastic skydiver who recently completed a 5,000 feet jump wearing only his gear and a neon green mankini.

Eddie was 13 when he first jumped out of a plane and has gone on to do more than 100 jumps to this date. In order to “change things up” he decided to do a jump in the mankini his family bought him as a christmas gift when he was younger

“All of my friends hated me in the mankini,” said Eddie. “So I told them one day I’ll jump in it. They laughed it off and didn’t take me seriously. Now look who’s laughing.”

Eddie said that other than some discomfort on his thighs during the opening, the jump was normal. While he generally jumps from a height of 14,000 feet, the mankini jump was only 5,000 since Eddie did not wish to quite literally freeze his balls off. 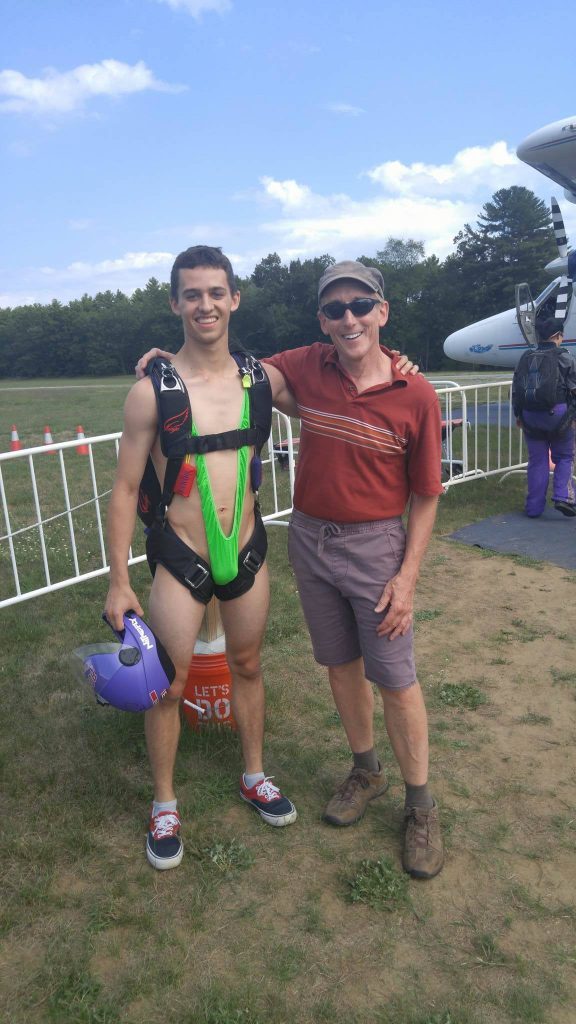 Eddie and a friend

Fellow jumpers applauded his display and said they all “loved it and found it hilarious,” while many others praised him on social media.

However, the best reaction to his jump goes to one of Eddie’s instructors for saying “I used to think you’re crazy but now I can see your nuts.”

The young Terrier grew up around the sport as he took after his father who has done around 1,000 jumps to date.

“I think I was a little frightened when they opened the door,” said Eddie about his first jump. “But after that you just forget everything and live in the moment. I think after five solo jumps I didn’t fear anymore. It’s very relaxing actually. People think of skydiving as an adrenaline filled sport. But only the tandems are really that scared.”

Skydiving is a passion for the Questrom sophomore because there is an endless supply of things to learn. “Skydiving has many different disciplines,” said Eddie. “I got bored of the traditional stuff so I’m getting into freeflying. It’s pretty much where your head is either up or down and not horizontal.” 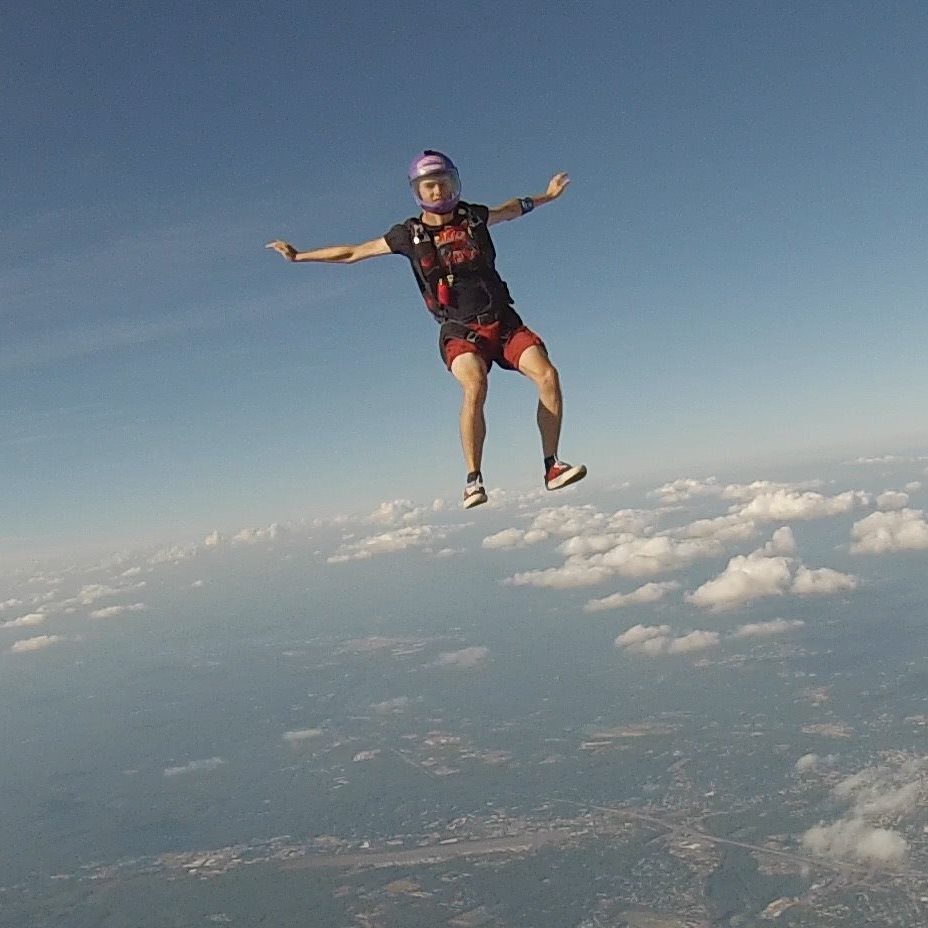 In order to generate more interest in the sport, Eddie has started a club at BU and is looking for active members with licenses to skydive beside with him.

“Skydive teams are pretty big at a lot of colleges and so I was surprised that BU didn’t even have one,” said Eddie. “I would be ecstatic to be able to jump with other BU students, it’s just pretty expensive for a lot of people.”

For more information on how to get involved with Eddie’s up-coming club you can message him on Facebook. Show some love and support for our fellow Terrier and his hilarious antics.