Her dad got second place

On Tuesday, El Pelon Taqueria hosted their annual Chile Pepper Eating contest. And the winner? No other than a fellow Eagle, junior Alison Hiatt.

The Arabic and Spanish double-major, a longtime fan of spicy food, sent the contest to her dad as a joke. “And then he actually signed up for it,” Alison said.

Alison and Mr. Hiatt were joined by twenty other contestants, all battling for the grand prize: one free burrito a day for a year. The key to her success? “You have to have a strategy, and my strategy worked.” 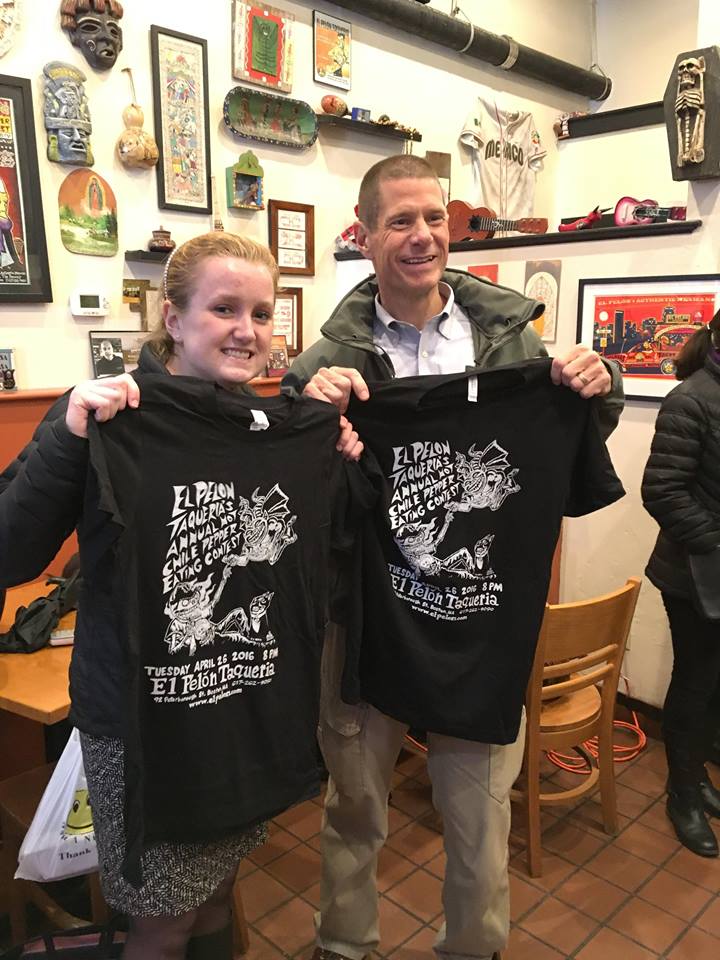 She said: “We started off eating one at a time, and then they started increasing the amount. You had two minutes to eat the amount they gave, but you were out if you threw up or if you drank this stuff they gave you. It was white – but not milk.”

Alison said she felt totally fine during the competition, but definitely not afterwards or yesterday.

Last year’s winner, a fellow BC student, ate only 64 habanero peppers. Once he dropped out, Alison said, “Woah, maybe we’ll be okay to win.”

And not only did they win, but did by a huge margin –  both Alison and her dad ate a respective 90 peppers each. She added: “We both ate 90, but I stayed in longer, so I won.”

In addition to a year’s worth of burritos from El Pelon, the entree fees for the event will be donated to the nonprofit Lovin Spoonfuls, totaling $5,000. And, in the words of the owner, “An obnoxiously large trophy.”

Will Alison return next year to defend her title? “I’m probably unlikely to do it again — maybe I’ll go and watch. It was fun to do with my dad.”