‘It’s my tiny piece of fame’

Nick Ebel, a UA freshman from St. Louis, is better known by his game day attire. This past season on game day Saturdays in Tuscaloosa, Nick could be seen sporting a skirt made from the red and white shakers.

While he spent a lot of time roaming the upper deck of the stadium – being that he is a freshman – Nick said the idea actually came to him while he was sitting in the lower bowl at the Kentucky game last season.

“I was sitting alone and I kinda realized I just had my one shaker sitting in my belt during the game when I wasn’t using it. I looked down and thought, ‘Oh hey, that could be funny if I put shakers all around and make a skirt out of it.”

After the Kentucky game, Nick went around the stadium and picked up all the leftover shakers in the stands. He saved them all for the next game against Texas A&M. This was the game where he first debuted his homemade shaker skirt – it happened to be one of the games that ESPN’s College GameDay was in town. His friend, Kristen Walz, painted the Alabama “A” on his chest as they camped out in the 45 degree weather. 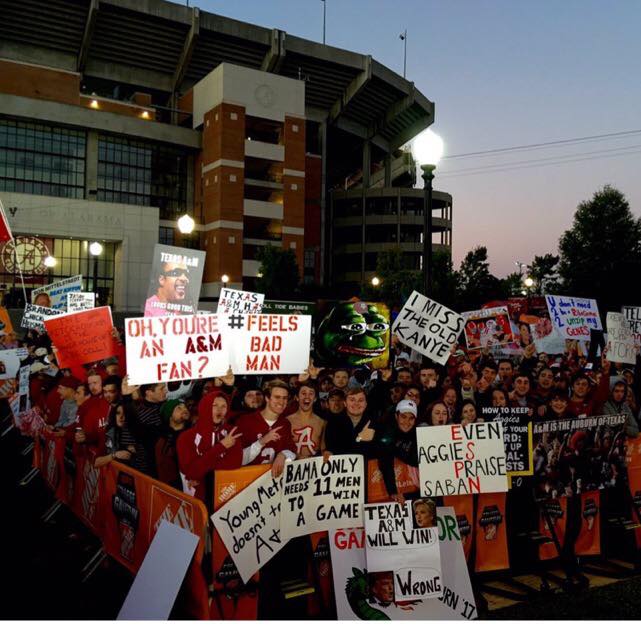 The 19-year-old general business major and communication studies minor said, “I have a lot of fun making people smile and walking around the quad shaking my butt at old ladies who make little strange comments…it’s my tiny piece of fame.”

He also said his outfit has gotten a lot of positive feedback so he hopes to do it for the rest of the games here on out. 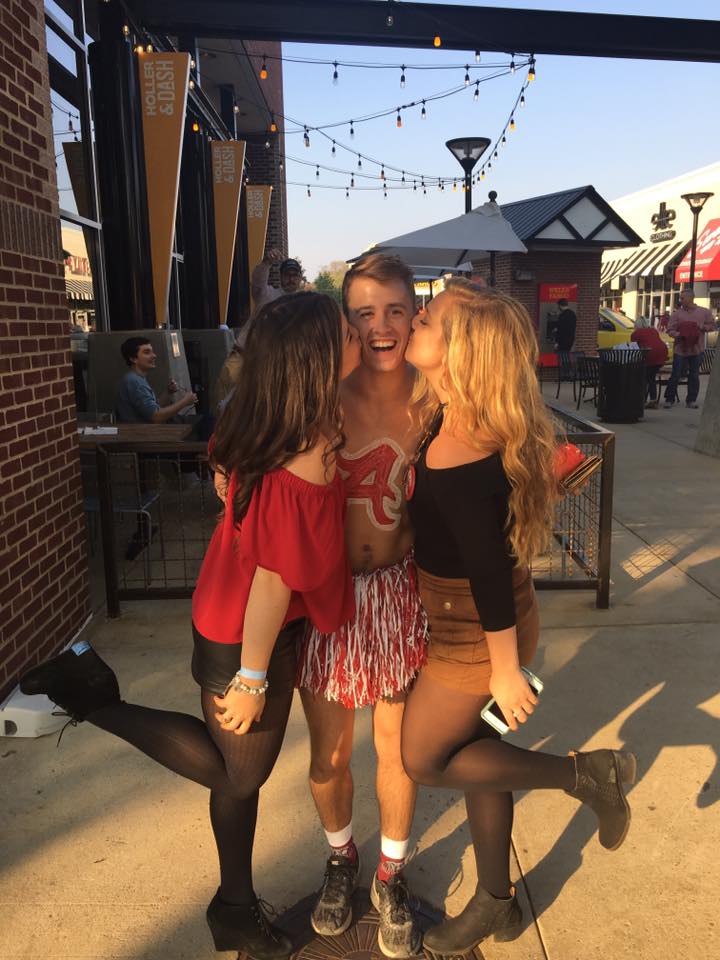 But the fun of it all took a little blow when Nick attempted to wear his creation into the National Championship game in Tampa.

“We were going to the gate with my shaker skirt on and the guard said, ‘Yeah, you can’t have those. No shakers allowed in the stadium.’ So I had to take all of them off and just left them there. So I was walking around in jorts, like Daisy Duke shorts, and a painted chest. I was getting some stares.”

In a post in the Alabama Student Ticket Exchange group on Facebook, Nick tugged at the heartstrings of his Alabama Crimson Tide community asking for “generous souls” to donate shakers so he could recreate his ensemble for all game days to come. He even coined his own nickname in his sign off by saying, “Sincerely, The Shaker Skirt Guy.” 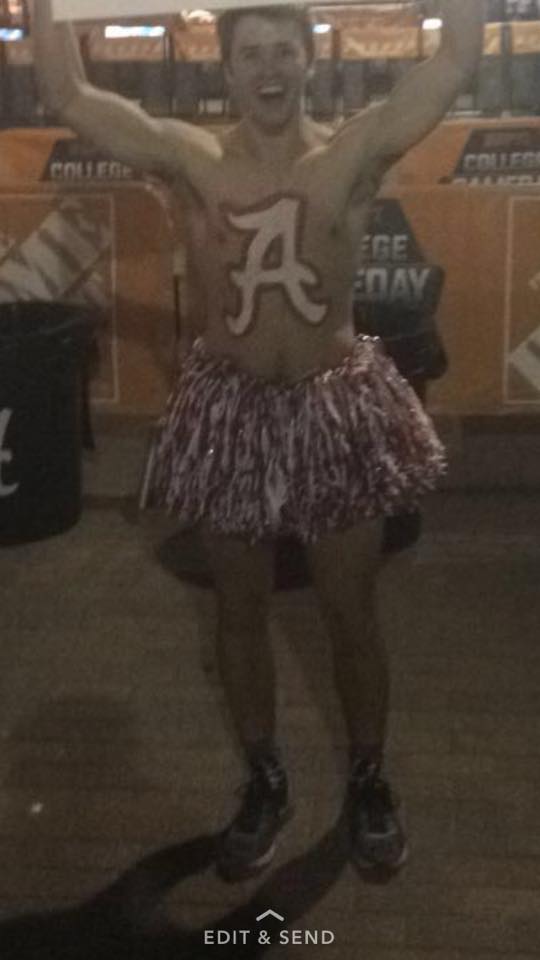 However, Nick’s National Championship experience was not ruined completely. He went to Tampa without a ticket, but a couple that he and his friend met at a tailgate had two extra tickets that they didn’t know what to do with. So, naturally, they gave the tickets to Nick and his buddy. He said, “Our jaws dropped. We were speechless and we had no idea what to say.”

Though we didn’t end up winning the National Championship, we still gems like Nick Ebel on our side.