“They rebuilt the alley a little bit.” Don takes my arm and we walk along together. Two tall stone walls line the path, topped by a verdant stubble of vines and moss. Don suffers from Parkinson’s Disease, and his legs tremble slightly with each step. He leans heavily on my arm. “We get up here, not that pole but the one down below there, OK? And we came in the other way. Around the back, OK? And we’re here. And we’re trying to figure out what’s going on…Right here. And this was a dirt road then, but you know, the wall is still the same.”

“How long did it take you to get down here?” asks Don’s middle-aged son Jim, who has been walking ahead of us.

“From the beach, it took me probably a good two and a half, three hours, Jim,” says Don. “We landed at 6:30, and it was close to noon time by the time we got up in here. Maybe a little later.”

“This is where you were eventually sent back to the beach?”

“Right.” Don steps away from me and looks back at his son. His blue side cap slouches back against his neck. It sports the blue and gray 29th Division patch, an assortment of pins including one from the 116th Stonewaller regiment, and the words “29th Division Association” stitched in yellow. Don points emphatically at the stone wall. “This is where it started from,” he says. “I got hit later on, down on the beach. But, you know…” He shrugs, pale eyebrows arching high. “We made it to here. This was the mission. Right here. Ok?” He turns from us, stares at the familiar lichen- encrusted stones of that sacred wall, laid centuries ago by Frenchmen whose names have been forgotten. “I just had to get back here,” he says, touching his cane to the ground. “Now I feel it. We made the circle, Jim.”  

“It’s a pilgrimage,” I say from behind the camera . 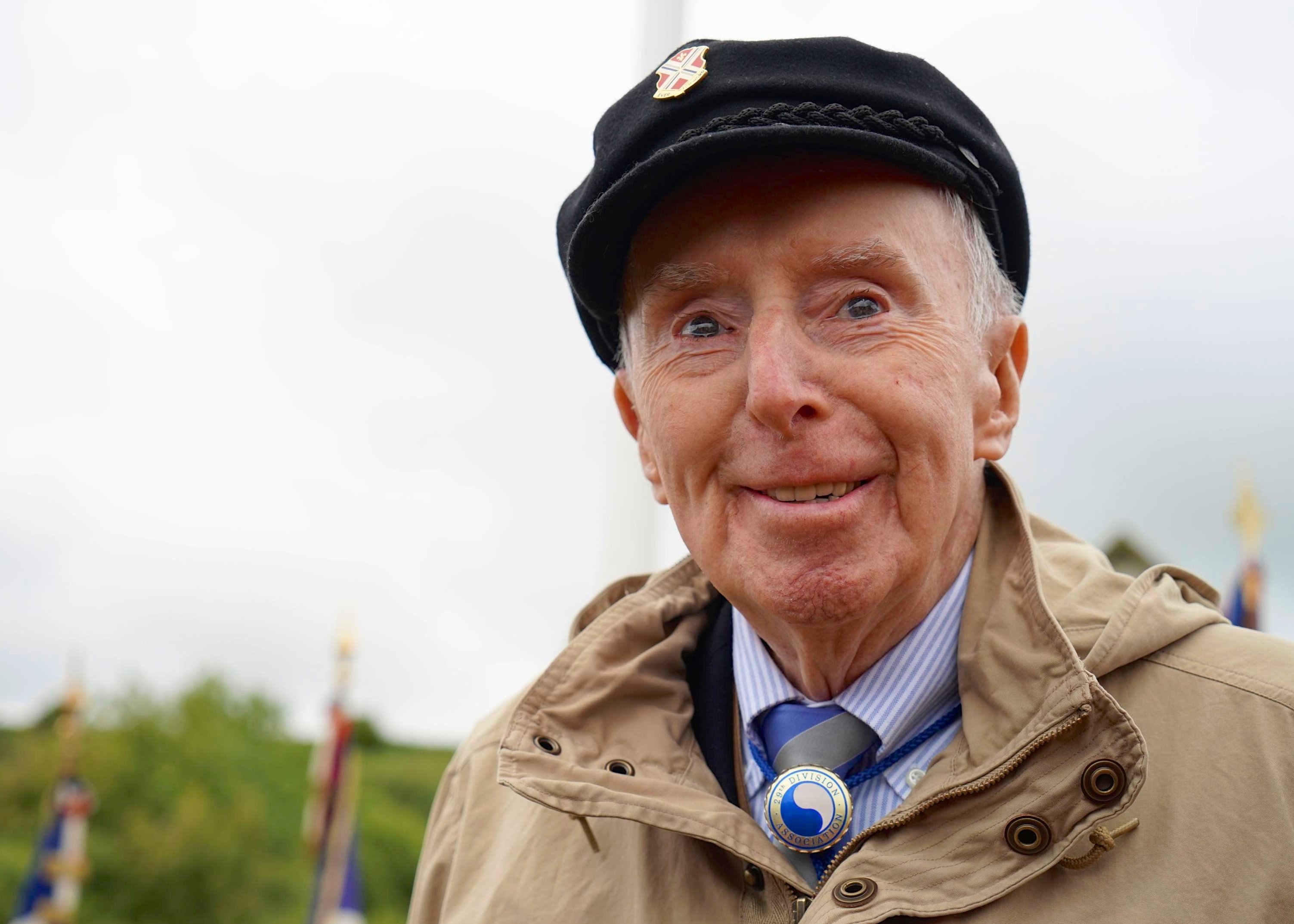 A still from Sunken Roads

That happened on June 5, 2014 in Vierville, Normandy, one day before the seventieth anniversary of D-Day. I had been Don’s traveling companion for the past week, revisiting places he’d known seventy years ago as a GI training for the invasion in Cornwall, crossing the channel to Omaha Beach, and fighting in the small villages and bocage country of Normandy. I was making a documentary film about the experience of retracing my great grandfather’s steps from the D-Day invasion, and because Don and I shared a route, we traveled together. He was a member of the 29th Division, whose ranks were comprised of national guard units mainly from Virginia and Maryland. At this point, we’d joined up with a group of about ten 29ers and their families, all of whom had made the pilgrimage to Normandy for the seventieth anniversary.

After the group of veterans returned to the United States I remained in France, staying at the home of a French woman named Suzette who had experienced the invasion as a child. I spent my days visiting the sunken roads and foxholes that still remain from WWII and interviewing Suzette about her childhood memories of the war. 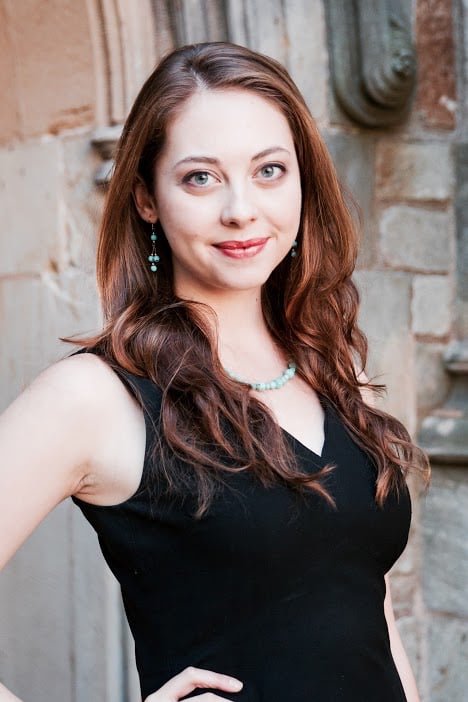 Sunken Roads is my first feature-length film, and I am thrilled to be working on it with my two favorite filmmakers— editor Mark Juergens and producer Lydia Robertson— who also happen to be my mom and dad. Balancing Sunken Roads with my school commitments has not been easy. At times, I’ve caught myself resenting the film for pulling me away from my friends, thesis, and graduate school applications. I can never hold onto this resentment for long, though; it entirely dissipates each time I listen to a piece from our original score (by Jordan Plotner, TD ’17), catch up with one of the vets or Suzette over the phone, or watch a newly minted scene. Sunken Roads will be an exploration of memory, intergenerational relationships, and the human desire to commemorate. Most importantly, it will be a record of the voices of a fading generation. 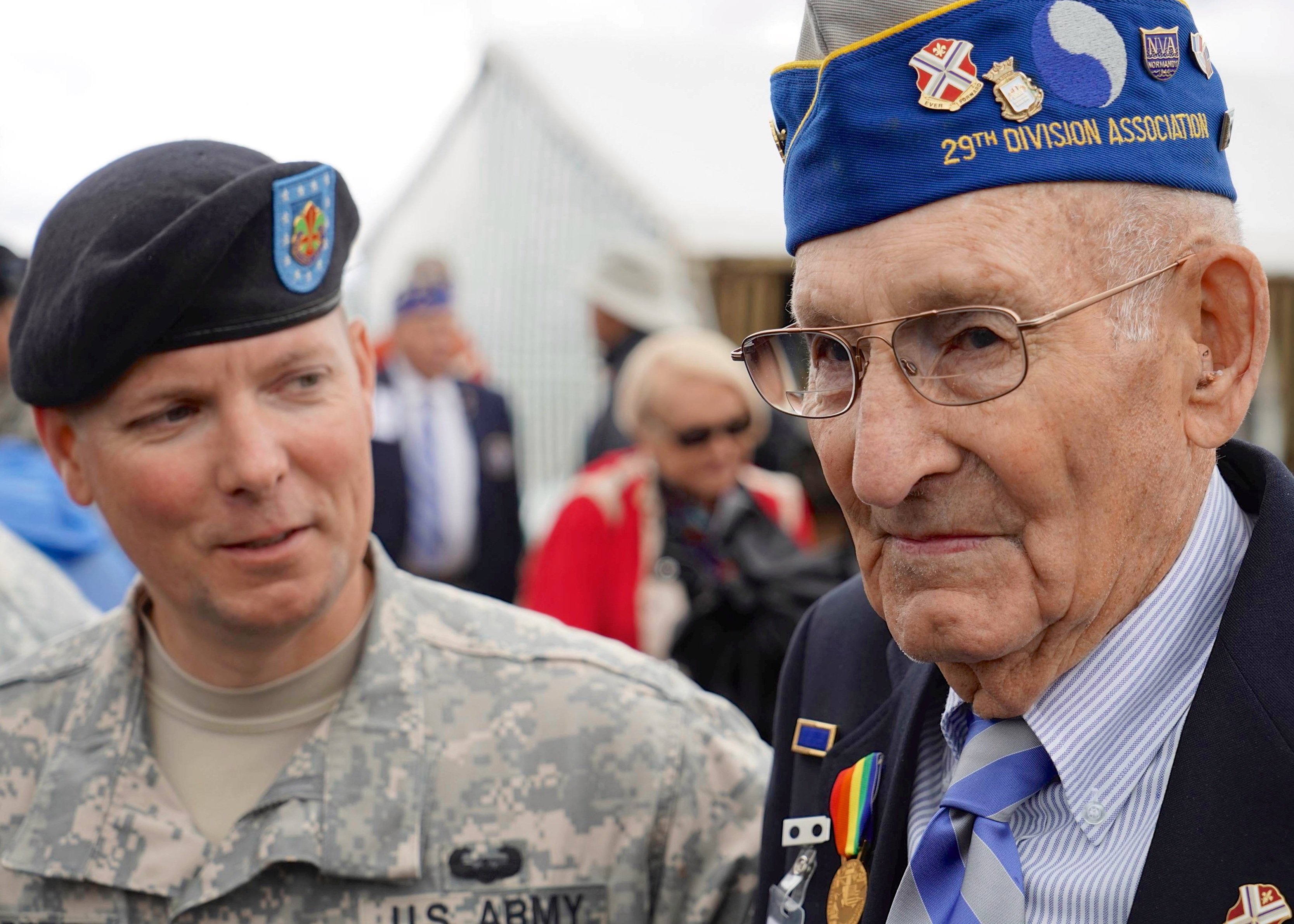 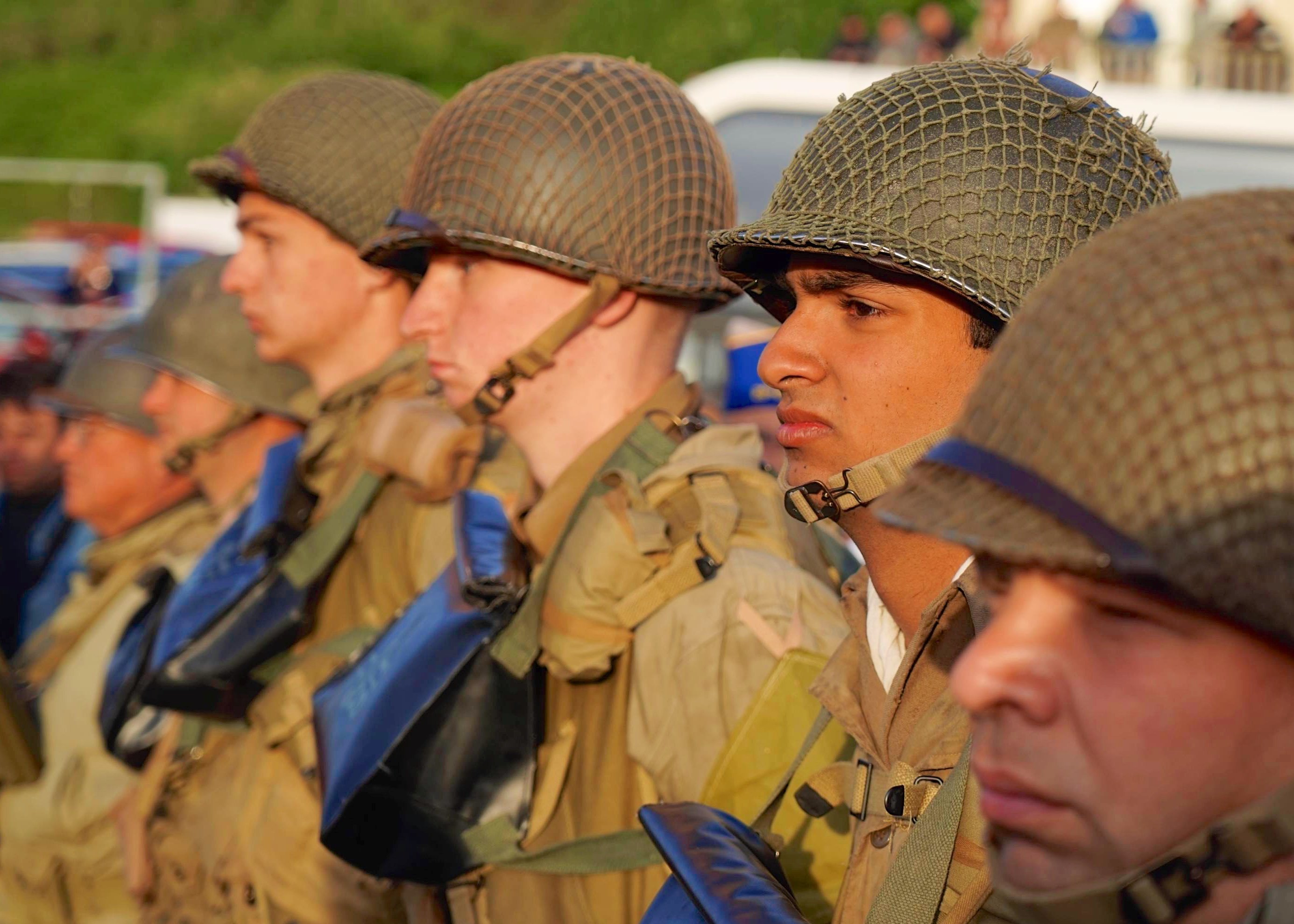 Although we will submit the film to a variety of festivals and distributors including Sundance, Toronto, HBO, and PBS, no audience could be more important than the veterans who form the core of this film, most of whom are in their late nineties. For that reason, we want to complete the film as efficiently as possible. We’ve launched a Kickstarter campaign to raise the $35,000 necessary to finish the film.

The response has been amazing — over $10,000 in under 10 days — but we still have a long way to go before March 19. If you like what you see on our Kickstarter page, please help represent Sunken Roads to your network by sharing this link and explaining to your family, friends and colleagues what you find compelling about the film. Please remember— no contributors will be charged if I don’t make the $35,000, so donating is not a risk! Thank you again.