We asked UW-Madison students about current events, and they were clueless

Get in the know

On October 2nd 2017 around noon, college students were asked the following questions:

One response read, “There was some sort of attack”

This “attack” left at least 59 people dead, injured about 527 others, and was one of the deadliest shootings in American History.

“Why is there such chaos in Catalonia?”

A student answered, “The soccer team is going on strike.”

This student is planning on studying abroad in Barcelona next semester.

“When will OJ be released from Jail?”

Another respondent said, “I’m not sure – when?”

After nine years in prison, OJ was released last night.

“Where will the winter Olympics be held this year”

A different student said, “I think Beijing, but I know the spring Olympics will be in Australia.”

The winter Olympics will be held in South Korea, and there are no spring Olympics.

All of these students attend UW-Madison, one of highest-ranking universities worldwide. This is just one example of students not knowing what’s going on in the world. Across the country, students at highly acclaimed universities are unaware of current events, and this is not something to be taken lightly.

Current events are not meant to be memorized for weekly quizzes, rather understood and analyzed. If students ignore the world around them, they will never be able to make changes going forward. In fact, students might not be able to answer interview questions concerning any field of study. 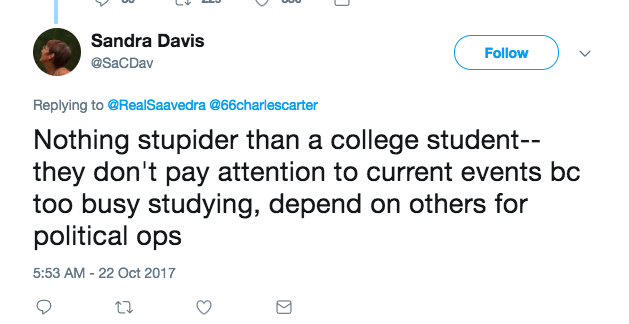 The scary part is, these events are making headlines practically everywhere. Even if you aren’t avidly reading the New York Times every morning, Snapchat, Facebook, Twitter and Instagram accounts are all covering these stories. They are extremely hard to miss.

My advice – start paying attention. Turn on the TV and listen. Don’t just watch but understand and take a stance.