It’s an extremely gray area, and it usually entails a double standard.

In the past few years, people have increasingly been using social media as a platform to gain attention, especially sexual attention, usually by showing off their bodies. There are Instagram, Snapchat and Twitter accounts where college girls send in their half naked or nude photos to be featured on their sites – but it is rare to see these kinds of photos of men.

There is nothing bad to be said about these girls – if you wanna show off your body, that's great! You are entitled to do so. But what comes into play here is the audience: it's dominated by men. That's fine, right? But what about when some of these men are in relationships? 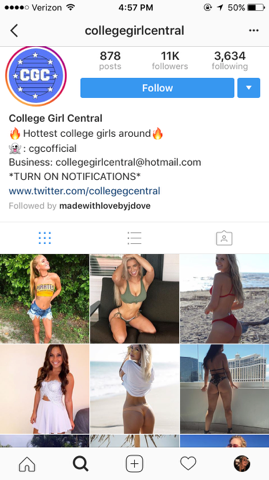 To some, that's still fine. But to others, AKA majority of the women in the relationships, it's not so fine.

Many people are deeming this as a "normal" behavior, as in it's natural and healthy for guys to continue looking at other naked women's bodies, because it's "how they're wired."

Yes, it is normal for people to find others attractive even while in a relationship – but it's different when one person is going out of their way to ogle.

Some people say it doesn't matter if it's normal, all that matters is how your partner feels about it. Impact versus intent: the men may not be trying to, or may not think they're hurting their significant other, but the impact of their actions is more important. If one partner is hurt by these behaviors, the simple solution would be for the other partner to quit them, but it's not that easy.

Typically people engaging in these behaviors are either keeping it a secret or get defensive when it's brought up. 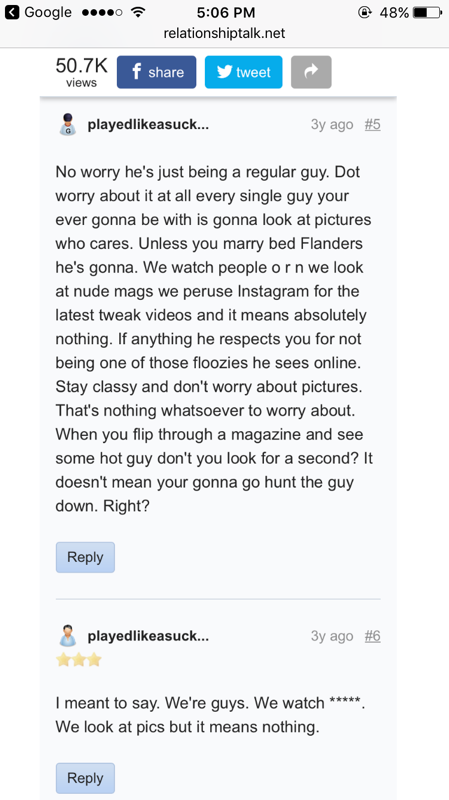 A thread from Relationshiptalk.net a forum to discuss common relationship concerns and questions

We asked UW-Madison women how they would feel about their boyfriends constantly looking at hot girls on social media.

It's fine as long as everyone's on the same page

"My boyfriend does follow accounts like that, and to be honest I don't care at all! He can follow whoever he wants, as long as he's not trying to contact them. Also, my Instagram is kind of like that where I post a lot of revealing photos, and he trusts me and gives me that freedom as well."- Lily, 19 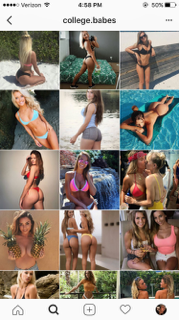 It's mostly a jealousy issue

"If i found out my boyfriend was looking at or following these accounts I would be a little disturbed but not super upset. I would probably feel jealous, and it might make me question him a little. But overall I know social media is not an accurate representation of the real world, so hopefully I'd be secure enough in the relationship to not worry about it too much"- Cassie, 20

"It would probably make me feel insecure and I'd compare myself myself to [the other girl] a lot."- Anna, 20

"I have dealt with this before. Having Sports Illustrated posters plastered all over the house made me feel insecure because the next thing you know I'm comparing my boobs to Kate Upton's when I go to shower."- Leah, 19

My opinion? If your partner loves you and your body as much as they claim, they should have no reason at all to be admiring others in this sort of way (unless the two of you worked out something and are comfortable with this behavior).

Disclaimer: I know this article is very heteronormative, it is just what has been brought to my attention and seems to be the most common for people in these relationships behaving this way.