Inside the Alec Cook case, the UW-Madison student accused of serial rape

A young woman filed a police report against Alec Cook 11 months ago. This report would be the first of many accusing Cook, a 21-year-old former University of Wisconsin student, of sexual assault related crimes, who is in court tomorrow.

According to the State of Wisconsin's criminal complaint, the woman says went to Cook's apartment after they had dinner and studied together. After arriving, she describes how Cook pinned her to the bed at which point she says told him he was moving too fast. The report states she was "telling Cook to stop with every gulp of air" as he forcefully kissed her and digitally penetrated her.

She says she then "accepted her fate and gave up a little bit." She asked Cook to at least use a condom. She alleges that at first he protested — but obliged until he ejaculated into the condom, when, she says, he ripped it off and "thrust it [his penis] back in."

The woman said this sexual violence occurred for hours. In the report she alleges Cook continued having intercourse with her, that he"yanked her into every imaginable position," choked her so forcefully her vision started to go, and slapped her in the face. The woman says that throughout this, she was protesting and trying to push Cook off of her.

The next morning the young woman says she went to the hospital to undergo a SANE (sexual assault nurse examiners) exam. That same morning she says Cook texted her, "I do want a second date".

After this initial claim, 10 additional women came forward with allegations about Cook. He now faces 23 sexual assault-related charges from 11 women. 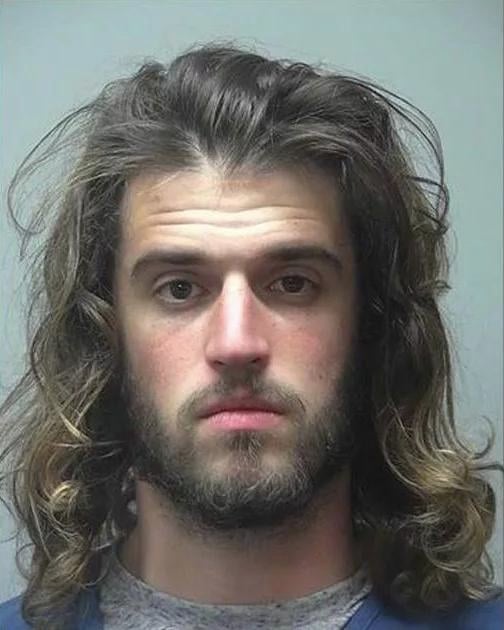 According to Crime Watch, Cook's first run-in with the law occurred in February 2016 when a UW-student asked campus police for help, claiming Cook was stalking her.

She says then went to Cook's apartment where "egged" her on to smoke marijuana with him. Before arriving she had one shot of Jack Daniels, and while there she had a sip of "gross" alcohol and some water or juice Cook brought her. After drinking the liquid brought by Cook she says she began feeling very hazy, and Cook asked her to come into his bedroom.

While in the bedroom, she alleges Cook digitally penetrated her so forcefully her vagina began bleeding. She said she was feeling "fuzzy" and "more and more removed."

The woman says Cook then had nonconsensual sex with her. "I told him no, but he still did," she said.

The third woman claims Cook had inappropriately touched her between 15-20 times during the semester while they were dancing partners in a university dance class.

On October 21, a fourth woman filed a complaint accusing Cook of digitally assaulting her in March of 2015.

The fifth woman came forward a few days later claiming she was having consensual sex with Cook when he started choking her. She says she asked him to stop four times before forcing him off of her. She alleges Cook then non-consensually reinitiated sex and began hitting her on her back and legs.

In addition, prosecutors claim Cook had a notebook with an "index page" of women's names. The women were individually documented and described.

According to a search warrant obtained by The Daily Beast, "Further entries went on to document what he wanted to do with the females. Disturbingly enough there were statements of 'kill' and statements of 'sexual' desires."

Many students on the UW-Madison campus say Cook had a strange reputation on campus, but were disgusted by the details of the charges against him.

She recalls an encounter with Cook during her sophomore year. She claims she was studying alone in college library when Cook approached her and sat uncomfortably close. The situation became so uncomfortable one of her male friends came over to her table and forced Cook to leave her alone.

"Whenever I saw him in the library I would get a chill down my spine," Kelcie Baior, UW-Madison senior said. "He was always known as that weird guy. Everyone I know has always said he gave them the creeps."

Cook, a Minnesota native, was expelled in February from the University of Wisconsin-Madison. The defense appealed the decision, but the university upheld his expulsion. Cook is also banned from the UW-Madison campus.

Tomorrow the Dane County Circuit Court will have a hearing to decide whether all of Cook's cases will be tried individually or together.

Cook's defense attorneys argue the incidents are separate and should be tried separately.

According to a motion made by the defense trying the 11 accusers together allows prosecutors to use "the number and nature of the allegations to paint the defendant as the bogeyman."

Prosecutors claim it is necessary for all of the charges to be tried together in order for the jury to fully understand the case.

The Tab Wisconsin will be reporting from the courthouse on Friday.