The lineup they’ve cooked up is dope…

It’s safe to say that Revelry 2016 didn’t have the greatest lineup. The headliner, iLoveMakonnen, was simply a one hit wonder and the other artists were only known by those who devote half their lives to finding underground artists. It was also a disappointing lineup considering the years before: In 2015, they had Chainsmokers and Chance The Rapper; in 2014, they had Dillon Francis, Waka Flocka Flame, and G-Eazy, and in 2013, they had Hoodie Allen. How could we go from getting all these huge names to someone who’s really only know for the line, “club going up on a Tuesday”?

Well folks, this year our luck returns. The headliner is great, the lineup is great, and now Mifflin Weekend is going to be stellar (assuming we don’t get the same rainy, cold weather we did last year). 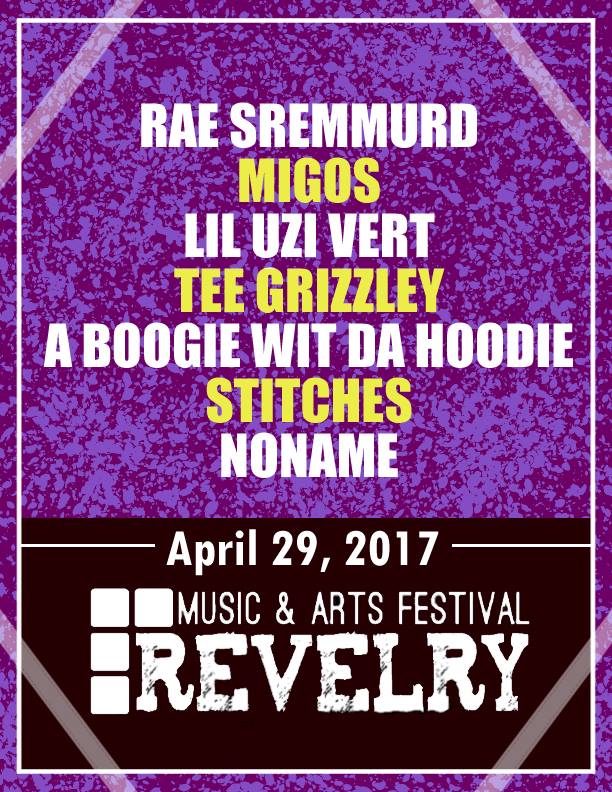 Now, people who aren’t really into rap and hip-hop may not know most of these artists, and may feel like it’s a repeat of last year. But I’m sure nearly everyone knows Rae Sremmurd for their top hit, Black Beatles (and they have many more popular songs) and Migos, for their hit single, Bad and Boujee, which features Lil Uzi Vert, so of course he was added to the lineup.

The rest of the lineup comes from the upcoming 2017 XXL Freshmen Class, who are all currently up against each other for the 10th spot of said class. You can vote here. Also, can we just give a round of applause for Noname – a female – being featured with this group of artists? Again, it is sort of similar to last year in the sense that the lineup consists of artists that only those who are really into this genre would know about, but then again, that’s how most concerts turn out. At least we got two big names, who both have more than one hit.

Rain drop. Drop top. Revelry will knock your socks off…? (that was lame I’m so sorry).