Ever wondered what it’s like to get your vagina waxed? Here’s everything you need to know

Western beauty standards and razor ads have effectively set the precedent for hairlessness among women. And I, like many of my female peers, long ago subscribed to a rather prepubescent-chic look in the bikini department (sorry Mom, tmi).

But shaving sucks. We all know it, we all suck it up, we all hate the patriarchy just a little bit more for it every time we get an ingrown hair (or 17) and a 5 o’clock shadow where the sun don’t shine.

So I’ve been contemplating getting a Brazilian wax for a long time– like 4 years, a loooong time– but I’ve always been scared of the pain or worried about the embarrassment of baring it all to a stranger or concerned about the price. But recently I was talking to a friend who has been getting her flower stripped for almost a year, and a friend who just dipped her toes into the waxing world, and I decided it was time to get over my fears and rip it off like a bandaid or, say, a wax strip.

So I did it, I made the appointment online at my local European Waxing Center and cut back on the coffee (the internet told me it would make it hurt less). The only mistake I made was scheduling my first appointment almost two weeks in advance, leaving FAR too much time to contemplate my cupcake’s looming doom. 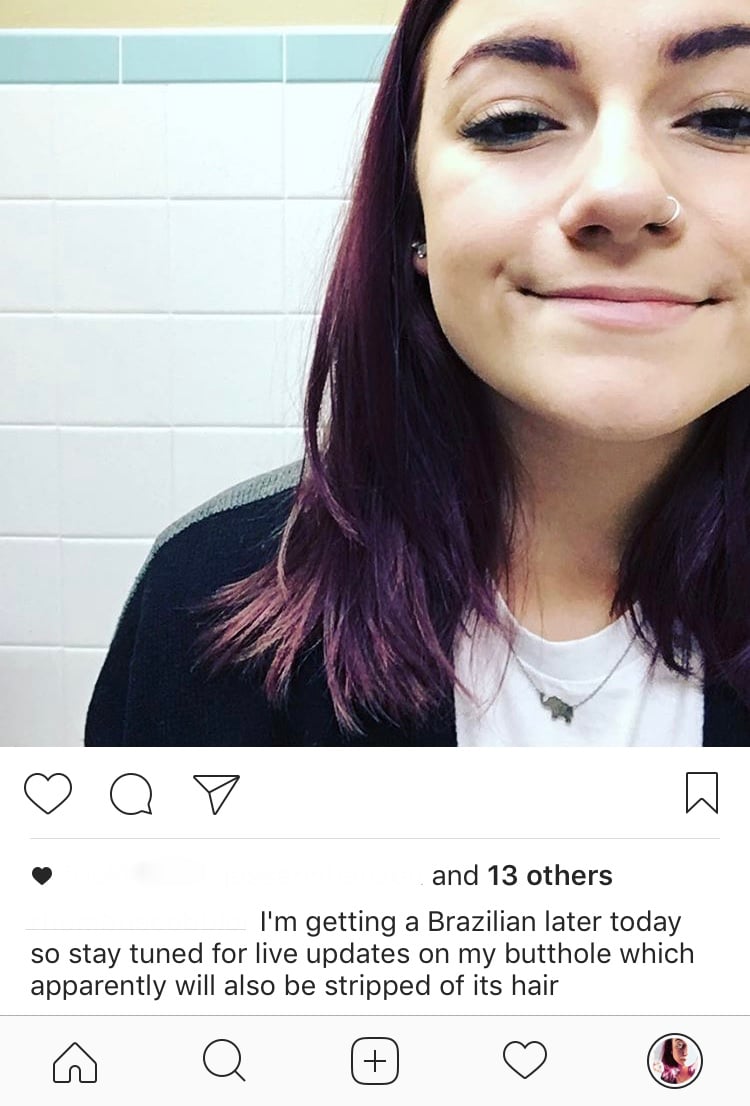 My finsta remained extraordinarily updated with the process

The day came, and so did the anxiety. It suddenly dawned on me what a Brazilian entails– that is, everything between your belly button and the small of your back– and I was suddenly faced with the horrible truth that a perfect stranger was about to be more up close and personal with my anus than any one person ever before has been (and, all the better, under fluorescent lighting).

And that anxiety over the upcoming confrontation between my rosebud and the wax technician led to some pretty intense pre-womanscaping maintenance. Google told me to exfoliate and my better judgement told me to shave my 2-weeks-overgrown legs and very thoroughly cleanse. 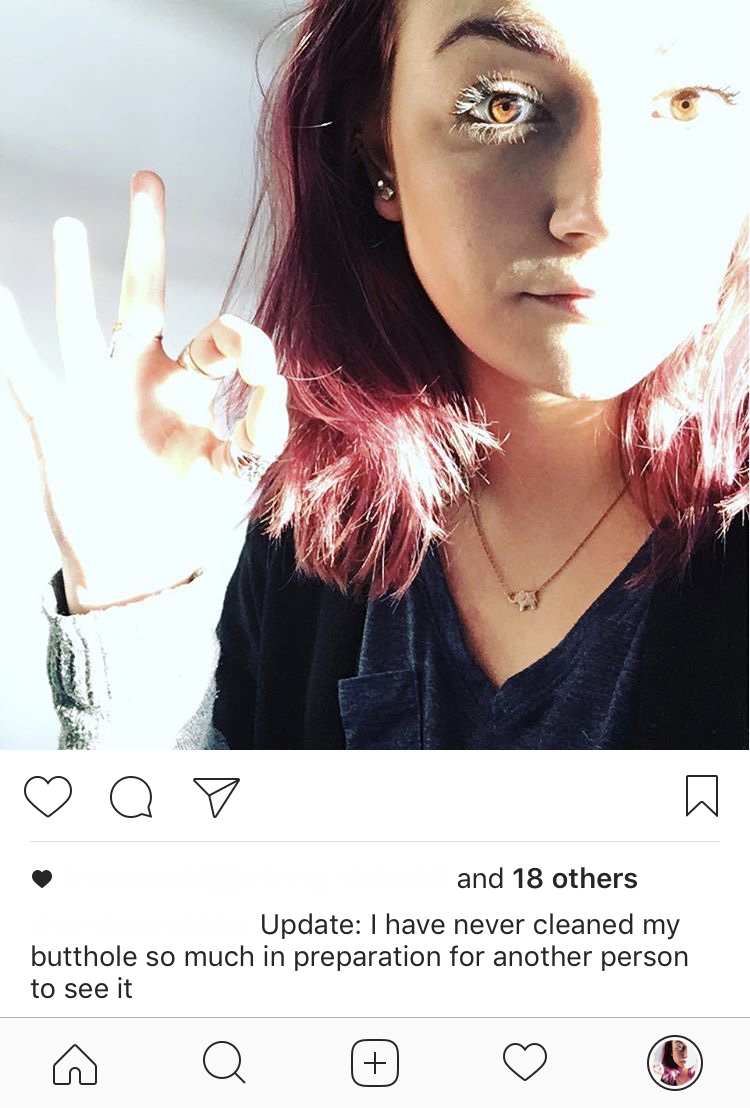 And then, it was time. No amount of exfoliating, scrubbing, or skipping caffeine could properly prepare me. I gave myself a little over an hour between my last class for the day and the appointment, and I wish I had about a third of that time to be left to my own thoughts. 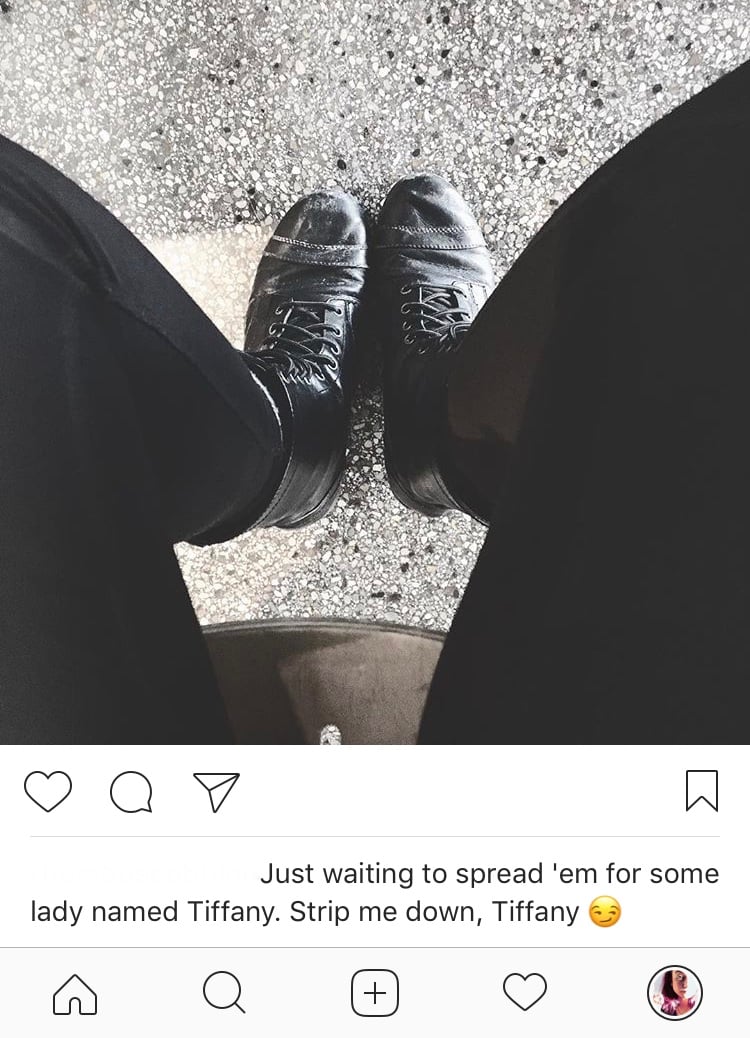 So then comes the part we’re all wondering: did it hurt?

In the spirit of my man Abe and trying to keep it uncomfortably real with you beloved strangers reading about my most private area, I have to say: yes.

Yes it hurt. It hurt in a way I can’t quite properly explain. It hurt in an uncomfortably warm, “are you sure that’s not burning my vagina?” kind of way. Followed by a sharp, involuntary intake of breathe. And then a temporarily immobilizing sting.

And the part that some of us are apparently more worried about than others: how about the butt?

Well, after you’ve had the hair brutally torn from your labia, a short tug on some (comparatively sparse) hairs surrounding your anus is a walk in the damn park.

And just like that, it was all over. Some relatively natural small talk, 15 minutes, approximately 2.7 million wax strips, and $50 later, it was over and my vagina was returned to its prepubescent glory. 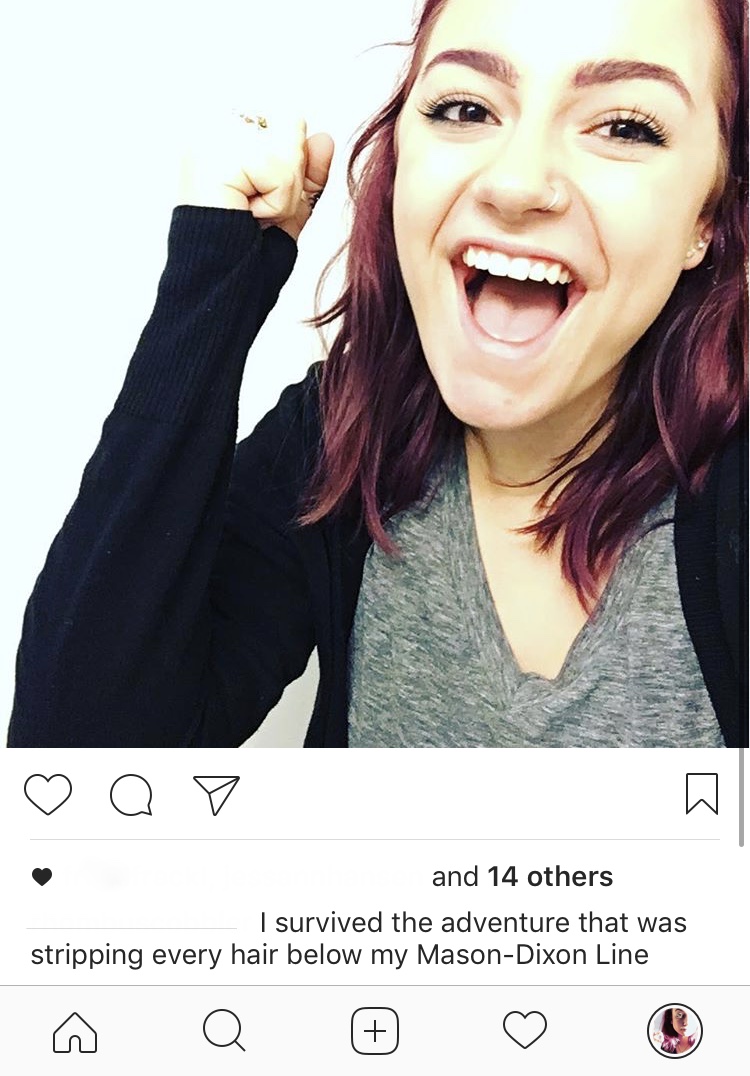 And the part our wallets are concerned about: how long did it stay?

The technician made it clear that the first wax hurts the most and has the fastest turn-around (which my more wax-experienced friends confirmed). But subsequent waxes should be maintained approximately every 4-6 weeks depending on original density, frequency, and experience.

For me, it’s been about a week and a half since my exhilarating, self-torturous adventure and there’s a fair amount of stubble growing in already (not super pleased). HOWEVER, that stubble is much softer than it usually is after shaving, and it is noticeably thinner (pretty pleased).

And the part that is probably the best gauge of my experience: will I be a returning customer?

Waxing is a great option for those who absolutely need to be smooth and don’t like the painfully fast turnaround that comes with shaving. The pain is tolerable and temporary and the results are incomparable to anything that can be achieved even immediately after the use of a razor.

So yes, I will absolutely be maintaining my Brazilian and I highly encourage anyone even sort of considering it to take the leap– it’s only 15 minutes of discomfort (I’ve sat through 75 minutes of far more uncomfortable lectures) for one of the smoothest, most frictionless aftermaths you could dream of.

Other stories recommended by this author –

What happened after my boobs went viral

What girls actually want to hear during sex, by girls