We’ve been left with some really limited options. If you’re not into super generic gender roles and most likely questionable consent you’re basically left with lesbian or solo foreplay and some of us just aren’t really into that sort of thing.

Hey “Adult Entertainment” industry, I am a straight, female adult and I, too, would sincerely appreciate some realistically appealing entertainment. Here are some ideas: 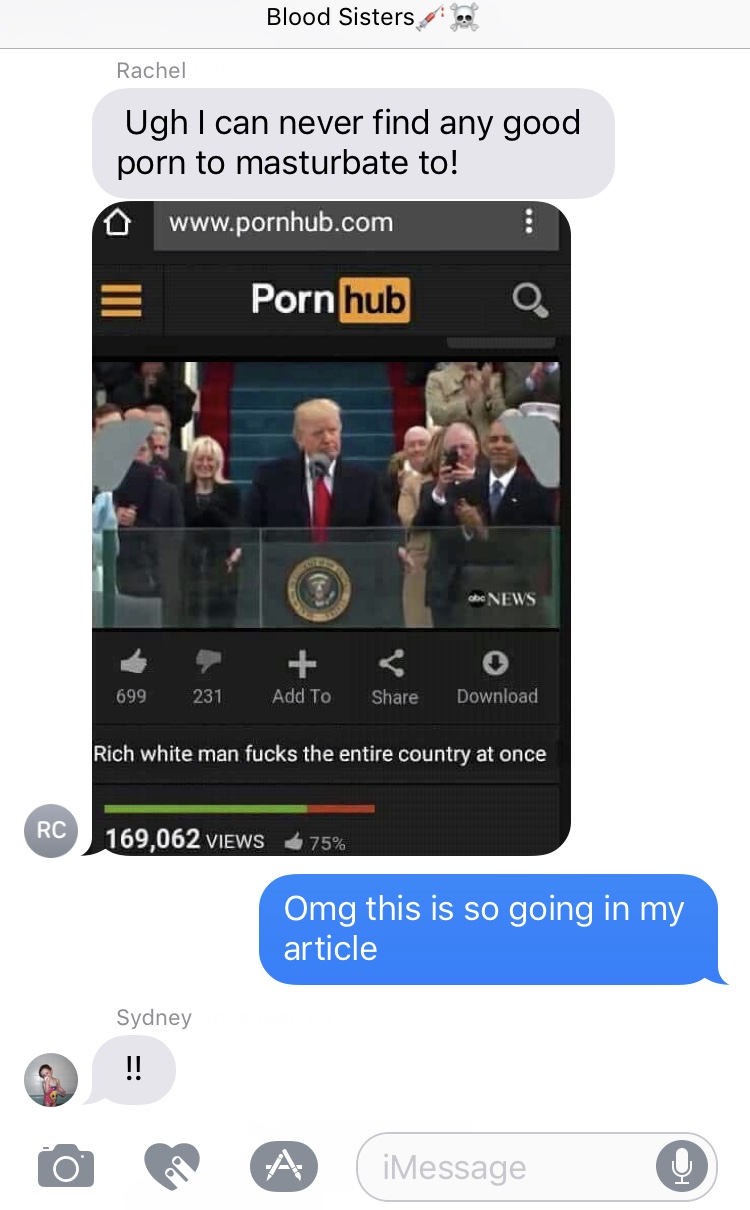 This problem has been plaguing women for years, it’s time to take a stand!

She comes home from a long day at the office to the kids’ homework done and teeth brushed and a romantic dinner for two already set on the table. Her husband tells her about his day vacuuming the living room and separating lights from darks and she fills him in on her new client at the firm.

They leave the dishes for the morning– ya know, risky behavior– and move to the bedroom where he takes a generous lead. Their eight-years-married, ten-years-together dynamic flows powerfully and seamlessly. He takes his well-trained time and sends her through the roof.

He pulls into his driveway after dropping his son, Owen, off at his mother’s house for the week and catches her at her mailbox.  He asks her to a meal at the local diner that Saturday.

After their breakfast-for-dinner date, where he couldn’t stop beaming about last spring’s second grade spelling bee (in which his son took second place), they go back to his place and have hot sex.

He’s generous and strong and knows how to show her exactly why the “dad bod” is in.

Spoiler alert: the student actually writes the god-damned assignment because that’s how the real world works. 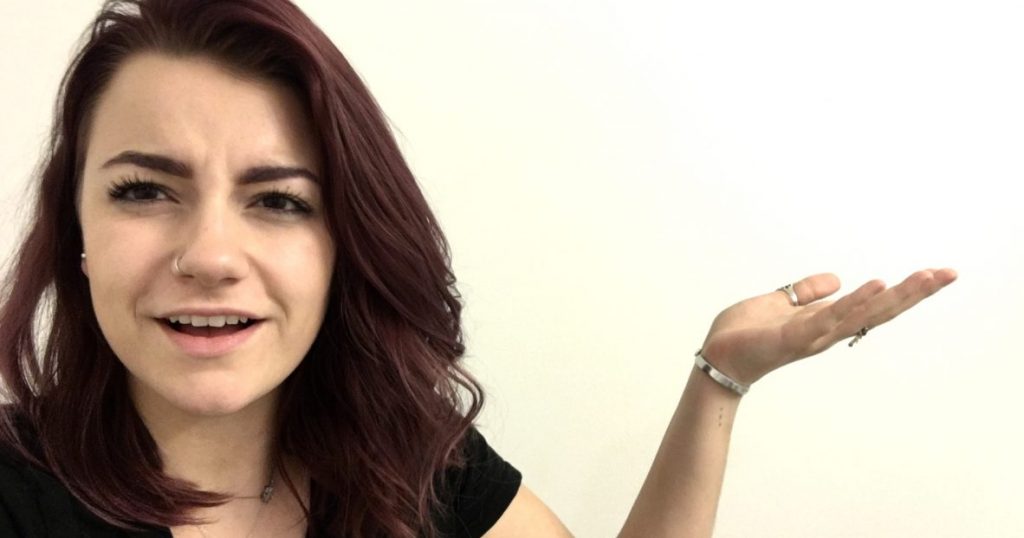 Get ‘er doneThey get home from work about the same time as each other and eat leftovers for dinner. He feels frisky, she feels bloated and tells him to wait until she can at least poop first. They watch How I Met Your Mother on Netflix and then brush their teeth and she slathers on three different moisturizers her dermatologist recommended. They lay down and he tries to cuddle her. She pushes him off and asks why he’s “so damn warm” and he half-asses a corny line about being hot for her.

She rolls onto her back, “make it quick and warm me up first.”

She half-watches the episode of How I Met Your Mother still playing on the TV as he dutifully fingers her (they already brushed their teeth, don’t get too excited). She shifts to her side and they have average spoon-sex for approximately 7.3 minutes.

She didn’t spend a decade and $400,000 on her education for you to come in for your quick check up and get a quick feel up. She’s not wearing a white coat and scrubs for you to sexualize her nipples under some intimate, industrial, fluorescent lighting. Nope, she learned the anatomically correct structure of the penis to help you get well, not get off.

Your check up goes as planned, she leaves your examination room and walks straight into a surprise visit from her husband on his lunch break. They retreat to her office where heart rates and temperatures elevate as they have a steamy encounter beside her permanent name-plate.

They come home from a night out partying and make the obviously correct decision to order take out at 3am (because a gyro is clearly better than any sexual encounter you’re destined to have after too many vodka sprites).

The tasty pita meals arrive and they giggle through their tzatziki sauce before falling into food comas for the next 13 hours. 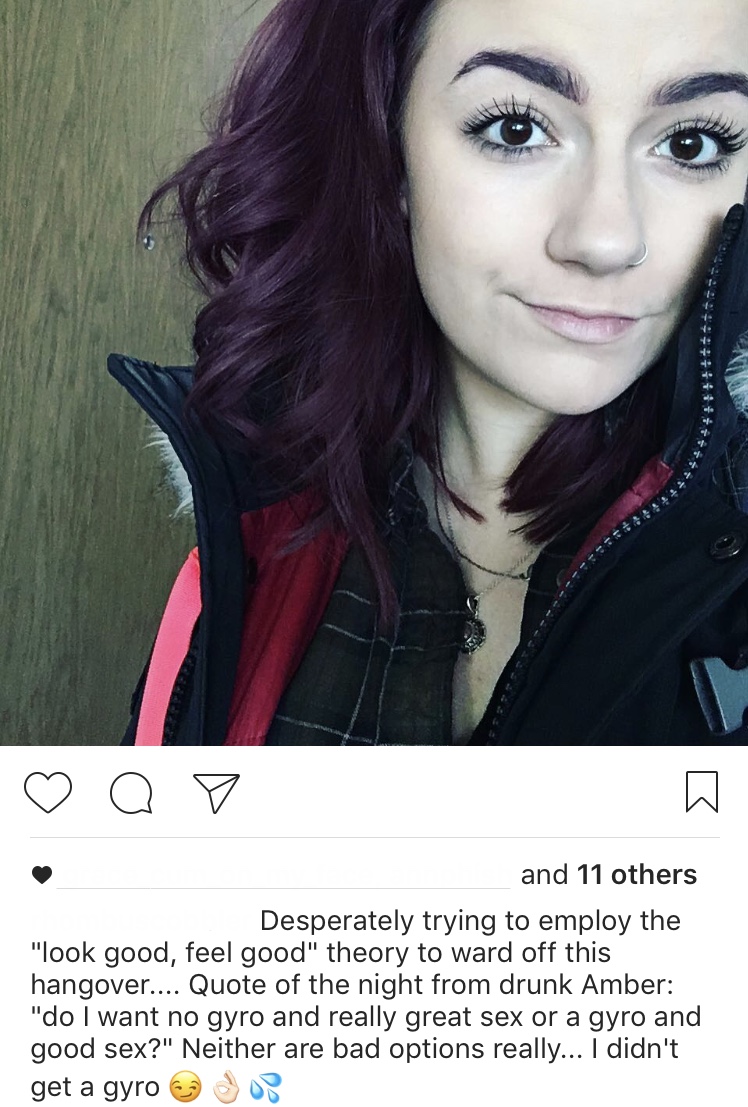 That last one, direct courtesy of yours truly (finsta handles removed for obvious reasons)

He sees her walking down the street wearing a tight skirt and can’t help himself but to– ask her out for ice cream. They talk about their majors and the universe for hours after the store-bought ice cream has melted on his thrifted living room rug before she suggests they move it to the bedroom.

He asks her permission to remove her pants, she gives a clear “yes.”

He kisses her softly and holds gentle, reassuring eye contact as he slides them down over her hips. She asks if she can do the same, he nods eagerly. She presses against him and kisses his neck. He climbs on top of her and her heart quickens as a breathy moan escapes her lips.

He pauses, a questioning look on his face, “is that ok? Do you want to have sex?”

“Yes, please don’t stop,” she reassures him and…….

I’ll let the producers take it from there.