My mental illness allowed me to recognize the unfair stigma

When I found out I had a mental illness, I thought I was alone. Not alone in the world, but alone within my friend group, my school, and my community. When I found out I had two mental illnesses, that feeling only grew stronger. Even after friends opened up to me about their illnesses I still felt alone, still was apprehensive to sharing, still was afraid of the stigma. Well I’m not anymore.

As I was sitting in my Abnormal Psych class learning about the statistics on the prevalence of mental illnesses, I found myself completely dumbfounded. There is research, data, and enormous amounts of proof on the prevalence of it, yet the stigma still stands. And I want to knock it down. 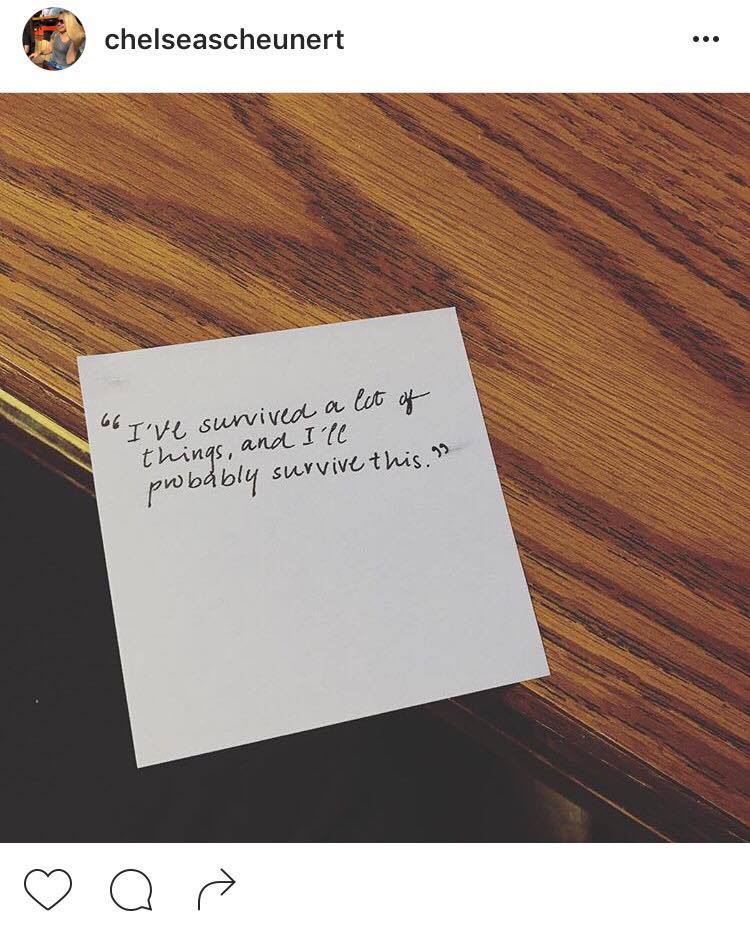 In the words of Dwight Schrute: false.

And nearly 50 percent of those with depression, will simultaneously develop anxiety

My disorders are occurring simultaneously.

My depression came first. I was going through a huge loss at the time, and it was more than I could take on. Not too long after, the anxiety came. I didn’t recognize it at first – I had no idea why I suddenly started hyperventilating when I was hardcore stressing. After much concern I finally did the research to find out I was having panic attacks. They are by far the hardest thing for me to deal with to this day. I often bottle everything up, so my attacks usually last a long time. I’ve come up with mechanisms to try and deal with them (deep breathing, counting down from 100, telling myself to calm down), but they don’t always work. It’s hard to have these illnesses together, because while my attacks start out from stress, they continue due to unhappiness.

Anyone who has taken a biology, chemistry, or psychology class should know about neurotransmitters. Well, guess what, they’re highly involved in mental disorders. Depression is caused by low levels of serotonin, anxiety disorders have a lack of GABA, those diagnosed with Alzheimer’s have a lack of acetylcholine, and the list goes on.

Having your neurotransmitters not working how they should be is extremely disruptive and a burden to those experiencing it. WHO even states depression is the number one cause of disability in the world. 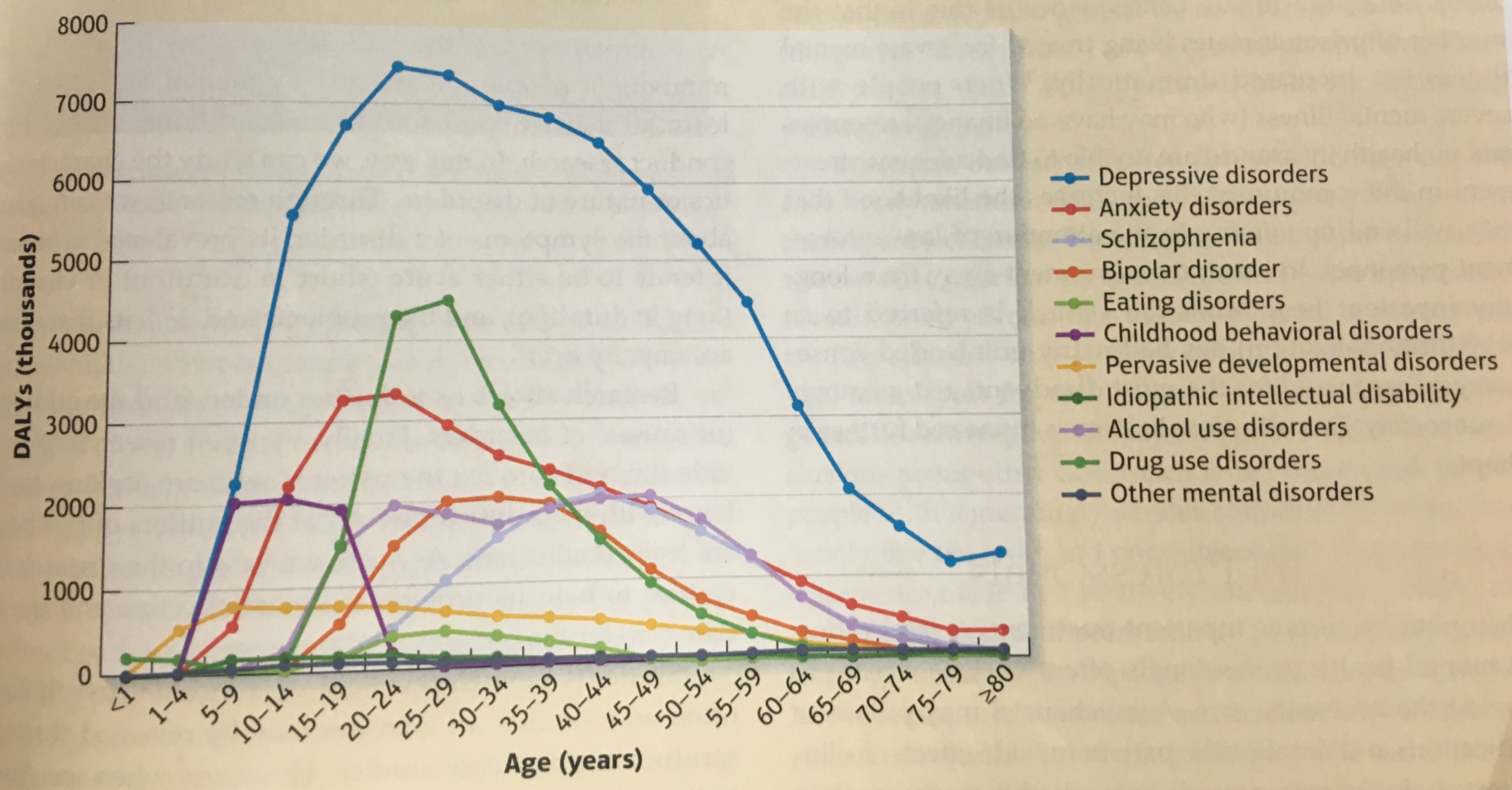 The burden of mental illness for different disorders across the lifespan

According to USA Today, we have less resources than we did in 1950, but more people are mentally ill. This causes nearly 600,00 patients a year to end up in the country’s de facto (something in effect whether formally recognized or not) mental health institutions: anywhere but the psychiatric hospital. There are only 108,000 beds available, 200,000 people end up homeless, 356,000 end up in jail or prison, and 34,000 commit suicide. These statistics are even a few years old, and the lack of resources continues. There are 44 million adults in the US being diagnosed a year… where do the rest end up?

They end up like me: wanting to get help, not sure where to start, sometimes afraid to start, not having the funds, or just waiting it out until they get better. I myself have struggled with not wanting to get help, or more so not even realizing I needed it, until my friends sat me down one night and expressed their concern. I never ended up seeing someone for help due to lack of funding, and was planning on using the free clinic at my university. I started healing through self-help, but do plan to use the free clinic soon.

This is why we need to fight the stigma. Too many people are judged or stereotyped for their mental illness, and it’s simply not fair. How many years of saying this will it take before we see immense progress? Does the fact over 100 people in the United States commit suicide a day do it? One suicide is one too many.

If you don’t know a single person who hasn’t attempted (some of my best friends have) or someone who has actually gone through with it (multiple people from my high school have), you are lucky. It’s a hard thing to save someone but it’s even harder when you lost them before you had the chance to save them.

No, it’s not our fault we have this illness. No, we can’t just snap our fingers and get better. No, we don’t want your advice that we just need to be more positive. This is in our genes, our brains, our bodies. It is something we try to hide and control and shouldn’t have to. Why would we look at someone differently if they broke their arm versus having depression? 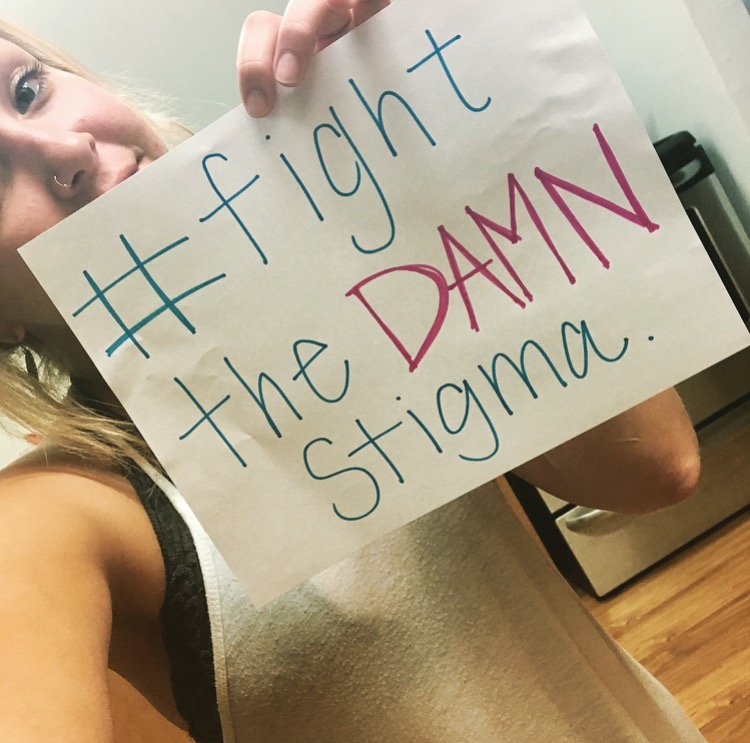