We should not idolize Thomas Jefferson, the founding father who brutalized and raped his slaves

I refuse to place him on a pedestal

The College of William and Mary has a long list of distinguished alumni. One of the most famous is Thomas Jefferson, author of the Declaration of Independence and third president of the United States. William and Mary honors his legacy with a bronze statue, tucked away between Washington Hall and McGlothlin-Street Hall on the Sunken Gardens.

The statue has been used as a popular photo spot for tourists and WM students. It is often decorated with apparel to promote events on campus or usher in the holiday season. However, in recent years, it has also been a cornerstone of debate for campus. Vandalism and defacement have been used to address the ugliness of Jefferson’s past.

There are many that wish to look past the fact that Jefferson was a slave owner. There have been various methods of vandalism over the last few years. For example, in 2015, the bronze statue was plastered in sticky notes. They were labeled “pedophile,” “rapist,” and “racist.” It sparked numerous discussions about Jefferson’s legacy. 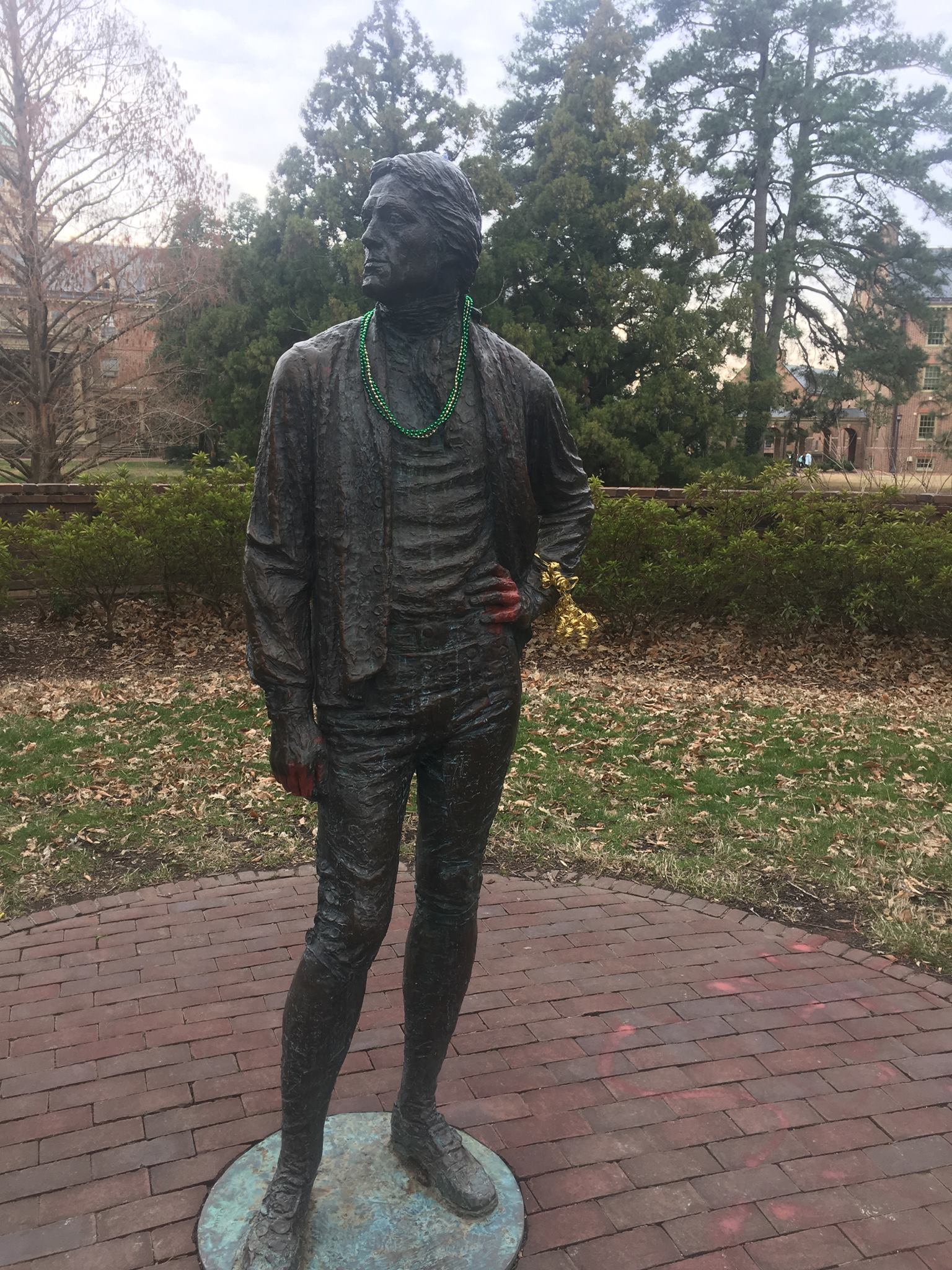 Earlier this week, the statue was once again vandalized—its hands were painted red to represent the blood of the slaves that he owned. The words “slave owner” were spray painted on the ground beside the statue. This action has sparked another series of debates among the campus community. 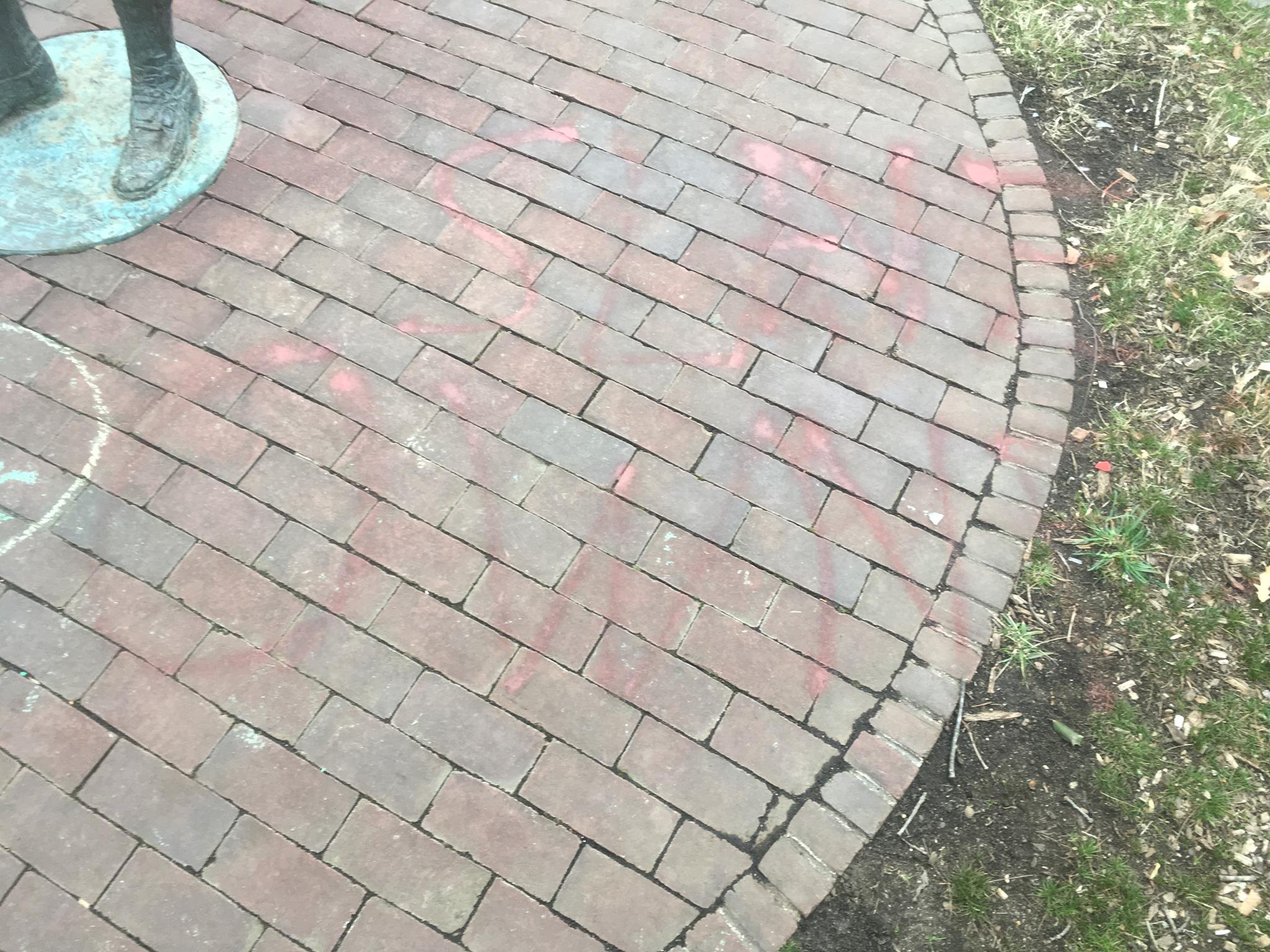 There are those who think that this protest is an unnecessary and unwarranted display that only offends an American hero. To them, any man in Jefferson’s position at the time would hold slaves. One Jefferson supporter even felt the need to bring the statue a Valentine’s Day card and balloons as some form of apology (that feels more like idolatry if you ask me). There are others who support the message it sends and believe that it is our responsibility to keep this discussion relevant.

Going to the Thomas Jefferson statue at William and Mary, to do something positive in support of Jefferson's Legacy, and in opposition to the defacing of the statue on Valentine's Day.

It is necessary for the College to hold Jefferson accountable for his actions. I acknowledge that he made many contributions to American history, but it would be foolish to ignore his salient hypocrisy. He claimed that “all men are created equal,” yet he owned and raped his slaves. How anyone could represent themselves as a paragon of equality while brutalizing black bodies on a regular basis is beyond me. I will recognize him as an important figure in American history, but I refuse to place him on a pedestal. I refuse to feed into the narrative of idolizing our Founding Fathers and pretending that their contradictory actions should be overlooked.