In response to the horrific pro-Trump graffiti on campus today

‘Mocking us for fearing for our lives will not generate understanding’

Earlier today the words ‘Go Trump’ intertwined with a swastika were found graffitied in a W&M dorm.

It seems like every day, there are more and more incidents of vandalism or hate crimes that are either targeted against minorities and marginalized groups or just displays of ignorance, intolerance, and fear mongering. These demonstrations make it impossible to have discussions in the current political climate. Those who have been historically disenfranchised in this country (minorities, LGBTQ, women, Muslims, etc.) are legitimately terrified of the alt-right. 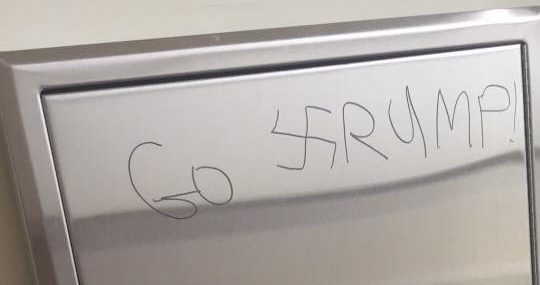 These attacks are targeted specifically against them. They feel that since Trump is backed by white supremacists, the KKK, and other extremists, he represents the complete antithesis of their very existence. To many, it’s not even about a difference in policies—the social implications associated with a Trump presidency have very real and damaging effects. It no longer feels safe to be a member of any marginalized group because so many extremists have suddenly become emboldened.

It is difficult to deny that much of the rhetoric Trump used to build his platform has led to a significant increase in these types of instances. This is not me accusing Trump of being a racist, but much of his dialogue lines up with racist ideologies (hence the undying support he is getting from the Ku Klux Klan). People from marginalized groups know that Trump’s rise in power has emboldened formerly meek racists. These attacks are now commonplace. It is difficult to tolerate opposing political ideologies when some of those ideas have inspired many to commit hate crimes.

But the situation is not as cut and dry as it initially seems. It is inaccurate to assume that those who voted for Trump are inherently evil. There are many Trump supporters that are not racist. They do not condone these hate crimes and do not want to be associated with the KKK. They either support Trump for his policies or simply did not agree with Hillary’s platform. However, revealing support for Donald Trump caused people from the left to label them racists, misogynists, “deplorables,” and bigots. Since many from the left come from marginalized groups, they could not understand how anyone could support a candidate whose rhetoric goes against their own existence. To the left, Trump and his campaign represented a great evil and a real threat to their livelihoods.

Those who supported Trump could only be enemies. Trump supporters began to see this labeling as a personal attack. It is impossible to bring someone to your side of an argument if you continuously call them names or make them feel that their choices make them villainous. This fundamental resistance to understanding the other side is what made this year’s election so divisive. I am not discrediting the fears that anyone in a marginalized group has. As a black man in America, I also have my own fair share of worries. I have already experienced racism that’s come about since Trump’s victory.

What I’m trying t emphasize is this—to the right: you must understand that people in marginalized groups do have real reasons to be afraid. You cannot deny that racial incidents have increased dramatically as a result of Trump becoming president-elect. The protests aren’t the result of “liberals not getting their way”—they are demonstrations of our fears and frustrations. They are also a clear response to the thousands of reported hate crimes that have sprung up since the election. 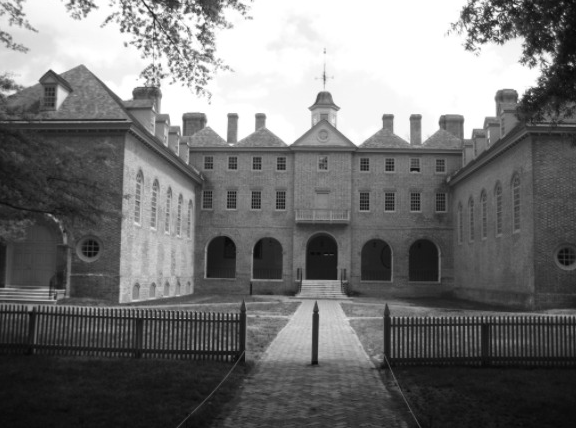 Mocking us for fearing for our lives will not generate discussion or understanding. If even for a moment you felt that the next POTUS had a real chance of threatening your existence, you would protest as well. To the left: we cannot keep demonizing all Trump supporters. Yes, there are many individuals that support Trump that are racist and bigots. They feel that since much of Trump’s problematic rhetoric got him to the White House, that it is now acceptable to be openly racist, bigoted, homophobic, and so on. However, we cannot immediately attack those who support Trump with insults. We must be willing to hold discussions about difference in political views. We must be willing to understand why someone would be willing to overlook his problematic words and cast a vote for him.

This is certainly not a small task, but in order to make any meaningful progress, we have to try.