PSA to people of Williamsburg, Virginia: Register to vote, and then do it

The system doesn’t care if you don’t

Person with clipboard on sidewalk: “Excuse me, are you registered to vote in Virginia?”

Person with clipboard in the cafeteria: “Pardon me, but have you registered to vote?”

Stranger calling after somehow getting your number: “Hello, sorry to disturb you but are you registered to vote?”

Stranger who just aggressively knocked on door: “Hi! Are you registered to vote?”

Random person in your lecture class: “Does anyone still need to register to vote?”

Chances are, if you’re a student on the William and Mary campus, or even a resident in Virginia you’ve probably been in one or more of these situations more times than you like. It’s become a joke: these voter people are everywhere, and they’re relentless. 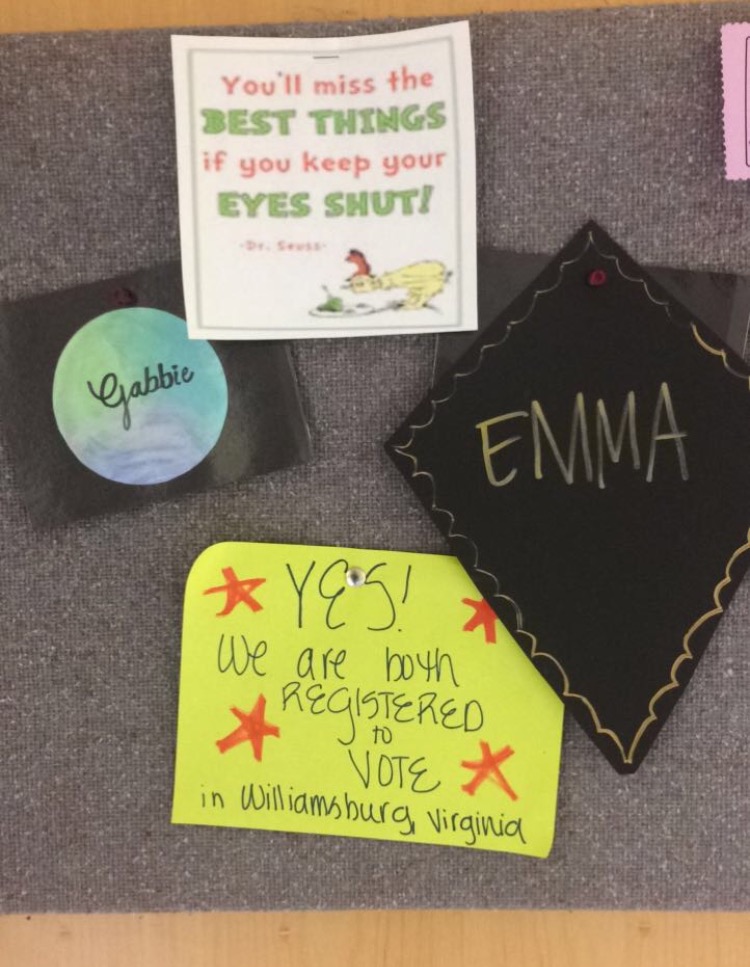 Voter registration groups and political organizations have always targeted college campuses to impress upon the students the urgency to vote and the importance of their political activity.

But, since Virginia is a swing state, these groups seek out students with extra vigor. Unfortunately, the constant bombardment of questions has turned some people away from registering, to spite pushy activists.

It’s easy to think of reasons not to register/vote, especially this election. It’s a hassle, some say. Others don’t know their social security numbers and can’t complete the form.

Others still say claim that the system is rigged and their vote doesn’t matter anyway. And of course, the most common reason for avoiding the polls these days, “I hate both candidates so I’m not gonna vote to spite the system!”

Thank you #Virginia! We will bring America together as ONE country again – united as Americans in common purpose and common dreams. #MAGA

News flash: the system doesn’t know or care if you don’t vote. Your “act of rebellion” means nothing, because the system you’re rebelling against doesn’t notice your act!

In the cheesy albeit inspiring words of an impassioned young man in Aromas trying to convince his friend to vote, “Voting is like recycling…when one person does it, it doesn’t make a difference, but everyone does it, it can change the world”

Cheesy quote? Yes. Reasonable point? Yes. Sure your one vote doesn’t count for much in the presidential elections, although here in Virginia it counts more than in non-swing states, but, like it or not, our political system relies on voting, and refusing to do so just places more power in the hands of those who do vote, those who, more often than not, support the establishment we disagree with.

Millennials’ mass refusal to vote actually enables the older generations to maintain political power and accomplish their own agendas.

If you're standing with Hillary, tag a friend in the comments and make sure they go to IWillVote.com so they can stand with her on Election Day.

News flash two: There are more things to vote for than the presidency, and in local elections your vote does matter and can more easily affect change.

We, the students of William and Mary have tremendous power to help grow and shape our community—squandering and throwing that power away because national politics annoys us is not only irresponsible but also incredibly immature.So vote: If you’re not registered, prepare yourself and then walk up to one of those scary voter registration people – they’re not as intense as they seem.

Yes, most of them are pushing a certain candidate so always make sure that the registration form they hand you is non-partisan. Fill out the form and check your mailbox in two-four weeks to receive your brand new voter registration. Then, when election day rolls around, go exercise your freedom in Virginia.

If you can’t bring yourself to vote in the presidential election, stay local, knowing that here your vote does have power.

If you’re still not convinced that you should vote, be a twamp and ask yourself what Thomas Jefferson would do if he were in your place (he would vote.)