This morning on my walk to campus, I discovered the sidewalks had been extensively chalked with Trump support. Like many others, Donald Trump has seemed thus far to me more like a nightmare — frightening but not quite real. So, at first I thought the chalkings might be a joke, especially since the artist got the election year wrong. 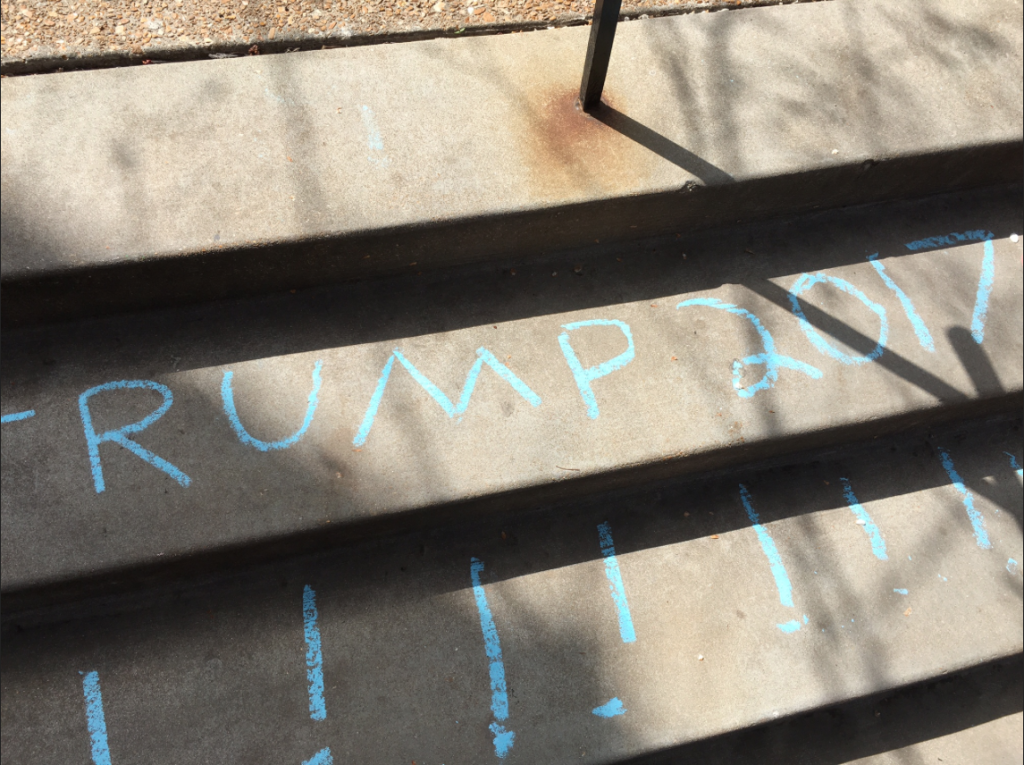 I proceeded to my Spanish class where we went over Eduardo Galeano’s The Open Veins of Latin America. The book condemns the traces of colonialism and the effects of modern day imperialism. The book also discusses how the United States financially benefits at the expense of Latin America. But now, in this university where we pride ourselves on inclusion, this is written on the wall. 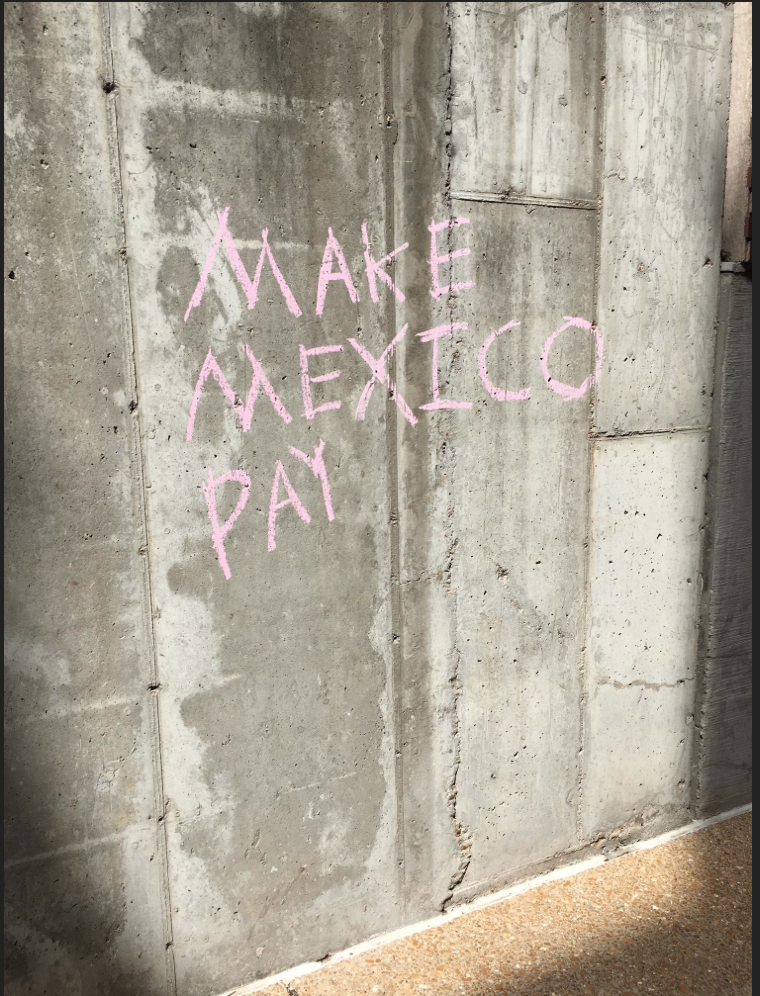 I felt completely disarmed in this moment realizing it was all real. There are people at the university I love and feel safe in who went out in the middle of the night to deface campus in support of a candidate responsible for the saying, “26,000 unreported sexual assaults in the military — only 238 convictions. What did these geniuses expect when they put men and women together?”

Don’t believe me? See for yourself.

26,000 unreported sexual assults in the military-only 238 convictions. What did these geniuses expect when they put men & women together? 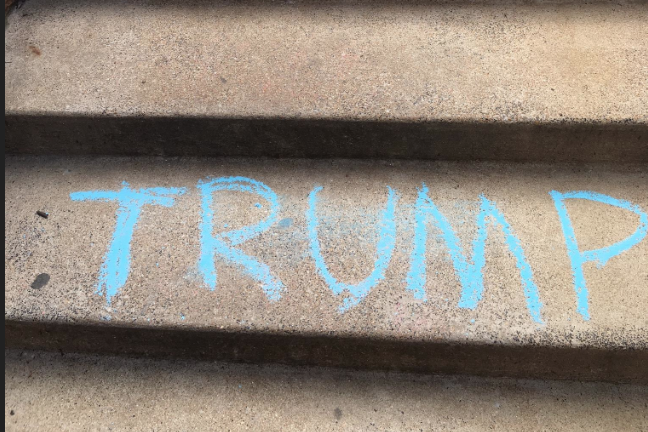 Most of my friends and I have been surprised by the wide support of Trump so far, since none of our peers seem to support his candidacy. Many people I know admit they are simply too startled to respond when they do meet Trump supporters. This is a surefire sign that at Wash U we need more open discussion about politics. This is proof that among the student body there are indeed those whose considerations of the 2016 election vary from what we assume to be the norm.

Next time you encounter someone who supports Trump, instead of responding with shocked silence, try to have a discussion. I don’t mean a shouting match or a verbal beat down until you’ve convinced them of their utter wrongness. Try to have a conversation about it. Discuss systemized sexism, bring up racialization in poverty, explain the parallels to previous dangerous historical leaders and the potential consequences. Listen to the other person.

There are many clearly proven, academic reasons why building a wall to keep out immigrants won’t be effective.  Talk about it — talk about it calmly. The whole problem stems from groups believing they are better than other groups and the opinions of whoever wrote these matters. We need to expand a forum in which dissenting opinions can be aired in the open in a respectful manner if we want a president other than Trump.