The members travel home to NJ for practices

Does the name Chris Federici ring a bell? If not, you’ve probably still heard his angelic voice streaming from the practice rooms of Scales, the stage of Wait Chapel, or the confines of Campus Grounds. His is one of the prominent voices featured on Chi Rho’s last two albums. But besides being in the Wake Forest all-male Christian a cappella group, did you know he’s also in a band?

Chris and four friends from his hometown in South Jersey – Richard Grouser, Shawn Singh, Victor Logan and Anthony Formisano – started Hedera during their senior year of high school. The band is focused in the jazz-rock genre drawing inspiration from artists like Coldplay, Kings of Leon and Young the Giant. Their main goal is to try to produce music that the listener can connect to while also sparking the idea that something deeper and unexplainable is present.

How did you guys get your start?

Well, it’s actually an interesting story. None of us knew each other until the end of senior year in high school. Victor, our rhythm guitarist, was trying to get someone to perform with him in the school talent show and we’d known each other from chorus. He asked me to join and I said yes. From there, we thought it might be fun to get a few more guys, so we reached out to some we’d had classes with and knew had some musical talent and entered the show. 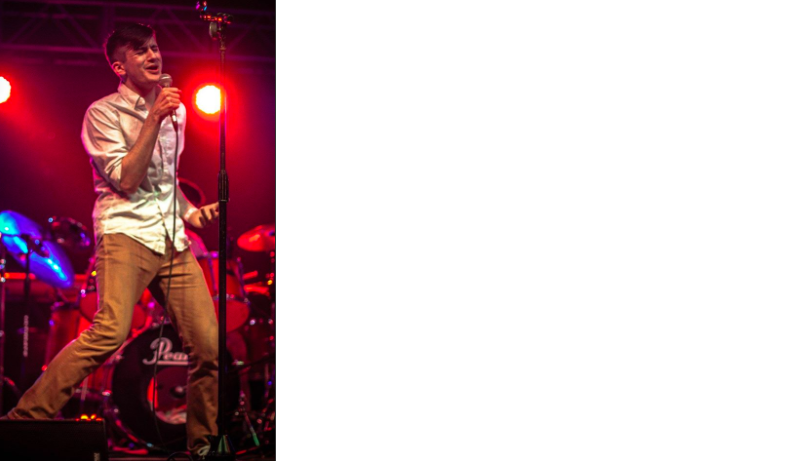 So did you win?

Haha, nah. But we did end up getting second place. We got hype because we thought we were really good – looking back though, we were so bad. But we thought, “Damn, this is cool – let’s keep going!”

How did you manage to stay together being at different colleges?

It was definitely complicated trying to keep a band together from so far away, but before we left that summer, we all promised to either major or minor in music – that was the beginning. We decided we didn’t want to be like the bands who tried at it right out of high school. We wanted to become proper musicians first. 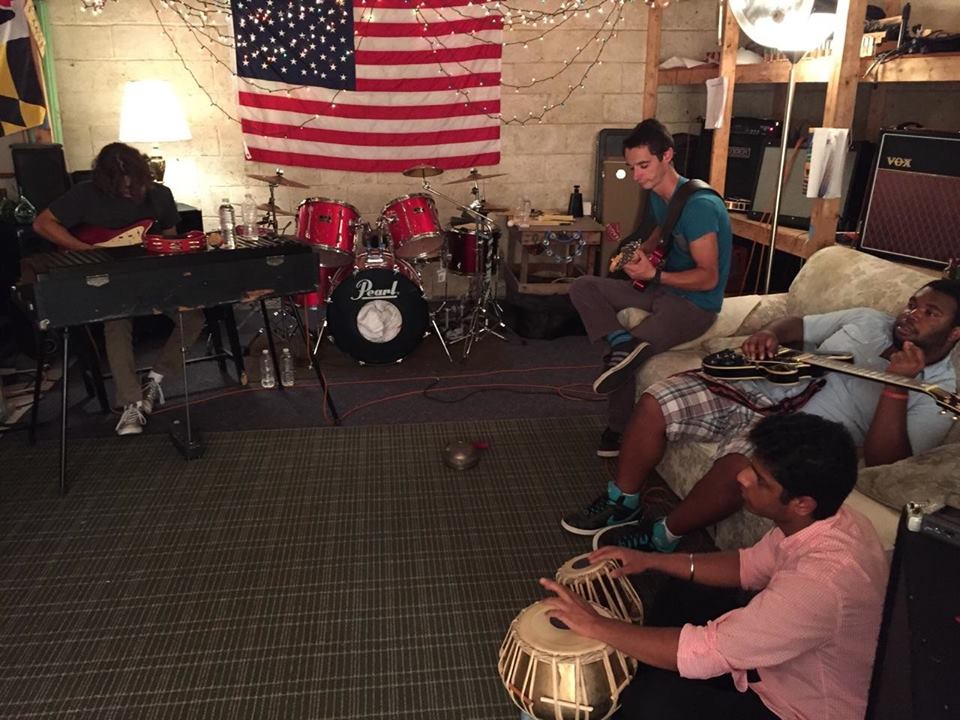 How did you practice and write music while you were away?

Actually it was a pretty crazy thing. One guy would write a few lines of lyrics or a riff and send it out. Eventually we’d all add our input and start to layer the different tracks over top of each other. By the time everyone had gotten their hands on it, we’d have the makings of a song.

When did you find the time to actually sit down and practice?

How did the album come into being?

Through my membership in Chi Rho, the all-male Christian a cappella group at Wake Forest, I came in contact with producer Derek West, of FlyByWest Music. I asked him if he’d be interested in producing our album and he said yes. So we went to Nashville for about a week and wrote and recorded, and just had a ball really. It took us about a year to actually get the album out, an anomaly, but we were all still in school, had to get the proper funding, etc. 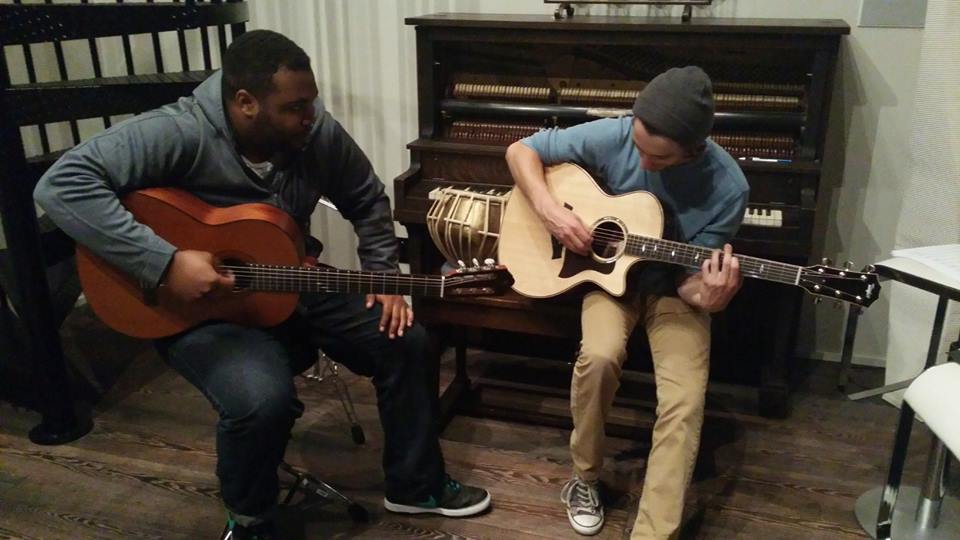 Speaking of money, where did you get all of the funding for the album?

Two ways. The first was through gigs we played over the summer and during the year at each of our respective colleges. We had a ton of fun and it was really awesome to know that we were doing it by ourselves. But an album is expensive…so I looked to the Wake Forest Entrepreneurship Department. They ended up giving us a grant and we actually just recently followed up with them to discuss some of the details and success of the project. 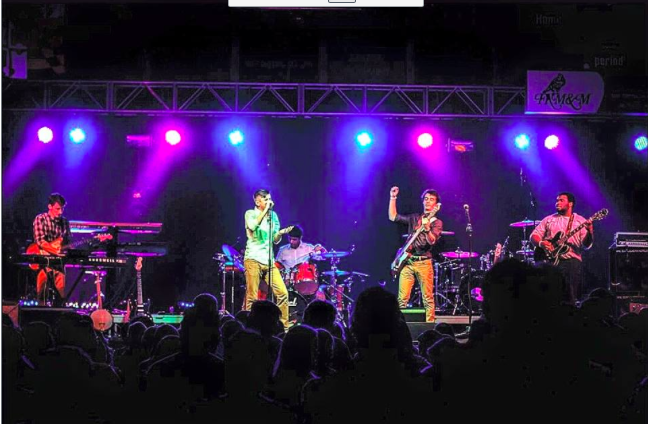 Can you tell us a little bit more about the album?

Helix is our debut album. The term is actually the second half of the latin term for ivy – Hedera Helix. I guess I’ll say a little bit about the band name, Hedera, first then. We chose this name because the idea of “ivy” is similar to the way we approach our music – we think of it in the most analog, down-to-earth, acoustic way possible. We don’t like all of the synthesizers and overproduction present in a lot of the music today. We think of music as being human, it’s all of the mess-ups and flaws that make it real. 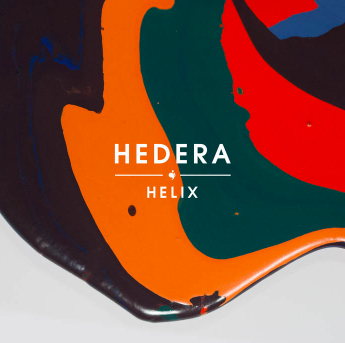 The album cover is pretty interesting, what can you tell us about that?

My biggest pet peeve is when an artist puts all of their effort into the music and gives no second thought to the album artwork. The artwork and visual aspect is as much important as is the sound, because if the vision is bad, you’ll never be taken seriously. That’s why we put a lot of thought into our album artwork.

Our lead guitarist, Anthony, studied graphic design and had the idea to make a tall painting. For those that don’t know, a tall painting is made by stacking two wooden boxes of different sizes and pouring paint over top of it in a fashion so that they don’t mix. You can watch our specific process in our music video, “Missing Yesterday.” We took a picture of the coolest looking still from the video and used that as our cover.

Is there anything else you’d like to tell us?

Go listen to the album. Haha. But seriously, just that we’re so excited to have been able to finally produce this album. It was one of the greatest experiences with some of my best friends and I hope that I’ll be able to do it again. Thanks!

The album is available on iTunes, Spotify, SoundCloud, BandCamp and for purchase at https://hederasojo.bandcamp.com/album/helix.