‘Death threats are not protected by free speech’

A large group of Virginia Tech students, faculty, and community members gathered in front of Burruss Hall yesterday evening to protest the university's employment of a self-proclaimed white supremacist.

Protest after Virginia Tech teaching assistant calls himself a white supremacist on Facebook. Story on @wsls at 11 pic.twitter.com/hG9sXha3Lf

The first half of the event involved several speakers talking about their views and experiences. One accused the university of not considering the handicapped when building the new Corp dorms and the lengthy amount of time it took for the university to implement a gender neutral bathroom in Squires Student Center. Another talked about her experiences in Charlottesville on Aug. 12, and how she was still coping with the trauma of that day. 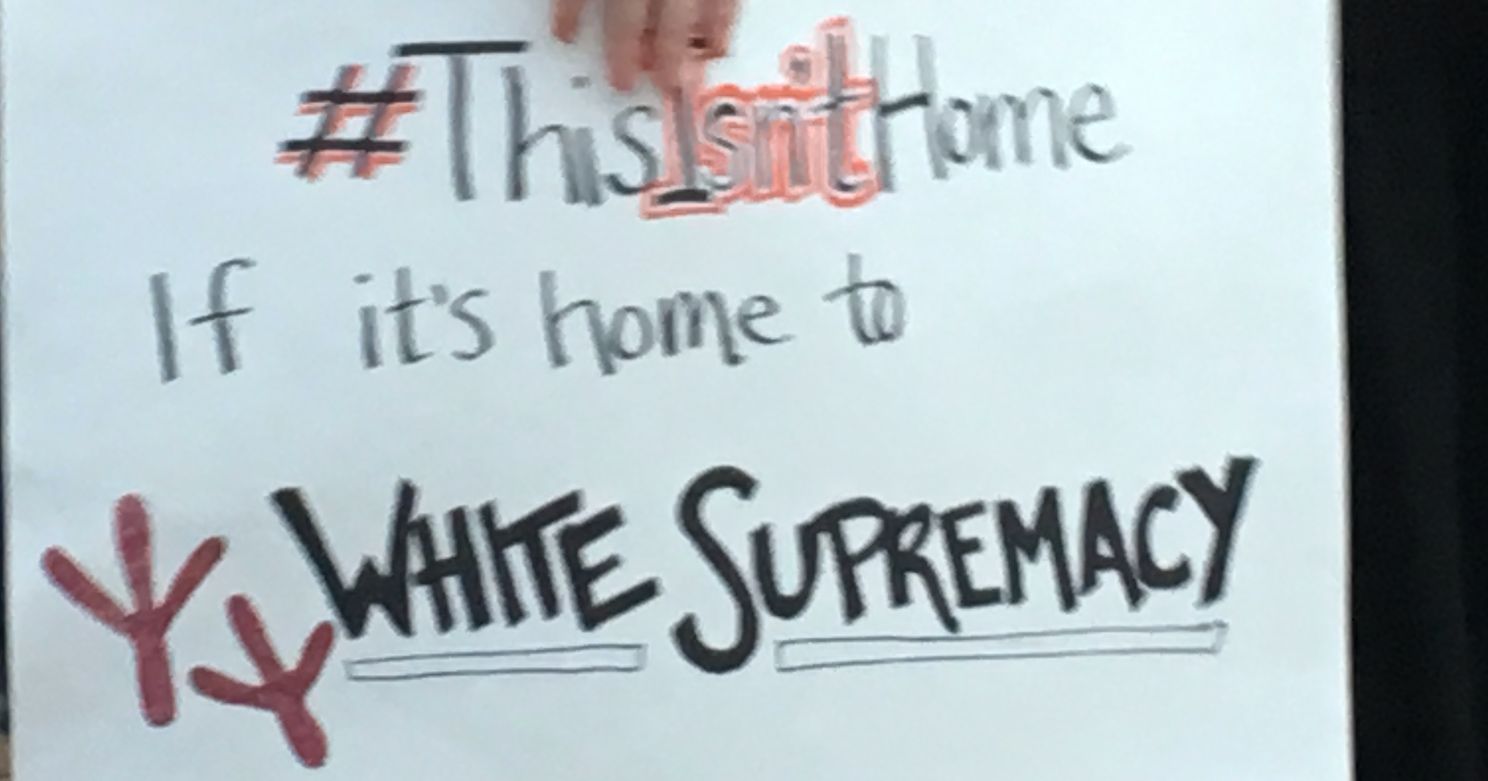 The last speaker was Ajmal Alami, the national co-chair of the Young Democratic Socialists. His speech discussed the causes of racial supremacy. In a later interview, Alami explained the main goal of the protest was not only to combat white supremacy but to also analyze where the hate comes from. Alami said that this won't be the end for the movement and he plans to continue to fight for more accurate political education.

After the speakers finished, the leaders reviewed the protocol for the march. Chants were rehearsed, including "No Nazi, no KKK, no racist GTA", "Death threats are not protected by free speech", and "No more silence, stop the violence, we'll fight back." 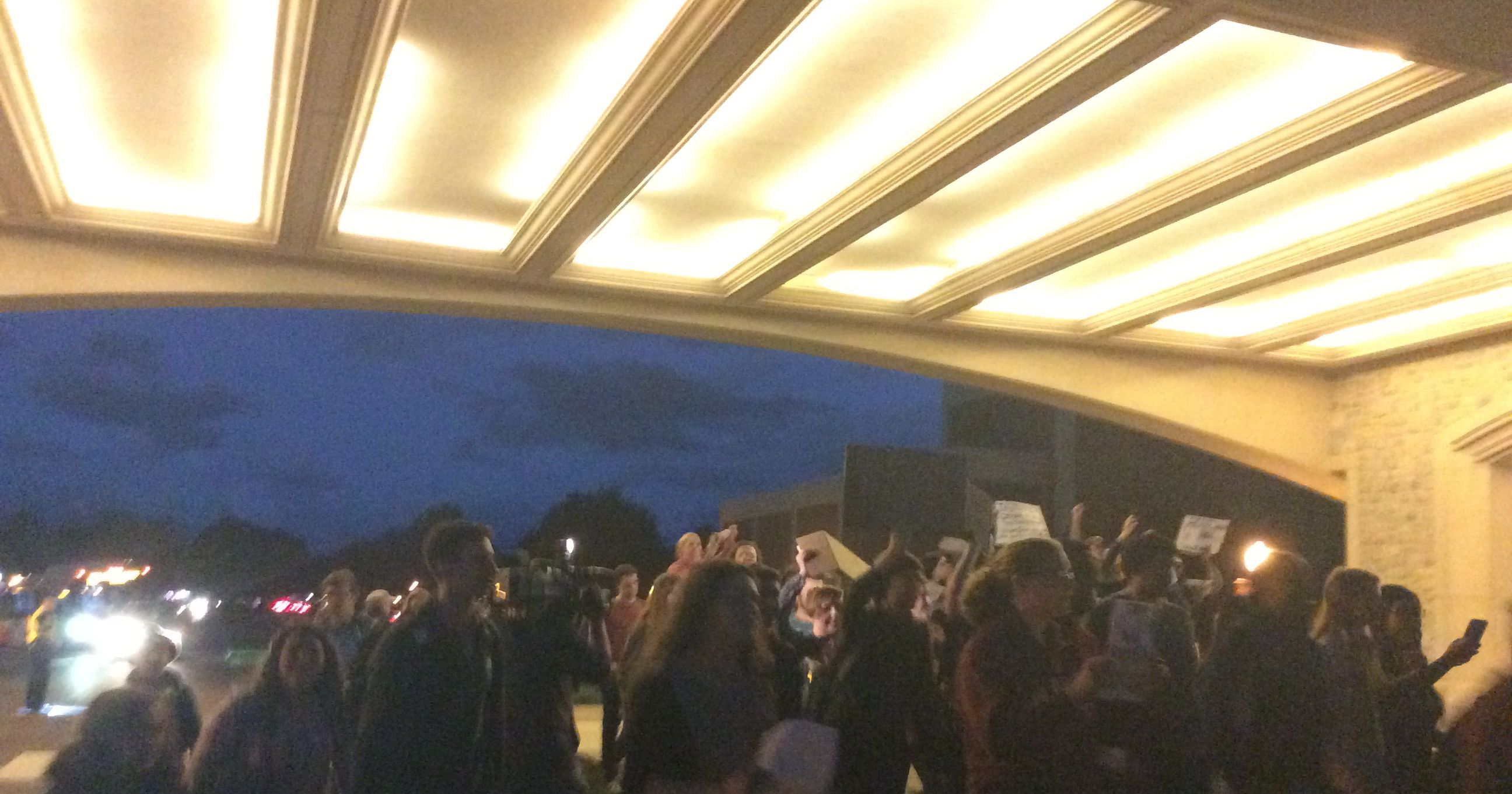 Students gather next to Torgersen Hall

After a short march, the rally settled in the lawn in front of Torgersen bridge where the Virginia Tech Board of Visitors could see them clearly from their ongoing meeting. The crowd chanted "Choose a side BOV, it's us or white supremacy."

The floor opened to anyone who had something to say. The megaphone was handed to a Jewish GTA, several members of the LGBT community, and an Iranian girl who recounted the times she had been called a "terrorist."

The rally ended with a list of demands for the university by the students. These included the firing of Mark Neuhoff, making changes to the language of the Hokie Handbook to include harassment based on race, and more funding for Cook Counseling Center.

there have been many times that I have been proud to be a hokie; these past few weeks, not so much. virginia tech’s…

Neuhoff works in the English department as a graduate teaching assistant to an introductory writing course. His Facebook posts were discovered by students at the beginning of the semester shortly after the events in Charlottesville. A student met with university officials about Neuhoff, but any form of action has yet to be taken. Protests ensued as a result, including a short disruption of President Sands' State of the University speech.

On Oct. 2, the student who met with the university discovered posts on Reddit and Facebook with hate filled posts and her personal information, allegedly posted by Neuhoff. The posts called for the student to be "fucked up" and "destroyed." She allegedly received over 70 profanity-filled phone calls that night. Neuhoff denies these accusations.

After a peaceful protest, the future remains uncertain for Neuhoff, the student involved, and Virginia Tech.