Protests break out during State of the University Address

‘Did we learn nothing from Charlottesville?’

On Sept. 29, President Tim Sands delivered the State of the University address to large audience—including a small but emphatic group of protesters furious about the hiring of a "white supremacist."

Coan was just one of the several students who interrupted President Sands just 10 minutes into the address.

There was an anti Nazi, KKK, and fascist protest that interrupted President Sand's State of the University Address.

The protesters displayed a banner that read “Nazis get off our campus” and threw slips of paper into the audience with information about the employee at the center of their protest. The students were eventually escorted out, still chanting, “No Nazis! No KKK! No Fascist GTA!”

The protests followed a WordPress blog post about the graduate teaching assistant's Facebook activity. The GTA allegedly made posts openly talking about being a white supremacist and making claims that Jews were never killed in gas chambers during the Holocaust. Several other similar posts were included in the article.

The Tab will not include the name of the employee in question due to a lack of evidence confirming the allegations.

Sands acknowledged their perspective, but claimed that the State of the University address was “not the time to talk about it." In a meeting with reporters after the address, he admitted to having previous knowledge about the students' concerns. 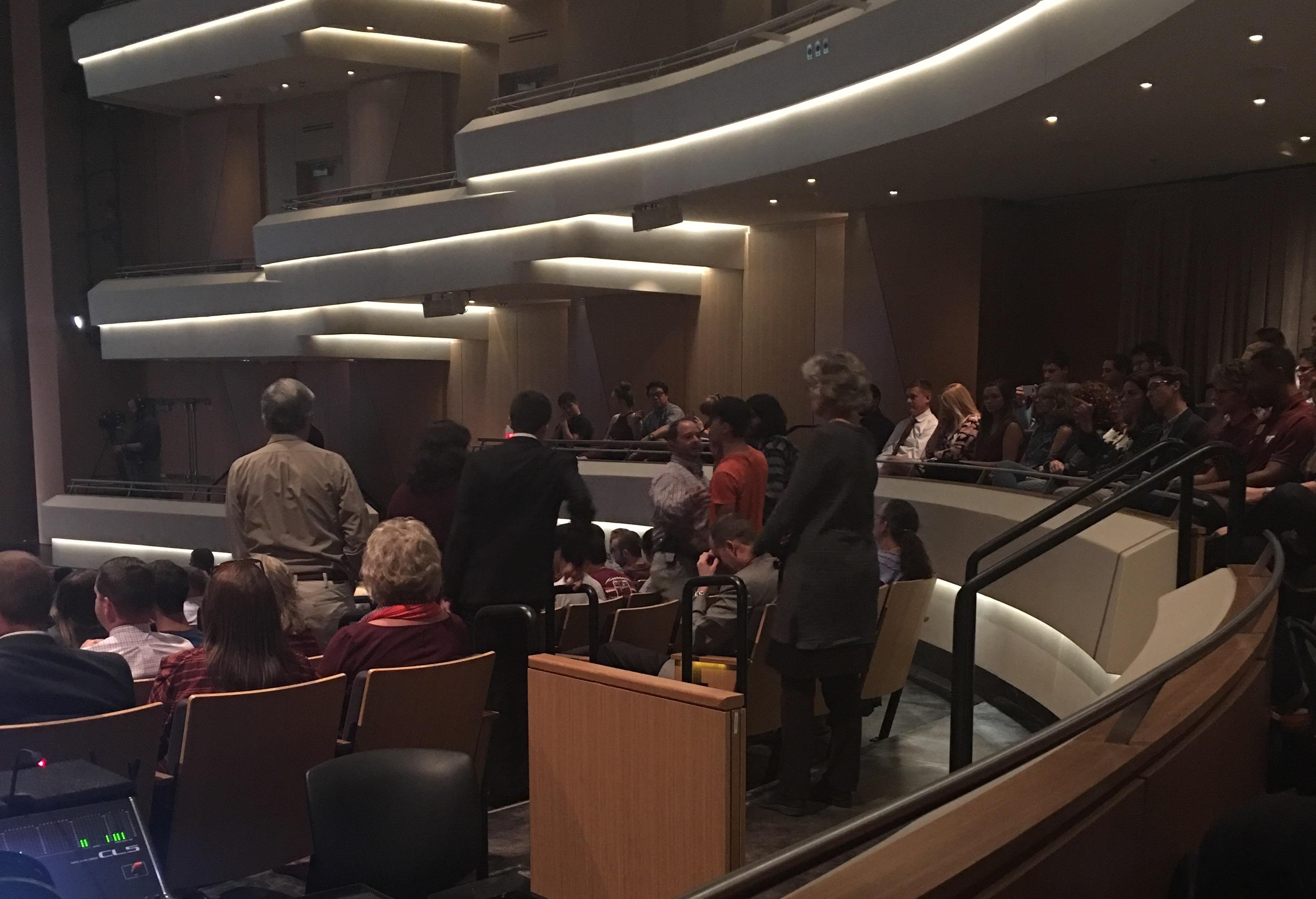 Two protesters are escorted out of the Anne and Ellen Fife Theatre.

Pressing forward with the address, Sands welcomed Tech’s new leaders, reviewed our nationally and internationally ranked schools and programs, recognized the university’s growth, and emphasized the “acceleration” of InclusiveVT. He also boasted of Tech’s “second year of record fundraising, with $162 million in new gifts and commitments, more than twice what we raised just two years ago.”

Sands then focused on future goals for Virginia Tech, a philosophy the university has labeled Beyond Boundaries. It includes better preparing students for the job market, plans for the expansion of all of VT's campuses, advances in research, and innovative ways of learning.

Sands’ vision is for Virginia Tech to become a “leading global university.” After all, “what better institution to take the lead than the one with Ut Prosim as a living motto!”