From the Hokie Pokie to ‘LET’S GO’

And now we have to respond to awkward chants instead?

This year it was announced that the Hokie Pokie would no longer be played at the end of the third quarter by the Marching Virginians and instead the infamous “Let’s Go Hokies” chant would lead fans into the fourth quarter. 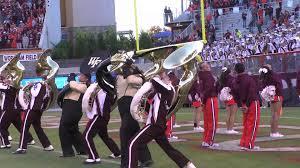 The history of the Hokie Pokie

“It occurred to me there really were no traditions at Tech at that time and the Hokie Pokie is a song everyone is familiar with. It’s a dance everyone does in school and knows very well,” said Sochinski.

We finished the season with a record of 8-3 which was miles ahead of the 5-6 record from the previous year. The Hokie Pokie was a good luck charm. After the performance at the bowl game, the song became a favorite tradition at Virginia Tech.

The new tradition begins when the clock hits zero in the third quarter. The cheerleaders are joined at the center of the field by a special guest, which changes weekly. The identity of the special guest is kept secret to stir up excitement on game day. The guest chants “Let's Go" five times, to which the fans yell “Hokies" in response. The chant was led for the first time this season by President Sands with the support of the cheerleaders.

The response from fans was anything but pleasant. Hokies took to social media bashing the chant, saying the new tradition “bombed" and that President Sands led the chant in an “awkward" manner.

Former coach Frank Beamer led the chants for the Sept. 23 game against ODU. He received virtually no criticism for his chant, although some Twitter users still called for the return of the Hokie Pokie.

The goal of the chant is to show the Hokies' power, the effect of home-field advantage and the unity of Hokie nation. The chant gives fans the chance to participate in the game.

"I love the fact that we’re trying something new to inject some energy into the stadium to start the fourth quarter," Coach Fuente told HokieSports in an interview. 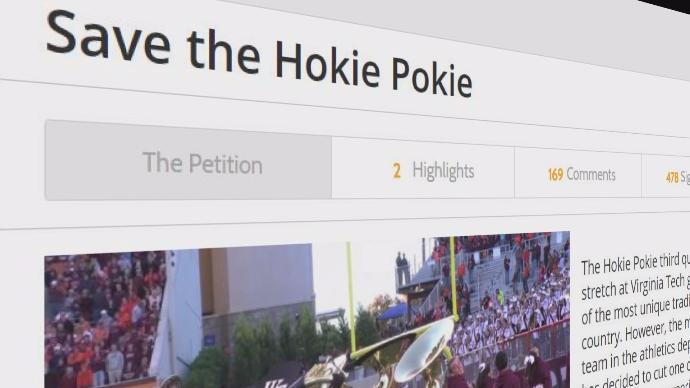 Alumni have started a petition to 'Save the Hokie Pokie'

After the news about the Hokie Pokie reached Marching Virginia alumni and other fans, a petition was started to “Save the Hokie Pokie" by an anonymous Hokie. The petition currently has 2,665 signatures and 128 shares on Facebook.

“It was a lame and unnecessary change. It doesn't make Hokies appear tougher. It does take away entertainment and levity and good will between the teams. After the WVU game violence in FedEx stadium, we can use all the reminders of good sportsmanship and comorodary we can get! Bring back the Hokie Pokie in the third quarter," said one commenter.

Fans will have to wait until next season to see if the new tradition sticks or if the Hokie Pokie will be returning.