Stand up and fight back

In 24 hours, there was a string of three emails from VT Police notifying the Tech student body of sexual assaults that had recently been reported. The offenses range from sexual assault to sexual battery on and off campus. In the emails, there are vague descriptions of the crimes and advice on how to avoid the same situations. 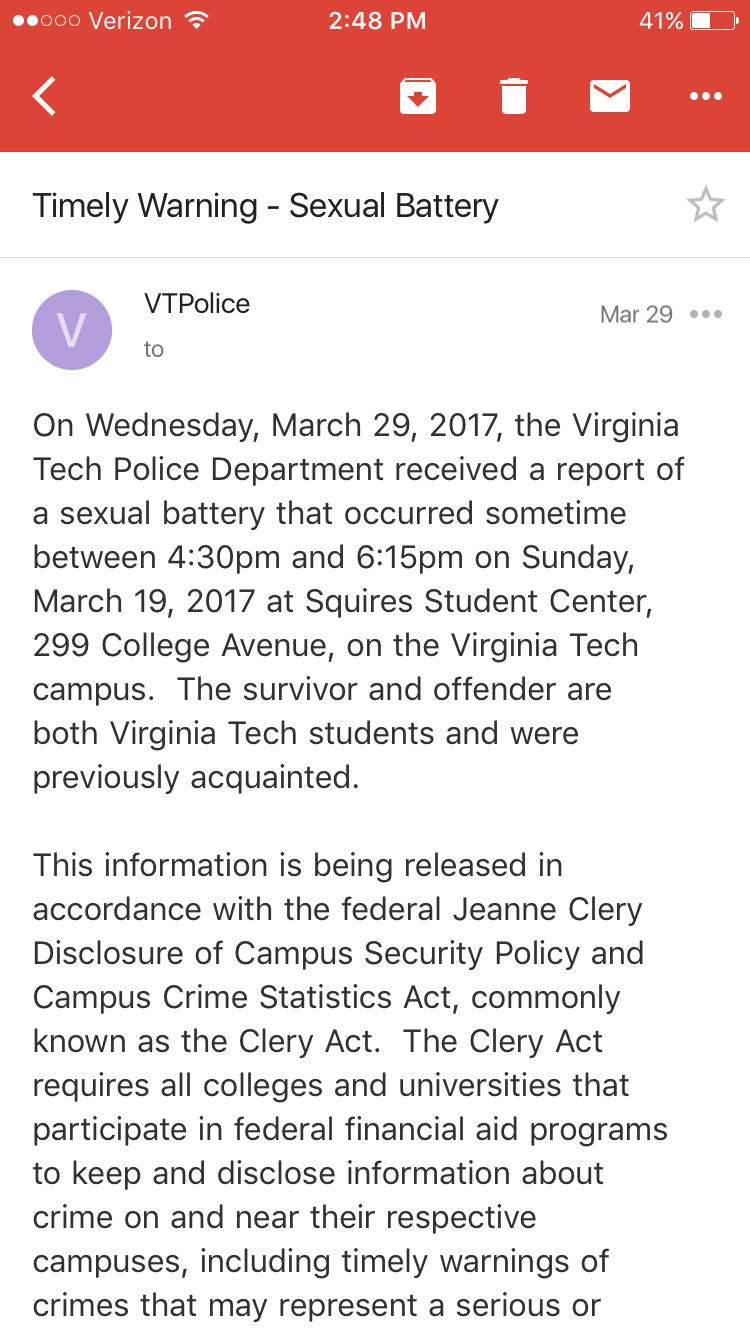 One senior took heed to warnings in the emails and decided to do something about it. Sarah Pavilack started a petition that advocated for more sexual assault training on campus and during freshman orientation.

While VT has a mandatory sexual assault online training course for freshman, Pavilack thinks it could be improved.

She calls for in-person training seminars to show the reality of sexual assaults on college campuses in hopes to prevent similar situations from happening. 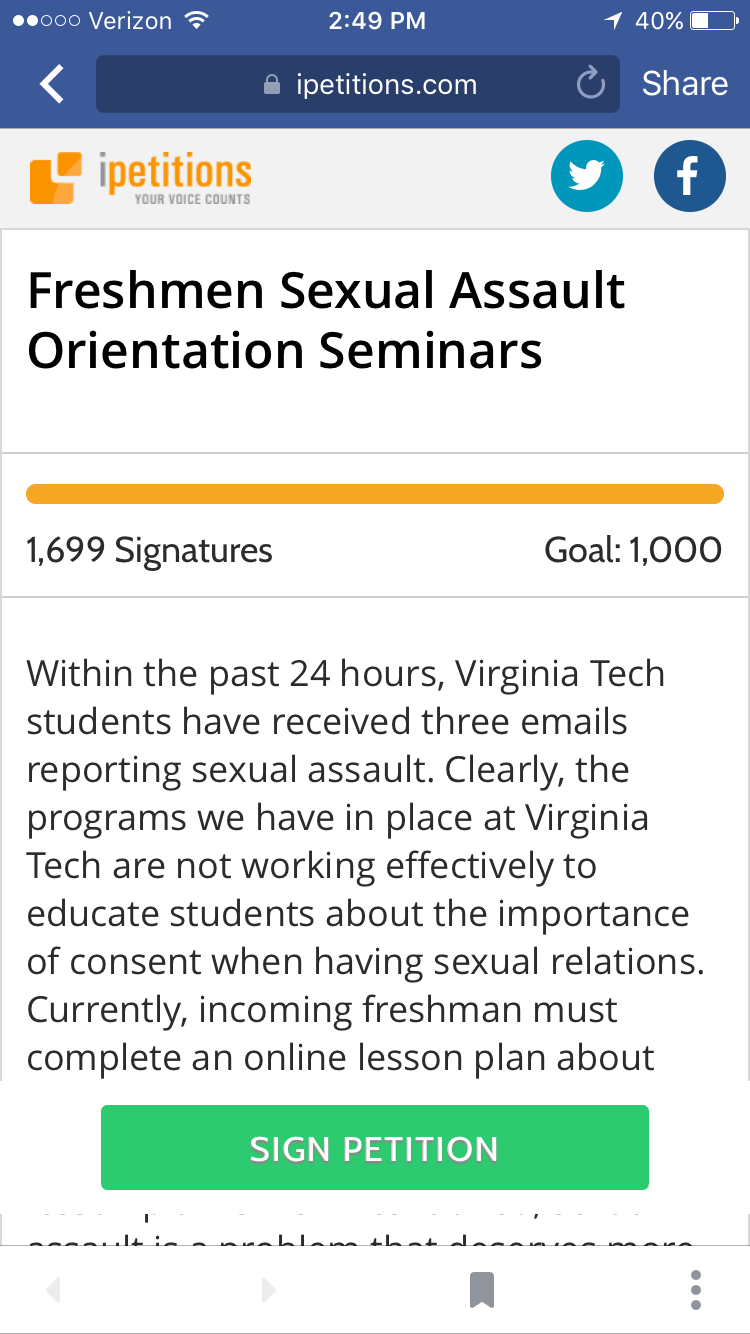 The petition has been circulating on multiple social media platforms, including Facebook, and it reached its goal of 1,000 signatures in one day. Clearly, the public agrees with it.

It is notable that a change needs to take place and luckily there are students like Pavilack trying to make that change.

The petition now has almost 1,700 signatures. You can find it here for more information.