No, you can’t touch my hair

Solange’s “Don’t Touch My Hair,” which she recently performed on SNL, has started a conversation I’ve wanted to have for a while.

In talking about the hit song, a friend asked me if I thought it was wrong for white people to touch my hair. I had to contextualize it. “No,” I said. “My mum can touch my hair any time she likes.” 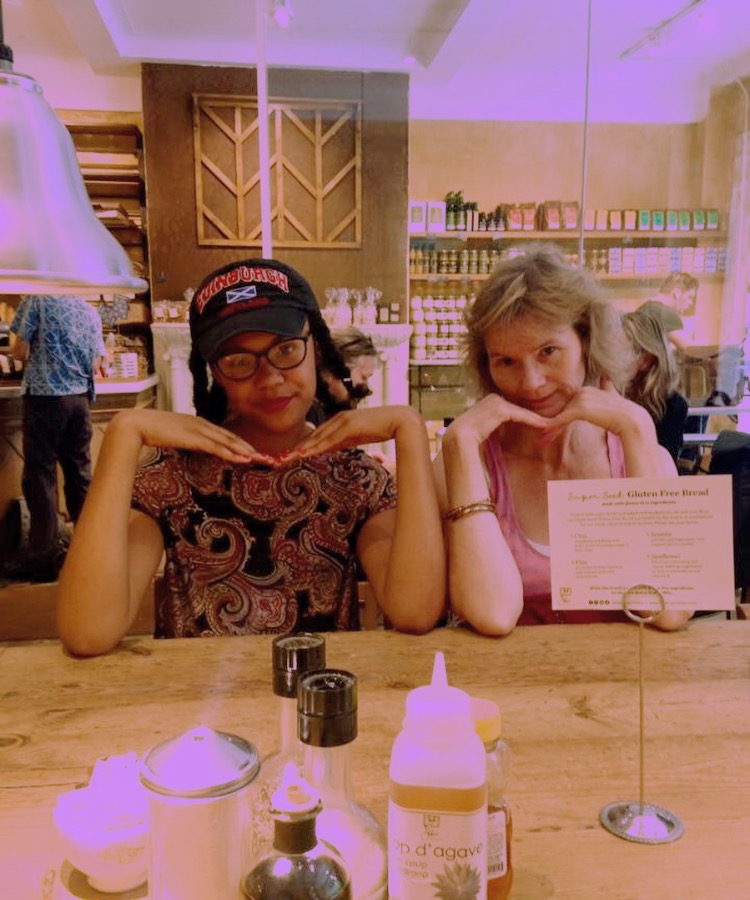 My mum, who is white, spent hours every Sunday when I was little, painstakingly combing through every strand of my hair as I sat in the bathroom and read aloud from an old copy of Anne of Green Gables. My sister would go next. 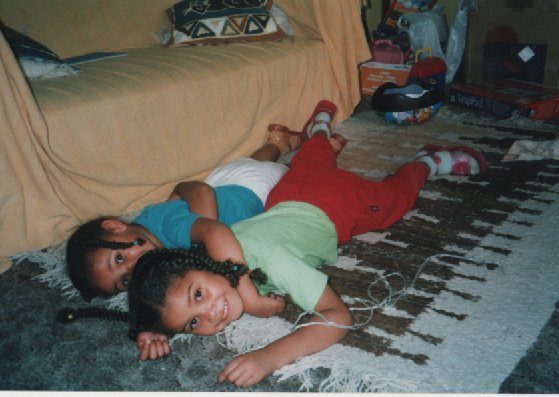 Sometimes our friend from the house across the road would come calling for us. “Can Beth and Lucy come and play?”

When Solange sings “rode the ride, gave it time,” I know what she means. Learning to love my hair was a journey.

As a child, I hated my hair. I wished I looked like the white girls in my class, who had hair that always looked glossy, neat and tidy. I was one of the only children of color at my school, and I was very aware of the difference. 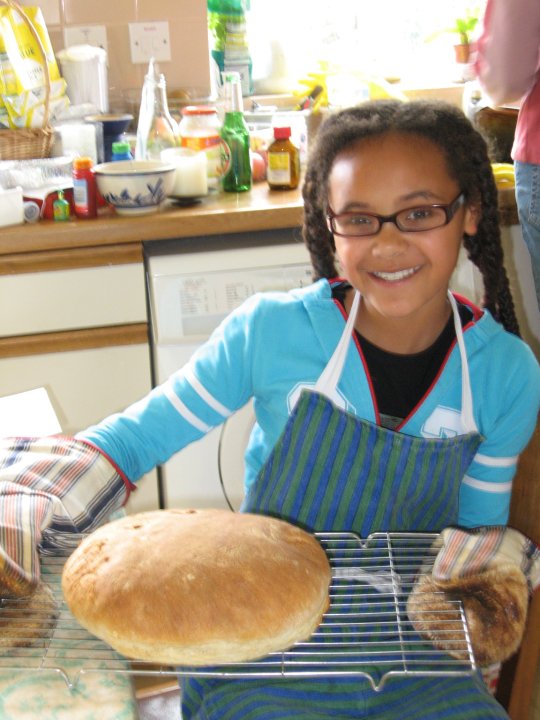 Lots of my white school friends touched my hair frequently at that age. They petted it for minutes at a time, as if my head was separate from my body, as if they were at a petting zoo.

It wasn’t until my last year of secondary school that I embraced my hair. And that only came with learning more about racism and how it affects beauty ideals. 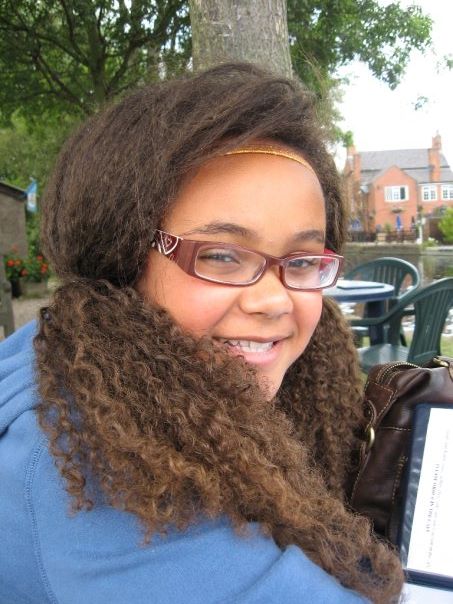 Not a look I want to bring back

I began to understand that racism had taught me to see blackness as inferior to whiteness. Only through learning about racism could I begin to unlearn the devastating biases it had instilled within me.

It’s completely true to say that my hair often makes me think about racism, and in some ways represents to me the journey I’m still on of unlearning racism and learning to love blackness. Solange singing “this here is mine” strikes such a chord because being proud to own this part of myself is something I’ve spent a long time accomplishing.

In some ways, my hair is “the feelings that I wear.” 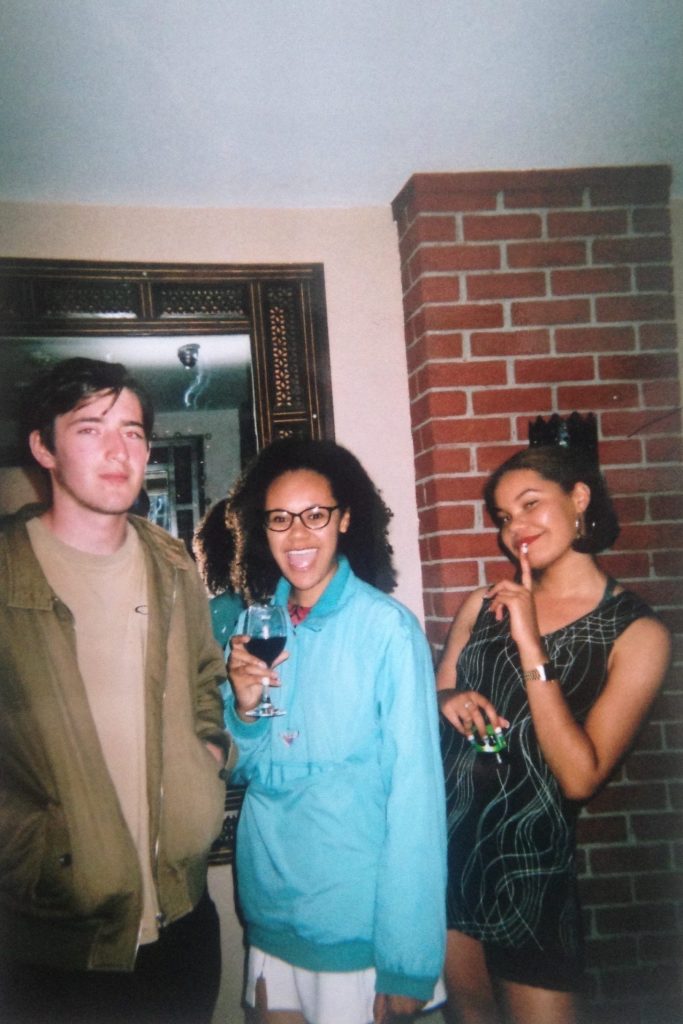 When girls I don’t know walk up to me in clubs and at parties, emboldened by alcohol, and place their hands square on my head; when strangers stop by my table in coffee shops and ask me if they can “touch it because it’s incredible;” I’m uncomfortable not because they are white, but because they are making me feel like a circus freak.

It feels dehumanizing when someone’s fascination with you separates you from everyone else and turns you into an “other.”

I find myself answering repeated questions about what I “do” to my hair, even if literally all I’ve done that day is get out of the shower and run to pre-drinks. I don’t know how many times I can say “this is just how my hair is” before white people everywhere will start believing me. 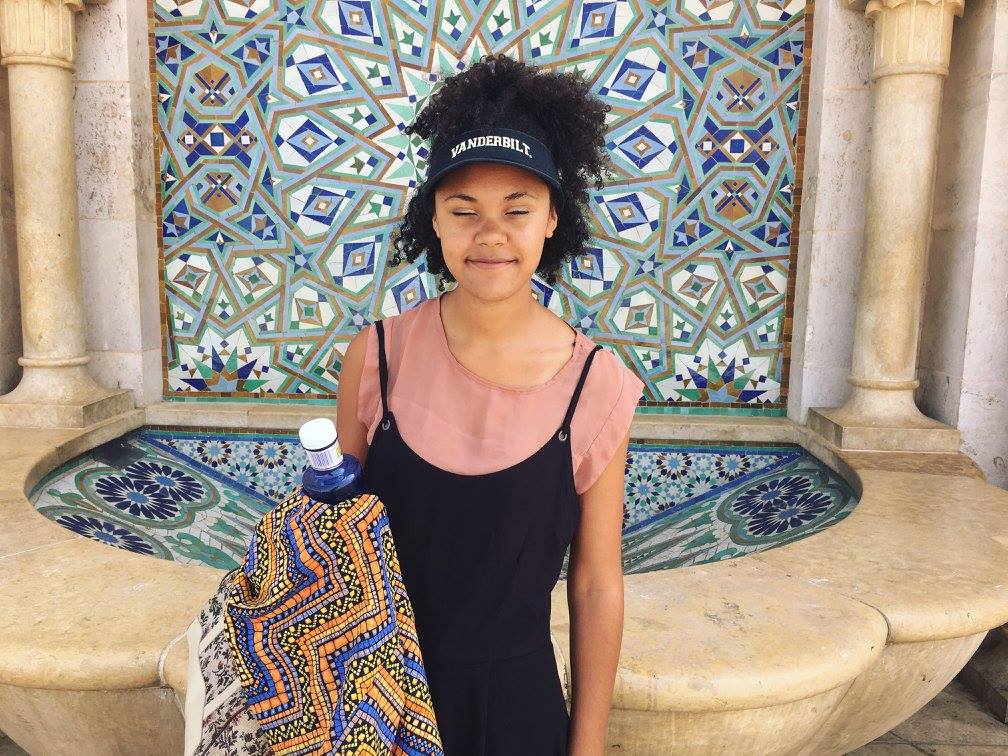 This kind of hair-touching has happened so many times that I’ve started thinking of strangers who touch my hair as “hair harassers.” Often they are well-intentioned, but that doesn’t really matter. Their hair-touching isn’t just rude and uncomfortable. It’s a micro-aggression that perpetuates racism. Hair is very much political.

It’s political because black hair has been socially policed for years. Black people who wear their hair naturally are time and again disciplined for appearing unprofessional. And white people who wear the styles black people have been traditionally punished for are celebrated for their edgy style. Which is a bit of a slap in the face. 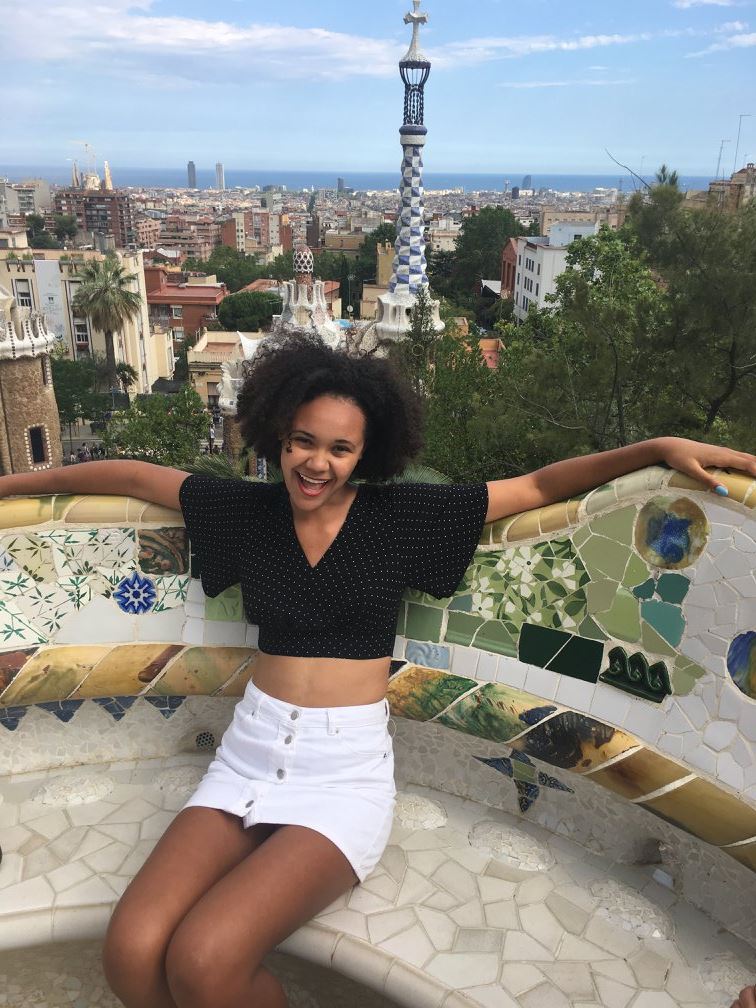 Black bodies have been manhandled, objectified and commodified for hundreds of years. The history of slavery makes that evident. So when a white person I don’t know runs their hands all over my curls without my consent, it reinforces the historically rooted idea that I don’t have the right to self-ownership.

It really sucks to be approached by a stranger in a social situation and think they want to chat and befriend you, only to realize they’re not interested in getting to know you at all and just want to get a good feel of your head. 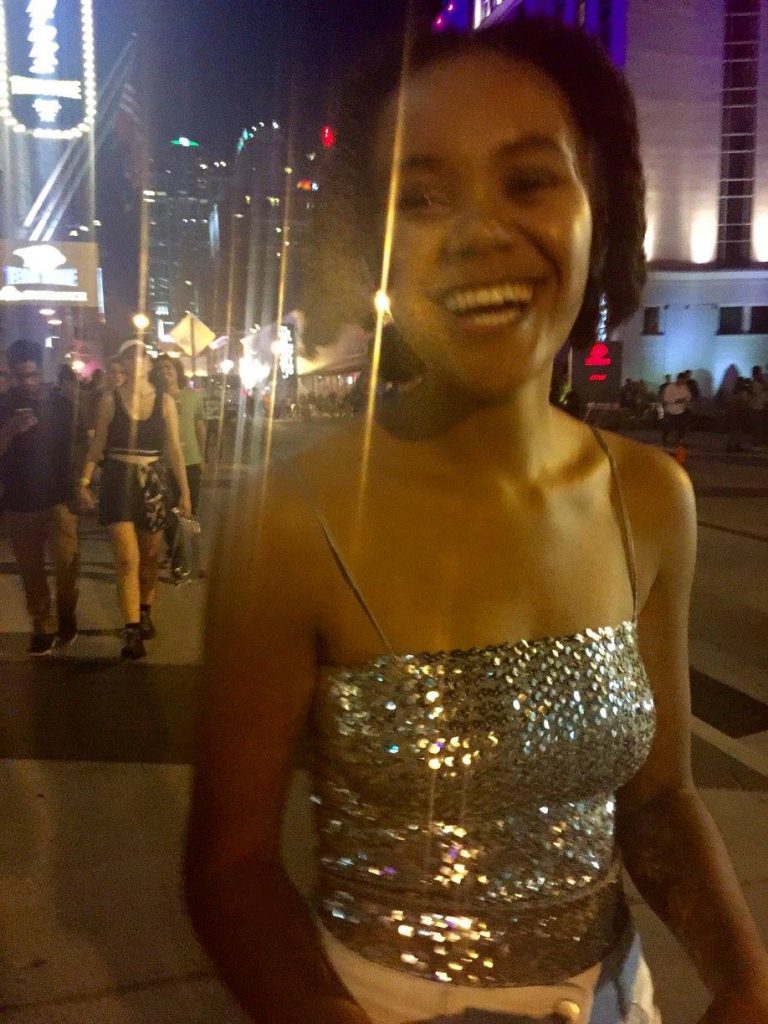 One of the reasons people often give for touching my hair is that they “want to know what it feels like.” And, to an extent, I get that logic. Some people really don’t see my type of hair very often.

But they often fail to think about why that is. Sometimes this can partly be a result of socializing only with other white people. But it also comes down to mainstream images of beauty erasing black women all the time.

When a friend told me to google “beautiful woman” and count the three black girls (out of hundreds of images) I was shocked, but I shouldn’t have been. Popular images of beauty hardly ever look like we do. 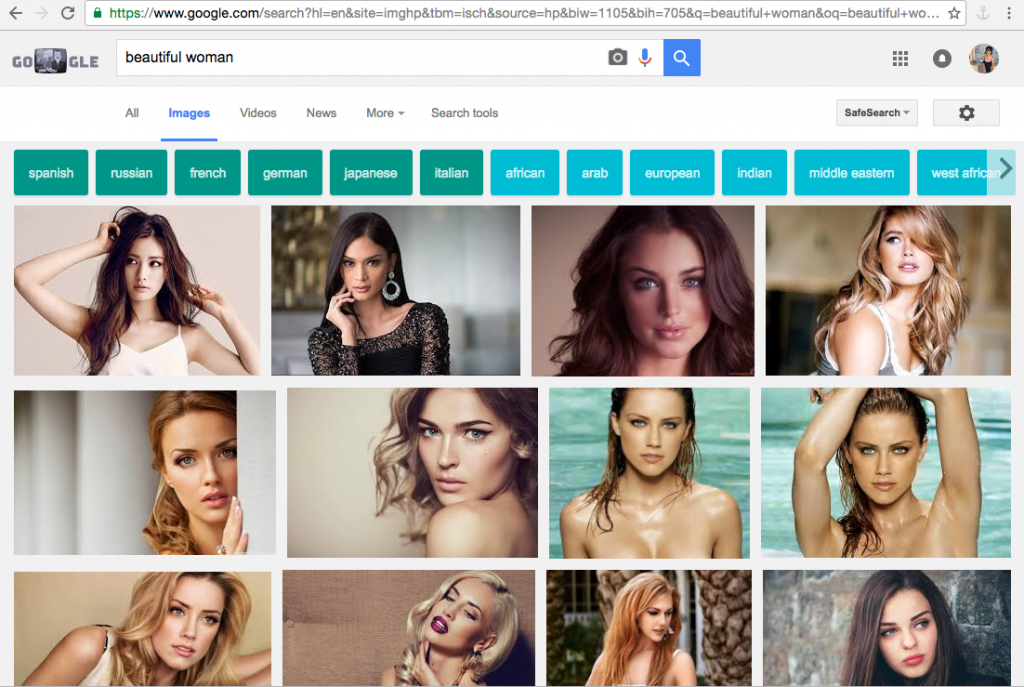 That’s why 2016 being the year of the Knowles sisters – Solange and Beyonce – felt so culturally important. I watched Beyoncé’s Lemonade thinking, “I’ve never seen so many girls with hair like mine, and skin colors like mine, on screen all at once.”

So maybe hair harassers haven’t seen my kind of hair as much as they should have over the years – but the answer to that isn’t feeling up my curl pattern. By treating me like a pet, they’re privileging their own curiosity with my perceived “difference,” over my right to be seen and respected for myself.

If they really want to know more about black hair, I’d prefer them to educate themselves about why mainstream media is so drained of color, and actually search out black art – rather than acting like they’re at a zoo exhibit when they see a black girl with her hair out. 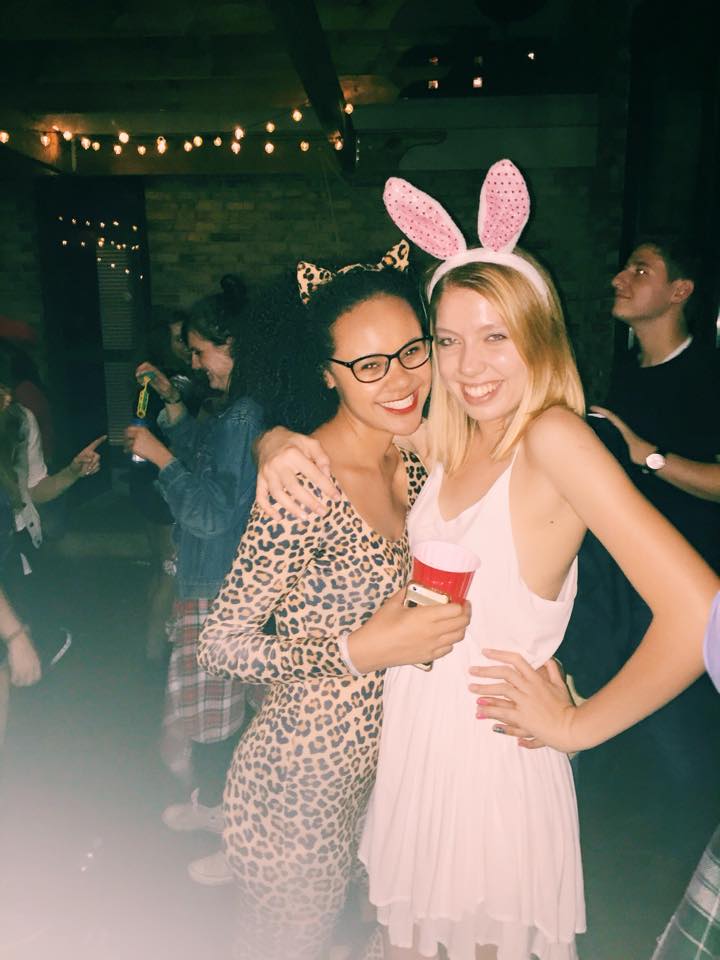 When I’ve complained about having my hair touched by a stranger, my frustration has frequently been met with something along the lines of: “oh, well they were just trying to be nice. Your hair is beautiful.”

Even people who would never engage in this kind of behaviour themselves are often hesitant to see it as a manifestation of racism. This is partly because unwarranted hair-touching is usually accompanied by a supposed compliment like: “oh wow your hair is so cool.”

I like people telling me my hair looks great if it looks great – that’s lovely, I appreciate that. But adjectives like “cool” – which hint again towards exoticism and difference – do make me slightly uncomfortable. Especially when accompanied by unwanted hair-touching, which exploits a racist power structure to exoticize my blackness. I’m not going to interpret that as a compliment.

Side-note: if my hair really is looking great, it certainly doesn’t need to be messed up by someone putting their hands all over it. I love my hair, but as India.Arie sings in her collaboration with Akon, “I am not my hair.” 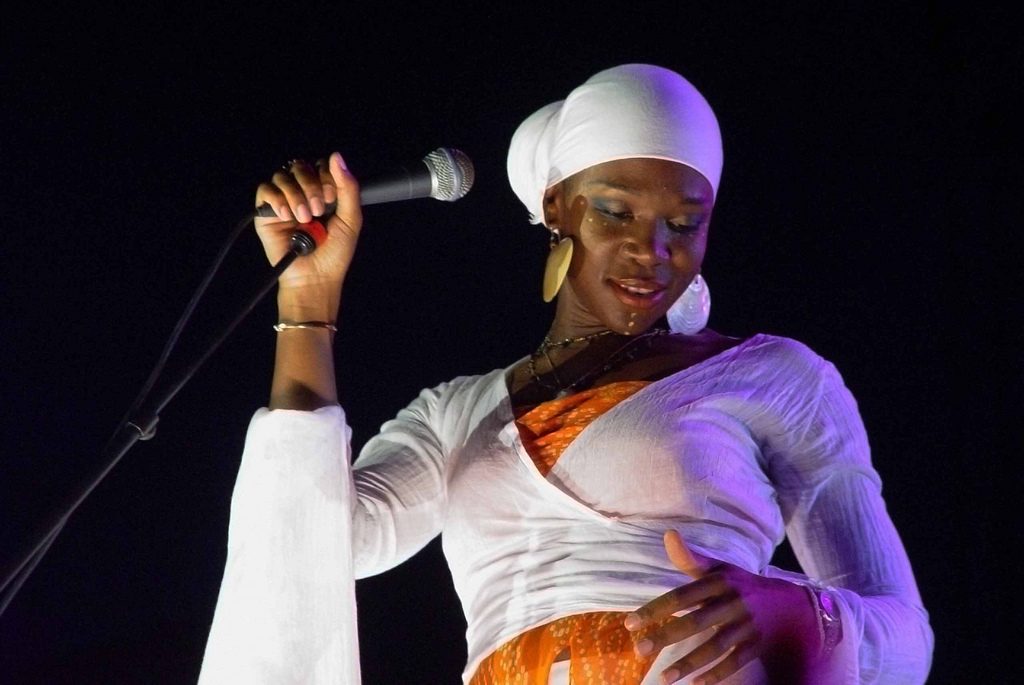 It’s strange to be made to feel that you should act a certain way, and speak a certain way, just because of what your hair looks like. Someone once told me to smile because I looked sad and it “didn’t go” with my hair, which they claimed was “so fun.” That’s crazy.

A guy once told me that, with my hair out, I was “pure 70s funk.” He had no idea why it made me so mad I never saw him again. He made me feel like a stereotype, some soul poster, rather than myself.

So to go back to the initial question, it’s not necessarily wrong for white people to touch my hair. My fun and fabulous roommate twists my hair into buns before we go out partying – that’s friendship. 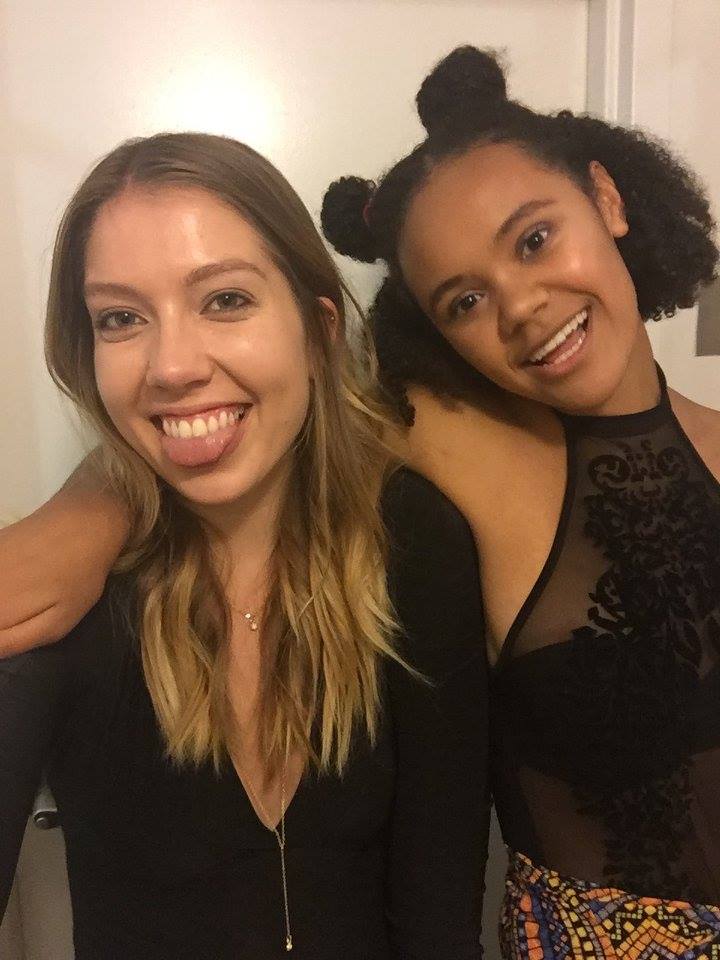 My mum strokes my hair, as I put my head on her shoulder after having spent months away at university – and I’m at my happiest. 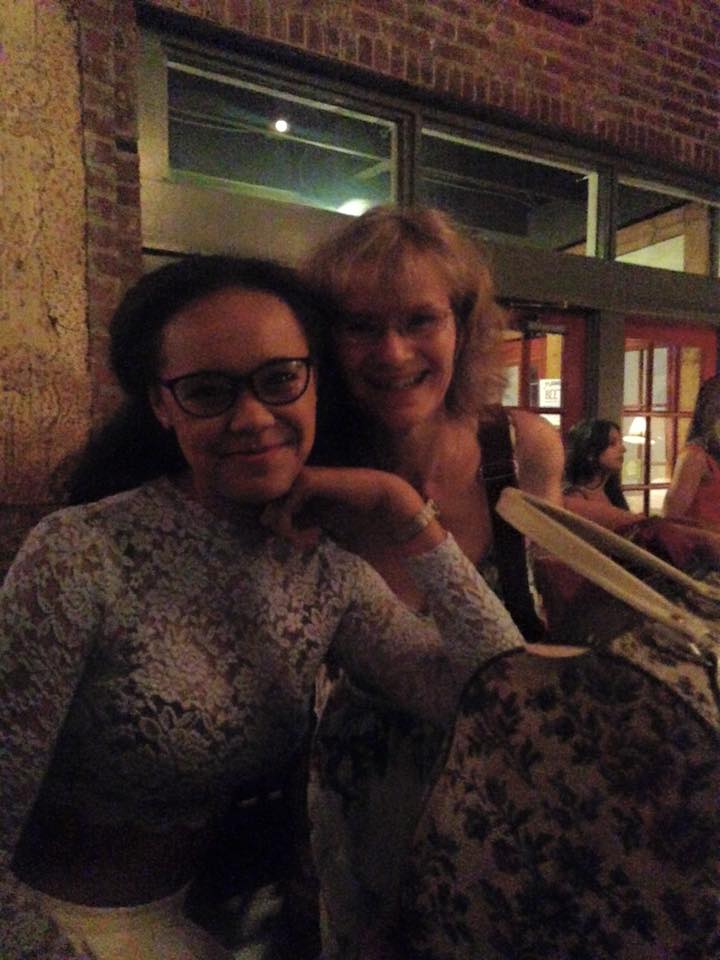 But for all the “hair-harassers” out there, Solange said it better than I ever could.

You know this hair is my shit,
rode the ride, I gave it time
But this here is mine.”