Shaykh Waleed Basyouni spoke about how he has been personally targeted as a result of his work.

“I got a phone-call from a friend of mine telling me ‘by the way Waleed, your name is in Dabiq magaizne’ which is published by ISIS. I’m not subscribed to the magazine so I didn’t know what they’d published”, Basyouni joked.

He soon discovered his name was on a hit-list. “They’re encouraging any of their followers in the United States to take your life”, his friend told him.

Basyouni’s talk delved into some of the demographic changes occurring in America and emphasized the need for solidarity in a rapidly polarizing world.

“The best response to extremism is to expand the cooperation between communities, building out from the center”, Basyouni said.

“The Bible teaches us ‘blessed are the peacemakers’ and our Prophet Muhammad showed us in Hilf Elfoudoul that we must uphold equal justice for all”.

“That’s why ISIS targeted my life’s work, targeted me, for being a bridge builder across the gray-zone they wish to eliminate from our society”.

“Waleed is so effective at destroying the way they pervert our faith,” said Paul Galloway, Executive Director of the American Muslim Advisory Council.

“We designed this event so the public could hear from real, credible experts who have actually worked against extremists first-hand.”

“It is our hope that events like ours will help steer these important conversations away from ill-informed rhetoric, and towards relationship building and improved safety for all Tennesseans.” 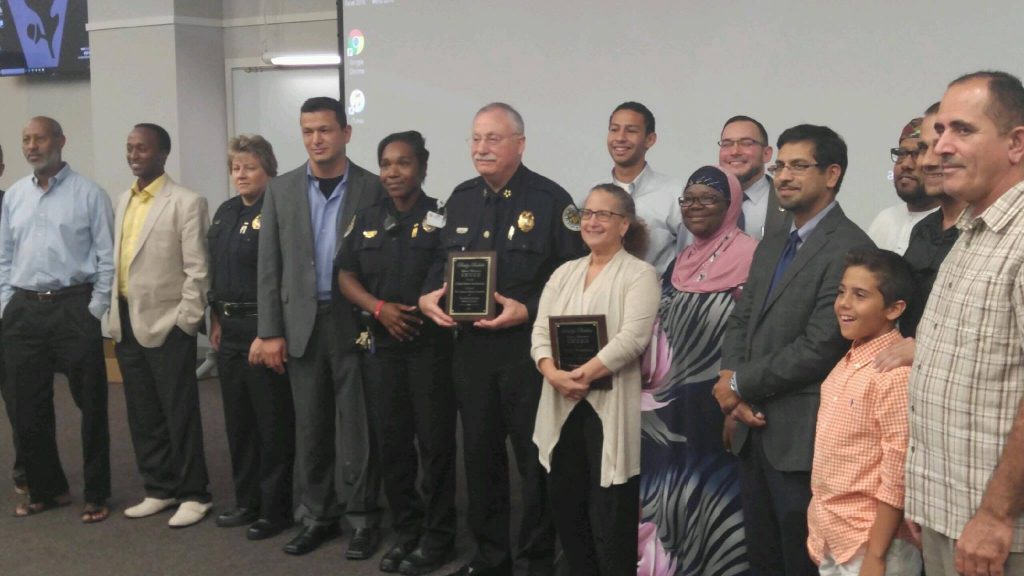 Pat Villafranca, who worked as an FBI Agent for over 28 years, spoke about how much she enjoyed the community outreach work she did with the FBI.

“The Muslim community was hungry for a relationship that wasn’t centered always on terrorism,” Villafranca said.

She argued part of the problem lay with the Islamophobic rhetoric often used in media reports.

“If you watch the news, an extremist is a white guy and a terrorist is a Muslim guy”, she said. “Language can matter, it can matter very much”. 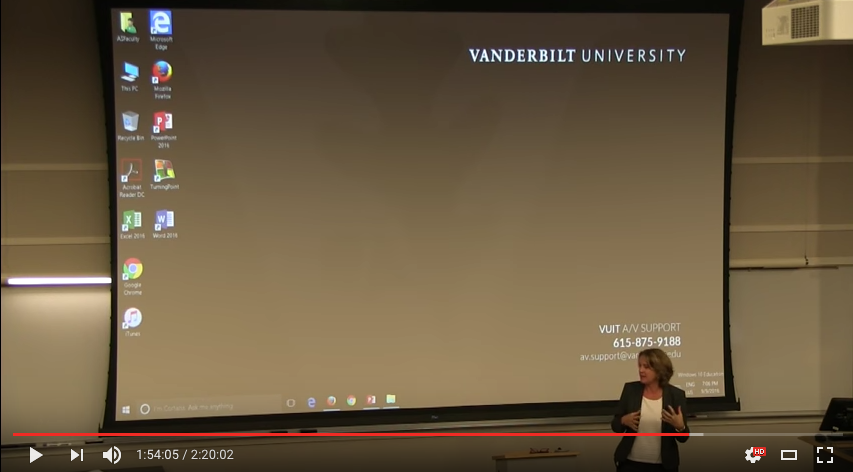 Pat Villafranca addresses radicalization. The event was live-streamed through the Live at Vanderbilt Youtube Channel

Later, the audience was given the opportunity to pose questions to the experts. A Vanderbilt student asked for views on the use of the phrase ‘radical Islam’, which has been contentious in recent political debates.

“If the person is radical in Islam and you call them a radical Islamist then I don’t have a problem with it”, said Villafranca.

“The problem is some of the people, they’re not even from a religious background. They love the radical part, they don’t know anything about the Islam part”, she continued.

Basyouni said: “For me as a Muslim, I find it very offensive to say Radical Islam.”

“You’re describing the religion as a radical, fanatic religion. There are fanatic, radical Muslims. There are monstrous Muslims, there are evil Muslims”, he said.

Nashville’s Chief of Police, Steve Anderson, was honored by AMAC with a Lifetime Achievement Award.

“I’m just one member,” said Anderson. “We have so many good people out there on the street doing the work every day.”

Villafranca remarked that it had been “great to meet the Chief” and said of Nashville: “this is a city where you don’t even need to hear about why it’s important for law enforcement and communities come together, because you’re all over it”.

The Muslim Student Association at Vanderbilt co-hosted the event which was attended by Vanderbilt students, faculty, and people from the wider Nashville community.

Saif Hamdan, President of the Muslim Students Association, confirmed that the second part of the “False Prophets” series will be advertised soon by the MSA.