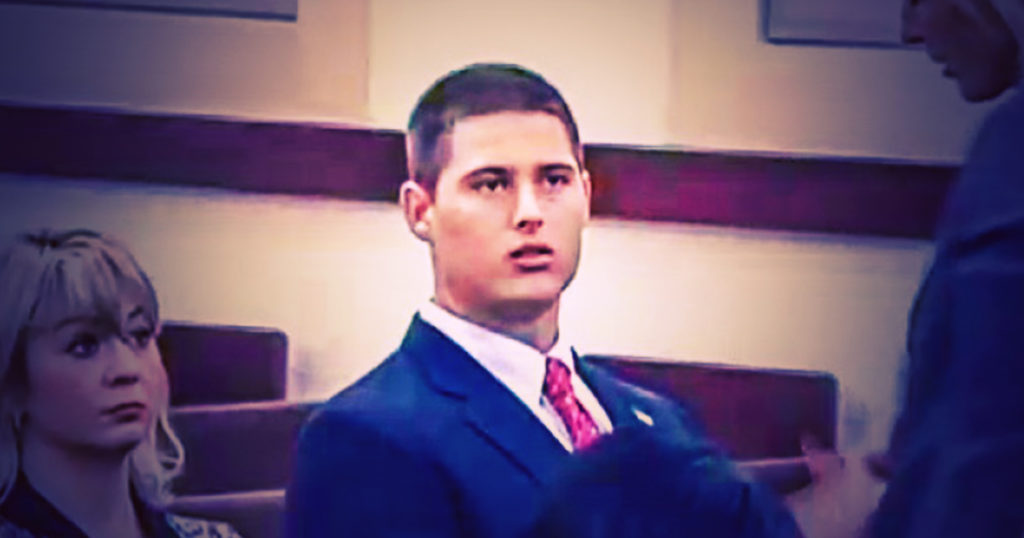 Almost exactly three years ago, I was midway through my first summer away from home. I was working a full-time minimum wage job with the Vanderbilt athletic department – with whom I was a member of the cross country team – filling cups of Gatorade for high school football players attending scouting camps.

I would fill hundreds of cups with sticky sweet Gatorade before players would stumble off the turf, taking two or three cups and then throwing the waste on the ground. I would just fill a new round, repeat the process again and again for hours on end.

Yet, despite the lackluster first job experience, which punctuated mornings and evenings of running, I could not have been happier living on my own. Summers in Nashville were almost hazily idyllic – I would wander around the lush arboretum campus alone late at night, savoring the total isolation. I never once felt unsafe.

One evening, I was visiting a friend in Gillette Hall, the summer dorm where both non-athletes and some athletes who needed to take classes to keep their schedules light during their respective seasons lived. My friend escorted me to his room to watch a movie, we passed through a door frame leading into a segment of his hallway. The solid wooden door that had once occupied the frame was split clean in half.

I took this photo on one of my nightly wanderings

My friend mentioned having not noticed anything: no sounds, nothing out of the ordinary. Just a broken door one morning. A couple of days later, when Vanderbilt Plant Operations checked video footage of that Gillette hallway, looking for what had happened to the door, they noticed something strange.

At one point in the video footage, a couple of large men shuffled into the hallway carrying an unconscious girl. A couple of minutes later, one of the men walked up and covered the security camera.

In the weeks that followed we learned that the men on the film were Vanderbilt football players, but none of us athletes really knew what was going on, other than the fact that anyone who was even remotely connected with these guys was being interrogated by the police.

People were scared. No one knew who was going to get questioned next or what the outcome would be. All of a sudden, one of only a few Vanderbilt football players who had a chance of going pro was suspended (he later pleaded guilty to one count of being an accessory after the fact). Shouts of enraged injustice flew through the student-athlete body. Athletes became even more inflamed when Vanderbilt athletics banned us from going to a favorite local bar – Tin Roof – the place the now-accused rapists had drunk before allegedly returning to campus to do their bidding with an unconscious woman.

Granted, rumors fly, especially through a campus with a relatively small student body population and a close-knit athletic community. But one rumor said the girl did not even know she had been raped until the police came to her, asking her about the video footage. This one turned out to be true. The trial heard that when officers initially showed her pictures of the rape and asked her if she recognized them, she broke down and said, “It’s me. It’s me.”

Can you imagine waking up one morning to the police, knocking on your door and telling you that it was likely you were stuffed with foreign objects and the genitalia of up to three different men on a night of which your last memory of that night is drinking at a bar and being handed a drink by a man you had dated?

Not only that, but also your boyfriend, the man you trusted more than any other, invited this horror on you. He valued his teammates so much more than you, that he let them violate you while you couldn’t respond. So much that he watched and filmed it and sent videos of it to friends – videos that would be the clinching evidence in last week’s trial.

And now, you have to deal with anonymous people on the internet blaming you for getting too drunk. For asking for this. For bringing down four Division I athletes and ruining all of their hard work. You are a slut.

During that summer, right after my freshman year, I couldn’t understand rape. I was happily content to continue running, working, and enjoying myself. I was sad we weren’t allowed to go to Tin Roof anymore – I thought punishing the rest of the student-athlete population for a gross misrepresentation of the athletic body was unfair. But other than that, I was altogether way too absorbed in my own life to understand the victim’s life that had been completely and utterly devastated. 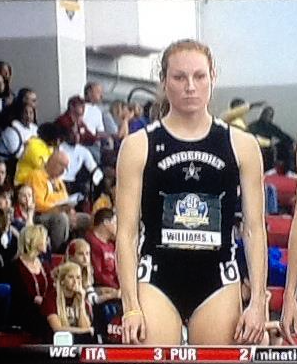 But looking back now, I see that perhaps my apathy was a result of the entire situation being mishandled and misrepresented. Blame was shifted to a local bar for the incidents that happened later that night. The situation was tip-toed around, and very little concrete information came to us athletes to let us know what exactly had occurred and how it pertained to us – ’cause boy, did it pertain to all of us. We were reminded of “an unfortunate incident” and fingers were wagged at us rowdy kids. After a month or so into the school year, we heard little to nothing about the case other than what came through the media. Soon everyone in the country knew about The Vanderbilt Rape Case.

In retrospect, how would I have handled the situation? I would have directly addressed the issue at hand.

For instance, let me rephrase the word “incidents” from the above paragraph: a woman was completely and absolutely RAPED by more than one VANDERBILT ATHLETE. She was not vaguely sexually assaulted, but raped. The victim was a real person who some of us athletes knew – a woman whose intoxication level was so high she was likely in danger from that alone. And this real person was raped by other real people, real athletes that we knew and chatted with at dinner, in the training room, in the ice bath and out on the turf. This situation was real, we were close to it, and yet it felt so so far away and so easy to dismiss.

I blame our society’s current attitude toward rape. Instead of incorporating talks about consent into men’s health classes, we assume that every 18-year-old male knows how to treat a woman and how to handle sex. We treat the boys and men who may need to ask for help understanding these concepts as a grotesque disfigurement of morality. We treat the victims of rape as instigators, we blame alcohol for our poor decisions, and we look at athletic ability as an absolver of all of our sins. I mean, look at the Brock Turner case.

Now, three years later, the Vanderbilt rape case is only half closed: two of the four accused have been found guilty and the two others await trial – they have pleaded not guilty.

But the case was closed for the rest of Vanderbilt student athletes almost as soon as it was opened. In the fast moving world of college athletics, this case will soon be forgotten and continue to be downplayed. But for the guilty Vanderbilt football players and for the rape victim, this case will shape their lives forever. All we can hope for is that society – and the media focused culture of athletics – will come to respect rape victims enough to talk about rape, to talk about its life-altering and scarring effects and prevent more cases from happening.

If we can distinguish this woman as a rape victim, we should distinguish these men as rapists, not former Vanderbilt football players.