Everything freshmen at Vanderbilt now know

You can make a lot of mistakes in nine months

Pretty much everyone at Vanderbilt would agree that freshman year is a truly transformative experience.

As part of the Class of 2019, I wanted to reflect upon our first year at college in Nashville. Here are some of the most important lessons we’ve learned.

Taking photos in front of Wyatt is extraordinarily basic

The beauty of the Peabody/Commons side of campus doesn’t get old. Waking up to blue skies, green lawns, and columned buildings every day still makes me smile in spite of myself. What does get a little tiring though, is the seemingly perpetual freshman desire to obtain photographic evidence of this architectural charm.

First semester, we were all guilty of it. 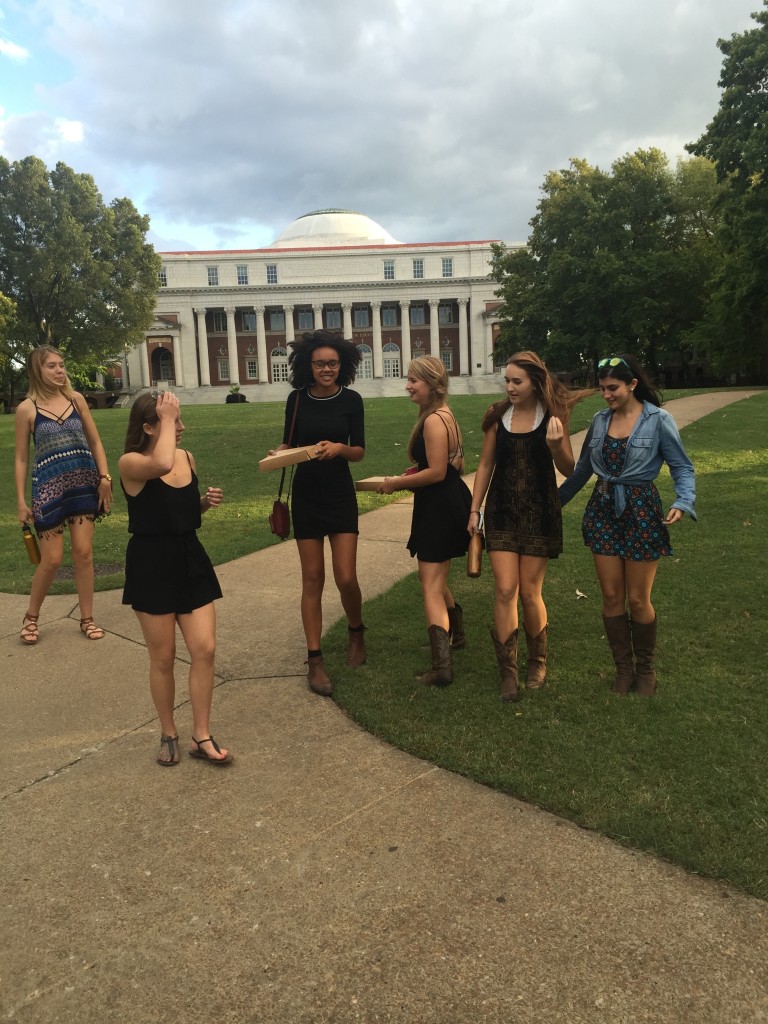 To be honest though, we gotta get in the cute pics before we’re stuck with Branscomb’s outdated decor as our background.

Even at the start of our second semester, we continued to take photos of ourselves all over Commons. It felt very important to document the change of season. 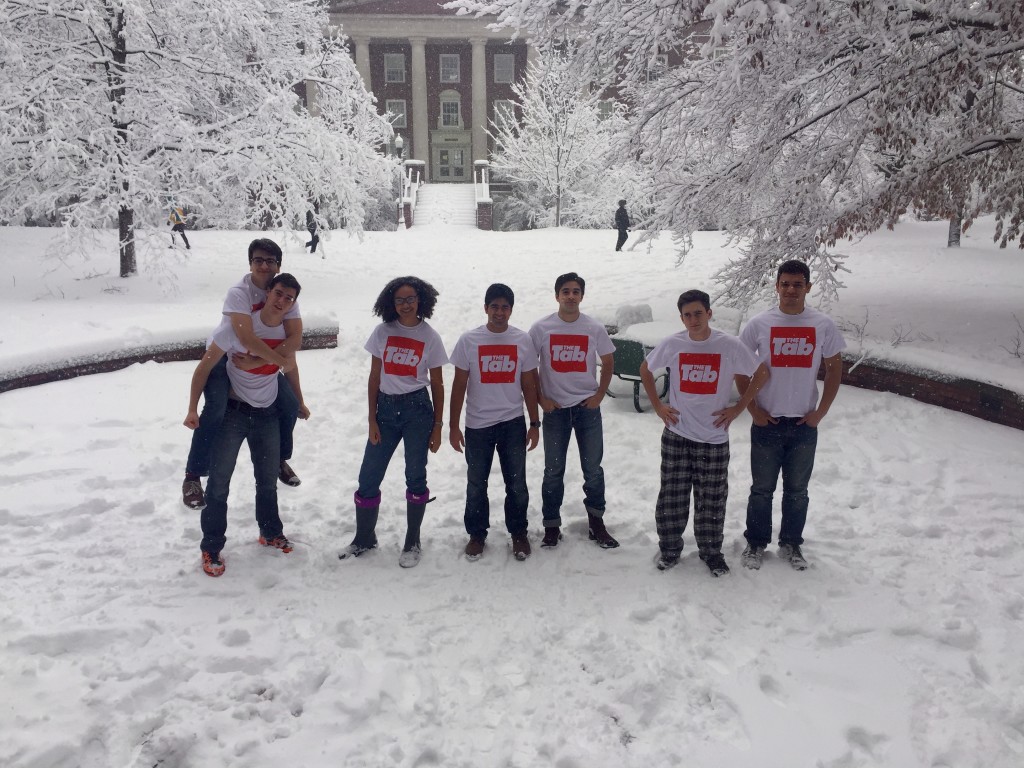 Now though, as we reflect on our rising sophomore status, most of us are beginning to realize our photos were extraordinarily basic.

I shed silent tears when I walk past a student standing in front of Wyatt, with an iPhone in the air. It’s an all too poignant reminder of my own misspent youth, and the many basic Instagrams and Facebook uploads I would rather forget. 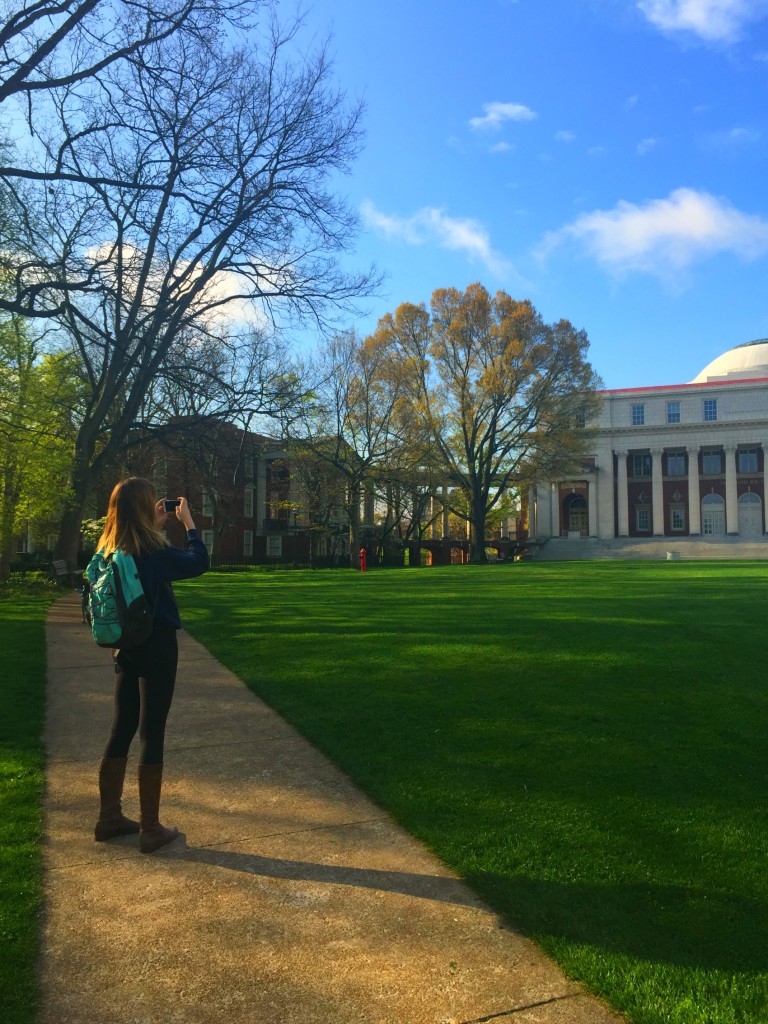 I had to wait for this random girl to take her money shot before I could continue up the path and on with my day.

How not to fail Chem (haha jk)

As soon as we arrived at Vanderbilt, we were warned about Gen Chem. Rumors spread that it was impossibly difficult, and shattered many a freshman’s medical school dreams.

As high-school grads who had mostly excelled in everything, we scoffed, we smirked, we took it anyway. Now, no one is laughing.

Pre-med seniors are immediately granted everyone’s undying respect for having accomplished the seemingly impossible, while the rest of us cling on and hope we make it. 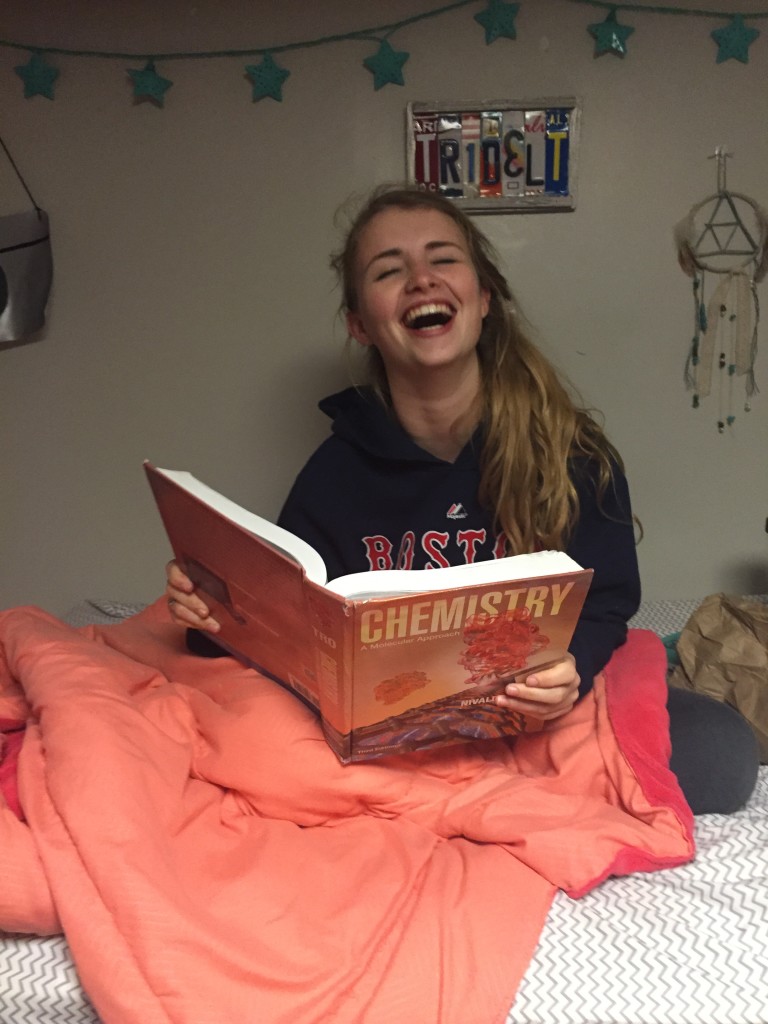 You know that lame thing they told you when you toured the school? About Vanderbilt students having as much fun as they have homework?

You don’t actually realize how real that concept is until you’ve lived your first year at Vanderbilt.

I’ve finished a paper at 4am, after getting in from a night out at 3am, with only caramel popcorn for sustenance.

With naps, coffee, and a regularly updated iCalendar, you can more or less do it all. That doesn’t mean you should, but nine months at Vanderbilt definitely teaches you that you can. 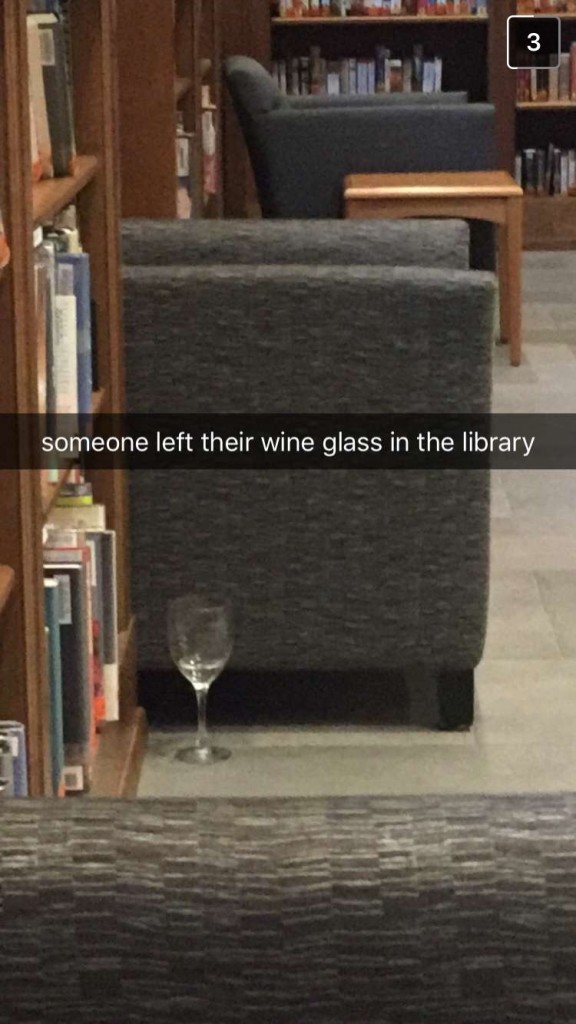 Sometimes you need a little something to take the edge off while you finish that 15-page research paper.

How to get the most out of your meal swipe

Meal periods are now burned into my brain. Some Saturdays, 10:50am comes around and I jolt awake, realizing I have exactly 10 minutes to pull on some clothes and run to Munchie Mart before the breakfast period ends at 11am.

I also now know how to effectively use my ‘sides’. At the start of freshman year, I would always get a bottle of water as part of my lunch swipe. I was so lost, so ignorant.

Why would you waste a ‘side’ on water when you can just refill an empty bottle?

There’s so much free food at on-campus events that you definitely wouldn’t go hungry if you chose not to use your swipe. But if you don’t use it, we all know you’ll lose it, and losing isn’t part of the Vanderbilt vocabulary (lol).

“Never waste a swipe” would honestly be a slogan-tee I would wear. 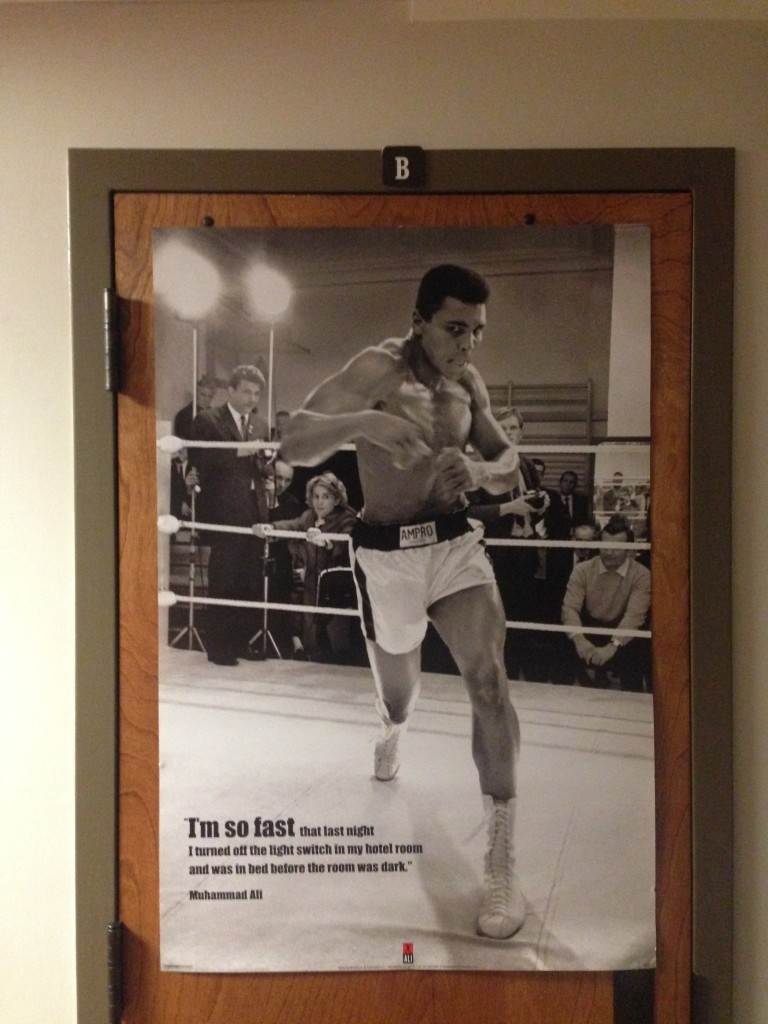 I got this poster so Muhammad Ali could provide me much-needed motivation before my morning dashes to Munchie! He knows how to say it all without slogan tees!

How to navigate Stevenson

We were all terrified before even taking a step into the science department’s infamous labyrinth. Just as reported by those who went before us, building and floor numbers seem to make no consecutive sense once inside.

For the first fews days, we crept around. Tentatively sticking our heads into random classrooms and looking up deserted hallways, desperately searching for any sign of civilization.

Now though, we stride around as if we own the place. Shoulders back, chins forward, we slam our palms over the buttons which open the automatic doors, as if trying to reassert our dominance over the place we thought would be the death of us. 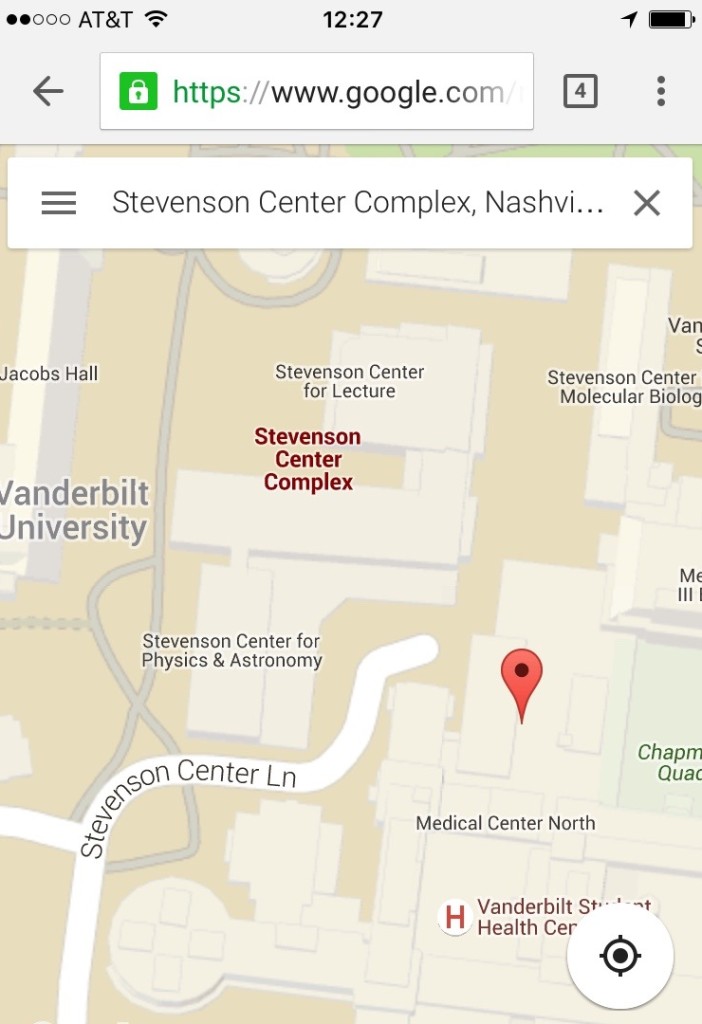 It’s so huge that it has its own road.

We’ve all done it. We’ve all said those infamous words “I’m not feeling it yet” and taken another shot. And then two seconds later you are FEELING IT and then approximately five minutes after that you are laid out on your friend’s carpet, telling them to go on without you. It happens to the best of us.

Throughout freshman year we have learned the hard way about the all important skill of pacing ourselves. Yes, you can have five shots at 10pm before hitting the frats, but that doesn’t necessarily mean you should.

Sometimes we were smarter and only took one shot before the main event. But then the Vandy Van ride sobered us up completely and we spent the first 30 minutes of the party painfully aware of ourselves.

Second semester saw us making wiser choices, but there were still many missteps. Perhaps by sophomore year we will have perfected the art of pregaming, but for now, it’s still truly hit or miss. 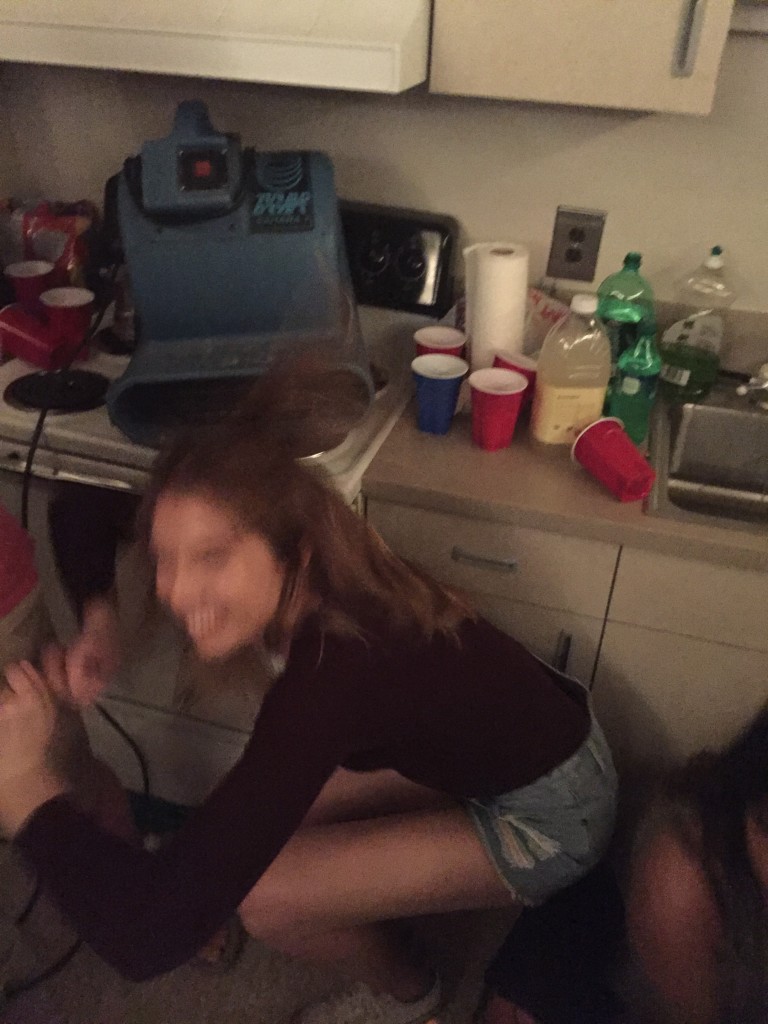 Sometimes dancing to Flo Rida’s classic “Low” becomes a prophetic experience as later that night you hit an all time low.

Okay, of this one I am very guilty. All year, I fought the temptation to create a “Vandyland!”, “Life in the Vanderbubble”, or “Vandy pt. 1” style Facebook album. I was not about to be that basic.

But then, St. Fratty’s Day came along, and my resistance crumbled.

I called the album, “I’m not from here”, in reference to my international student status. I’m not proud of it. And the photos included in the album were, to be honest, worse than the title. It basically just consisted of photos of me with every single human being I interacted with on that fateful day.

I’m hoping by sophomore year I will regain my Facebook dignity, but honestly it’s doubtful. 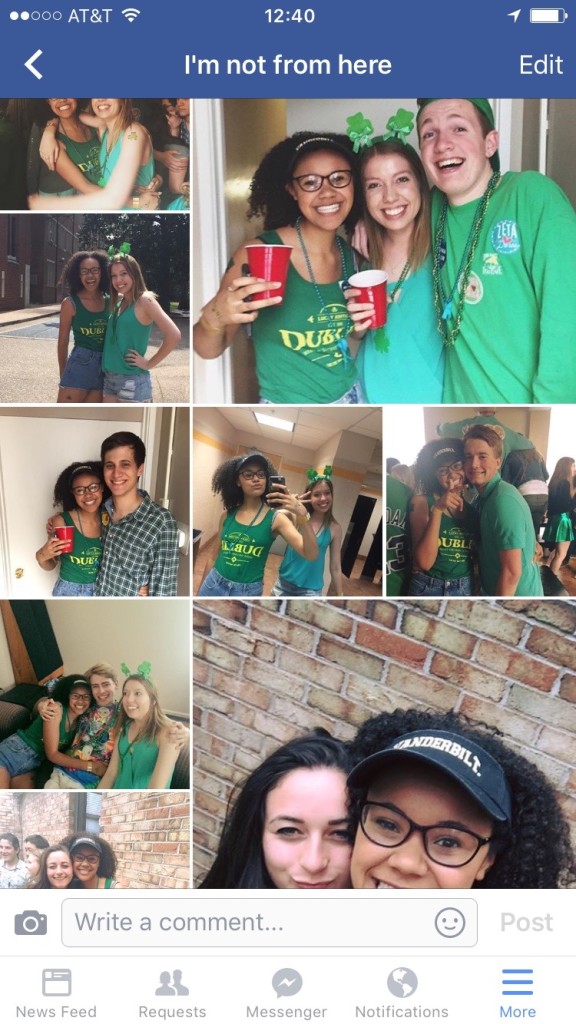 I’m not from here and every time I see this album I wish I wasn’t here.

All in all, freshman year was one of many highs and lows (many of those lows were the innumerable amount of times we were asked to list our highs and lows of the week).

It was a year of feeling like you had it all figured out only to find out you had gotten a D on your last Chem test. It was a time of meeting new people and then immediately forgetting their names.

While it took a moment to get our bearings, we are now officially much wiser and more sensible.

Thanks for the memories, freshman year. I can’t wait to make some more as we embark on the great journey known as “sophomore year” or, as the Facebook albums will undoubtably be titled, Life in Vandyland Pt. 2.