Jack Newcomer and Dan Stefan’s presidential platform has been released

See the ideas the freshmen underdogs have to improve our school

Jack Newcomer and Dan Stefan have released their official platform for Tuesday and Wednesday’s presidential election.

Their platform was released only two days before voting begins having needed to be approved by the Dean of Students.’

Their vision for the school was organized into Respect, Personal Accountability, Transparency/Consistency, and Overall Happiness of Students.

The platform included some of the previous ideas they’d suggested when they first announced, including a mentoring program for international students or those struggling to adjust to life at Vanderbilt, individual rather than organizational responsibility, and expanding Taste of Nashville to offer more choices to students and help local businesses.

The team also proposed ideas such as a lottery system to make class registration more fair, educating instead of harsh punishments for “lifestyle choices” such as drinking, and weekly meetings with them to expand their platform and make them accessible to the student body.

Newcomer wrote that when choosing his cabinet, “I will give any student a chance to prove to not only me, but Vanderbilt as a whole, that they would do a good job in that specific position”, and that VSG and non-VSG members would be a part of it.

The two emphasized the ‘open platform’ they’ve spoken of in the past: “We can promise you that we will listen to all students’ ideas. If they believe that they can make an impact on campus, we will absolutely give those ideas a chance.”

You can read the whole document here, and share your thoughts and suggestions for Jack and Dan in the comments section below. 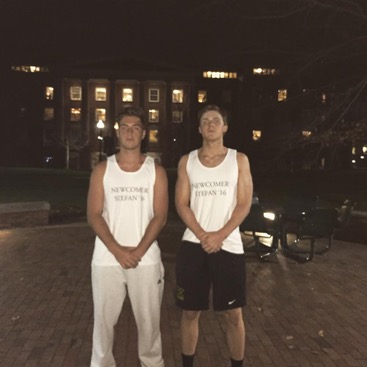