Cultural organizations on campus collaborated to give students a voice

The exit poll results for the General Caucus have just been released and show Ariana leading Jude by a substantial margin.

Newcomer did not appear at the caucus. 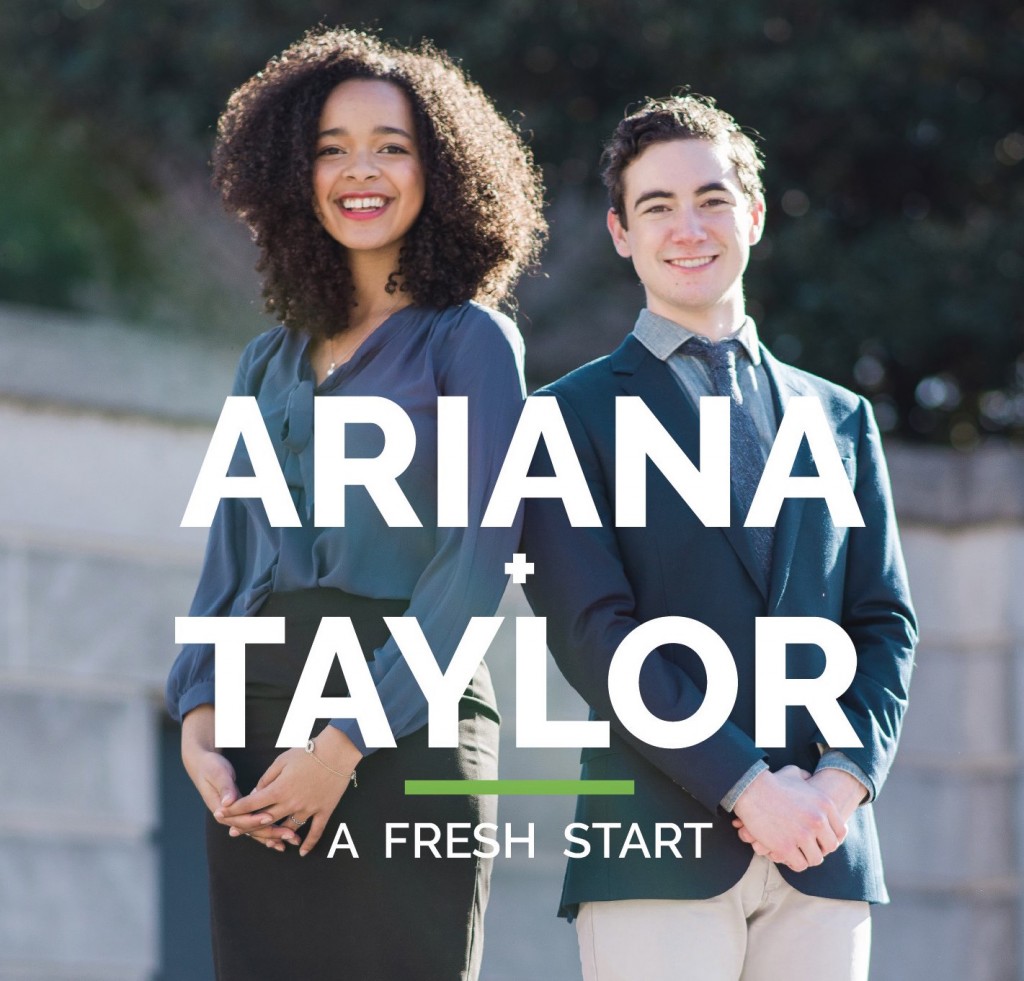 The event which was held on Thursday, was hosted by 13 cultural organizations and aimed to give students the opportunity to ask the candidates questions relating to their specific organizations.

It is hoped it will set a new precedent for the greater influence of minority voices on VSG, within which minorities have been traditionally underrepresented.

Ariana won the General Caucus poll, with 72% of the vote. 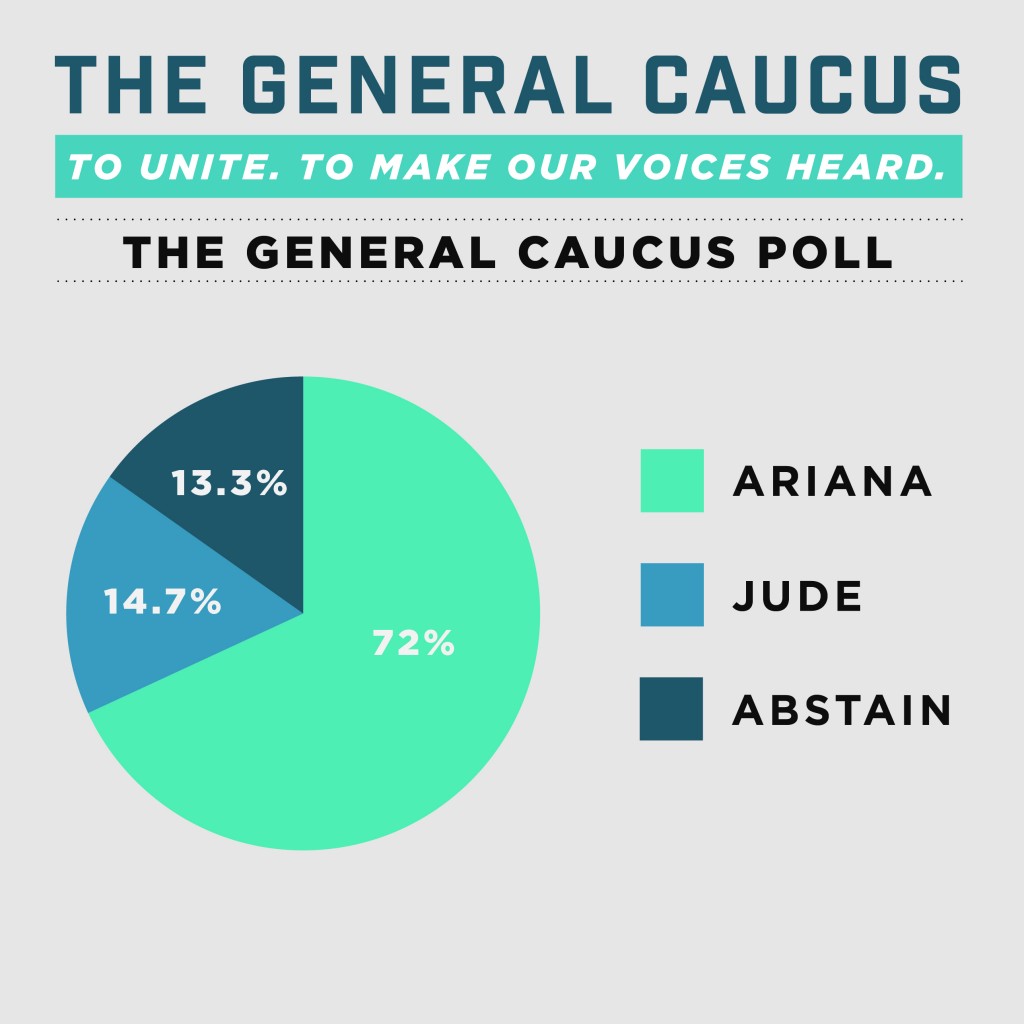 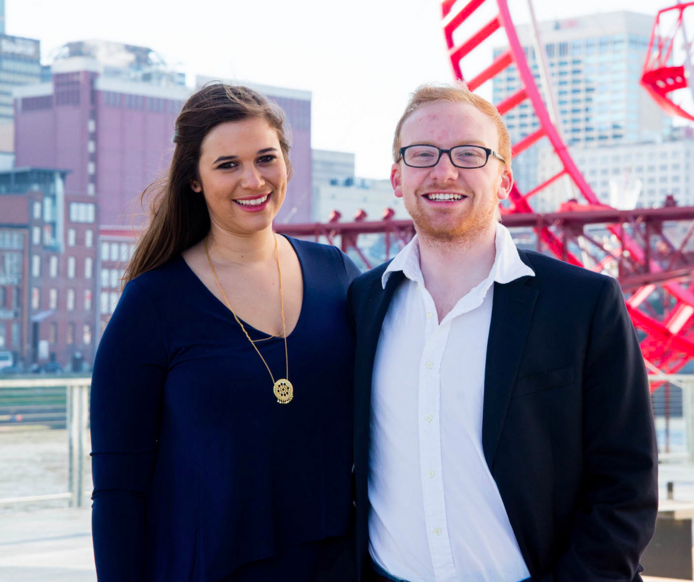 Many different organizations were represented, including Lambda and the Malaysian Student Association.

Jude’s support was largely concentrated in votes from Hillel, the Black Student Association and the Vanderbilt Association of Hispanic Students.

Ariana’s support came from a wider spectrum of the organizations present.

Interestingly, over 70% of the students in attendance were sophomores or juniors, perhaps reflecting a relative lack of interest from freshman and seniors. 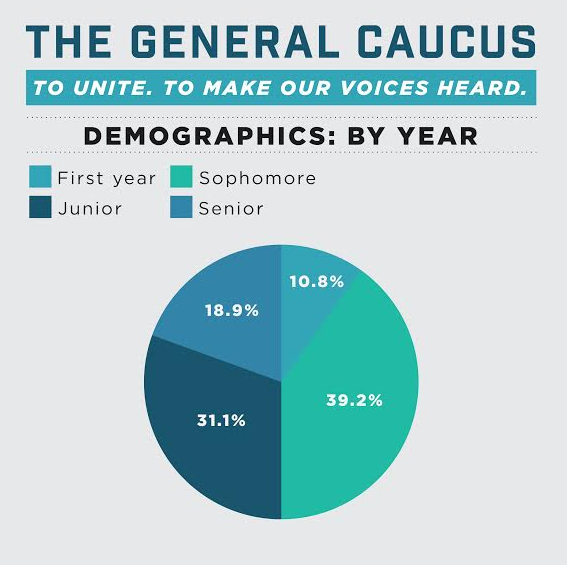 Some in attendance live-tweeted the event, which meant candidate responses were able to reach students who were unable to attend. 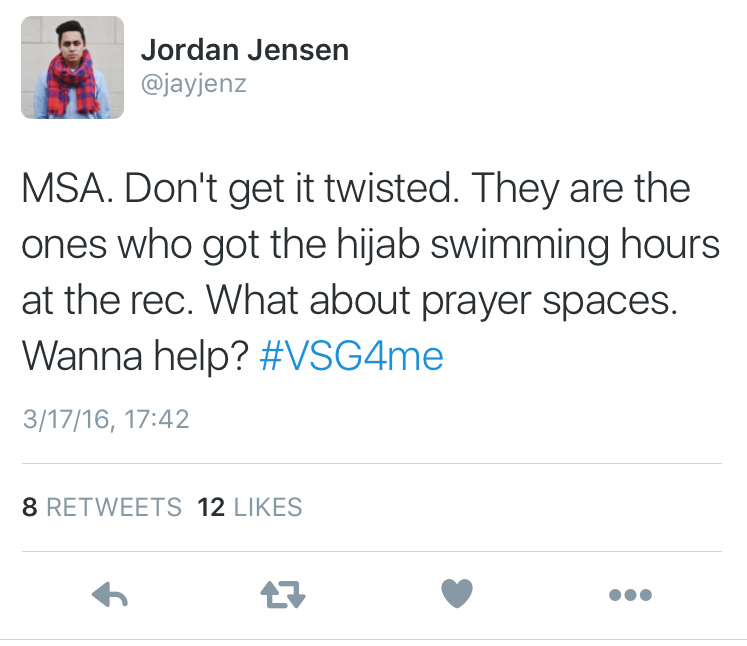 There was concern expressed that VSG itself had not seen fit to host such an event, which was seen to reflect a disconnect between VSG and real student issues.

It was seemingly left up to the smaller organizations themselves to hold candidates accountable on specific details of their platforms. 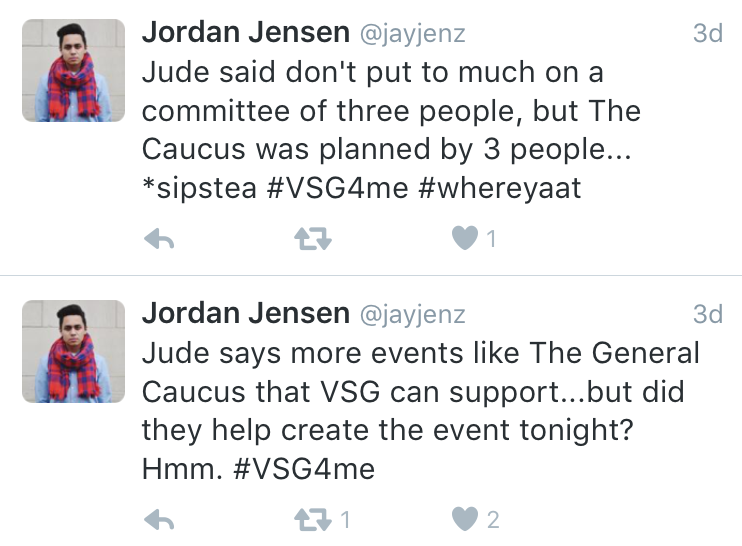 In the platform assessment, Ariana led Jude on all three points.

Marc Chen, from the board of the Asian American Student Association, spearheaded the organization of the caucus, which was a brand new initiative this year.

He said: “Only time will tell what this will lead to”.

“Our wildest dreams are that we have set off a chain of events that will help VSG become a more inclusive organization with diversity of thought and talent.”

“This will only happen if we vote”, Marc added.

“It’s one thing to participate in a poll. The most important thing is to vote and make our voices heard.”

Voting opens on Tuesday at 8am on Anchor Link.