Lack of racial diversity on grounds is unacceptable

Only 2.4% of undergrads are African American men

Walking through Charlottesville, there are many reminders of America’s checkered history. The statue of Confederate General Robert E. Lee still stands in the eponymous Lee Park, Downtown (although there are plans for it to be removed). Memorial plaques for Confederate soldiers who died fighting in the Civil War can still be found on the Lawn side of the Rotunda. The Rotunda itself, which UVA prides so highly, is comprised of 900,000 bricks made by slaves. Madison (Mad) Bowl was also dug out by slaves.

Now, I don’t think we should tear down the Rotunda, or refill Mad Bowl, for that kind of revisionism will only make us ignorant of the past instead of more tolerant in the present. Nor do I believe there should be a whitewash of UVA’s history.

For it is not UVA’s history that worries me – it’s UVA’s present. Much more troubling than the landmarks I have mentioned is the visible lack of diversity on grounds.

This becomes quite sickening if we consider that a large number of these 408 students are athletes on some form of scholarship, which incidentally is the demographic least likely to graduate. These statistics don’t make UVA’s admissions policy look like a fair selection process. 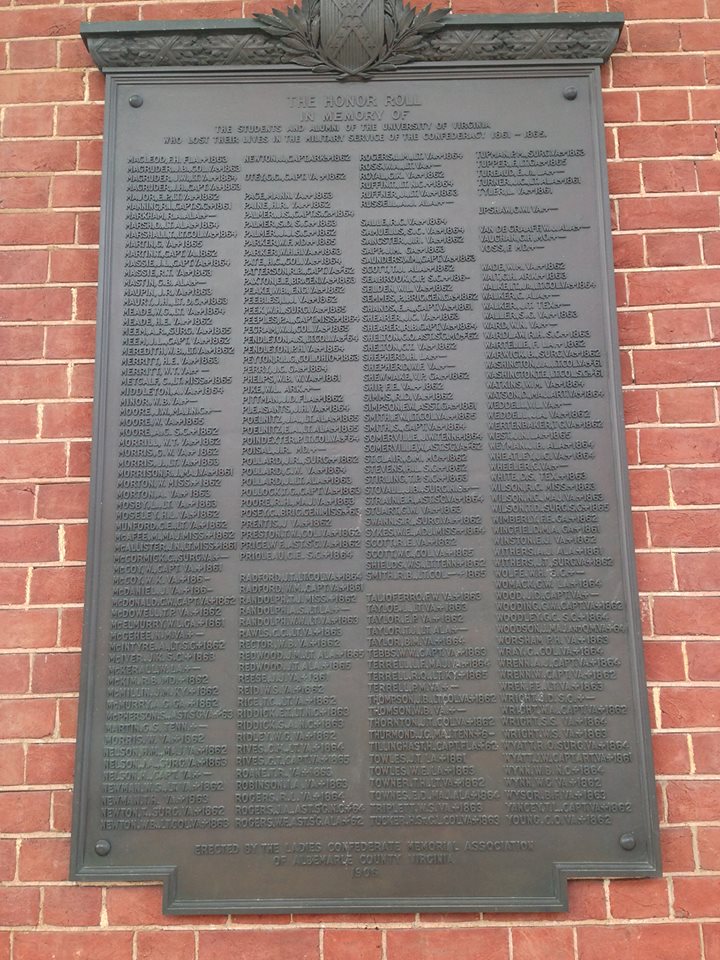 Of course it is true that UVA does not comply with Affirmative Action and therefore is not obliged to accept a certain quota of students. However, this does not mean that the University is doing enough to protect its black students.

Isaiah Colclough is a third year who helps make up this 2%; speaking to him he told me that he has experienced racism at UVA, although he is hesitant to characterize UVA, itself, as racist. He went on to say he is, “both proud and frustrated” to be among this small number of African American students, “as it speaks to how highly the admissions committee felt about me. But I am much more frustrated. Two percent is a low number and while I am comfortable at this school, I would be even more comfortable seeing more African American men.”

“There are numerous stereotypes that African American men are judged upon and there is a strong possibility that UVA’s admissions committee shares these views,” Isaiah said.

Looking to the future, he said, “I think the next step for UVA is to create an initiative to bring more African American students to the school, which should involve reaching out to high schools across the country, encouraging African American men to apply and study here…[but] if the number of African American male students continues to decrease, I would strongly consider sending my child elsewhere. While UVA is an amazing school, there are certain important experiences that can only be shared between African American men and the lack of that demographic being well presented during my child’s most formidable years would make me think twice about sending them here.”

While neither Isaiah nor I pretend to speak for the entirety of UVA’s African American students, this must explain its lack of racial diversity. More than this, the school must take action.