If UVA dining halls were your exes

Whether you love your meal plan or can’t wait until the day when you can eat at roots every day (I mean cook your own food), we’ve all been through UVA dining. It really is a love-hate relationship, just like one with an ex.

If you live in new dorms, or even old dorms, O’Hill is just so accessible when you need sustenance. Just like that boy you dated at the very beginning of the semester until you realized that you actually really couldn’t stand him, O’Hill was everyone’s go to at the beginning of First Year. Soon enough, we realized the portions were too small and the smoothies were served in mouthwash cups and we all just kind of lost interest. We love you, like a friend, O’Hill, and we’ll still come to you when we’re lazy. Just stop calling.

We’ve all been there. You meet someone who is super hot and cares about you and will never do you wrong. The problem is that your schedules don’t match and you never end up seeing them. Runk is really out of the way unless you’re trying to hike up a hill to go. But once you get there you ask yourself why you don’t go more often. The other day, they had beef lo mein and pasta served in little silver boats. It’s not you, it’s us (never change xoxo). 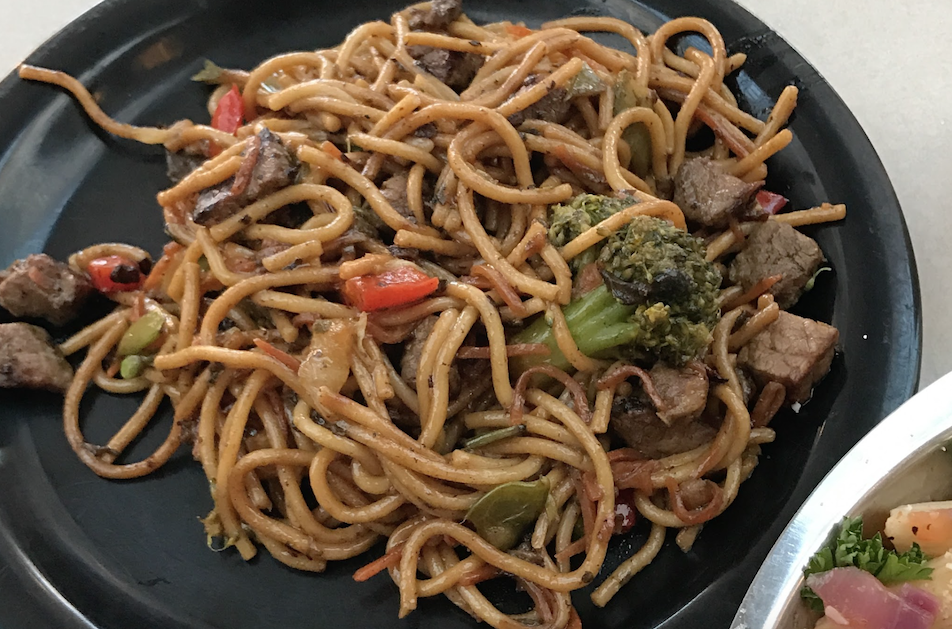 The one who everyone fights over – The Pav

3:59 The Pav is empty as hell. You go to the bathroom and come back at 4:02 and suddenly you find yourself standing in the Chick-fil-a line that wraps around the entire room all the way to the door. Just like that cute foreign exchange student you know you shouldn’t go for, you will always end up waiting for that meal exchange even if you have to fight every other person at UVA. 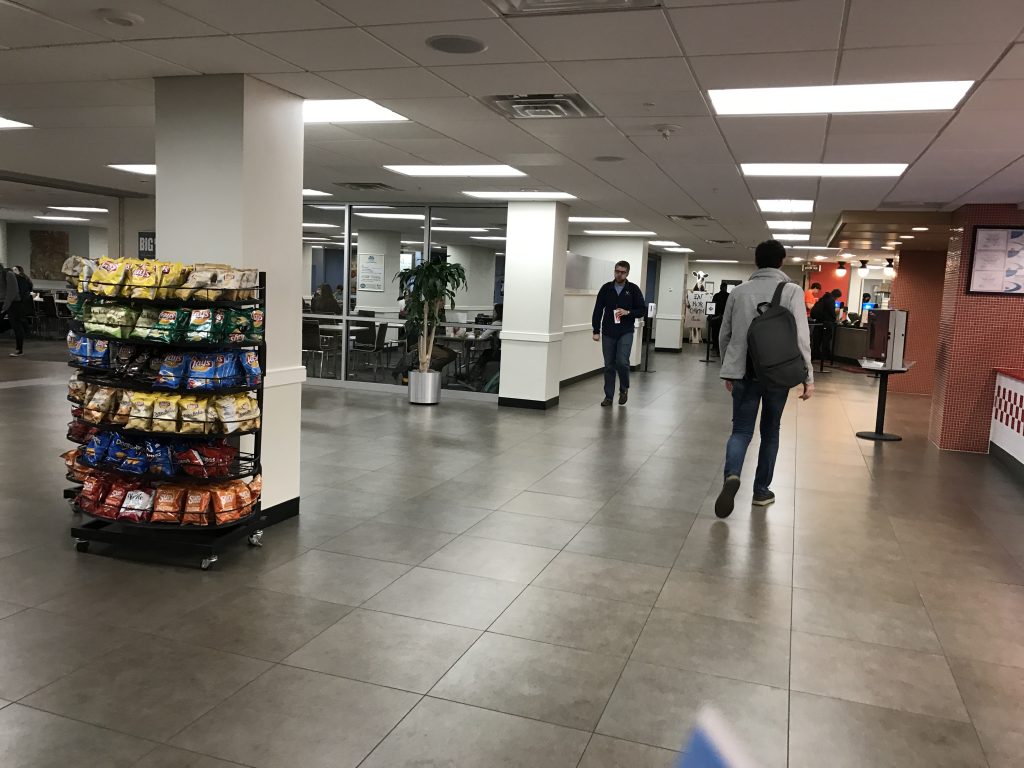 So empty. Such bliss.

The ex who seemed like a good idea at the time, then you saw how unhealthy they were for you – Newcomb

Newcomb. Our first couple weeks with you seemed awesome. You showered us with corndogs, tacos and every type of dessert we could imagine. We were blinded by your cheesy pizza and tater tots. Until we saw the truth. You’re not as good as you seem. It’s impossible to find a spot around lunch time and you’re never open on the weekends. We trusted you, but some things weren’t meant to be. Sorry not sorry this Freshman 15 is so not worth it. 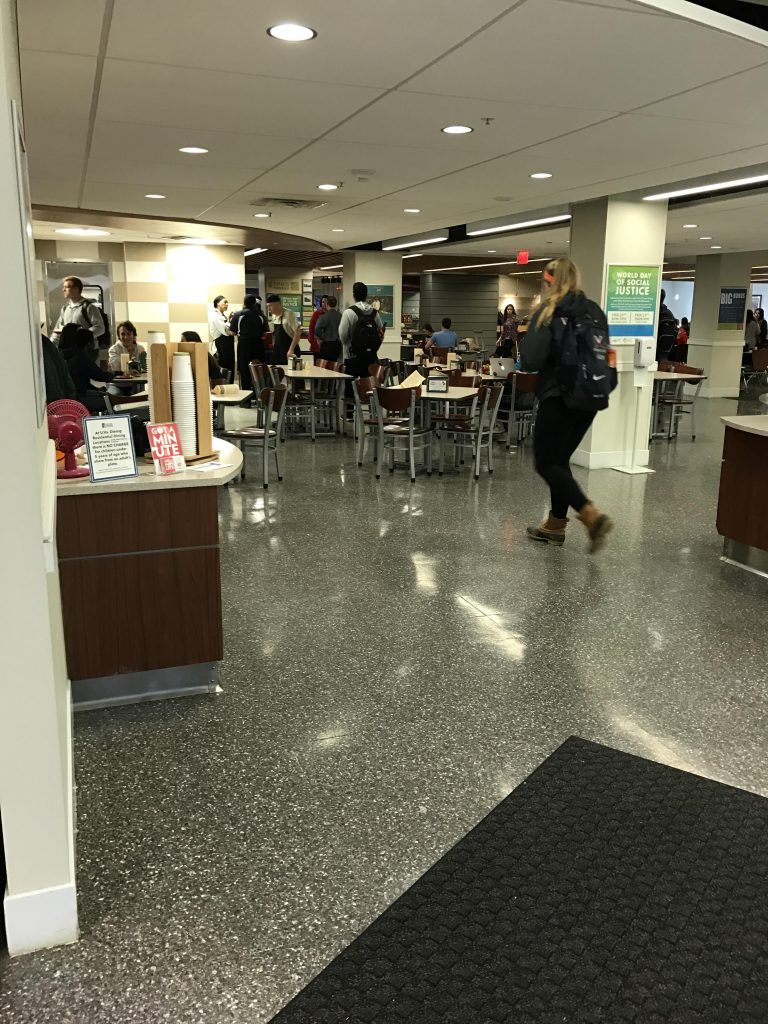 11:40 aka right before the lunch rush

The ex who betrayed you – N2GO

You met, you found out that chicken was on the meal exchange, you fell in love. You went to see them every time you were studying at Clem or Alderman. Then they changed. They started serving you chicken that had more bone and skin than actual meat. You found yourself coming back at ungodly hours of the night and spending $15 on lasagna and mini pizzas. They were just using you and you can’t forgive them for it. You’ll walk in every now and again and give the chicken a cold glare and you might think about getting back together for old times sake. Maybe one day, when they go back to the old them. 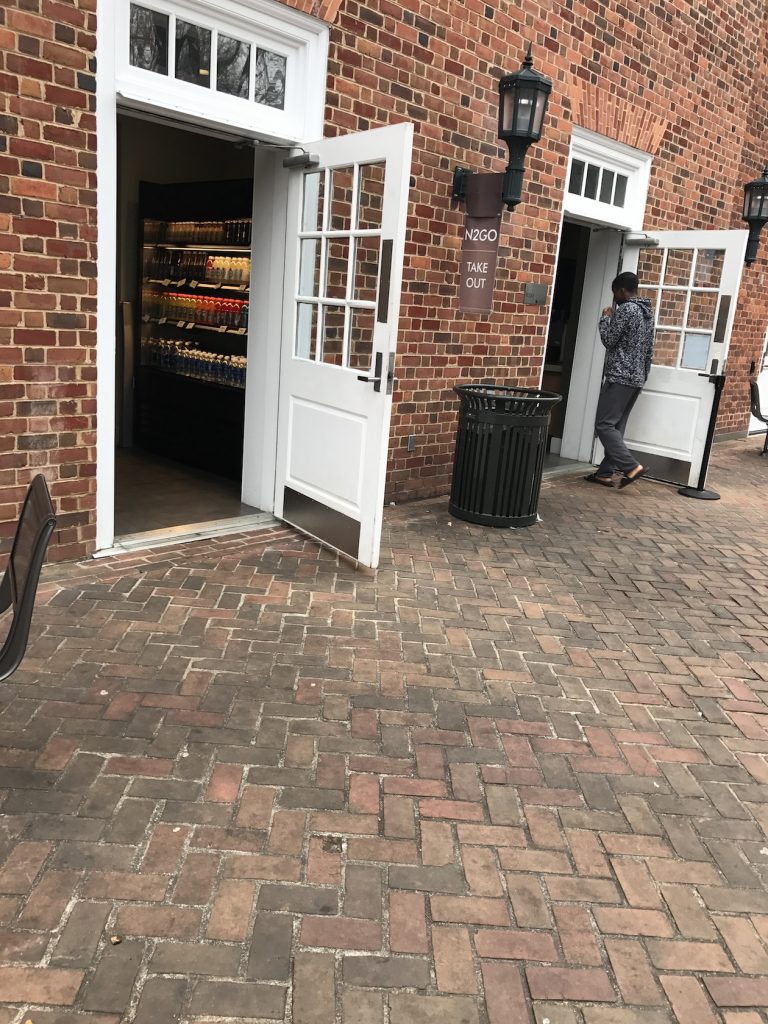 At least its always open

The ex you are embarrassed about – Croads

Alright. Admit it. You used to love Croads in its First Year glory. Late night double cheese pizza and burrito bowls practically for free? Sign me up! But once the pizza cheese started sliding off its crust and the chicken in the bowls started looking like mushy cereal, you got the hell out of there. Yeah, we were together, we won’t deny it when you’re around, but if anyone asks, we don’t know you.

We’ve all heard great things about them. Hell, you even Googled them. But then you saw they live so FAR and no one’s tryna get that dining hall food when you’re right next to Bodo’s anyway. Sorry, it’s just not going to work.

The one who you introduce to your parents – West Range

They are the complete package. Healthy food, meal exchange this semester, fancy seats. You made sure you brought your parents here so they wouldn’t have to suffer through O’hill. But then you realized that if you wanted to eat before 4 pm you would have to spend roughly $11 per meal. You’re just too broke for them. They deserve someone better.

The one who is studying abroad – The Castle

Old Dorms kids had some great times with the Castle. But now The Castle announced they are leaving after this semester. They put out everything they have and try and rope you in. But you can’t be fooled, you know you can’t get attached. Maybe you’ll see them next year. Probably not though.

UVA dining, not going to lie, you’ve done us dirty sometimes. But you’re always there when we need you (but please stop using Saturdays and Sundays as an excuse to always have breakfast and not make any other food). We regret dating some of you and we still miss a few others. But in the end, we can all agree that even though we sometimes hate it, only we can hate on it (looking at you Tech friends who come to visit and subsequently shit all over the food).