Fashion for a Cause was not what I expected

UVA held its very own fashion show and I really didn’t want to go, now I hope they do another one

UVA students took part in a show called Fashion For a Cause (FFC) on Nov. 19th to raise money for local charities. These included Loaves and Fishes, which provides food to low-income families, and Growing for Change, a charity that aims to help low-income families build their own gardens. 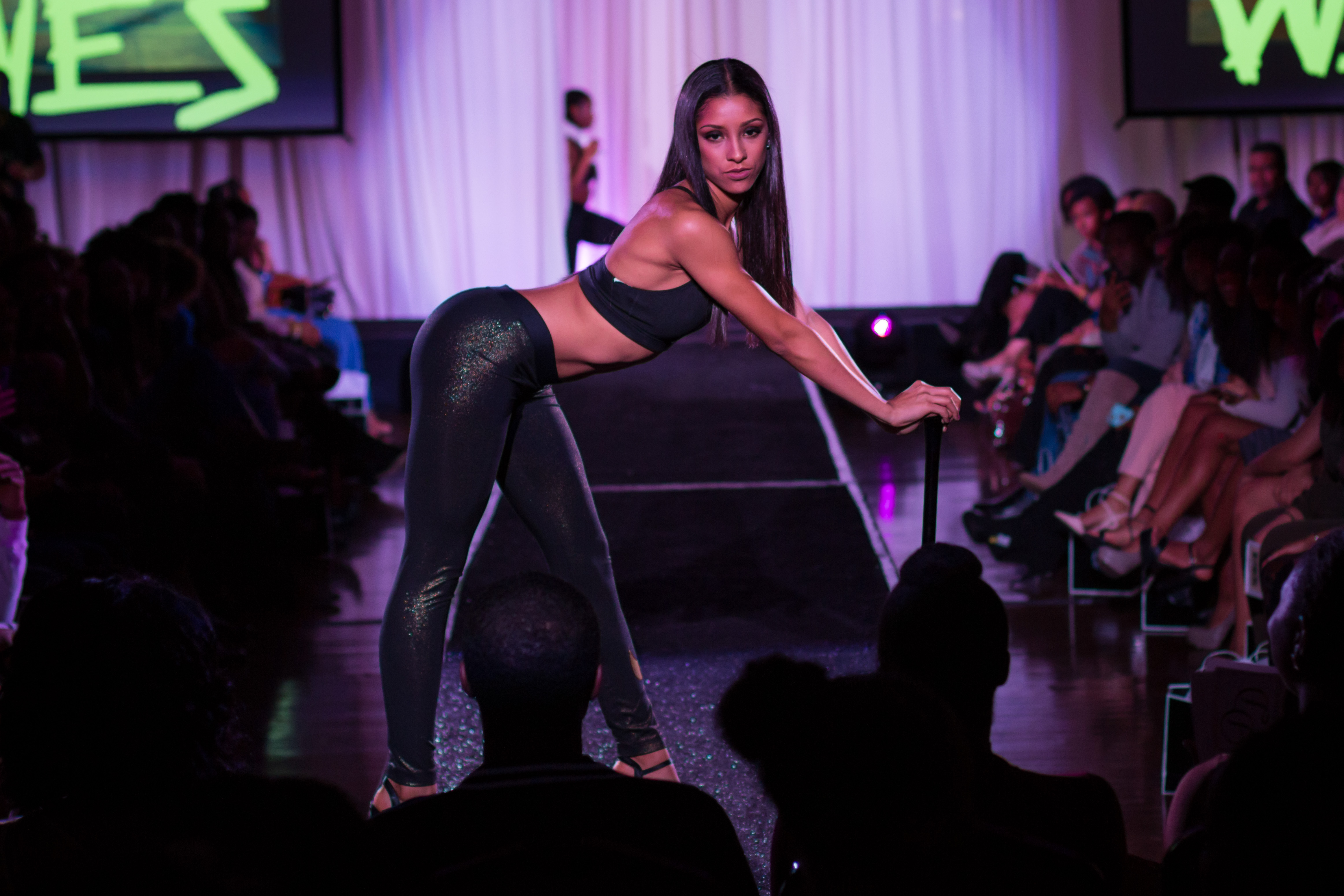 Although these are – of course – noble causes, I must admit that I was ignorant of them before I went to the show. And, to put it nicely, I had a few reservations.

My friend who was modeling in it had roped me into going, and he had failed to mention what the show was for or that the theme would be KanQwest.

Don’t know what KanQwest is? Neither did I. 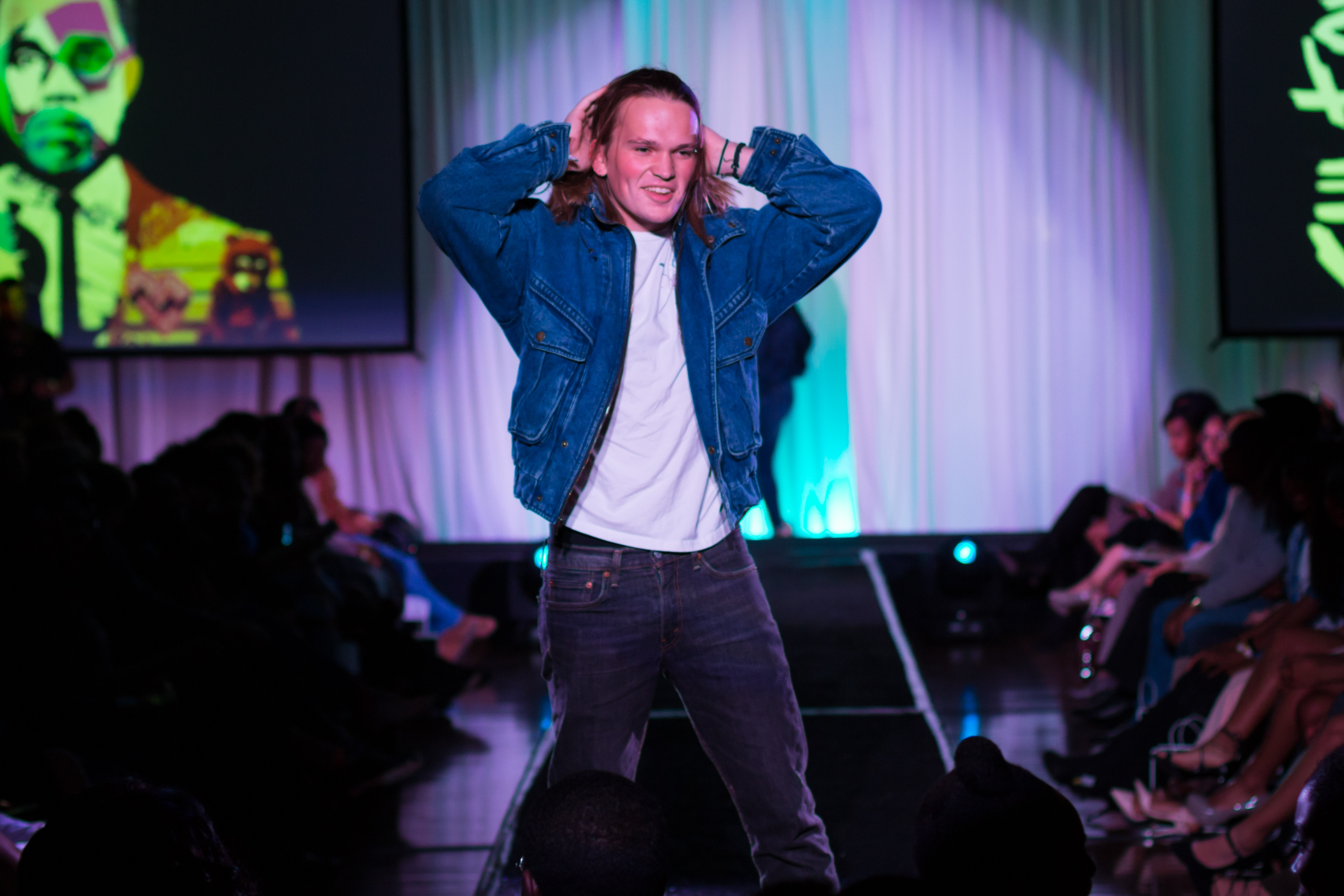 Destiny Dobbins, the tiny and charming director of FFC whose real name is actually Destiny Dobbins, later explained to me that the theme was inspired by Kanye West. She told me that Kanye was chosen because he “is a hot commodity” and “a lot of people hate him, a lot of people love him and he is politically controversial.”

Quickly, though, the theme became quite clear. A video reel was projected onto two screens showing the FFC members describing Kanye West in one word; they started using words like “brave,” “honest” and “unique,” at which point I thought to myself “nuts,” “weirdo” and “Trump-supporter.”

But how wrong I was.

As soon as the first model walked on stage to the thunderous sound of “Blood on the Leaves” the crowd erupted with screams of encouragement. Alumni Hall, which had only minutes previously been calm, turned into a carnival. 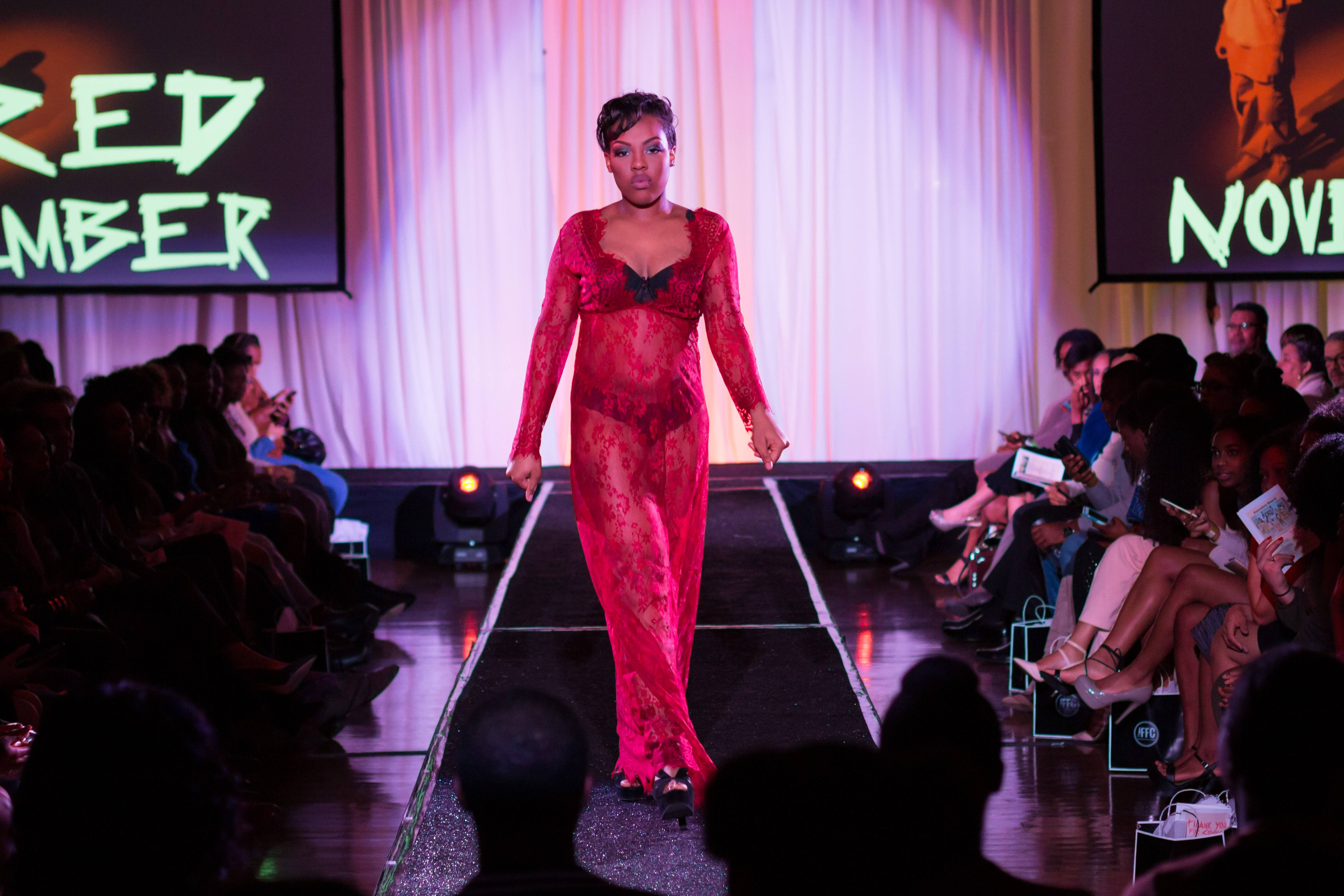 With my worries abated I began to party with the rest of the spectators, cheering on the models as they strutted down the catwalk. And these weren’t your typical models: the catwalk was open to people of all races, sexualities, shapes and sizes, which was a refreshing change from the muscle clad men and 7-foot women normally seen at a fashion show.

The directors were also conscious that the show was not just about having a good time. In a section labeled “New Slaves” models walked on in hoodies and duck tape over their mouths whilst videos of police brutality against African Americans played in the background. 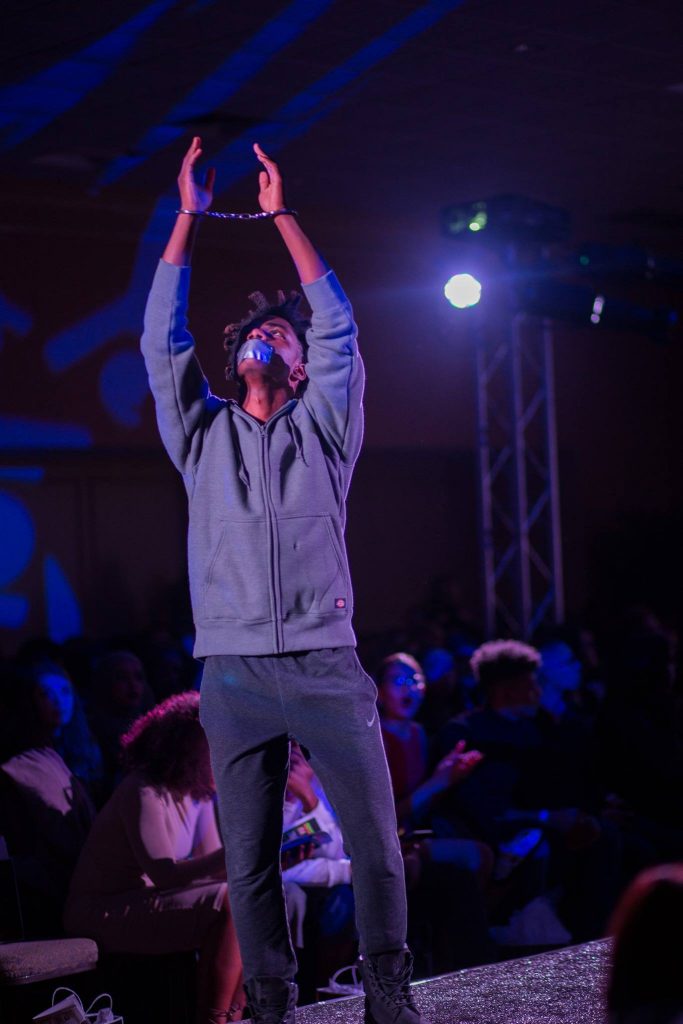 If being one of a handful of white people in attendance was a small clue of what the artistic intentions of the show would be, this was the part that made it abundantly clear. Destiny Dobbins told me that this goes back to the foundations of FFC, which originated after splitting from PRIDE in 2010, a magazine targeted at black UVA students.

Although this empowering scene gave me goose bumps as I watched, and even received a standing ovation from some members of the audience, it did make me question the section that preceded it. Previous to this, models wore camouflage and posed with fake guns. While I don’t take issue using a scene of the show to condemn violence against the African American community, or seeing provocative objects, I think consistency about such an important issue would not have gone amiss. 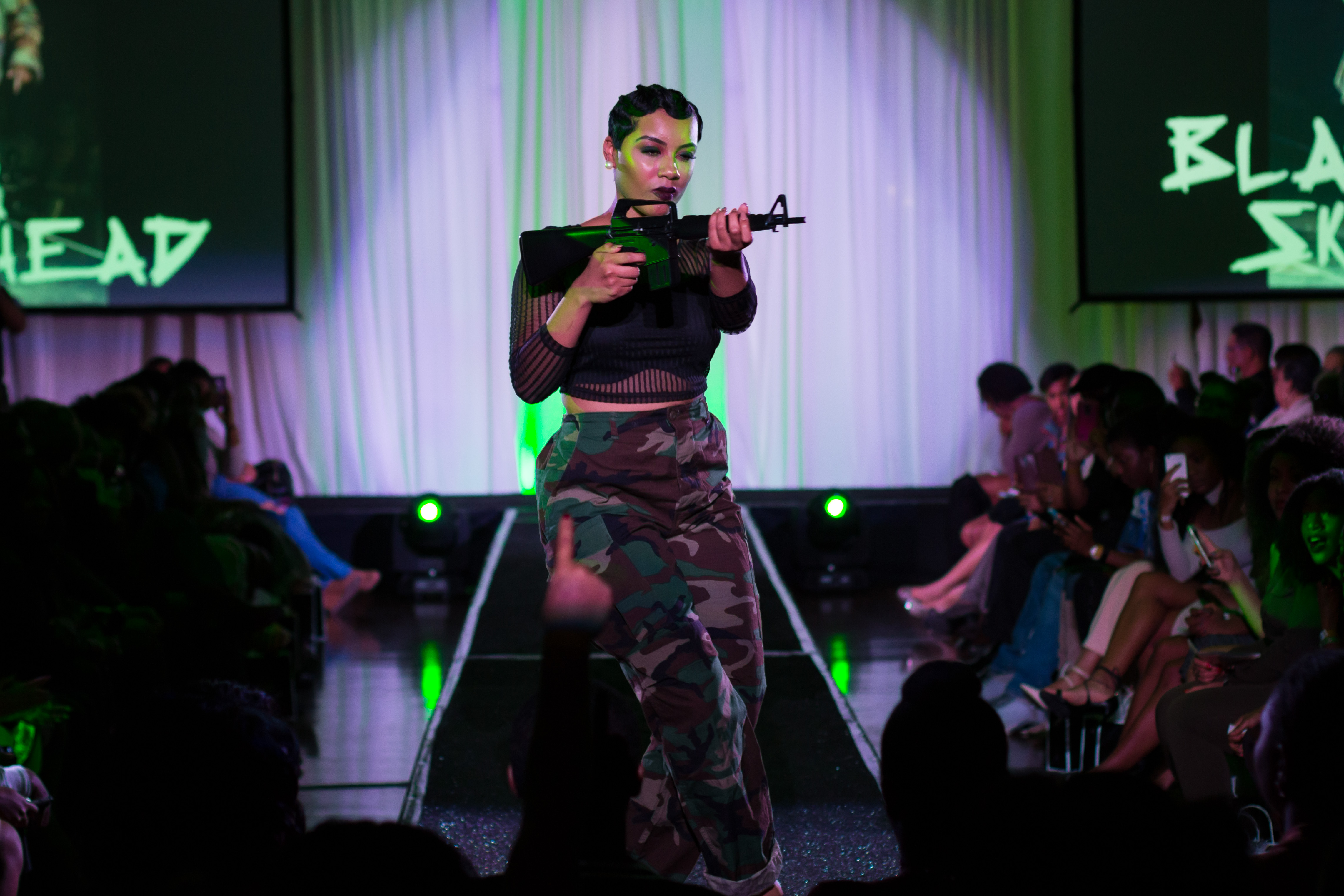 Regardless, the show was a triumph raising nearly $2,500 for charity, not including a $2,400 GRE scholarship won in a raffle by an audience member.

All in all the organizers seemed to know what the crowd wanted before they even arrived. The music was loud enough to dance to but not loud enough to deafen, the models entertained and there was even an intermission. And, most importantly, it was all done for a good cause.

P.S. FFC is still raising money for these worthy causes.

(If you donate enough they might do another next semester).