What your laptop stickers say about you

You can definitely judge a Macbook by its cover

Laptop stickers: you either love them or hate them and there’s no in-between. Some people like the look of the clean laptop, especially with the nice glow of the apple on the Macs, while others cover the entirety of the surface. For those who do rock the sticker look, their choice of laptop stickers can reveal a lot about their personality. 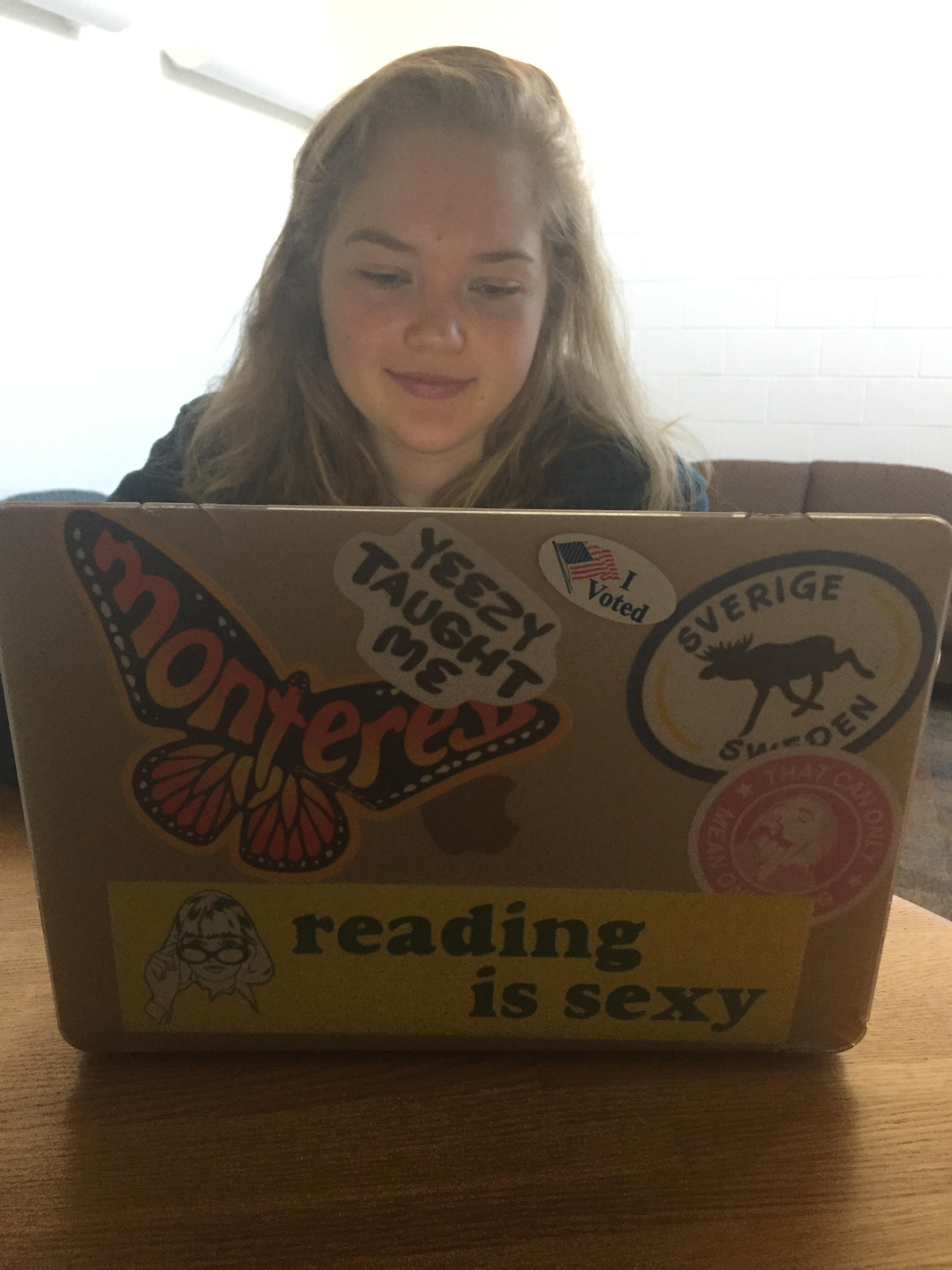 From her “reading is sexy” sticker it would make more sense if she were an English Major, but of course English Majors aren’t the only ones able to enjoy a good book. The classic “I voted” sticker shows she is a citizen who exercised her civic duty in the past election, which is interestingly placed next to the “Yeezy Taught Me” one.

Could she be in support of Kanye for President? Possibly, but one thing’s for sure – she is a definitely a Yeezy fan. She also pays tribute to Drake, and the combination of the two artists on her laptop speaks a lot for her taste in music. A stranger may think she visited Sweden for vacation but her roommate, me, knows that she was born there and lived there for a short period of time which, in my eyes, makes her a certified foreigner. 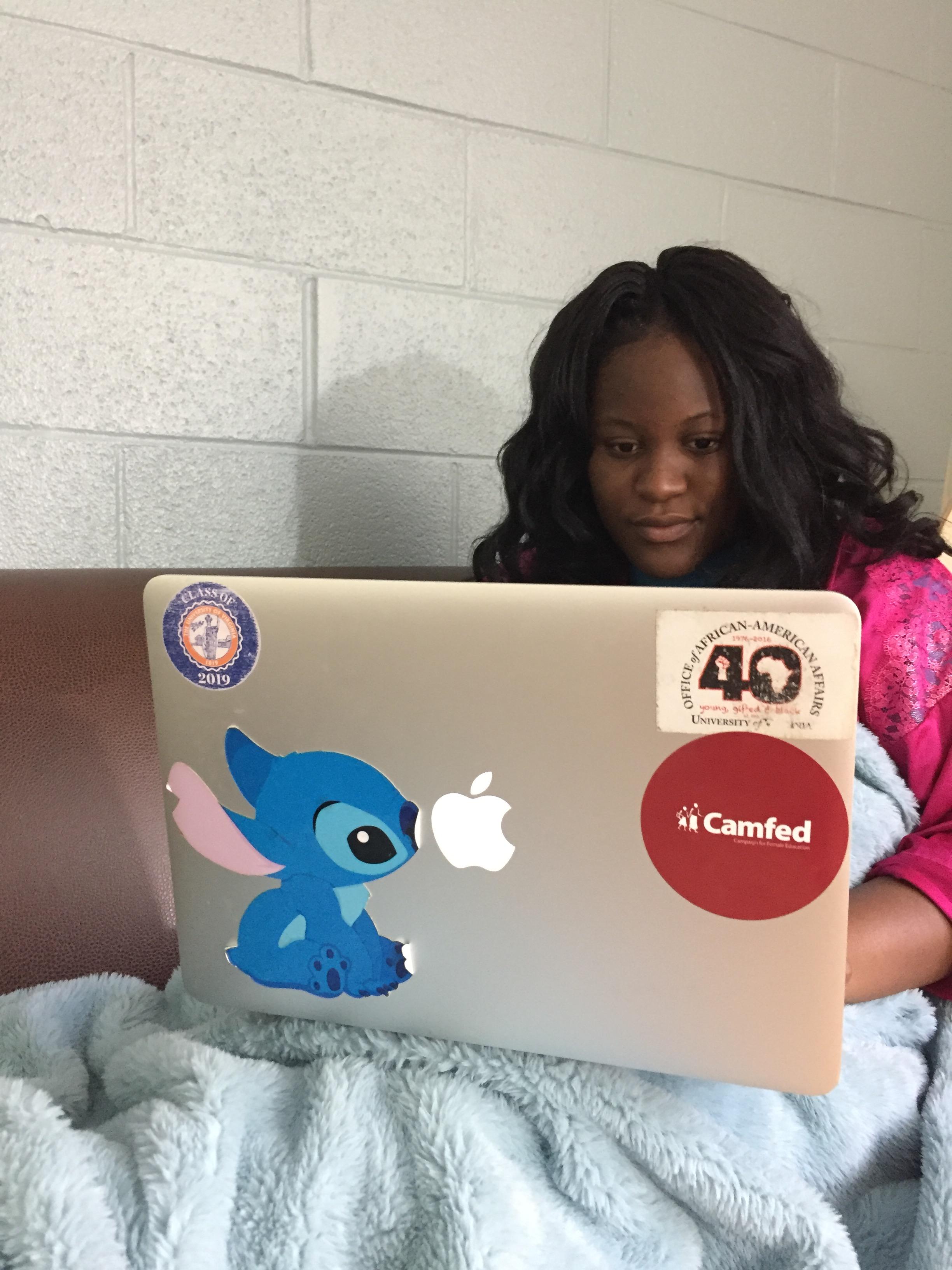 Well who doesn’t love Stitch? For Jahmila, he is obviously her favorite Disney Character. She has the “Camfed” sticker because it was for her help with fundraising money for female education in third world countries. Her “UVA Class of 2019” sticker shows her pride for the University she attends, and the “OAAA” sticker, which stands for Office of African American Affairs, is on her laptop because they have been very helpful to her here and the sticker celebrates their 40th anniversary. 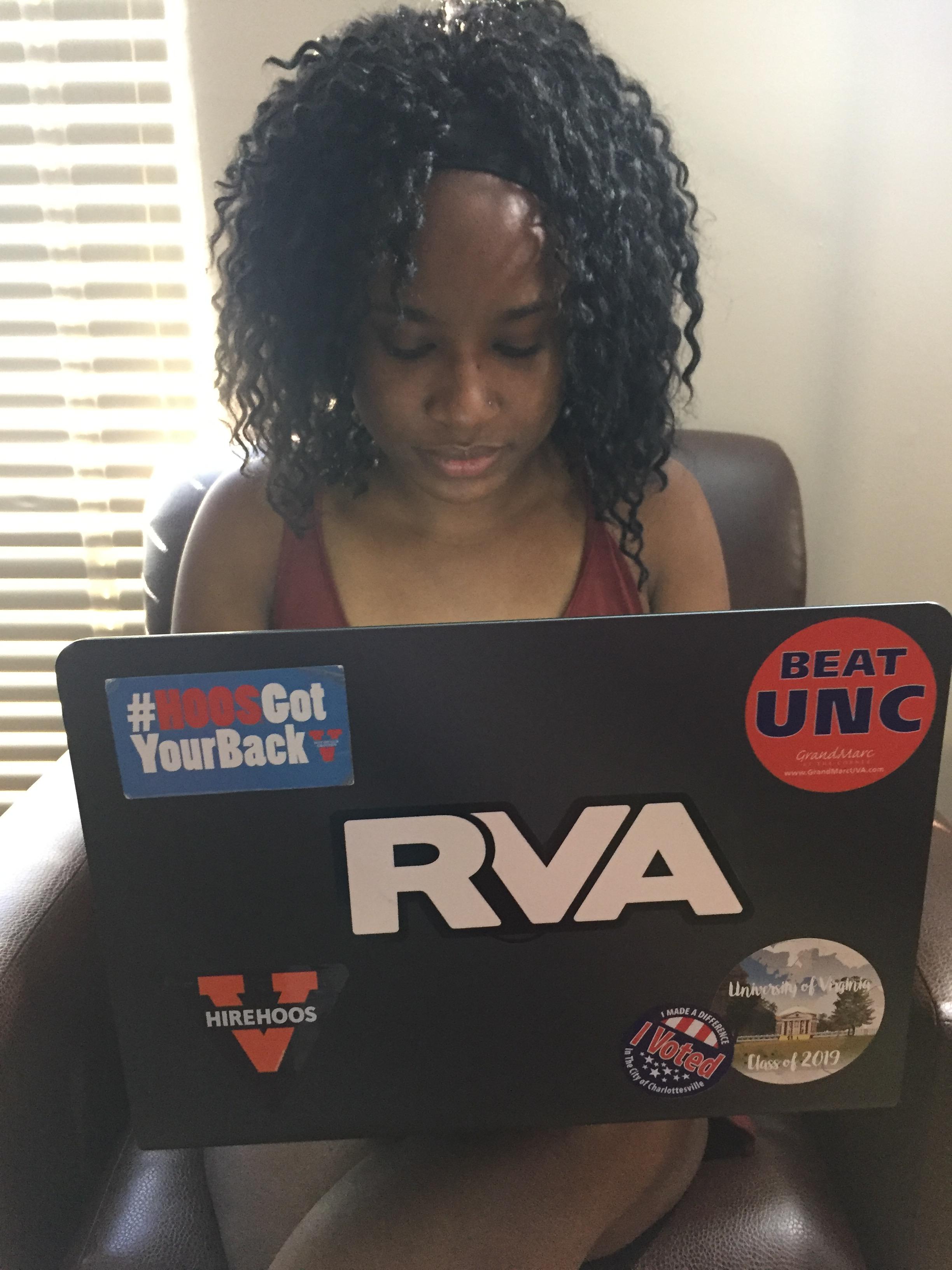 Deja says that most of her laptop stickers are there just because she doesn’t want a bare laptop. However, the newest additions represent things that are important to her. The “I voted” sticker shows that she went to the polls this past November and was able to participate in a presidential election her very first time. The “RVA” sticker represents the city of Richmond. Being from the area myself, I know Richmonders are proud to rep our city.

What to do with these new skills?

Of course, laptop stickers can only represent so much of the owner of that laptop, but hopefully these newfound skills may at least lead to stickers being a great conversation starter. Some people have probably even made friends that way, who knows!